'The Run-In' will feature alongside each game's match preview to offer insight into our final games of the season, and the impact each round of fixtures could have on the final standings...

Bouyed by a comeback against Doncaster Rovers, the Gas bring confidence into the final six games of the season, with the first, arguably the descisive game, as they hit the road to face Northampton Town.

Both sides, alongside AFC Rochdale, Wigan Athletic, AFC Wimbledon and Swindon Town will be take the focus of 'The Run-In' as we check out each clash that may have an impact at the foot of the table. 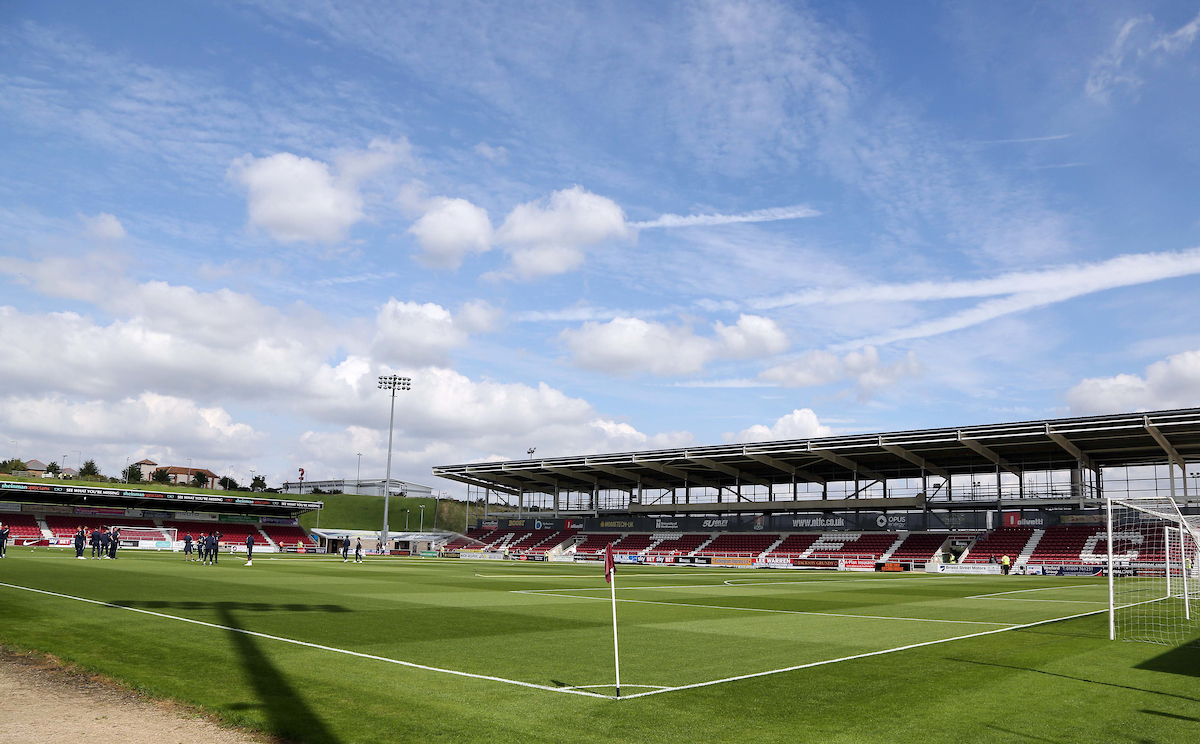 Obviously the most pressing concern to Gasheads this weekend will be the fixture involving their beloved side, in a relegation 'six-pointer', the only clash between two sides in the bottom six this weekend, and the Gas' last meeting with a side in the relegation battle this season.

Rovers currently sit just two points behind the Cobblers, just inside the relegation zone, meaning victory on Saturday would lift them out the drop, leapfrogging their opposition. At this stage, goal difference may become a factor, with the Gas currently level on goal difference with Northampton Town and Swindon Town, who occupy the space between Rovers and Northampton.

Victory for Northampton could put them in the driving seat to escape the drop this season, with 3 points on Saturday taking their lead over the Gas to 5 points. With it unlikely all other sides in the bottom six battle will pick up maximum points, this could clear them out of the drop-zone.

Both Northampton and Rovers have played 40 games, the most of the six teams at the foot of the table.

When both sides met earlier in the season, Rovers emerged as comfortable winners under Ben Garner at the time, with Brandon Hanlan winning and scoring a penalty on the 55th minute. A sending off for Joe Martin furthered the pressure on Northampton and Jack Baldwin was able to double the lead with just over 10 minutes to go.

Since then, both sides have seen changes in management, with Keith Curle sacked and Jon Brady stepping in as caretaker manager. Northampton Town's results have improved dramatically since the sides first met, with Brady's side often digging out results without dominating games.

Ryan Watson has largely been responsible for the upturn in form, with his seven goals since the 20th February proving vital in Northampton's fight against relegation. 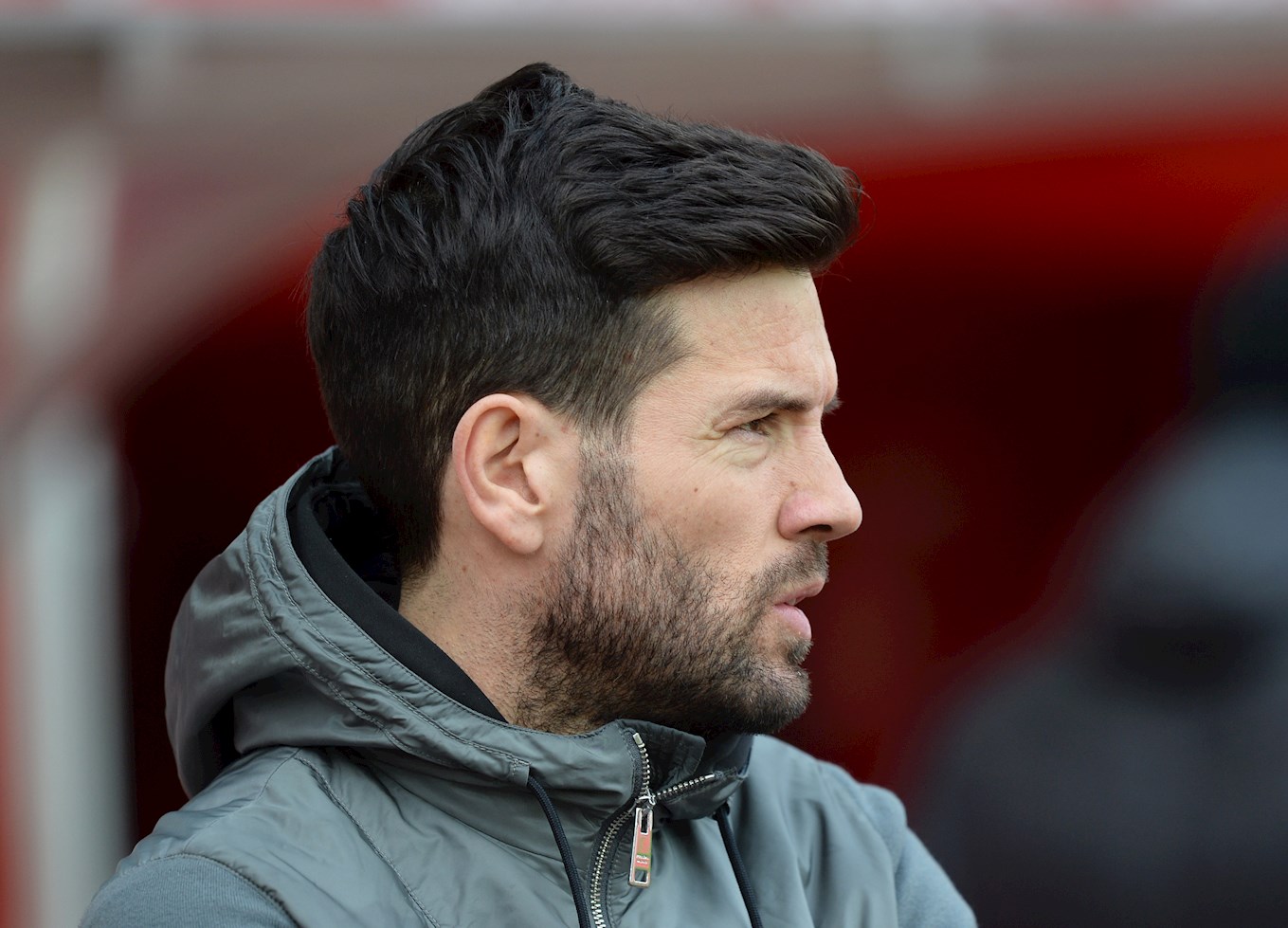 Rochdale have endured a tricky run of fixtures over recent weeks, but have not been disgraced in the slightest, despite currently sitting at the foot of the table. An impressive win over Lincoln City followed up by a 3-3 draw with Peterborough showed their quality in mid-March. They then had a tricky Easter weekend, losing by one goal to the Cowley's Pompey side, before grinding out an impressive 0-0 draw with Ipswich Town.

Joey Barton will be wanting a favour from his former side this weekend, with Fleetwood Town sitting comfortably in mid-table. The Cod Army have witnessed a mixed bag of form recently under Simon Grayson, securing a 2-0 win over Ipswich in March but following that up with defeat to Swindon Town. On Easter Monday they did the business away from home against another relegation battler in AFC Wimbledon, winning 1-0 with an 88th minute winner.

A win for AFC Rochdale won't see them jump ahead of the Gas in the relegation battle, but it will put them in touching distance with two games in hand on Rovers. They'd go one point behind Rovers, and pull themselves back into the middle-pack of the bottom six providing other results went their way. 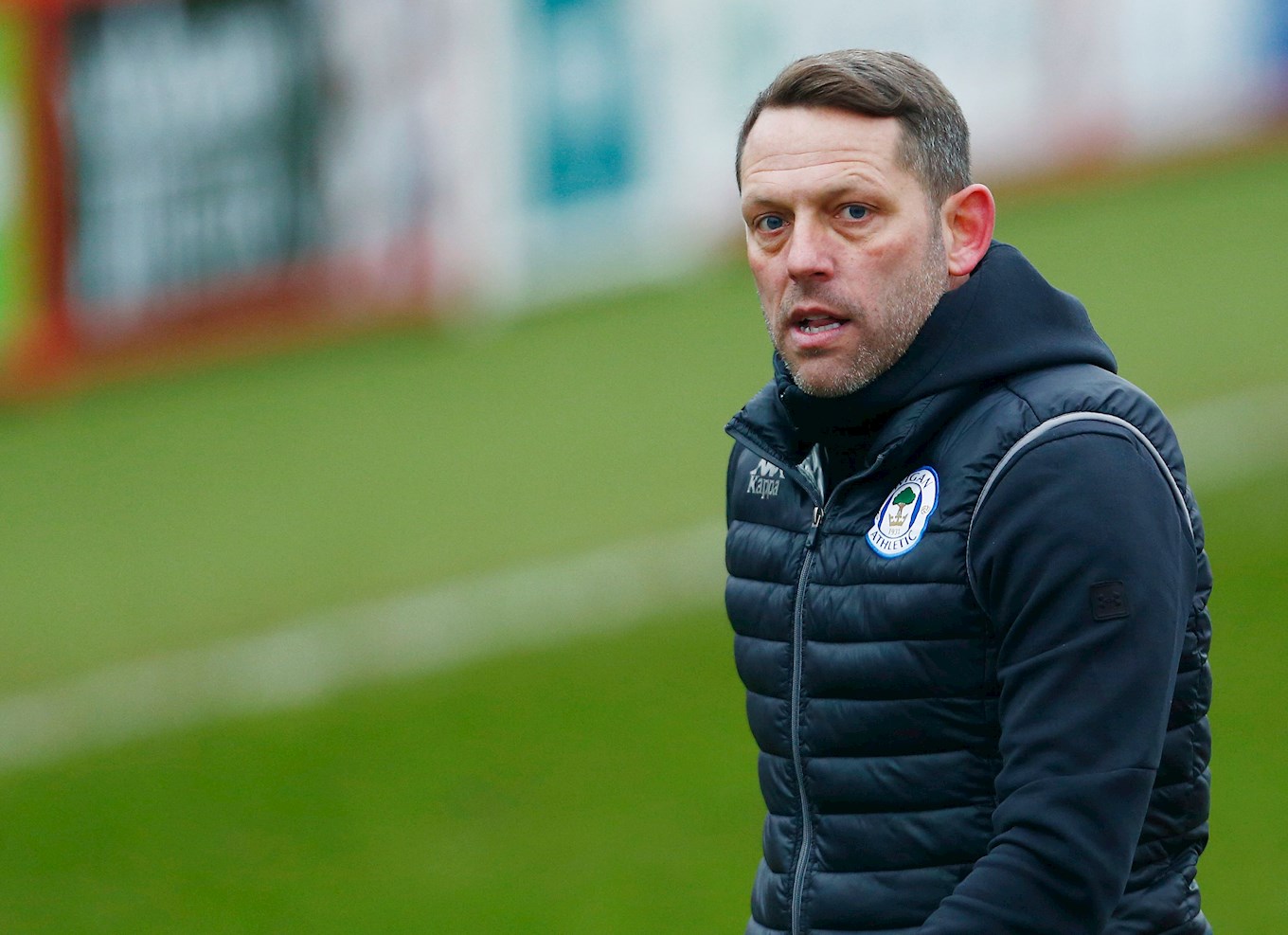 Wigan Athletic travel to the Keepmoat Stadium this weekend to face a Doncaster Rovers side very much still in the play-off picture, just five points off 6th place with a few games in hand on sides around them. Doncaster will want to recover quickly from defeat at the hands of the Gas on Easter Monday, but their form shows little signs of doing so at present.

With no wins in their last five, Doncaster have struggled since Darren Moore left for Sheffield Wednesday. Andy Butler has taken the reigns until the end of the campaign, but his only point in the last five games has come in a 2-2 draw with Gillingham away from home. Doncaster's last win came all came over a month ago, on the 6th March against Plymouth Argyle at home, and Butler will be hoping his side can rediscover the performance levels from that game this weekend.

Following a win over the Gas in Barton's first game in charge, and further victories against MK Dons and Plymouth Argyle in the weeks after, Wigan looked like favourites to avoid the drop. However, recent frustrating results have allowed them to sink back into the mix.With a game in hand on the Gas and Northampton, the Latics currently sit two points from safety. That does mean a win this weekend could propel them back out of the danger zone though, but the Latics will have to put a run of 5 games without a win behind them if they're to do so.

Callum Lang leads the scoring charts for Wigan this season with seven to his name, with his last goal coming on the 20th March against Accrington Stanley. 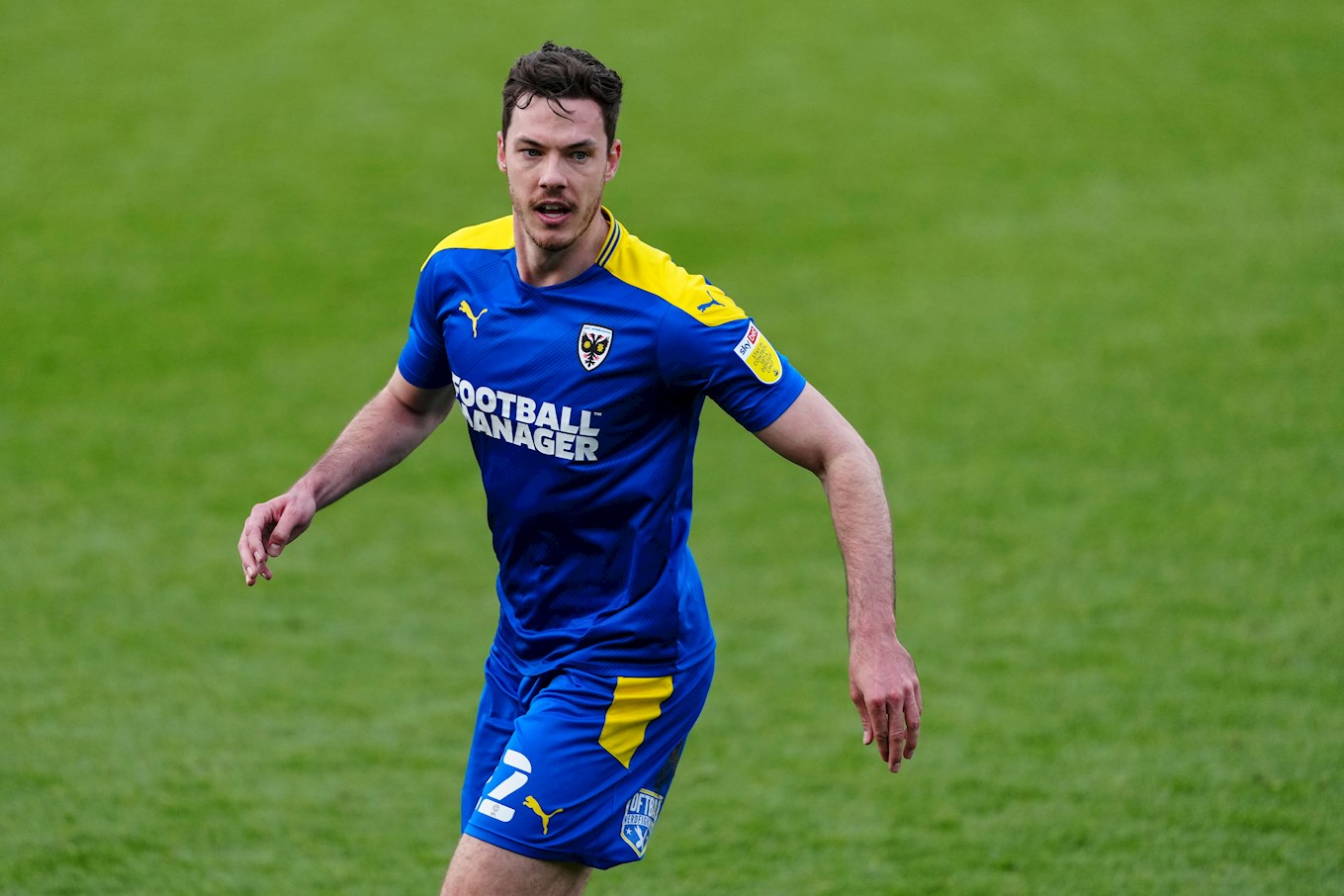 AFC Wimbledon meet a very similar beast to Wigan's opposition this weekend, a side still in the hunt for the play-offs, but perhaps not firing on all cyclinders like they have earlier in the campaign. Rovers fans will note the contrast in performances between the Gas' meetings with Stanley this season, and will hope they show their quality at the Wham Stadium against a Wimbledon side hot on Rovers' tail.

It's been a mixed-bag since Stanley were defeated by the Gas on the 9th March, with John Coleman's side going on to lose against MK Dons and Sunderland before seeming to turn a corner with a comeback victory over Wigan.

However, a heavy 7-0 defeat against Peterborough United exposed the frailties of Stanley as they were punished without mercy away from home. A response is to be expected from John Coleman sides though, and a 0-0 draw with Burton created a solid base for a victory over Oxford United on Easter Monday. In many ways, the 7-0 drubbing may have been what Accrington needed to kick on in the late stages of the campaign.

AFC Wimbledon hold two games in hand on both the Gas and Northampton and sit just a point behind Rovers,  with a goal difference of -25, one less than Rovers. A win on Saturday could take them clear of the relegation zone, but with Northampton playing the Gas, it won't be possible for them to sit at the top of the pile by the end of the weekend.

Five points in their last five games has put Wimbledon in a solid position ahead of the final run-in, showing an ability to get results against the sides in and around them in the table while grinding out points here and there against those higher up.

A draw at home against Wigan was followed up by another home draw towards the end of March against Charlton, before Wimbledon concluded the month with a vital 1-0 win over fellow relegation candidates Northampton. Since then, they have lost two in a row by the same margin, at first away from home against Plymouth before losing at home to Fleetwood. 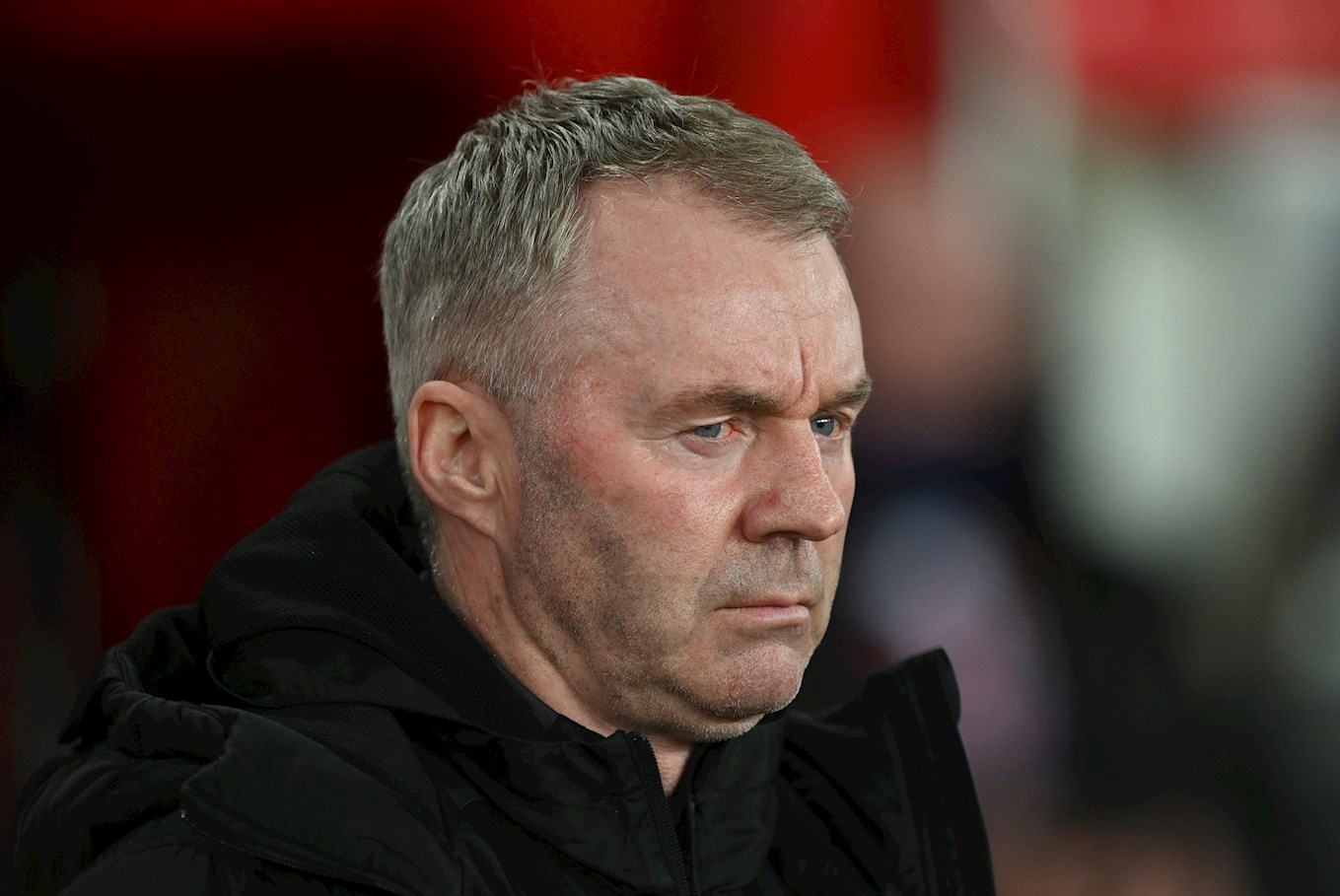 Former Rovers striker Jonson Clarke-Harris has got into the habit of doing the Gas a favour against fellow relegation candidates, and Gasheads will hope the powerful forward can do a job again this weekend. His side travel to Swindon, the only side other than Northampton Town in the bottom six to be playing at home on Saturday.

Peterborough form part of a three-horse race for the two automatic but are currently looking to rebuild their early form following a tricky March. Defeats against Burton and Hull City dented the Posh's chances of running away with the League One title, and results later in March like a 3-3 draw with Rochdale, and a 3-1 loss to Blackpool pulled them back into the pack.

However, a 7-0 win over Accrington proved to be a turning point with a 1-0 win over Fleetwood Town following, and a fiercely fought 1-1 draw with fellow front-runners Sunderland taking place on Easter Monday.

Two wins in the space of 3 days did Swindon Town the world of good in their hunt for survival as they clinched victories over Fleetwood and the Gas on away turf. However, defeats following those wins have put them right back in the mix, on the same point tally as Rovers and only ahead on goals for, but with a game in hand.

A win over the Posh on Saturday could propel them to the front of the bottom six and put them in a commanding position for the run-in.

How the table could look...

In the Gas' best case scenario

Odds based on Sky Bet favourites...