Rovers defeated by Lincoln City at the Mem.

Anthony Scully’s first half goal was the difference between the sides at the BS7.

Rovers were reduced to 10-men when Ed Upson was dismissed for an incident with Brennan Johnson midway through the first half – the episode saw two Lincoln men booked in the process.

There was chances for Rovers in the second half, as both Harries and Leahy went close with headers, but Lincoln held on to preserve their narrow lead to claim victory.

Heading into the contest, Rovers made two changes to the side that faced Northampton Town.

Alfie Kilgour completed a return from an ankle injury to feature in the starting XI, replacing Jack Baldwin, as Brandon Hanlan dropped to the bench in place of Josh Hare.

The visitors also named two changes in their line-up, with both TJ Eyoma and Lewis Montsma returning for Michael Appleton’s side. In the opening stages, Rovers marked the initial ten minutes with a bright attacking display. 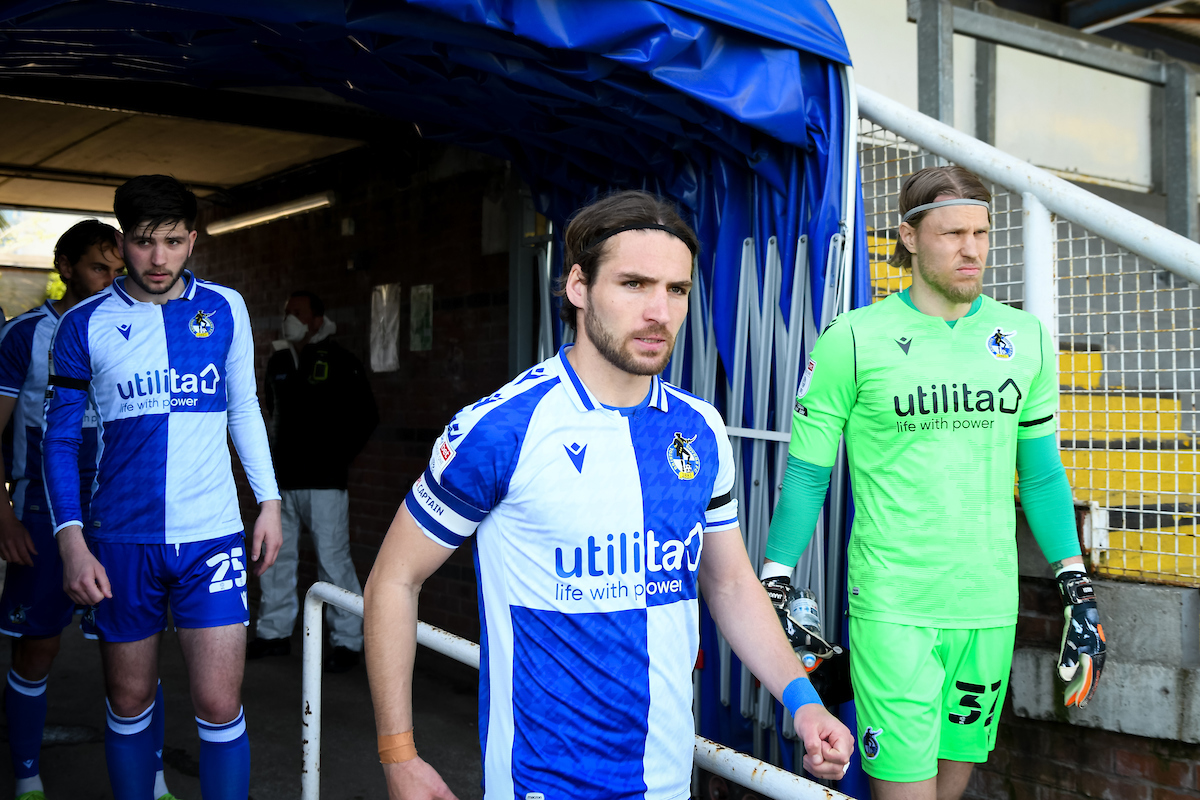 From an early corner, Alfie Kilgour contested an aerial battle to plant a header towards goal, with the defender’s effort clipping the crossbar.

The chance was quickly followed by an opening for McCormick, who darted to be first to the ball on the edge of the Lincoln area and struck a first-time effort that carried too much height to trouble Palmer.

Despite Rovers’ energy, it was Lincoln who grabbed the game’s first goal. The move saw the combination of Sully and Brennan Johnson, who was able to carve a way into the Rovers box from the right-hand side. Sully received a return pass and from a tight angle, poised a finish across the face to goal to give Lincoln the lead.

Rovers had to be alert to prevent Lincoln adding a second goal shortly after Sully’s opener, when a routine ball over the top swung into the path of Morton. The striker took a touch to break into the Rovers area, with perfect slide tackle from Alfie Kilgour stopping the Lincoln man getting a shot away. Barton’s side still stuck to the high energy that was on display in the opening stages, pressing Lincoln high up the pitch and committing men forward. McCormick had a further effort from the edge of the area spin wide of the target, a shot that caused Palmer some concern, with a violent dive to his left to get the effort covered. 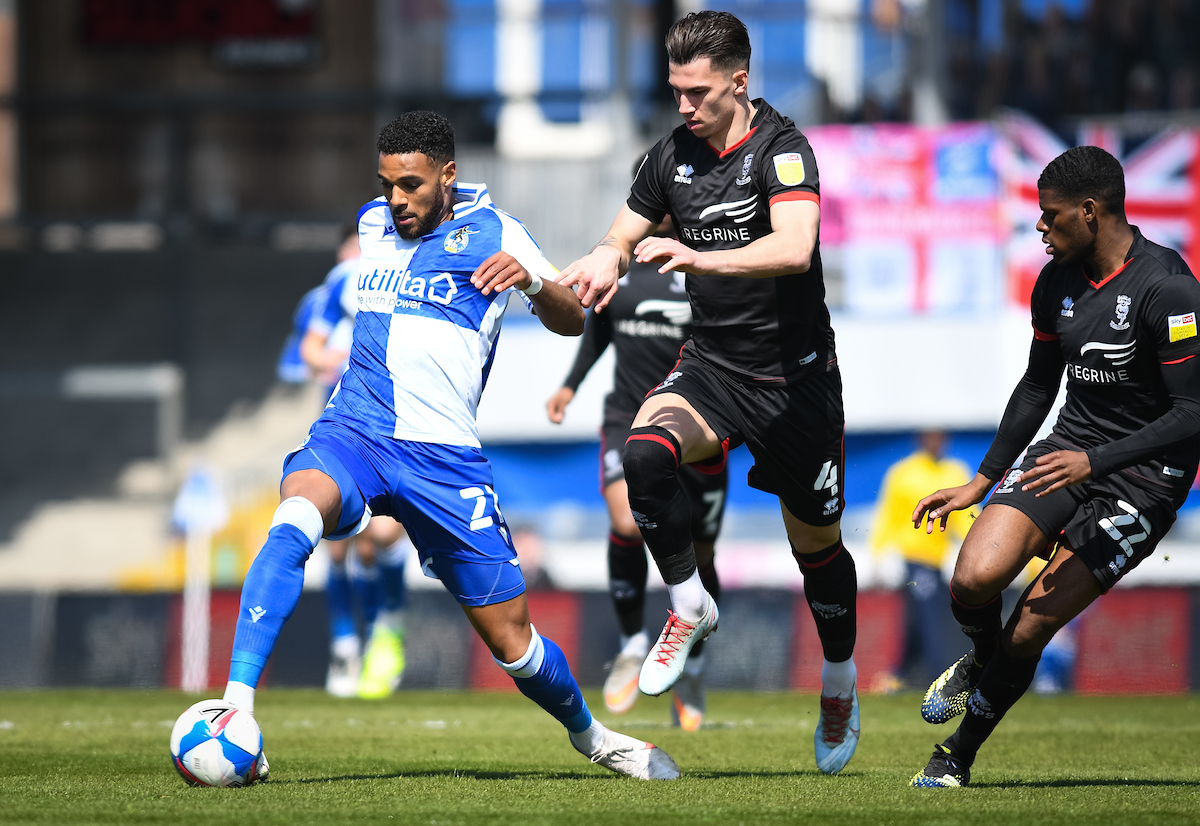 McCormick, who was Rovers’ main outlet in the first half fired a low free-kick into the ball from just outside the box.

A moment of madness followed on the 36th minute as Ed Upson was deemed to have fouled Brennan Johnson on the half-way line. Urgently wanting the ball back, Upson attempted to grab the ball back but was pulled on top of the Lincoln prompting further afters. Tayo Edun came charging into the action, smashing Upson to his feet. After things calmed down, the ref' waved a red card at Upson, while Edun and Johnson escaped with a yellow. 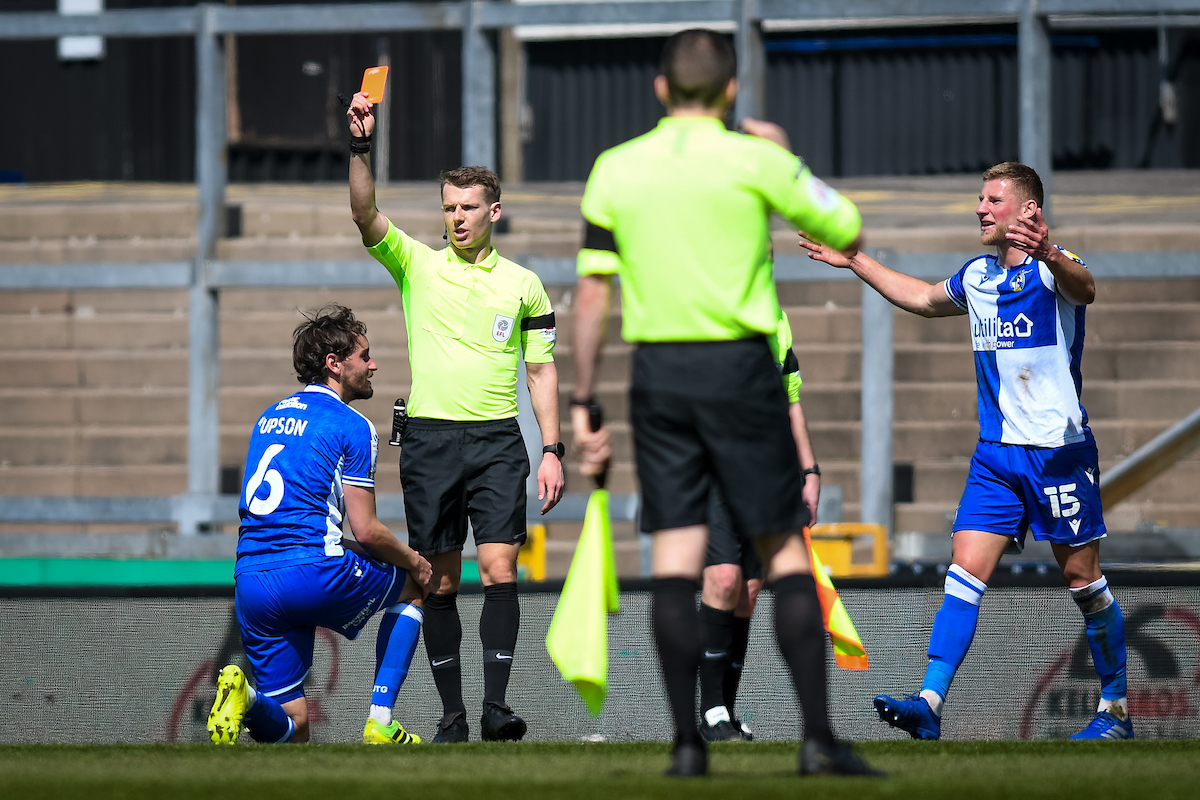 Late on in the half, Luke Leahy would bring down a lofted ball on the left side of the area before striking powerfully at the front post. However, Palmer was alert to the danger and gathered well. The last key highlight in a busy first half. 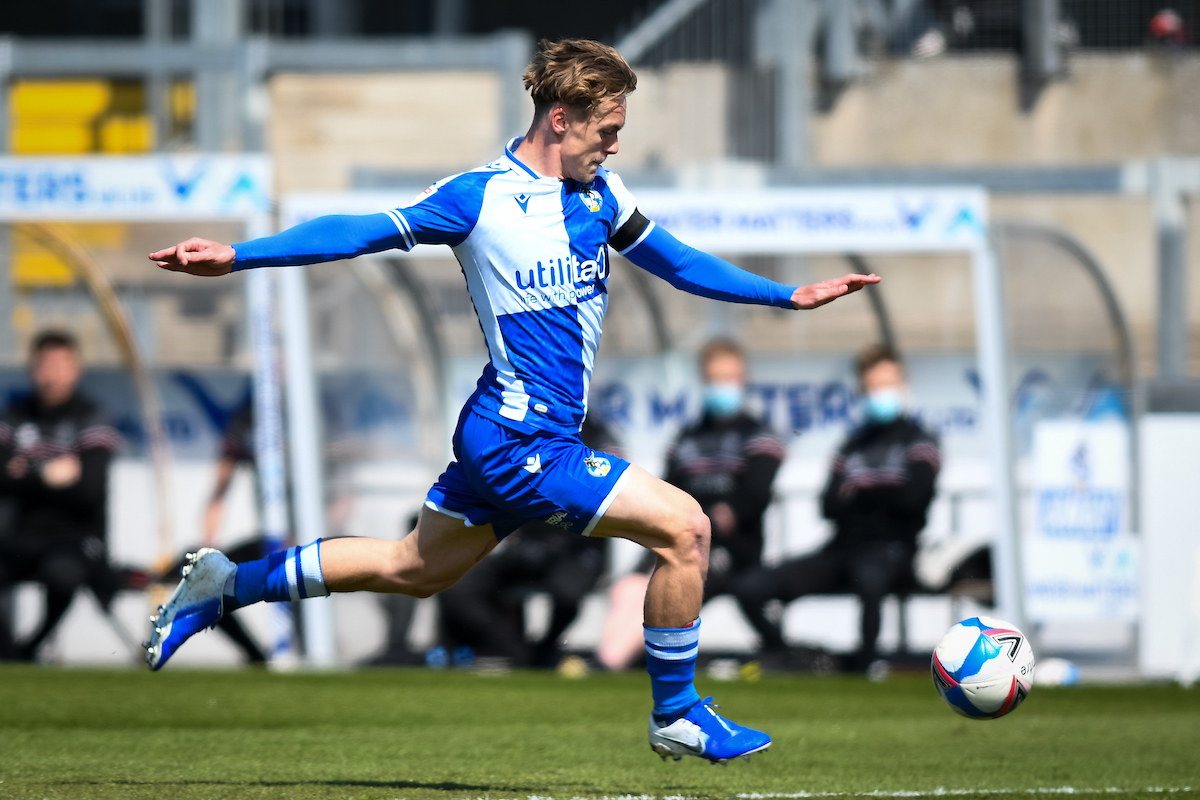 Brandon Hanlan replaced Josh Hare at the break as Joey Barton looked for a way to get his side back into the game.

Lincoln City would start to enjoy more time on the ball following the break with the Gas' numbers reduced, and would go close on the 50th minute. Zain Westbrooke went down after being struck my a flailing arm with Lincoln playing on despite Westbrooke down holding his face.

The ball was worked centrally but the Imps struck just wide of Jaakkola's post. Luke Leahy and Anssi Jaakkola immediately went to protest after the game continued while Westbrooke had a head injury, but were booked for their comments. 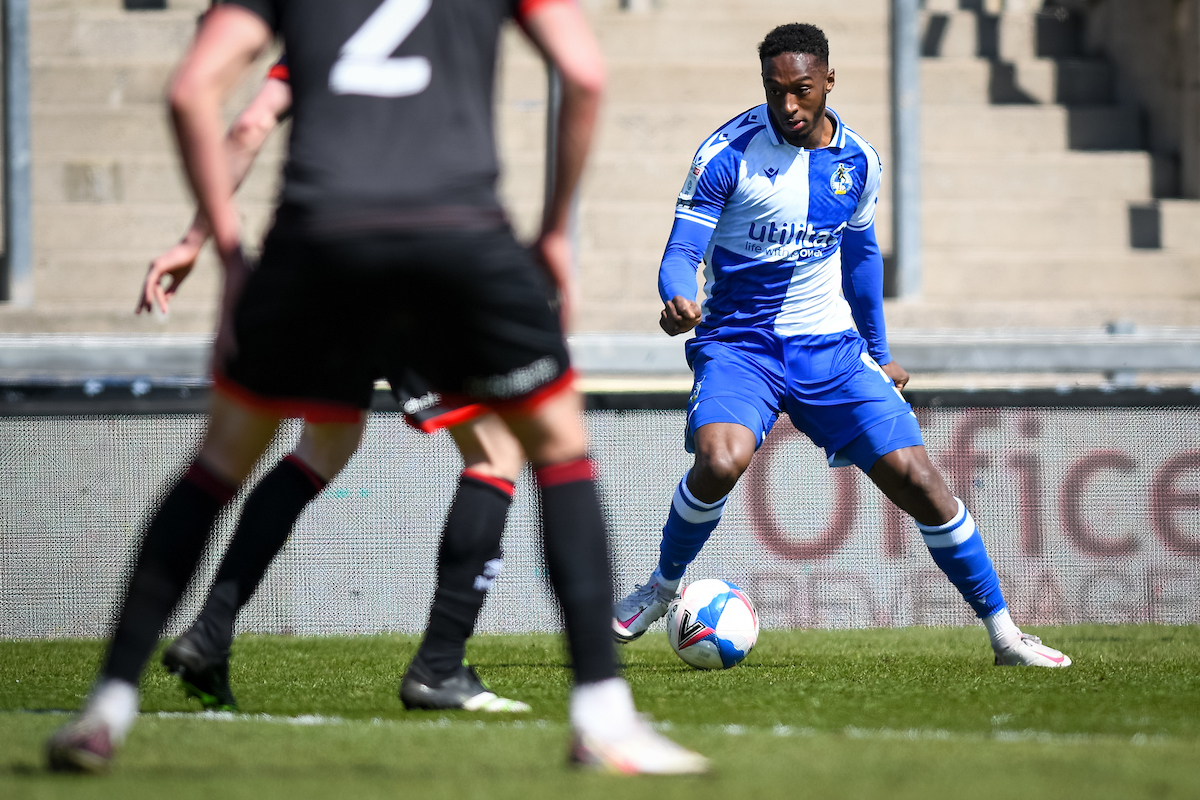 Rovers would flick a header down from a wide free-kick as Harries knocked centrally. It deflected off a Lincoln man to go for a corner, which eventually fell to Leahy at the back stick. His attempted an audacious dink over the 'keeper on the volley, but saw Palmer adjust well to catch.

Up the other end Lincoln missed a golden chance to double their lead as Johnson burst through the centre, his shot found the gloves of Anssi Jaakkola who dove low to his right to palm it out. It ricochetted back to Callum Morton though, who powered a shot high and wide past the left corner.

Bramall would strike a free-kick into the wall from a similar position to McCormick's first-half effort as the game passed the 60th minute. Hanlan stood firm before McCormick hoofed clear the deflection.

Rovers came narrowly close to levelling things up as McCormick delivered a superb free-kick to the back post. Regan Poole could only nod it back across goal where Luke Leahy was looking to loop it back over Palmer. He managed it, but saw his header clip the crossbar and go over. Poole made contact with the post during the chance, going down injured and receiving treatment for a while.

Moving gingerly initially, Poole eventually returned to the field and put Lincoln back to eleven men.

With less than 20 to go, Lincoln would go close to extending their lead from a corner as it bobbled around inside the Rovers box before falling to Morton. He still had to stretch to strike, which gave Jaakkola enough time to rush down the chance and tip the effort onto the bar from close-range.

Erhun Oztumer was brought on to replace Zain Westbrooke with 15 to go.

In the closing stages, Rovers couldn’t force any late chances with the possession they held, as Lincoln secured the points.