Rovers are back in Sky Bet League One action this weekend, facing Lincoln City at the Mem, in the earlier KO slot of 12:30pm.

Joey Barton’s side will be looking to extend an unbeaten run that has seen them tally four points out of the last two games, with a set of fixtures in the diary this weekend that could bode crucial for the battle against the drop.

The Gas will be looking to record a back-to-back home league for just the second time this season – with the incentive that a three-point haul on Saturday and other results falling in their favour could be enough to see them climb above the dotted line.

We take you through all the need-to-know stats and facts ahead of Saturday’s encounter.

Rovers Manager spoke to the press on Friday morning ahead of training at the Mem on Zoom.

Watch the full interview below…

Imps Manager Michael Appleton also offered his take on Saturday’s showdown at BS7. The former Portsmouth, Oxford and Blackpool Manager alluded to what he expects from the Gas on Saturday, telling weareimps.co.uk, “I think their (Rovers) home record isn't particularly great and that is something that Joey will be looking to address.

'Our away form is pretty good, so we take confidence from that. We will prepare for whatever type of game it is. If it's open and expansive, then that would suit us. There's certainly too much at stake, especially for Bristol Rovers part for it to be that type of game.” 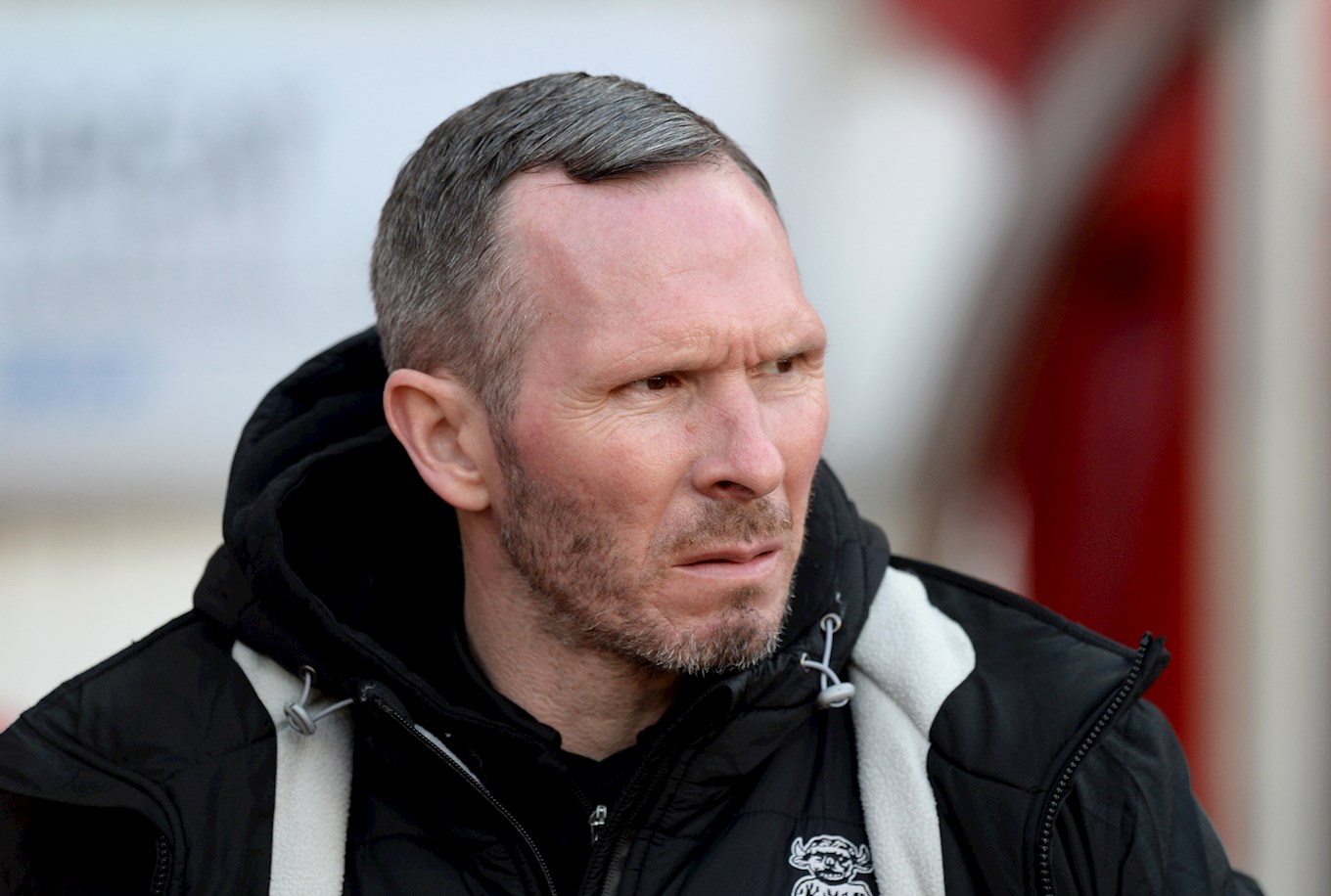 The Imps have registered two wins in their last 10 games, form that has seen them lose ground on the race for an automatic promotion spot.

Tuesday's comprehensive 4-0 win over MK Dons saw Brennan Johnson grab a hat-trick, with the scoreline aiding Lincoln’s goal difference in the congested top reaches of the Sky Bet League One table, where 9 points separate Sunderland in 3rd and Charlton in 8th spot.

Jorge Grant is the top scorer for Lincoln this term with 11 goals to his name, 6 of those have come away from home, but it looks like he may miss Saturday's encounter.

Rovers have four wins on the spin against the Imps - a run that dates back to 2014.

The last two fixtures between the two sides has seen Rovers score from the penalty spot. Jonson Clarke-Harris scored from the spot in a 1-0 win away at Sincil Back in September 2019, with Brandon Hanlan scoring a penalty in the previous encounter between the teams this season.

Luke Leahy scored his 10th goal of the season away at Northampton Town last weekend. 8 of the defender's goals have come in the league - his highest goal tally in a season to date. Leahy's last three goals at the Mem have all come in Rovers wins (Portsmouth, Shrewsbury and Accrington). The left-back has been involved in more league goals (8 goals and 3 assists) than any other top four tier defender this season.

Away from Sincil Bank this term, Michael Appleton’s side have captured 35 points, the 5th highest tally in the league. On their travels, they have lost three times, at Doncaster, Plymouth and Oxford.

Rovers boss Joey Barton has faced Michael Appleton on one previous occasion, with the game between Fleetwood and Lincoln back in October 2020 ending 0-0.

Will Finnie is the man in the middle for Saturday's early KO. This season, Finnie has taken charge of 14 Sky Bet League Two games and nine encounters in Sky Bet League One. In 23 games this term, he's handed out 61 yellow cards and three red.

EFL sponsors Sky Bet have Rovers priced at 19/10 to collect three points on Saturday, with the draw offered at 23/10. Brandon Hanlan is matched at 2/1 to be on the scoresheet at any time during Saturday’s contest.

Last weekend’s game at Northampton Town saw our highest number of match passes sold for a league fixture – with 2,308 tuning in to watch the action.

Rovers picked up three points on the road when the two sides went head-to-head back in October.

On that occasion, the Gas had to fight from behind to spoil Lincoln’s perfect start to the campaign, as Jorge Grant's free-kick was headed home by Lewis Montsma.

Moments later, the Gas pulled back level as Josh Hare’s inviting cross from the right was headed home by James Daly.

Rovers raced ahead on the stroke of the hour when Adam Jackson fouled Brandon Hanlan on the very edge of the Lincoln area. The referee pointed to the spot and the striker made no mistake with his effort from the spot.

Jackson was later dismissed as the host’s ended the game with ten men, allowing Rovers to seal their first away win of the campaign.

The action in the division gets under way on Friday night – as Northampton Town make the trip to face Peterborough United, a game which will have implications for Rovers. At the top of the table, Sunderland head to play-off hopefuls Blackpool, while MK Dons entertain Portsmouth. Ipswich make the trip to the Valley in what could be a pivotal game in the race for a play-off spot. Another fixture Rovers will be interested in keeping an eye on, Wigan play host to Crewe and Rochdale welcome Accrington Stanley to the Crown Oil Arena. A late kick-off on Saturday sees AFC Wimbledon host Swindon Town, a further key encounter at the foot of the table.