Jackie Pitt becomes the sixth inductee to the Hall of Fame...

Asked to name an all-time greatest Rovers side, there are few of a certain generation who would name any other player in midfield than Jackie Pitt, a fearless and committed Gas great. Indeed, in a passage on career reflection written about himself in 1956, he would declare his hope to continue with the Gas for as long as possible.

'With each passing year, I move that much closer to the veteran stage. I know that someday the boss will have to warn me the Rovers are no longer in a position to pay for my services. That day, I hope is still several seasons away.'

Younger supporters will have known Jackie Pitt as a groundsman at Eastville, and again at Twerton Park, but this was only the conclusion of his spell as part of Bristol Rovers, with his sporting heyday coming years prior.

Pitt would make his league debut in the first post-war league fixture, going on to collect a vast tally of appearances, only beaten by fellow Hall of Famers, Stuart Taylor and Harry Bamford. The wideman was ever-present during the 1951-52 and 1952-53 campaigns, racking up 122 consecutive league appearances in that time.

An iconic moment from the halcyon days of the 1950s came courtesy of Pitt when he and Bristol City’s Ernie Peacock were both dismissed during a tempestuous local derby not for the faint-hearted in February 1957. The two rivals left the field after a heated moment on the halfway line, sparking a rivalry that would stretch on for years to come between the two.

The highlight of Jackie Pitt's long spell with the Gas would be 1952-53 campaign, where Pitt was part of a side that secured promotion from the Third Division (South). 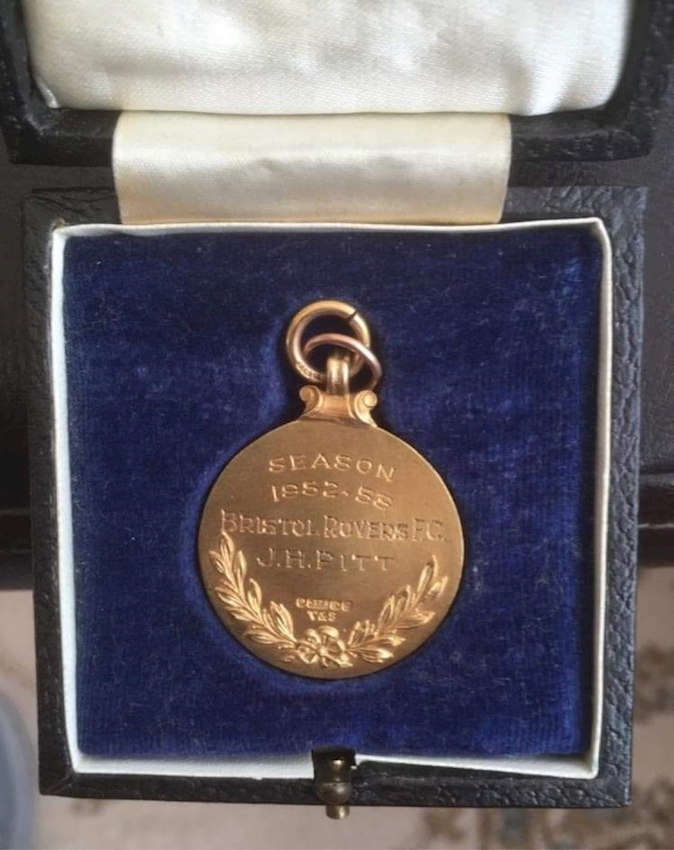 Pitt also appeared as club captain in his final three seasons as a player.

Awarded a testimonial game against FA Cup winners Wimbledon in August 1988 and visiting Wembley on his seventieth birthday to watch Rovers’ first-ever game at the ground, Jackie Pitt gave Rovers long and loyal service and his death at the age of eighty-four marked the end of a significant chapter in the club’s long history.

As part of the Hall of Fame project, we are looking to hear from the fortunate Gashead's who witnessed Pitt's playing days, or those who had stories passed on of his quality. In these difficult lockdown times, we encourage supporters to pick up the phone, or zoom call family members to discuss his legacy.

Please screen record these chats and send them on to alexslater@bristolrovers.co.uk, these will form part of videos to be used on social media and the big screen when the family of Pitts attend a game after COVID-19 restrictions are lifted.

As mentioned in the initial Hall of Fame announcement, artist 'Tonz' will be creating unique artwork for each of the 10 initial inductees which will decorate the Thatchers Bar as a permanent reminder of the Hall of Famer's legacy.

Finally, we would like to remind supporters this selection is initial, those not selected over the coming weeks stand plenty of chance to be included in the future, please respect the carefully considered selections from the Retro Rovers Podcast panel.

On the selection of Pitt, the Retro Rovers Podcast said, "Jackie Pitt was an obvious choice to join the original inductees into the Bristol Rovers Hall of Fame . He was an established member of the half back line alongside Ray Warren and Peter Sampson that brought promotion in 1953 to Division 2."

"Jackie formed a fierce rivalry with Bristol City player Ernie Peacock which endeared him to the Rovers faithful and Jackie went on to spend 50 years working for Bristol Rovers as player, coach and eventually groundsman. A very worthy addition."