Rovers go out of the Carabao Cup in the 1st round following defeat to Ipswich Town...

A 29-minute close-range strike from Freddie Sears, followed by a header late in the first-half from Luke Chambers sent the Gas in behind at the break, as Ipswich took the game to Rovers on home turf.

As Rovers pushed for a way back into the game in the second period, Freddie Sears secured his second, slotting home from a tight angle and condemning the Gas to an opening day defeat. 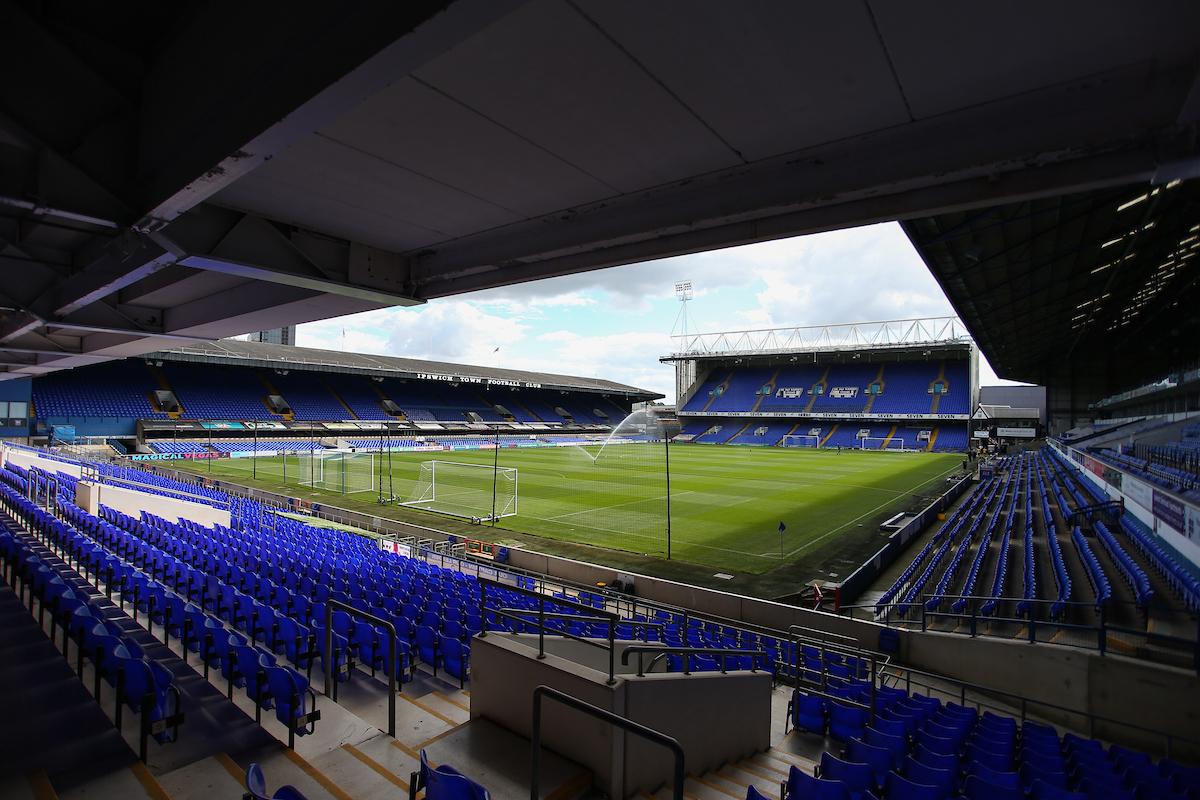 Five players made their first-team debut for the Gas from the off as Ehmer, Baldwin, Grant, Westbrooke and Nicholson all made their way into the first starting eleven of the 2020/21 campaign. 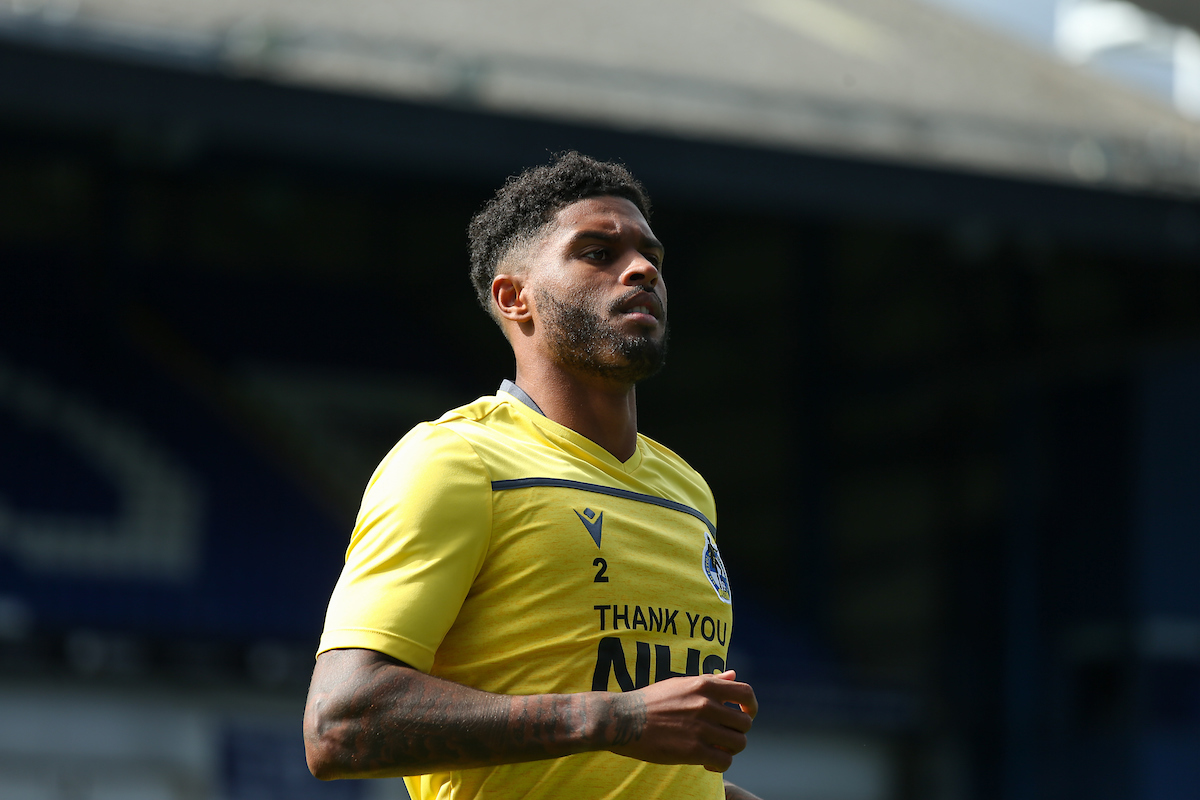 The first game of the season is normally played in the blistering sunny heat of August, it certainly was last year in Blackpool. The 2020/21 season though, is predicted to be the exception to the rule, with the change of calendar, the change of protocol, and the change of atmosphere.

However, despite the delay in the start date, from early August to early September, the sun shone as competitive football returned for the Gas, after a 179-day absence. A comforting sign of normality in these strange times. 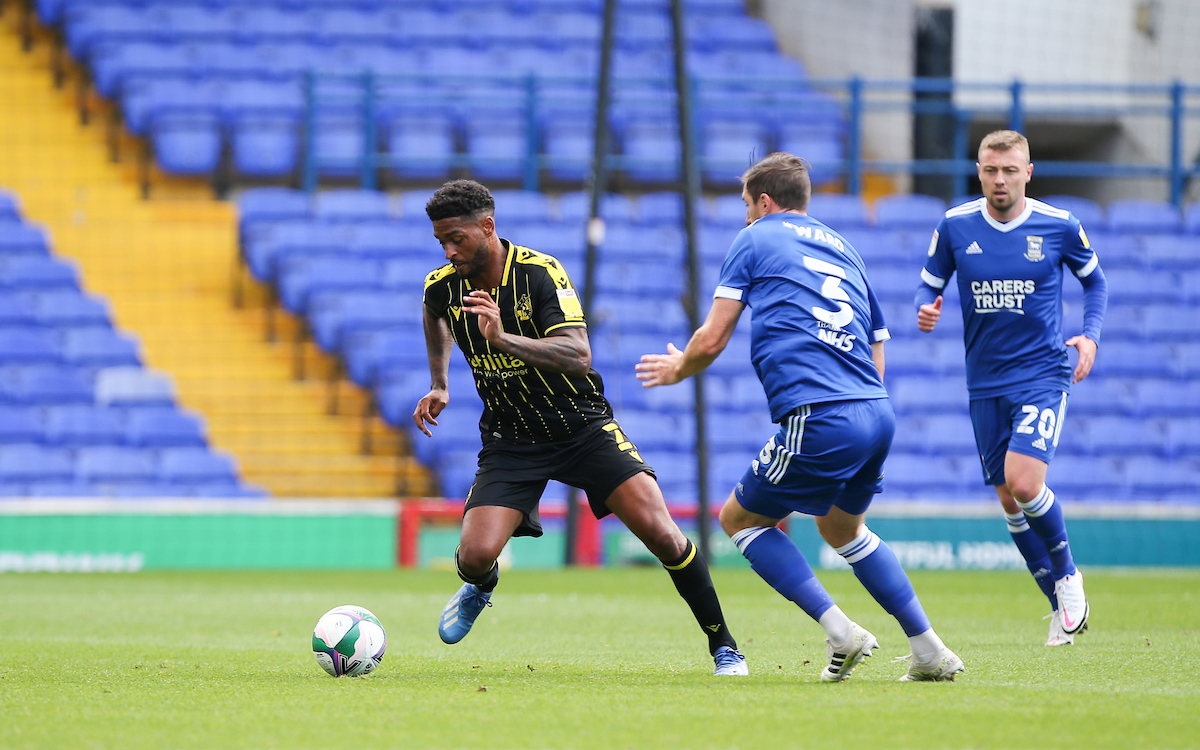 Predictably while on home turf, Ipswich started brightly as Drinan found himself in behind the Rovers defence. He attempted to slot home with a calm strike but JVS was equal to it, collecting the low effort and keeping hold.

Rovers found their first decent chance at the quarter-hour mark, as Grant danced from pass to pass, linking with his teammates to eventually find space on the edge. He pushed further towards the right side of the box, before dragging an effort back across goal, going wide from 20+ yards out.

Moments later, Rovers were almost punished by a long through ball, with Judge attempting a speculative lob first-time as JVS approached. Though ambitious, it almost paid off, looping narrowly over the bar.

On 22 minutes the Gas had another opportunity, with Grant's midfield partner Zain Westbrooke found in the box by a low Leahy cross. The summer signing arrived onto the ball at the near post and looked to flick it into the top corner on the near side, but narrowly missed. 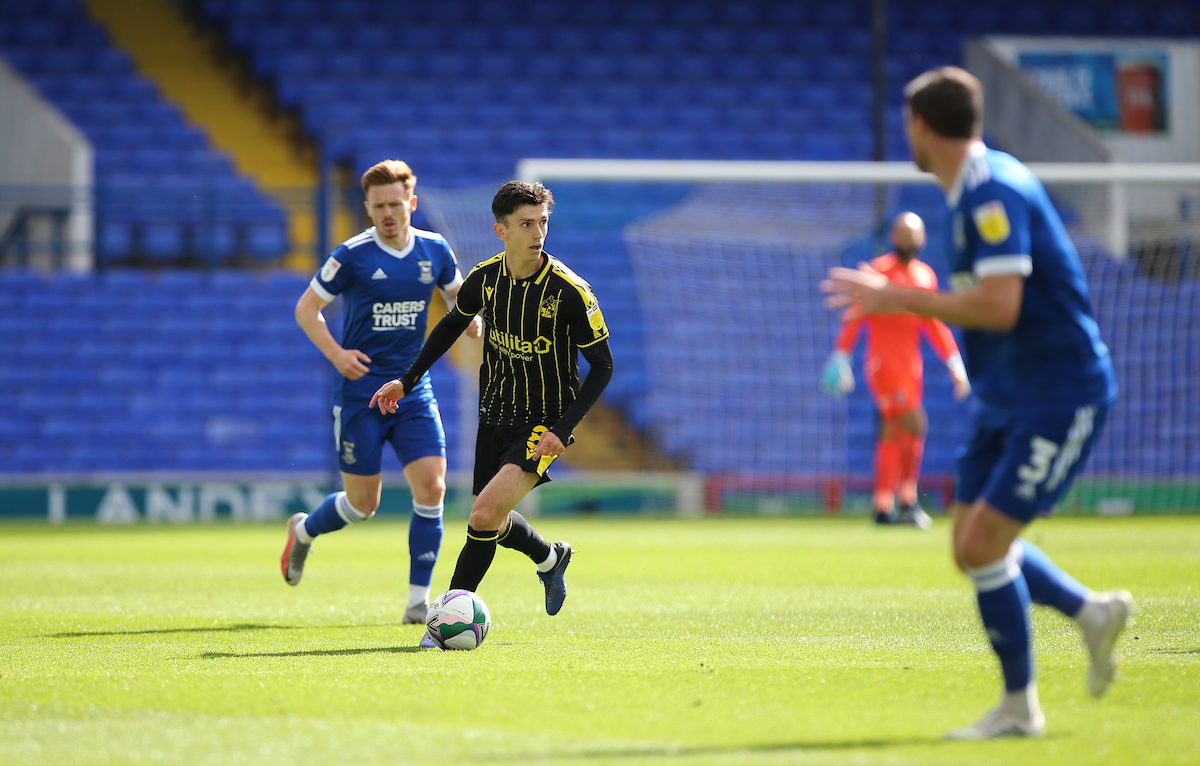 Andre Dozzell picked up a booking soon after, as Hargreaves turned the Tractor Boy sharply in the midfield before being brought down.

Just before the half-hour, Ipswich found a devastating through ball, allowing Aaron Drinan in on the right flank, he squared it back across goal where Freddie Sears was on hand to stroke home and make it 1-0 to the home side.

A piece of Nicholson brilliance, interchanging a one-two on the far side before bursting forward, forced a great opportunity for himself with 7 minutes of the half to go. He advanced into the area, shepherded by an Ipswich Town defender, before blasting an effort on goal. The 'keeper got a hand to it and was glad to see the ball ricochet wide of his net.

Late on in the half, Ward evaded the marking of Little of the right flank and found himself in on goal courtesy of a clever ball. Little recovered just as Ward struck his effort, with the strike deflecting into the onrushing JVS.

The Gas conceded a corner shortly after and were punished by the home side.

The ball was whipped in from the far side towards the head of Chambers, who powered home a second for his side, the last big piece of action before the half-time whistle, and a big blow to Garner's side. 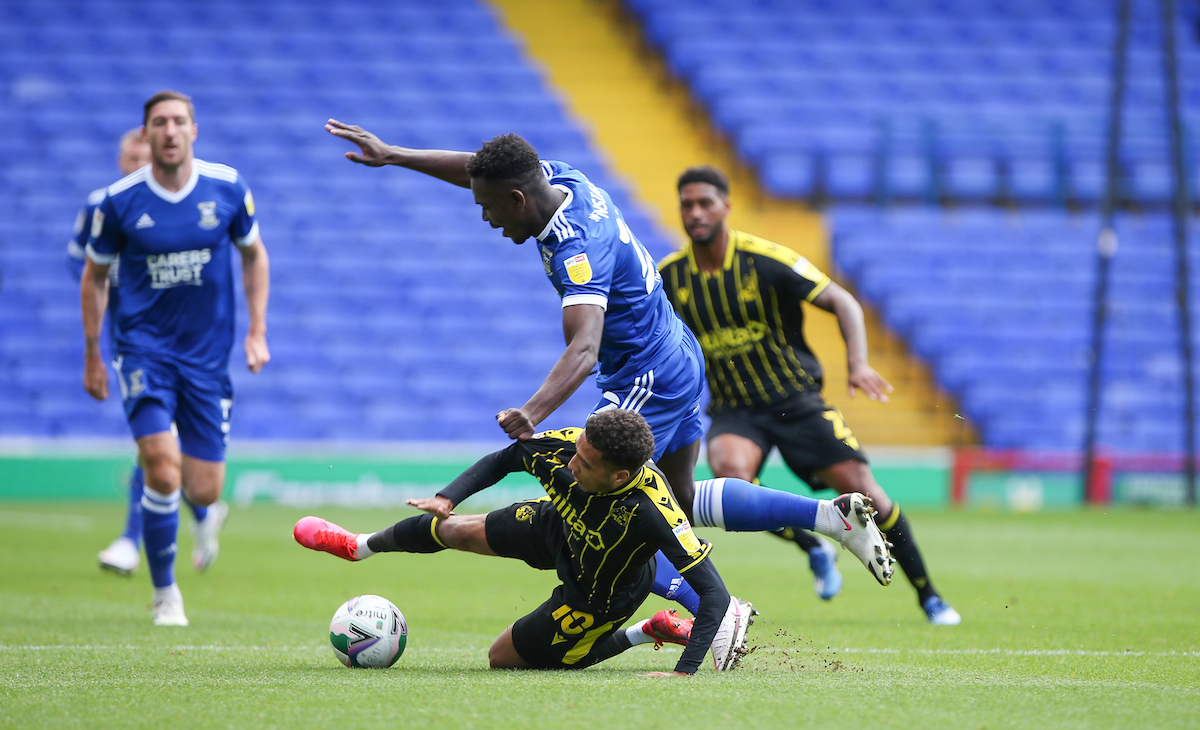 The introduction of Jonah Ayunga at the break breathed new life into the Gas' front three, with Hargreaves being withdrawn. He battled hard to earn his sides first half-chance of the second period.

The towering forward won a knockdown in the area which was reworked to the left flank. Leahy fired a low ball in which was crucially intercepted by Woolfenden as it arrowed towards Ayunga in the box. 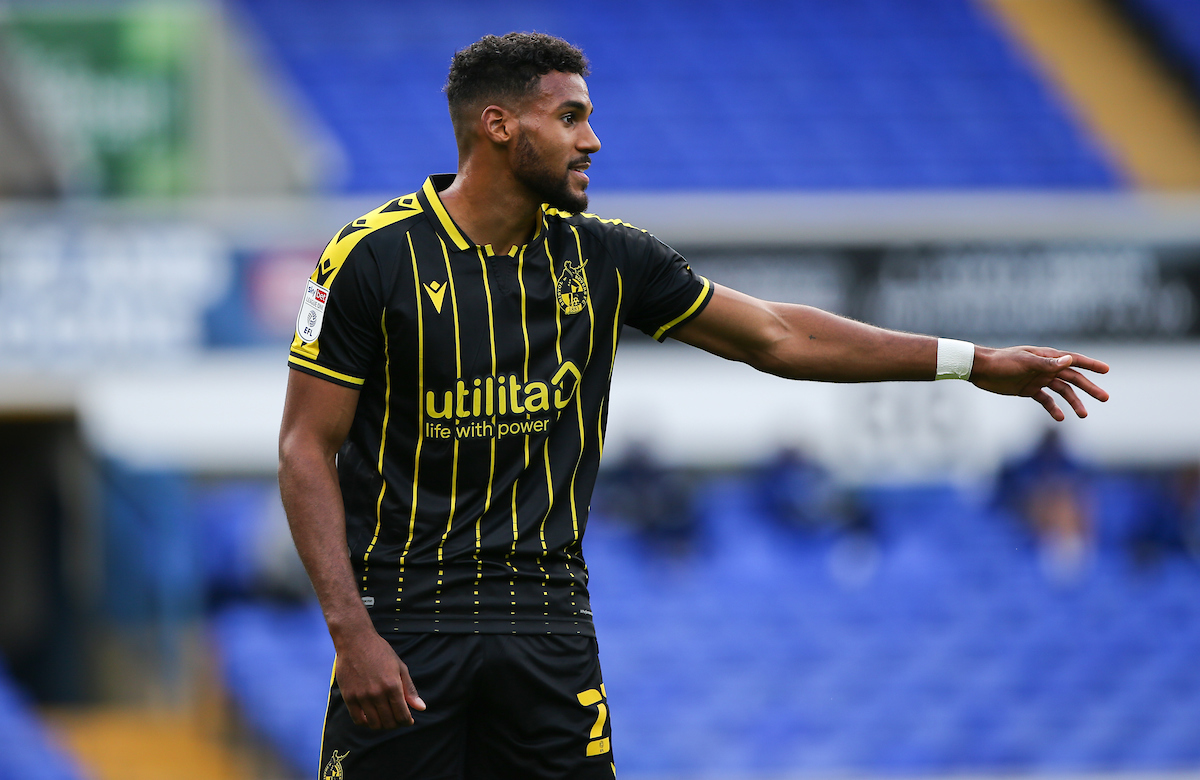 Shortly after, Nolan caught a sweet volley on the edge of the box, but despite being struck with some venom, JVS saved well.

Up the other end, the Gas retaliated with a volleyed shot of their own, as Grant switched a cross from the left towards Mark Little arriving at the back post.

The right-back hit the cross first time with some power but saw it go wide of the post.

On the hour mark, the hosts went close again through Sears, as he floated into a pocket of space to receive a knockdown from a set-piece. He took a touch before striking, allowing the Rovers defence enough time to race across and make the block from point-blank range.

JVS made a phenomenal save moments later, as a dangerous whipped ball found the outstretched foot of Drinan in the area. He made good contact on the ball, but the Dutchman in net made an incredible save from close-range, tipping it wide for a corner. 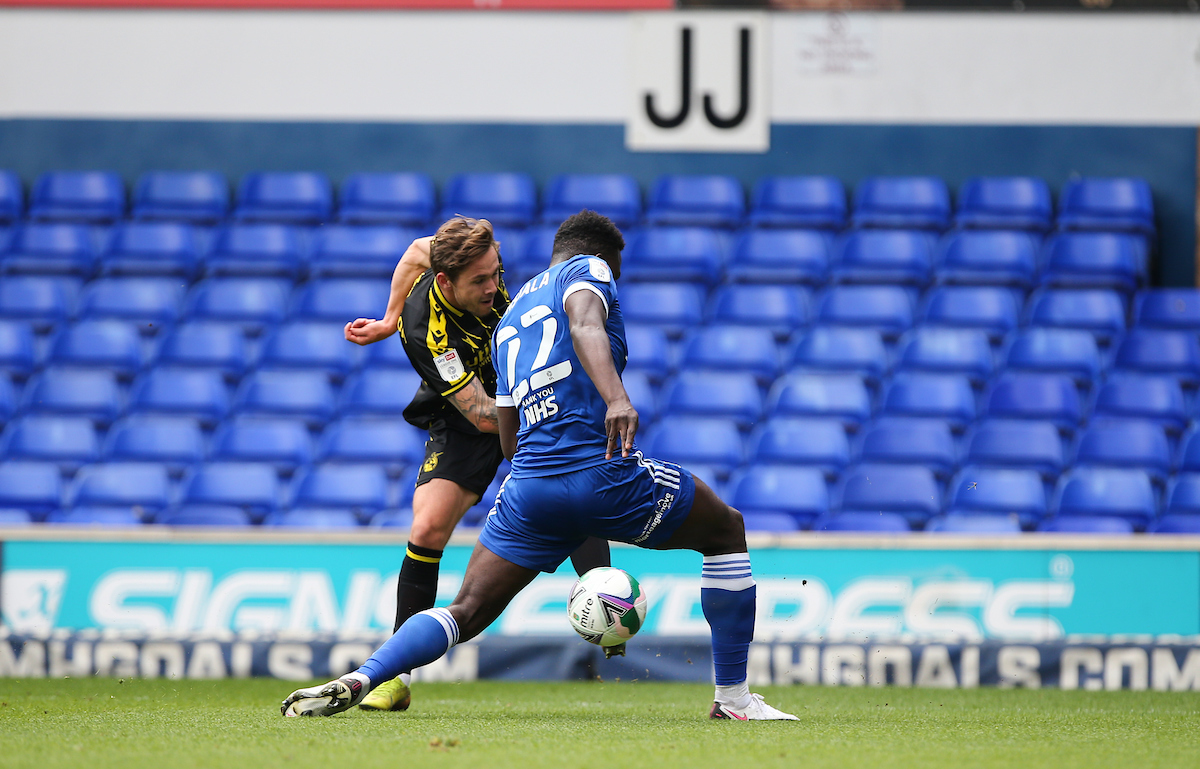 67 minutes in, Josh Hare came on in place of Jack Baldwin.

Moments later, Sears had his second, as he was picked out at the back stick to slot calmly past JVS into the near corner.

With fifteen minutes to go, Upson replaced Mark Little in a move to four at the back.

As the final 10 approached, Hare picked out JML on the left-hand side. Progressing in towards goal, he opted to cut the ball back inside towards Ayunga, but the pass was just ahead of his teammate, snuffed out by an Ipswich defender before Rovers contact could be made.

Late on Zain Westbrooke found himself on the end of a half-chance on the left corner of the box, digging out a shot with his left foot towards the far post, however, it drifted narrowly wide. 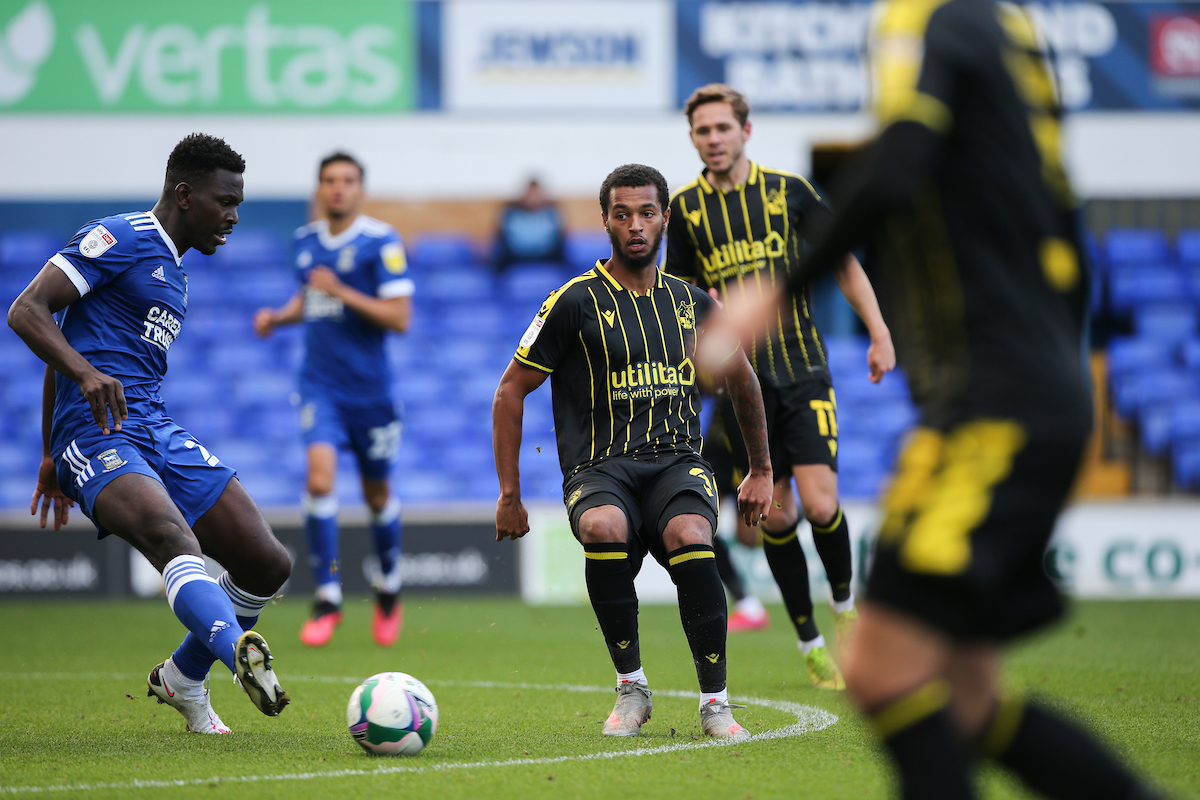 The Gas now look ahead to midweek action against Walsall in the EFL Trophy.