We take a look at all there is to know ahead of this weekend's league fixture against Ipswich Town...

The Gas return to the Mem this weekend for the first home league game of the campaign following a successful trip to Sunderland, returning with a point from the Stadium of Light.

An early Luke Leahy penalty calmed the side's nerves as they began their new season, and the Gas will be hoping for a similar start down at BS7 this weekend.

However, Garner's side won't be buoyed by the roar of the Memorial Stadium this weekend, as the game remains without supporters. Garner commented on how he'll approach this, saying "It's a loss to us, the loss of the support, because it's such a great crowd at the Mem. We'll be missing the passion of the supporters and the lift they give the team.

"We've got to be professional and make sure we're doing our jobs and make sure we set up as a team to do what we want to do. We still feel playing at home can be an advantage for us."

To catch the full press conference, click below to hear Garner's thoughts via zoom.

Despite the Tractor Boys' positive result from the last time they came up against the Gas, only two weeks ago, Paul Lambert remains wary of the treat Rovers pose, saying "You can’t take too much notice of the game back at Portman Road a couple of weeks ago. That was one game and this is another. They showed last week they’re a good side and we’re expecting a tough game." 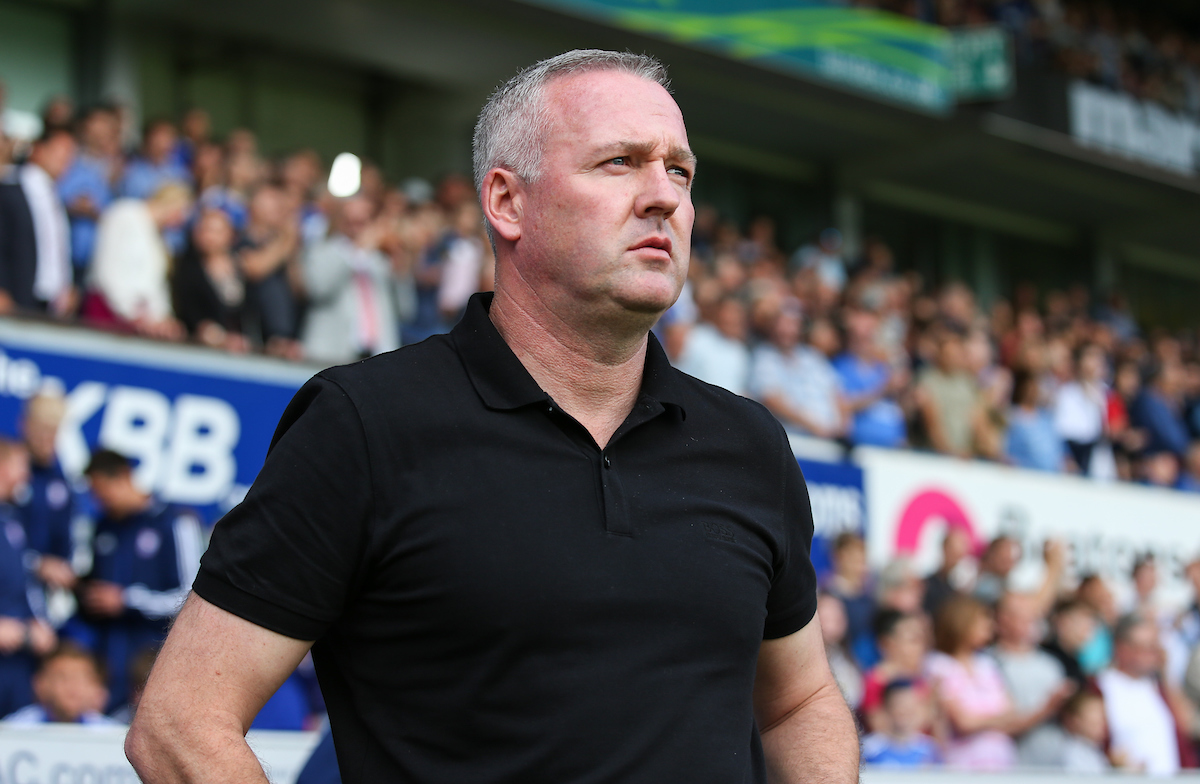 It's been a mixed run for Town since they began the season with a win over Rovers, losing to Arsenal U21's in the EFL Trophy before picking up an opening day league win over Wigan Athletic.

However, the Tractor Boys did face a midweek game this week, losing against Premier League Fulham 1-0 at Portman Road.

The Gas come into this one following a week of training and preparation, since that 1-1 draw with Sunderland in the season opener.

The obvious past meeting came just two weeks ago, as the Gas went down 3-0 on their travels to a dangerous Ipswich Town side. However, beyond that, Rovers picked up all three points in their last league meeting, winning in a dramatic December tie at Portman Road.

🏟️ League football returns to the Mem on Saturday!

📺 Make sure you've got your iFollow Match Pass to catch the game live...

Season-Ticket holders are entitled to free iFollow match passes for all home league games and have been sent a unique code to the email address linked to their ticket account that will be redeemable to watch Saturday's game on iFollow for free.

A guide on how the process works can be found HERE.

Season Ticket codes are only redeemable once, with Season Ticket holders receiving a new code for every home league fixture.

If you are yet to receive your code - please email seasonticketenquiries@bristolrovers.co.uk.

This weekend sees another round of League One fixtures get underway, with Oxford United's home tie against Sunderland looking to be the pick of the weekend, with both sides making League One play-off's in recent seasons.

In the only tie taking place on Sunday, Rochdale host Portsmouth.