The Gas lost out on a point at home, as an unfortunate Max Ehmer own-goal and a late Jon Nolan goal proved to be the difference between the two sides at BS7.

Rovers had chances early on in the game, with Brandon Hanlan going close to giving Rovers a lead in the opening stages.

Gwion Edwards saw a goalbound effort stopped on the line by the intelligent play of Mark Little, but Emher's own-goal ten minutes from time gave Ispwich the late advantage.

A Jon Nolan goal in the 89th minute sealed the points for the away side. 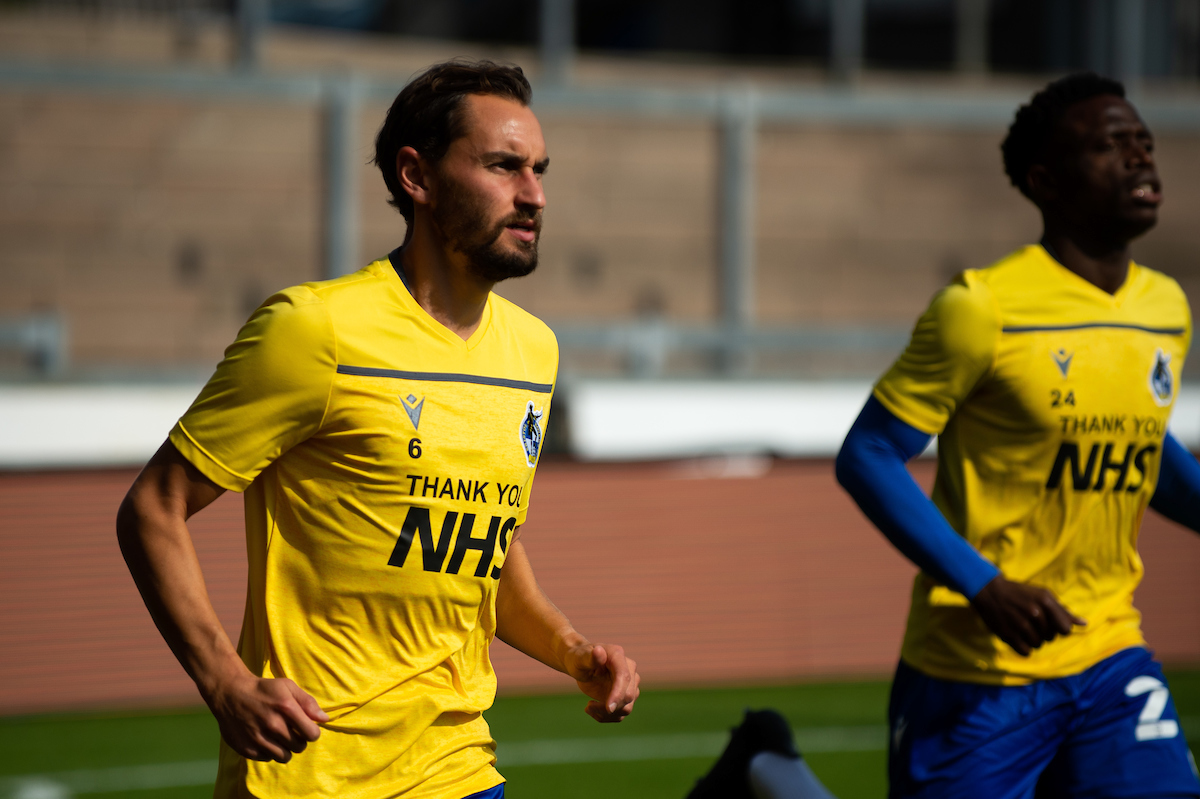 Ahead of the encounter, Rovers made just the one change to the side that faced Sunderland at the Stadium of Light last weekend.

Returning from suspension, Ed Upson returned to the fold, with Sam Nicholson missing the encounter with Ipswich due to injury.

Before kick-off, both sets of players and staff took part in a minutes silence, to pay tribute to Gordon Bennett, who sadly passed away this week. 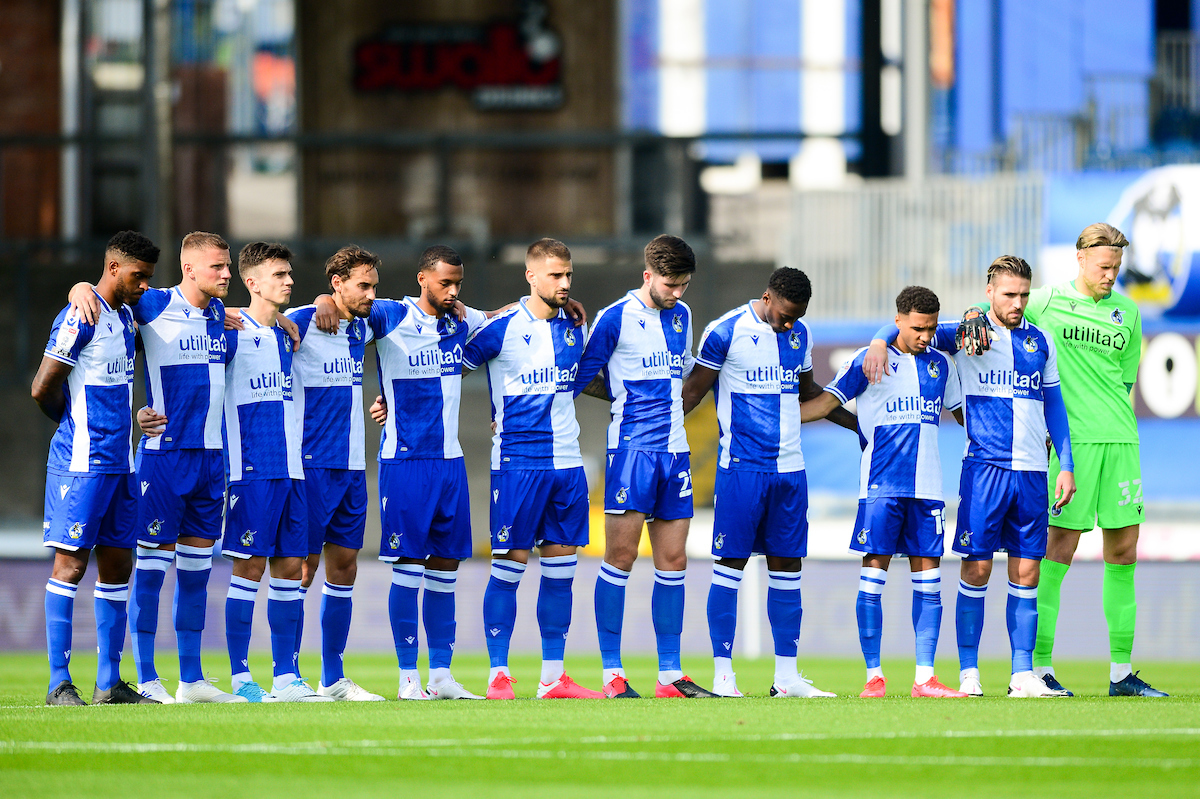 In a high energy opening, Rovers managed to work the game's first opportunity. On his home debut, Brandon Hanlan managed to keep himself onside to take advantage of a pocket of space behind the Ipswich defence. The striker managed to compose himself one-on-one with Holy, but his low side-footed efforted lacked the power to cause the Ipswich 'keeper any problems.

At the other end, the visitors produced their own opportunity moment later, as a quick counter led to Jon Nolan striking from range. Fortunately for Rovers, the effort from Nolan climbed steeply over Jaakkola's goal.

With chances at a premium as the half progressed, a Zain Westbrooke set-piece almost carved out an opening for Rovers. It was a floated free-kick into the box from deep from the midfielder that wasn't dealt with by the visitors, with Alfie Kilgour narrowly missing the delivery on the stretch at far-post. 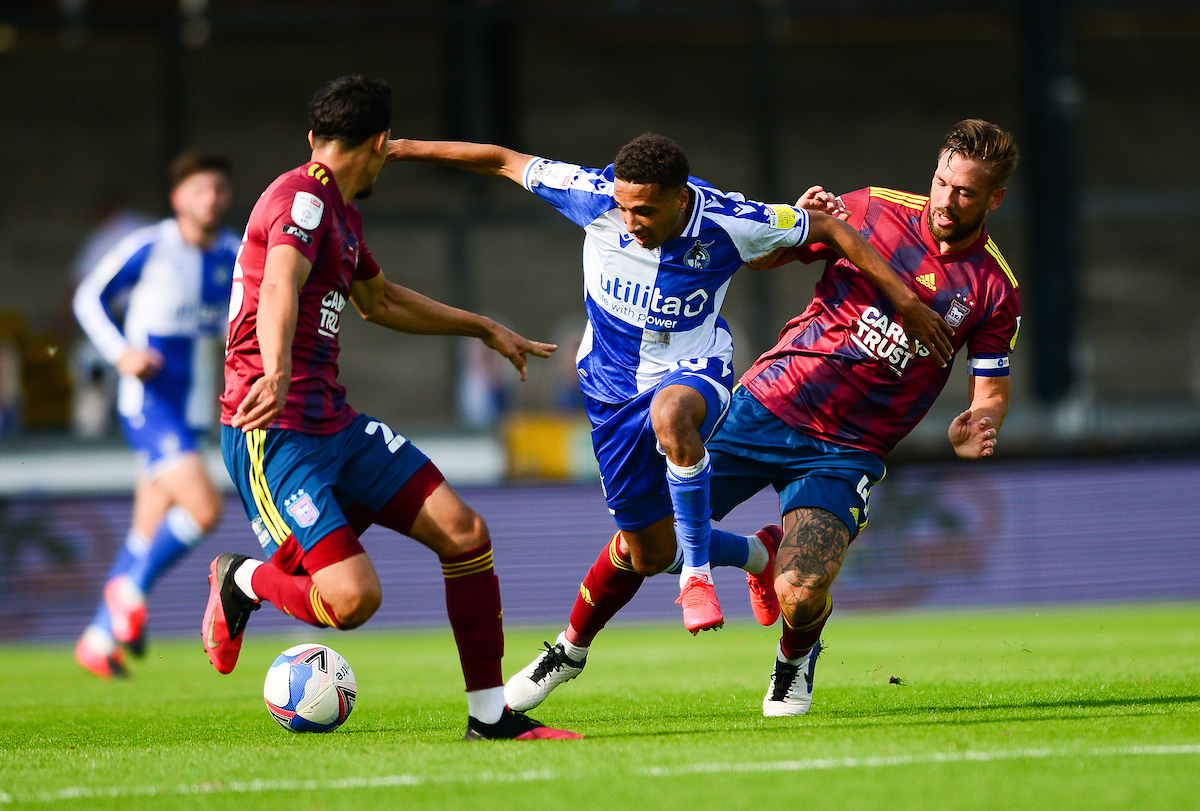 In what was a fairly quiet half for both goalkeepers, Jaakkola was forced into action to tip wide a free-kick from Freddie Sears, which has kept low and arrived on target through the congested penalty area.

Sears' opportunity proved to be the last chance of the half, with the scores remaining firmly deadlocked at the break. 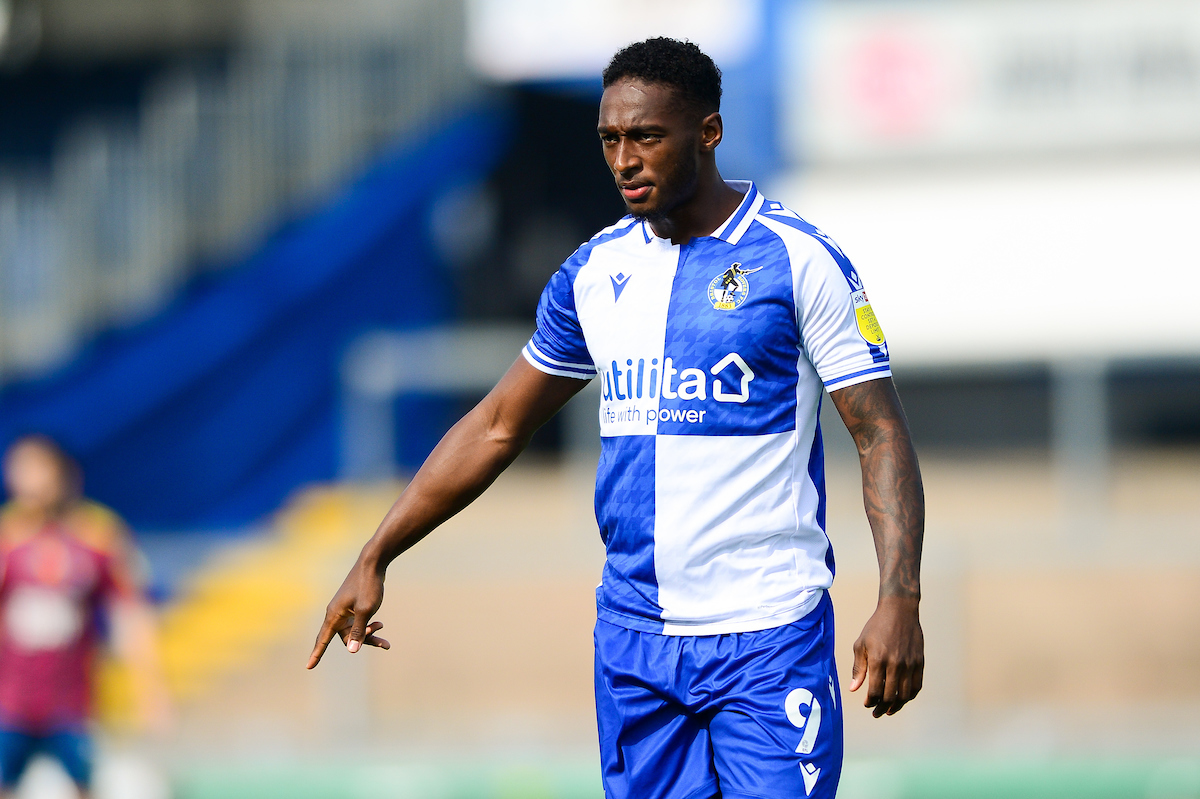 Early in the second half there was a moment of danger for Rovers to deal with, as James Norwood lost his marker inside the area and was able to take up a central position to attack a cross from the right. The forward was free just yards out from goal and managed to direct his close-range header narrowly wide, with linesman's raising his flag shortly after.

Moments after Norwood's chance, another set-piece from Zain Westbrooke prompted a Rovers opportunity at the other end of the pitch. An inviting delivery from Westbrooke swung into the Ipswich area, with Brandon Hanlan inches away from connecting with a diving header, with the striker able to shake free of his marker. 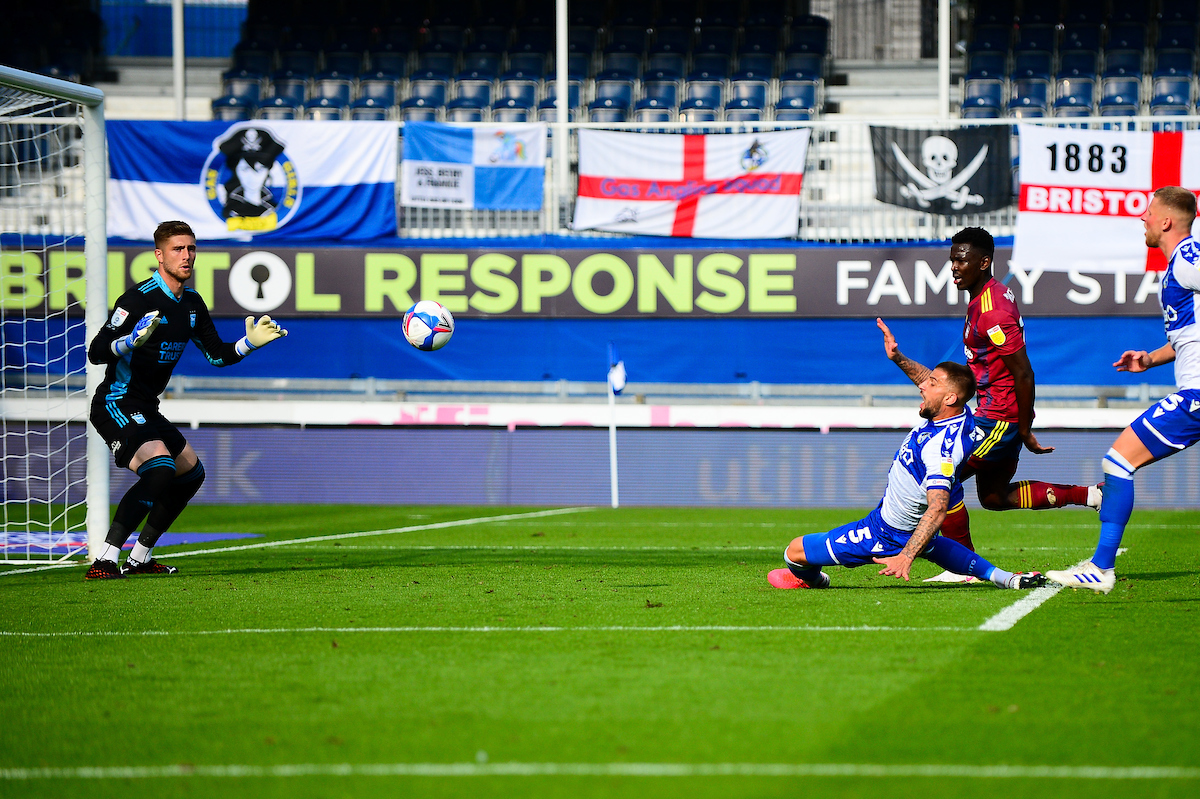 The intensity of the half took a noticeable upturn as the hour mark came. Jaakkola was again called upon as Gwion Edwards cut inside from a wide position to fire towards the Rovers goal, with the Rovers 'keeper showing strong hands to steer the effort away from danger.

There was a heart in mouth moment as an outstretched leg from Alfie Kilgour almost turned a Jon Nolan volley into the Rovers goal, with the deflection off the Rovers defender sending the effort narrowly wide. Seconds later Mark Little was in the right place to block Gwion Edwards' effort on the goal line after the winger managed to round Jaakkola and take the ball to a narrow-angle before poking an effort towards goal. 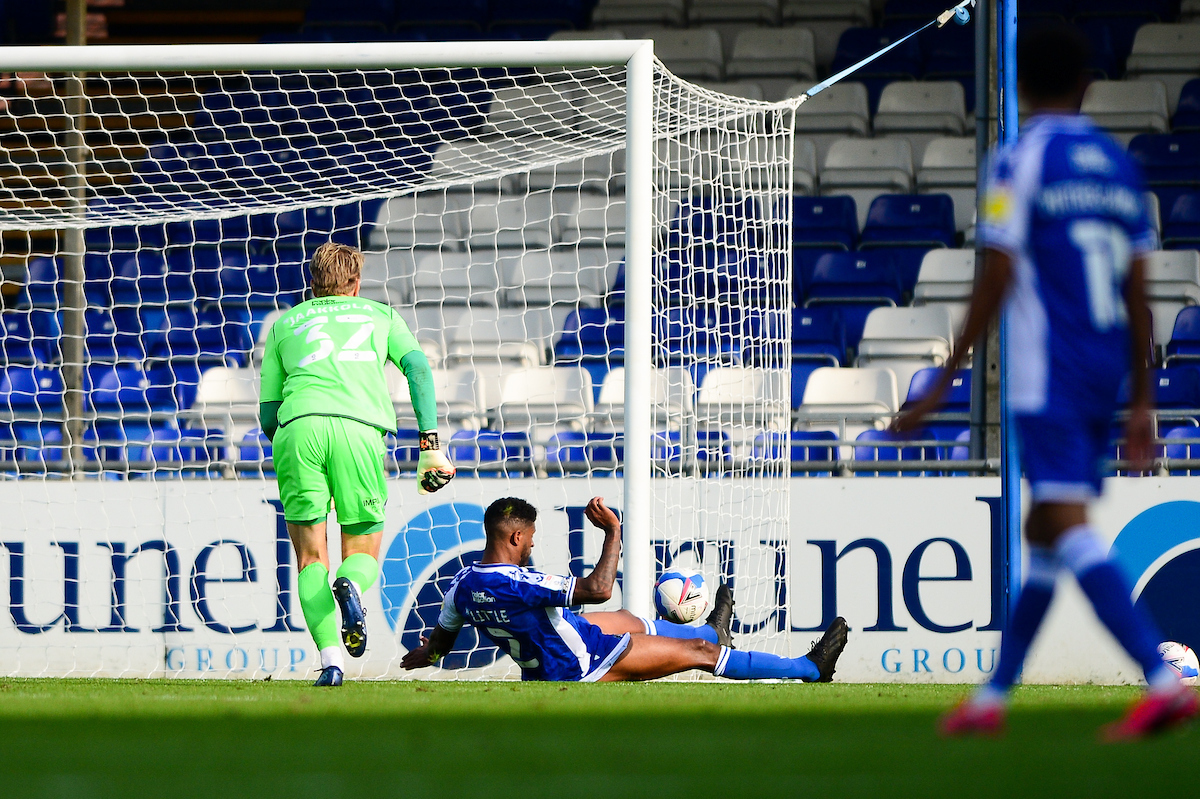 With a little over ten minutes left in the game, the visitors took the lead. It was high delivery into the Rovers penalty area that caused the Rovers defence problems, with Max Ehmer getting an unfortunate touch on the delivery that took the ball beyond Jaakkola and into the Rovers net.

In 89th minute, a late Jon Nolan goal prevented a late comeback from Rovers, as the midfielder finished into the low into the bottom to finish off a winding run into the Rovers area. 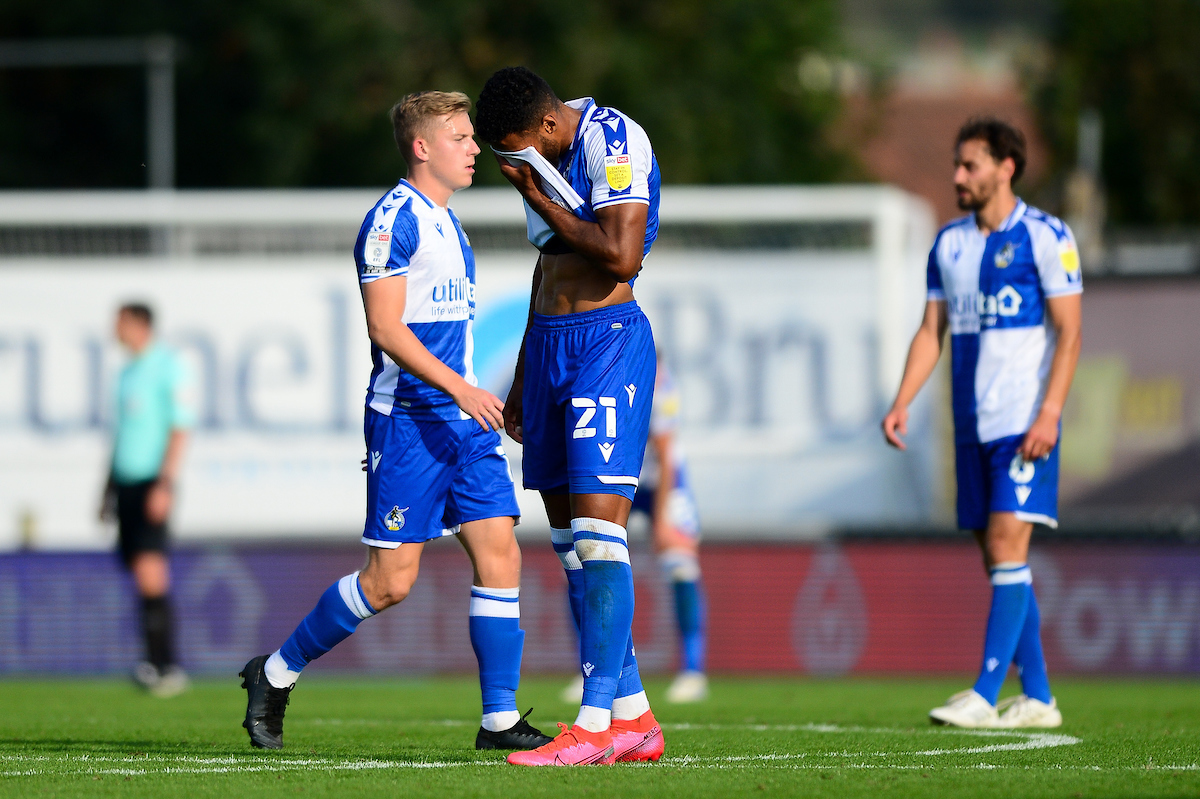 Rovers travel to Doncaster Rovers next week to continue their Sky Bet League One campaign.