Rovers kickstart their season with a trip to Portman Road in the Carabao Cup...

179 days since their last competitive outing, the Gas are back in action on Saturday, commencing the 2020/21 season with a Carabao Cup tie against the Tractor Boys.

With the league season around the corner, the Gas will be looking to get competitive games off to a great start in a tricky away tie against Ipswich Town.

Rovers boss, Ben Garner spoke to the press via Zoom on Friday morning and detailed his approach to the cup competitions ahead, emphasizing his ambition to do as well as possible in every contest.

A lot of the pre-match focus from the Ipswich camp has been on the future of youngster, Flynn Downes. The midfield talent has been subject to the interest of Premier League clubs, with Ipswich boss Paul Lambert confirming to their official website that Downes won't be considered for selection for Saturday's game. Lambert also highlighted his focus on success in the competition, saying “We will be picking a strong team and we want to go through to the next round.”

Ipswich endured a mixture of results pre-season, initially starting promisingly with two convincing victories over Colchester United, the first being a 4-0 drubbing of their early pre-season opposition, before the Tractor Boys secured a 1-0 victory in the second game.

Games against Premier League teams West Ham and Spurs proved to be tough tests for the East Anglian side, losing by a 3-goal margin in both fixtures.

Ipswich then concluded their 2020/21 pre-season campaign with a narrow defeat to League Two side, Cambridge United.

Rovers were due to host Ipswich Town on the weekend that football across the UK was halted due to the COVID-19 pandemic, which meant that there was only one meeting between the two sides last season. That meeting came in December 2019, where goals from Tyler Smith and Tom Nichols led 10-man Rovers to a 2-1 victory at Portman Road. Watch back on highlights from that game below.

Cup fixtures (Carabao and EFL Trophy), both home and away aren't covered by the same arrangement, with individual match passes on offer for all supporters. Please note, that due to broadcasting regulations, Carabao Cup matches aren't permitted to be streamed by overseas iFollow users.

Saturday's Carabao Cup fixture is available to stream for users based in the UK, for a match pass fee of £10. To purchase a match pass, please click HERE.

iFollow Info - All You Need to Know to Watch Saturday's Game!

The first and second round of the Carabao Cup is regionalised, seeing clubs split into northern and southern draws. You can check out the full southern half of the draw below! If the Gas are successful in this first stage, they could face Premier League opposition in the next round. 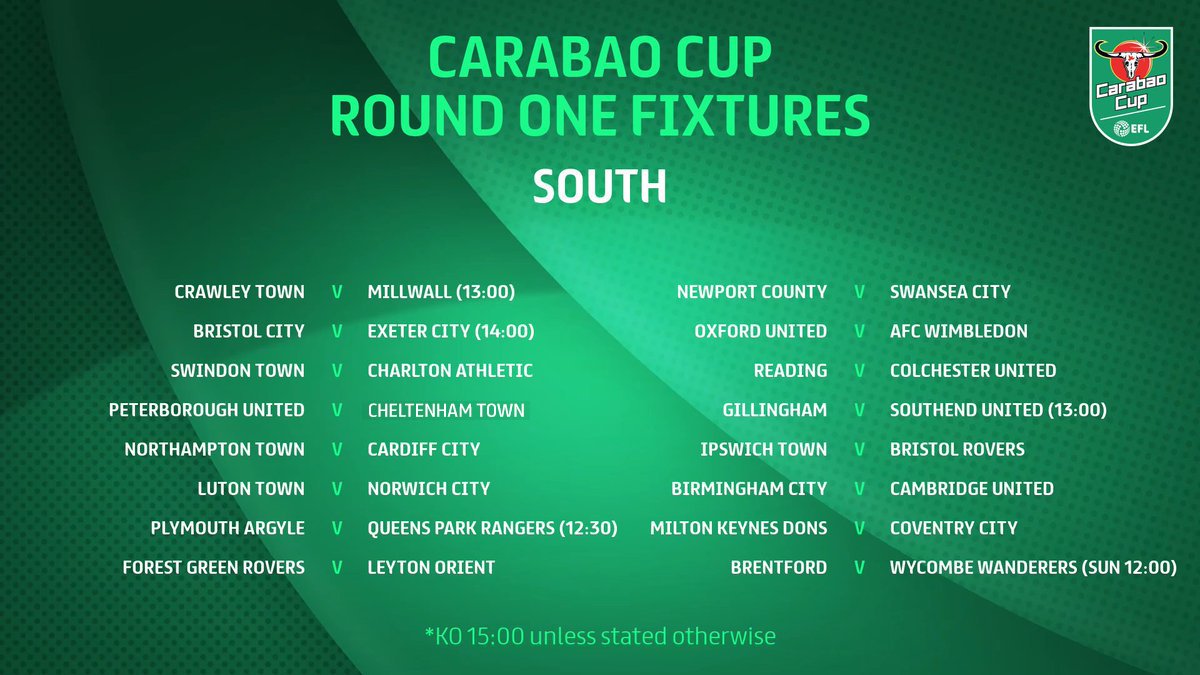