There has been a total of 43 games between the two teams with Bristol Rovers winning 17 and Doncaster 20. Perhaps more importantly than that is that of the last 11 games played Doncaster has won 10 of them! There has only ever once been a 0-0 draw in these matches and that was at Eastville on 9 January 1960 in an FA Cup tie, the Gas won the replay 3 days later in Yorkshire.

The highest score between the teams was on 22 December 1956 when the home team won 6-1 at Eastville. Barrie Meyer (2), Dai Ward (3) and Geoff Bradford scoring for he home team and Geoff Walker for the visitors.

The 2007 JP Trophy Final, won 3-2 by Donny, has been described as probably the most exciting of the Finals ever played. The Gas were 1-0 down within a minute to a Jonathan Forte goal and Paul Heffernan doubled the advantage on 6 minutes. A Richard Walker penalty four minutes after half-time set up the challenge and Sammy Igoe brought the scores to 2-2 in the 62ndminute. The game went into Extra Time and it was Graeme Lee who broke the deadlock and ensured the Trophy headed northwards with 10 minutes left.

There can be little doubt that the pain of that victory spurred the Gas to their heroic finish to that season culminating in the last-minute Sammy Igoe goal that secured the 3-1 victory over Shrewsbury at Wembley and promotion.

When the Gas visited the Keepmoat Stadium on 9th February 2008, they were defending an impressive unbeaten record against the team in second spot. After conceding two penalties they came back empty handed, Brian Stock on 65 minutes and Paul Heffernan on 90 minutes, scoring. Within a month Donny had returned from the Mem with all 3 points again and it was Heffernan who was on the scoresheet once more, this time after just 3 minutes.

The Gas’ last victory was on 27 January 2018 at the Keepmoat, the home team made an excellent start and took the lead after four minutes when John Marquis side-footed in Matty Blair's low cross at the near post. The hosts were unsettled after defender Joe Wright was forced off with injury in the 19thminute and the Gas took advantage when Ryan Sweeney bundled in from Liam Sercombe's knockdown. They then took the lead in the 50thminute when Rory Gaffney chested down a Ellis Harrison flick-on and drilled past Ian Lawlor. Harrison made sure of the win in the 85thminute when he was sent clear by Gaffney before slamming a shot under Lawlor.

The following season was an entirely different story! James Coppinger gave the home side the lead after just three minutes when his tame effort squirmed under Jack Bonham, who should have done better. With just 12 minutes on the clock it was Coppinger again but this time the 38-year-old veteran fired home a low effort from 20 yards. With just over 30 minutes on the clock Malik Wilks converted from 12 yards before, Kieran Sadlier struck a 30 yard shot four minutes into the second half.

Jonson Clarke Harris pulled one back from the penalty spot after 66 minutes after being shoved to the ground inside the area, but it was too little, too late to affect the result.

Last season Donny won both games 2-0 to continue their hex over the Gas. 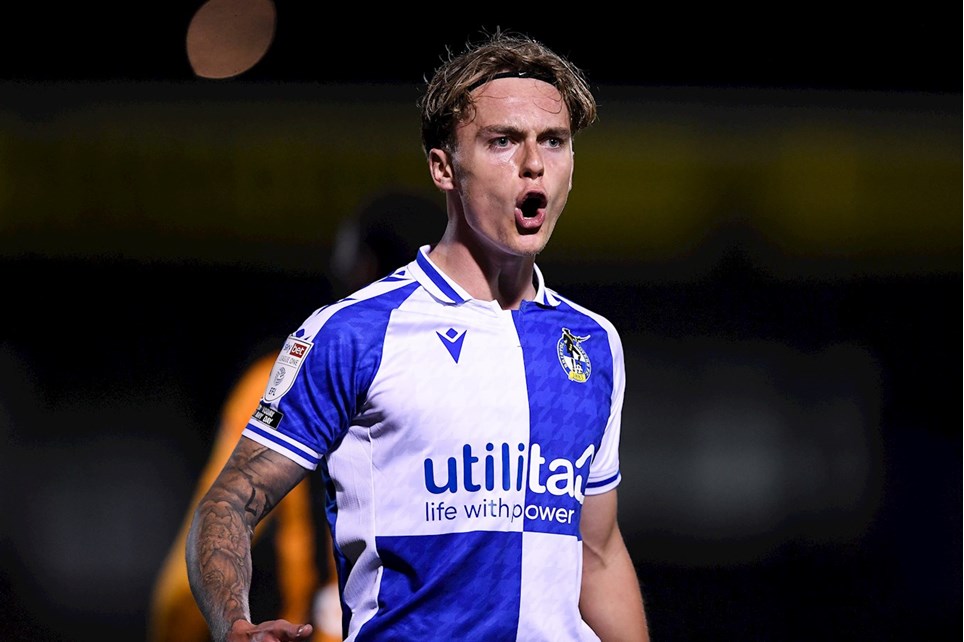