It's hard to believe that Tom Mehew's glittering performance last night was only his second at a professional level, ever.

Even the man himself couldn't anticipate his rise into the first-team picture saying 'I wouldn't have even expected to play in it (EFL Trophy) this young, and now I've scored two in two,' when speaking to BBC Radio Bristol after the match. Incidentally, that was Mehew's first post-match interview, ever.

It's been a season of 1sts so far for the 19-year-old, who crashed in his first professional goal from some distance against Walsall just under a month ago, in his first Rovers appearance. But this kind of adaptation to senior football has its roots in the work done at under 18 and reserves level with these academy prospects. 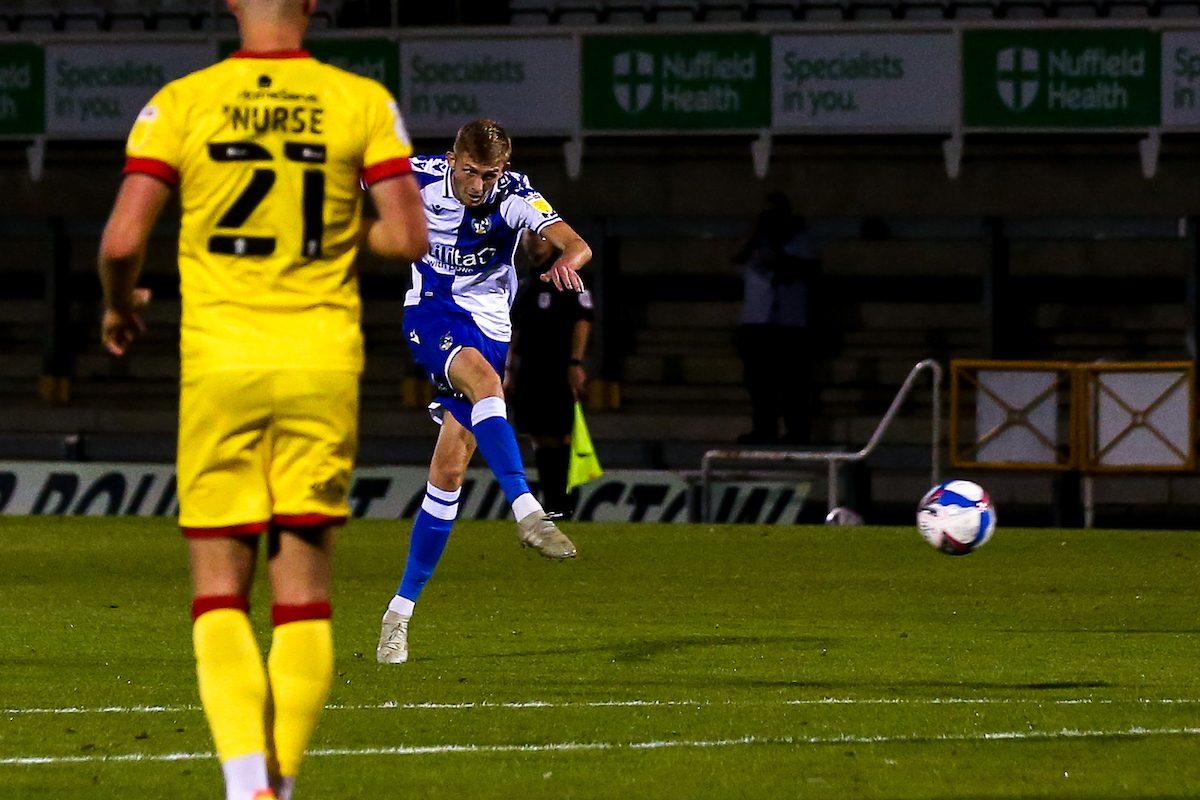 It doesn't seem that long ago when Mehew was strutting his stuff in youth games in front of Lee Mansell or Tom Parrinello last campaign, but his work with those coaches has been a big part of the step up into the first-team.

Since summer, Mehew has mingled in and around the main squad in the ways that fellow academy graduates Alfie Kilgour and Cameron Hargreaves have before him, and this has been another step to his continued development.

'The gaffer has been massive, putting me in every day around the first team, it's been massive for my development.'

A credit to the pathway Bristol Rovers provides for it's young and emerging talent, with Mehew accompanied by Zain Walker and Keiran Phillips in making strides into the first-team setup.

Despite a goal in each of his first two appearances for the club, Mehew's focus remains firmly on the task at hand and achieving even more game time in blue and white quarters.

'I was happy with my performance tonight, but I'd rather have the win so I can play more games in this cup,' said Tom as he reflected on his side's 1-1 draw with Oxford United. 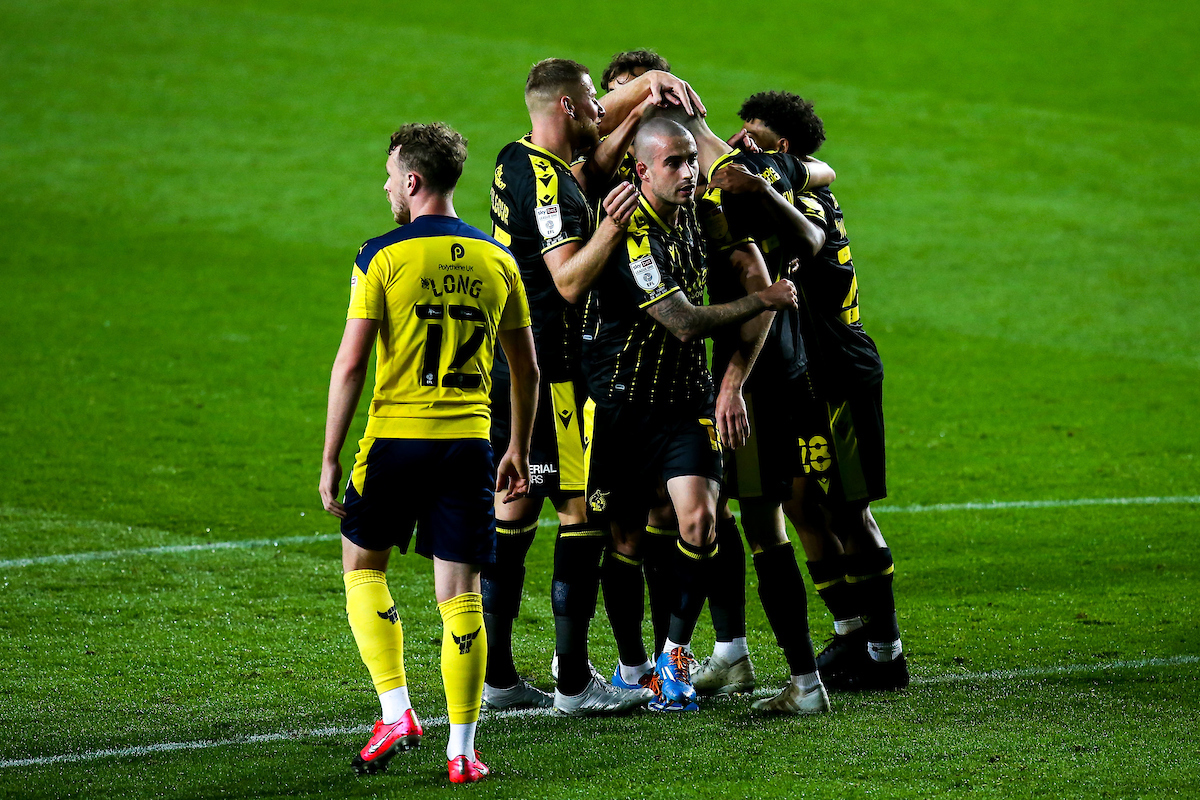 Of course, the name Mehew comes with unmistakable stature within the Rovers fanbase, with Tom's father David 'Boris' Mehew setting a marker for his junior with 222 appearances for the Gas, and 63 goals. If Mehew Jnr's record so far is anything to go by, he'll surpass his dad's goal tally 64 games in.

On his father, Tom discussed his dad's role in his footballing career saying 'He tends to stay out of things and lets me get on with it, which I like.'

However, it can't be a bad thing to have a Rovers icon in your household when growing up and developing into a footballer yourself.

To Tom Mehew though, the eyes of the fans are as important as the singular support of his father, on making his debut behind-closed-doors, Mehew added 'it'll feel real when the fans are here.'