The Gas return back to BS7 with a single point, following a draw in normal time at the Kassam Stadium, before losing the penalty shootout.

A bright start set the tone for the Gas, with Tom Mehew wriggling free inside the area and slotting neatly into the bottom right corner to propel his side into the lead before the 12th minute.

Rovers enjoyed a sustained spell of pressure at the beginning of the second half, but it was with less than 10 to go when Phillips was brought down inside United's area by Nico Jones. Leahy stepped up, before seeing his penalty saved and his strike on the rebound go narrowly wide.

Oxford responded from this, with Osei Yaw heading past van Stappershoef from close-range with less a two minutes remaining of normal time.

In the shootout, two misses from the Gas saw Oxford take the bonus point, meaning the Rovers return home with just the single point from what was a night of real promise for the Gas' next generation. 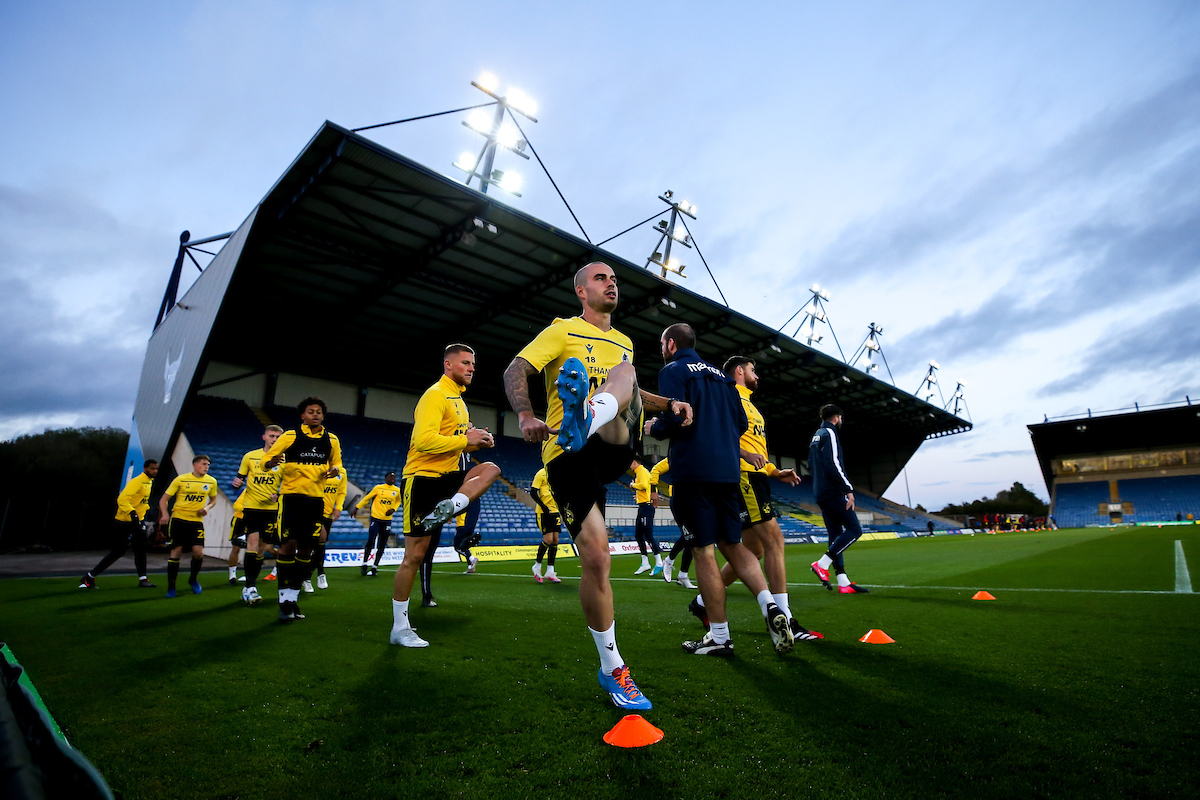 Garner named a much-changed side from the weekend's victory over Northampton Town, nine in total across his first eleven, with only Jack Baldwin and James Daly keeping their place.

A number of academy products featured in the matchday squad, with Alfie Kilgour, Tom Mehew, Cameron Hargreaves, Zain Walker and Kieran Phillips all named amongst the eighteen. 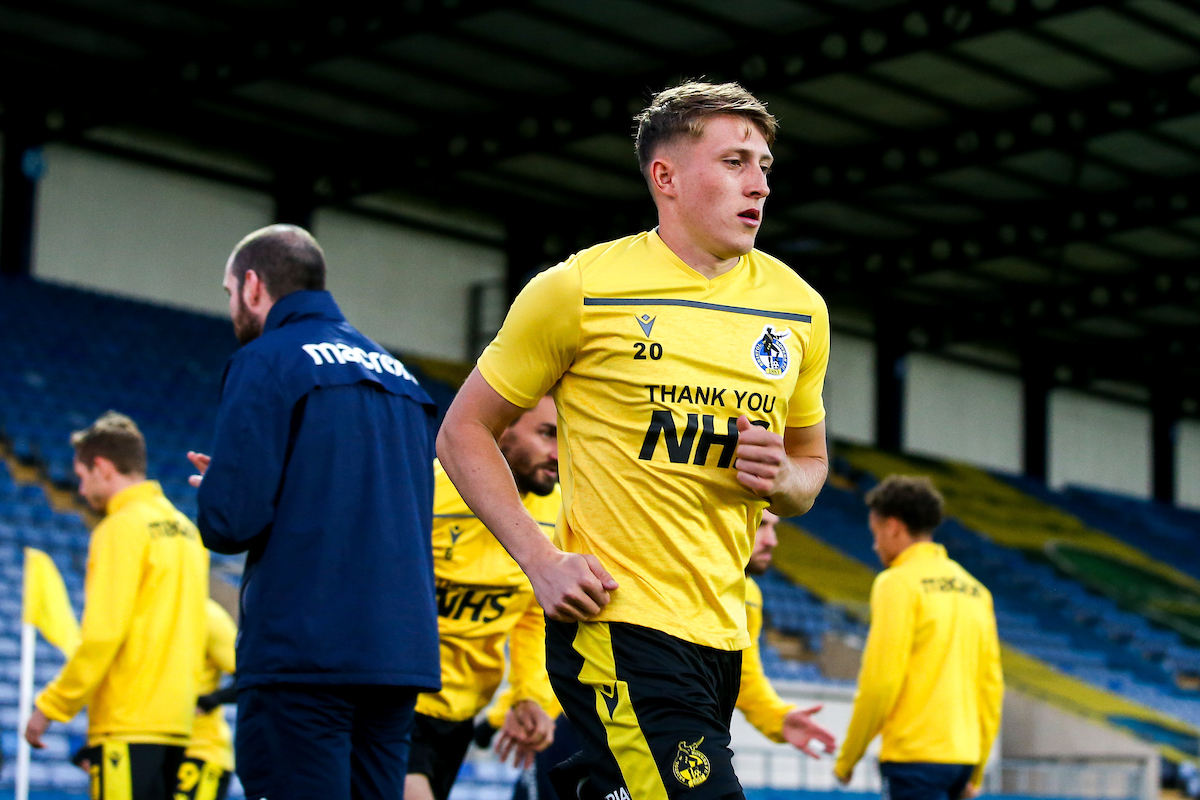 Rovers started brightly early on in the game, even finding the net inside the opening ten minutes but had it quickly chalked off by the referee. It came through a smart cross from Nicholson from the right flank, in towards a competing Zain Walker. The ball bounced out to Luke Leahy who fired home for what would've been his 3rd goal, but the referee blew for a foul by Zain Walker.

Just after 10 minutes, the Gas found the net again, and this time it counted.

A clever throw into the feet of James Daly saw it quickly turned around the corner towards Mehew who controlled onto his left and neatly tucked it into the bottom right corner, a superb finish, and his second in two EFL Trophy games. 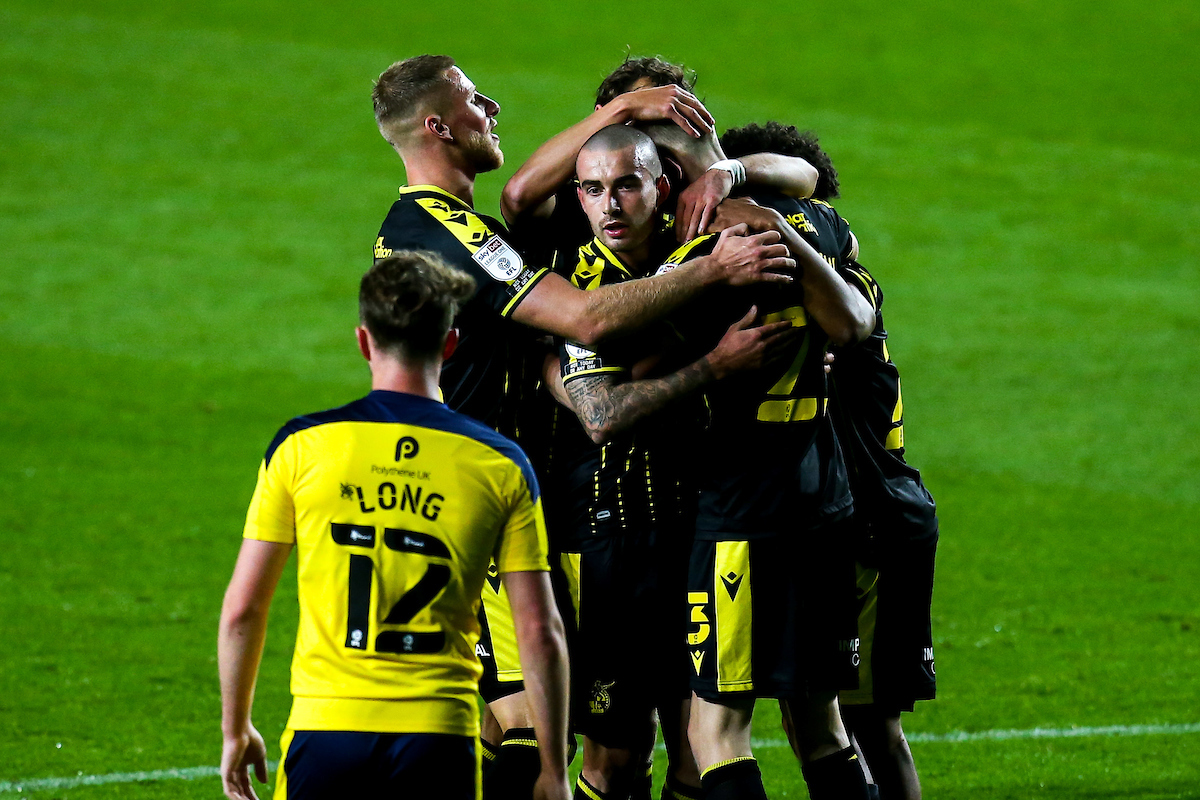 Rovers remained in the ascendancy, with Upson hitting a speculative effort from 30+ yards out towards the bottom right corner. It looked to be sneaking in, needing a crucial touch from Stevens in the Oxford net to turn it around the post.

McGuane produced Oxford's first real sight of goal 25 minutes in, as he arched around the periphery of the area before lacing an effort with his right. However, the strike was central and van Stappershoef gathered well.

Oxford grew into the game from this point but struggled to really test Van Stappershoef further before the break, while Rovers attempted to maintain the pressure on the U's. However, no real chance of quality came before the break, with the Gas going in ahead. 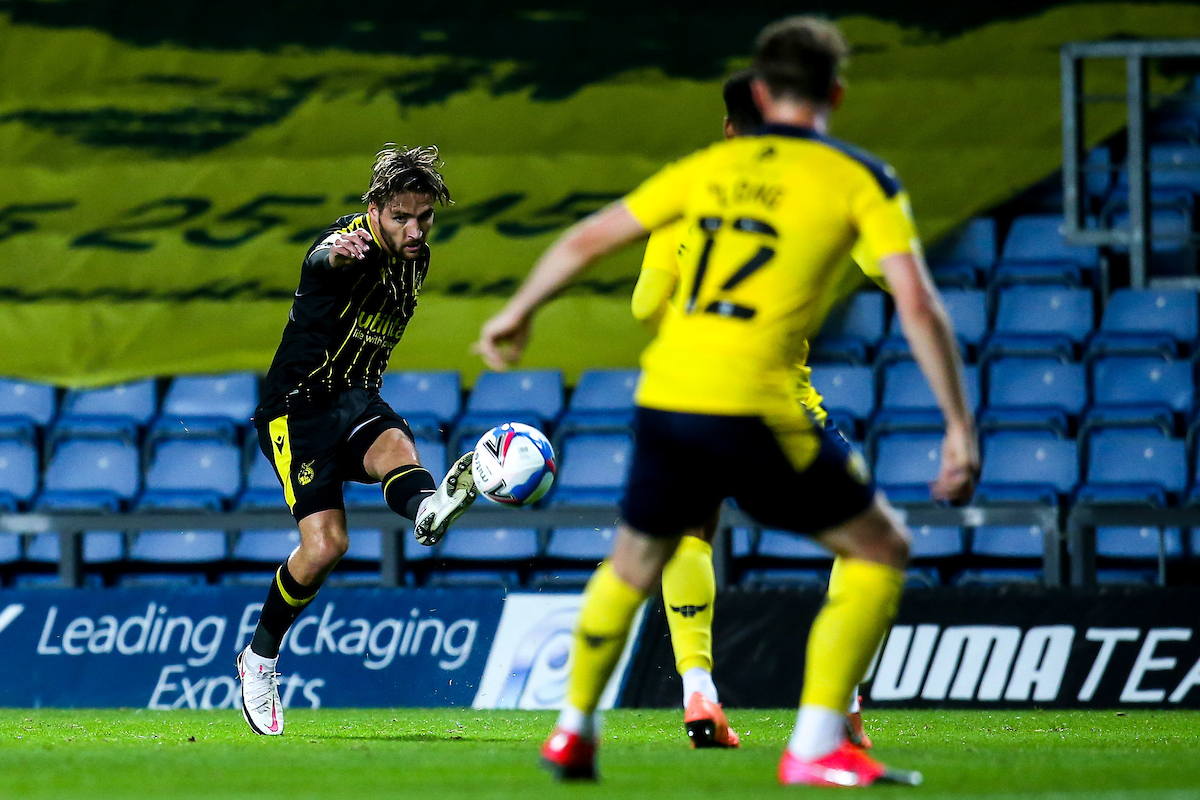 A frantic goalmouth scramble opened the half, with a strike from Luke Leahy deflecting across the face of goal towards Sam Nicholson who attempted to control the bouncing ball. His touch betrayed him slightly, bouncing up again before he struck it with his left foot. By that point though, Stevens had rushed out well from the Oxford net, making a good save from close range.

James Daly bolted well beyond Oxford's left-back thanks to a smart touch moments after Nicholson's strike. Daly pulled it back across the area, but Stevens dove at the feet of the onrushing Walker, cutting out the imminent danger. 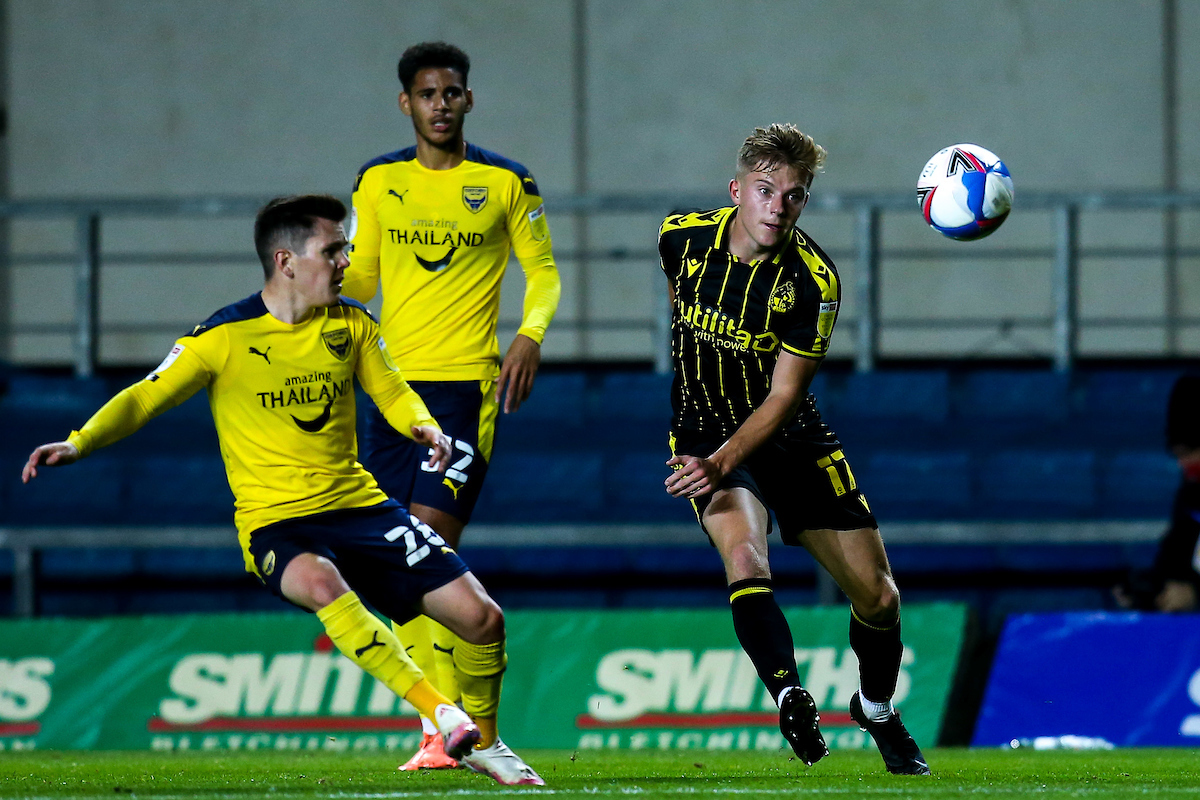 The ever-lively Cameron Hargreaves went close soon after, with Walker finding his fellow academy graduate in the box with a neat pass. Hargreaves shimmied back and forth with his back to goal inside the area before hitting a left-footed effort on the turn, going narrowly wide of Stevens' right post.

A sharply taken free-kick from Rob Hall forced a quick reaction from van Stappershoef around the hour mark, with the Dutchman leaping to his left to palm an arrowing effort wide. 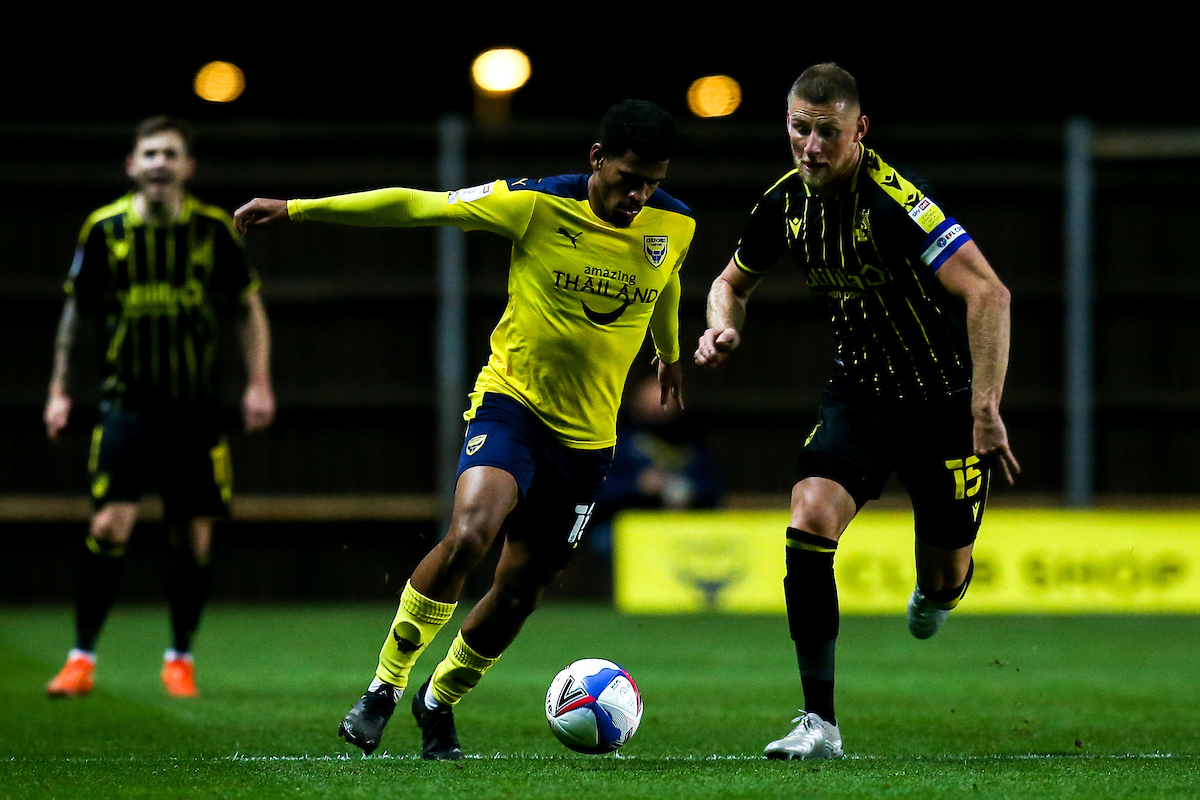 With just under 10 minutes to play, youngster Keiran Phillips, who signed his professional deal just before the COVID-19 lockdown, made his senior debut, replacing James Daly late on.

Making an instant impact, Phillips was brought down inside the area from a poor Nico Jones challenge. Leahy stepped up to take, but saw his penalty saved, before knocking the rebound narrowly wide.

Up the other end, Oxford responded, with Osei Yaw heading past van Stappershoef from close-range in the 89th minute. 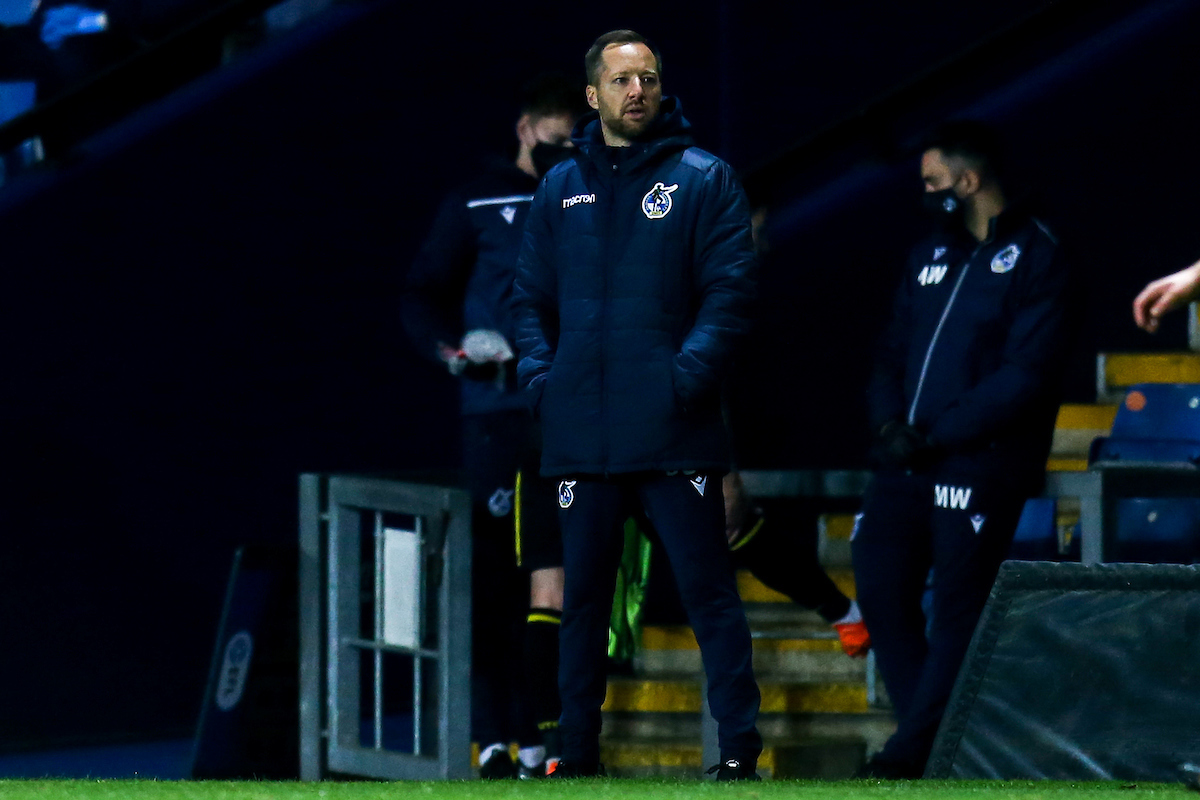 In penalties, Leahy began with redemption, striking home the first penalty of the shootout, but misses from Ed Upson and Jack Baldwin costed the Gas a bonus point in the penalty shootut.

The Gas will head to Sincil Bank on Saturday, to take on Lincoln City in the league.