Rovers secure victory with a confident display at the Mem...

Goals from Brandon Hanlan and Jack Baldwin helped Rovers pick up a victory on home soil against Northampton Town.

In a goalless opening forty-five minutes, Rovers had an early Cian Harries goal ruled out for offside.

A confident penalty from Brandon Hanlan did the trick from 12-yards, after the forward kept his nerve from the spot after being tripped inside the Northampton area.

The Cobblers' were reduced to ten-men as Joe Martin was dismissed just shy of the hour mark.

In the closing stages, a Jack Baldwin goal added the security of a two-goal margin, with the defender finishing off a well-worked corner routine, with the three-points starting October on a postie footing for Rovers. 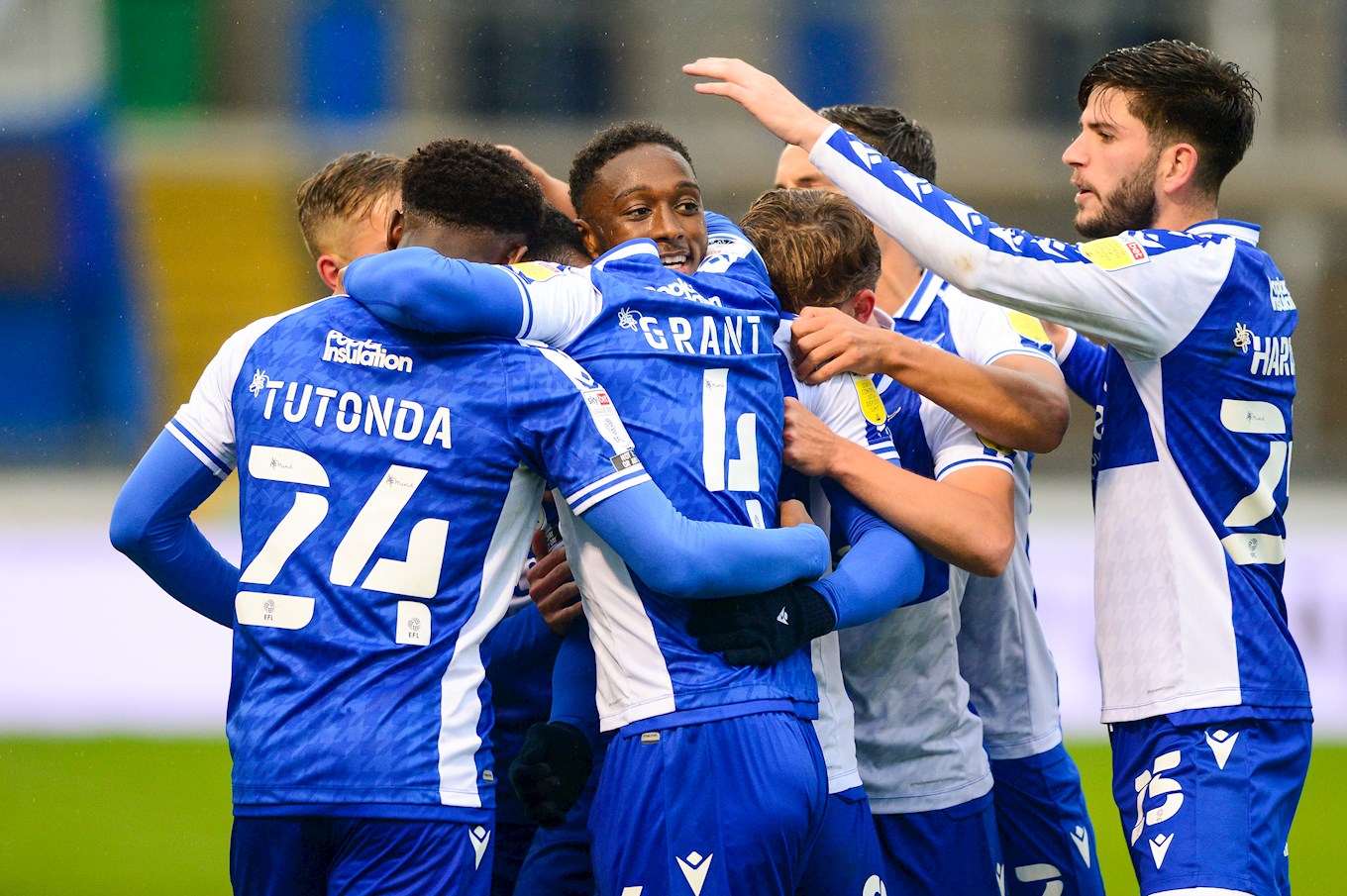 Ahead of the encounter, Rovers boss Ben Garner opted to make three changes to the side that faced Doncaster Rovers last Saturday.

The trio of changes saw Josh Hare, David Tutonda and Jack Baldwin come into the starting XI, at the expense of Alfie Kilgour, Jayden Mitchell-Lawson and Luke Leahy.

On the injury front, there was a positive sign for the Gas, as Sam Nicholson was deemed fit enough to take place amongst the Rovers substitutes.

Garner's side thought they had grabbed the game's opening goal when Cian Harries poked home at the far post from a corner, only for the defender's goal to quickly ruled out for offside within the first ten minutes of the encounter.

The visitor's had an early sight at the Rovers goal, as Christopher Missilou peeled away from his marker to fire a low volley narrowly wide of the target, in what was Northampton's first clear cut opportunity. 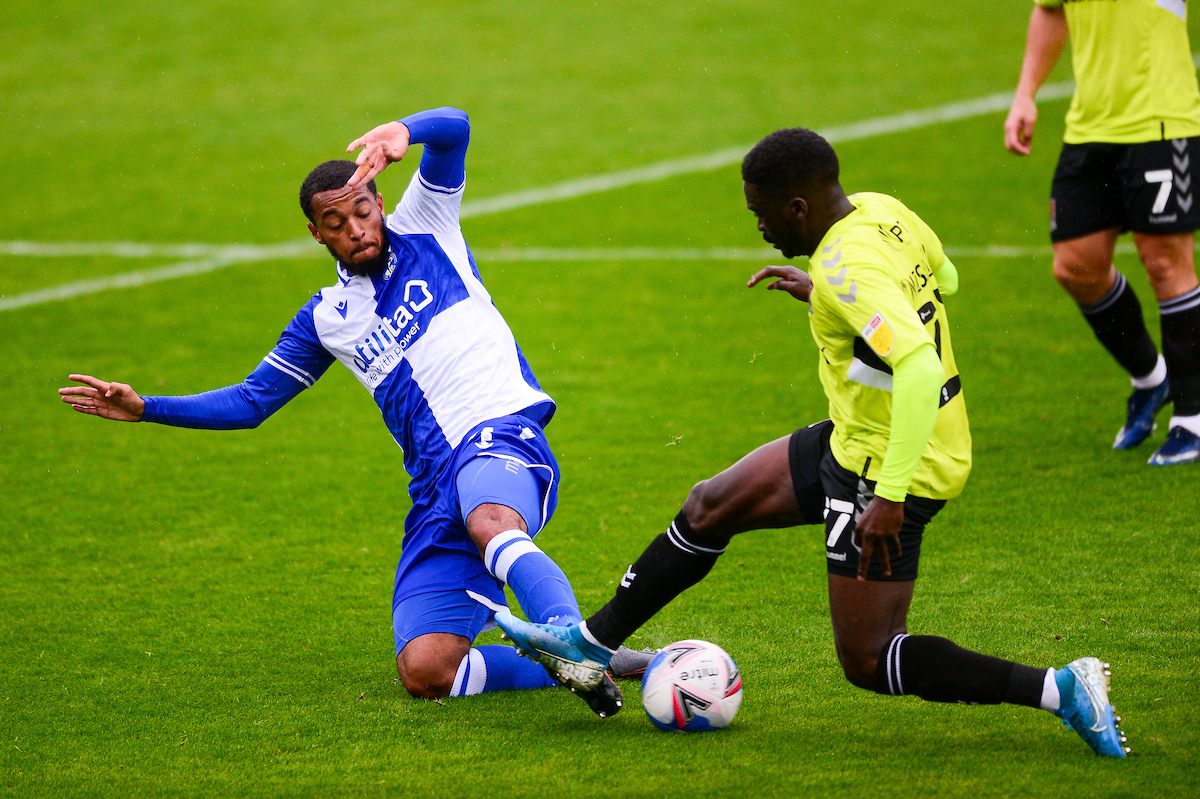 As the first half progressed, chances on goal became few and far between, with the majority of play featuring heavily in the middle portion of the pitch.

Late in first half stoppage time, a burst forward from Chelsea loanee, Luke McCormick opened up the Northampton backline. The midfielder shifted the ball back onto his right foot and curled an effort narrowly wide from just outside the area, as the deadlock remained in place at the interval. 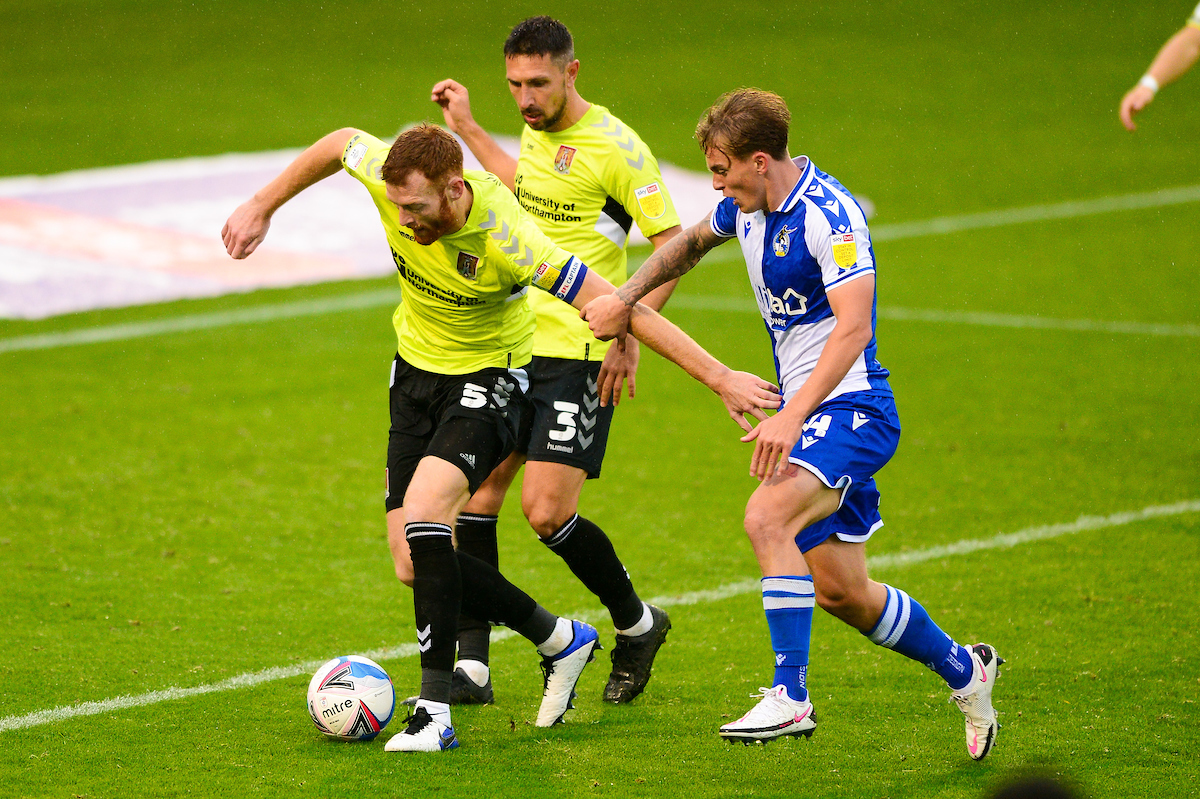 Rovers returned lively after the break and started in a strong fashion. Josh Grant carved out two handy cross in quick succession that pierced through the Northampton defence. Grant's first delivery swung narrowly out of the reaches of the diving James Daly at the near post, with the striker at full stretch to reach the cross. The second found it's the intended target, as Grant found McCormick, but after taking a touch inside the area the youngster couldn't dig out an effort on goal.

Ten minutes after the break, Rovers were awarded a penalty and a chance to take the lead from the spot. It was industrious play by Hanlan that carved out the opportunity, as the striker muscled his way into the area and showed some footwork before being tripped by Cian Bolger.

Hanlan was tasked with taking the resulting penalty and powered home a confident finish to open his Rovers account. 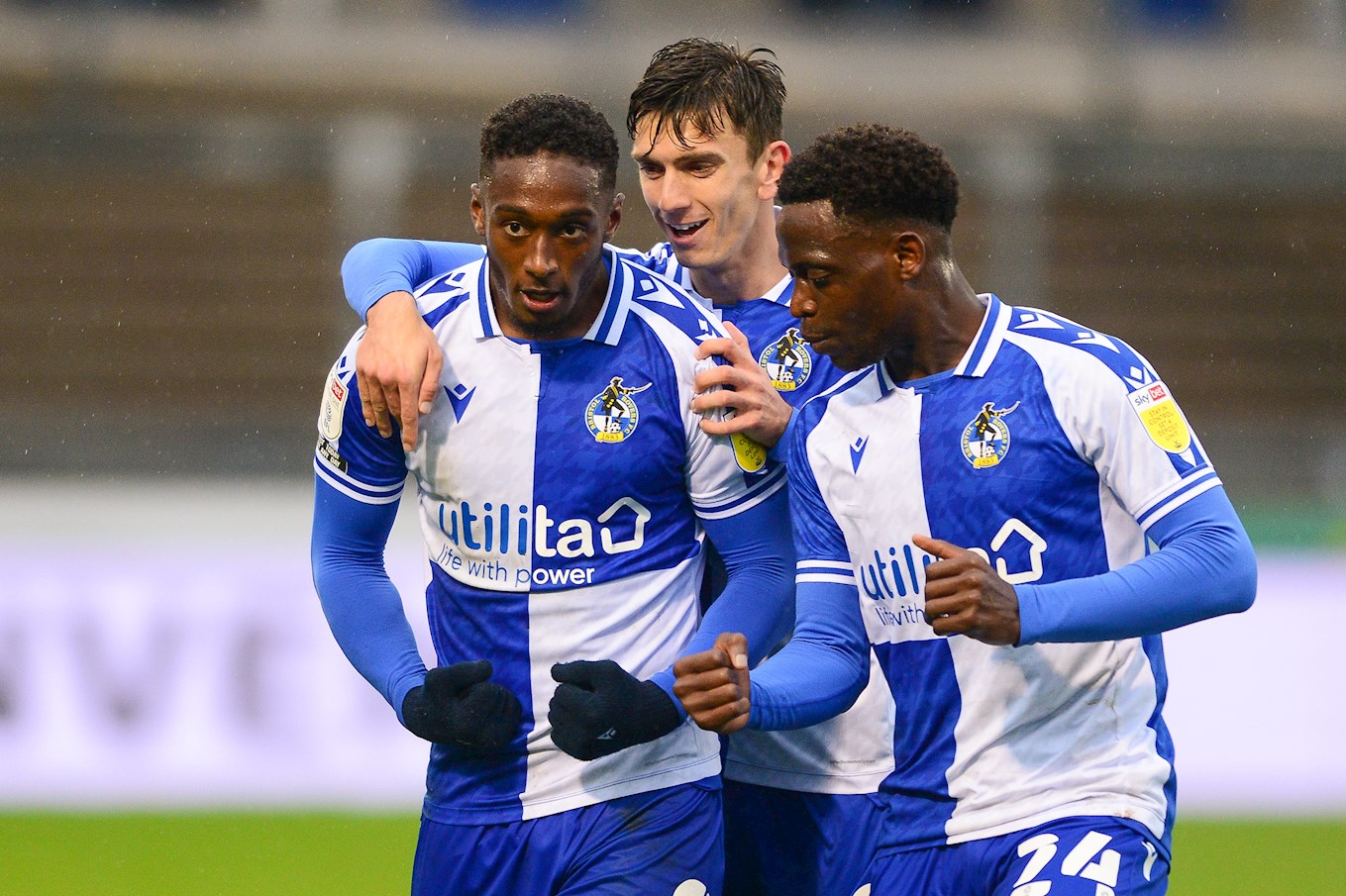 Shortly after Hanlan's opening goal, the visitors were reduced to ten men. Joe Martin was shown a second yellow card after a hefty aerial tackle on Hanlan that resulted in the former Rovers loanee being shown his marching orders, with options for Keith Curle on touchline limited after making a triple chance after the goal.

With the extra man, Rovers enjoyed more of the possession and created more openings. Zain Westbrooke saw a well-struck free-kick from a narrow-angle climb narrowly over the crossbar, with many expecting the midfielder to shape a cross into the crowded goalmouth.

Rovers added the security of a second goal with just over ten minutes remaining. It was Westbrooke's corner from the left that started the move, as a high delivery towards the far post was headed back across goal by Cian Harries, where Jack Baldwin was on hand to hammer home a close-range finish.

The remaining minutes of the game played out with Rovers managing game. There was a late opportunity for Sam Nicholson to open his goal tally for the season after the winger was picked out by a neatly weighted through ball from Josh Hare, but Arnold in the Northampton goal was equal to the effort from the inside the area.

Hanlan had further opportunity to double his goal return late on, as he saw a goalbound effort cleared off the line, with Josh Hare also coming close, striking the crossbar with an effort from range. 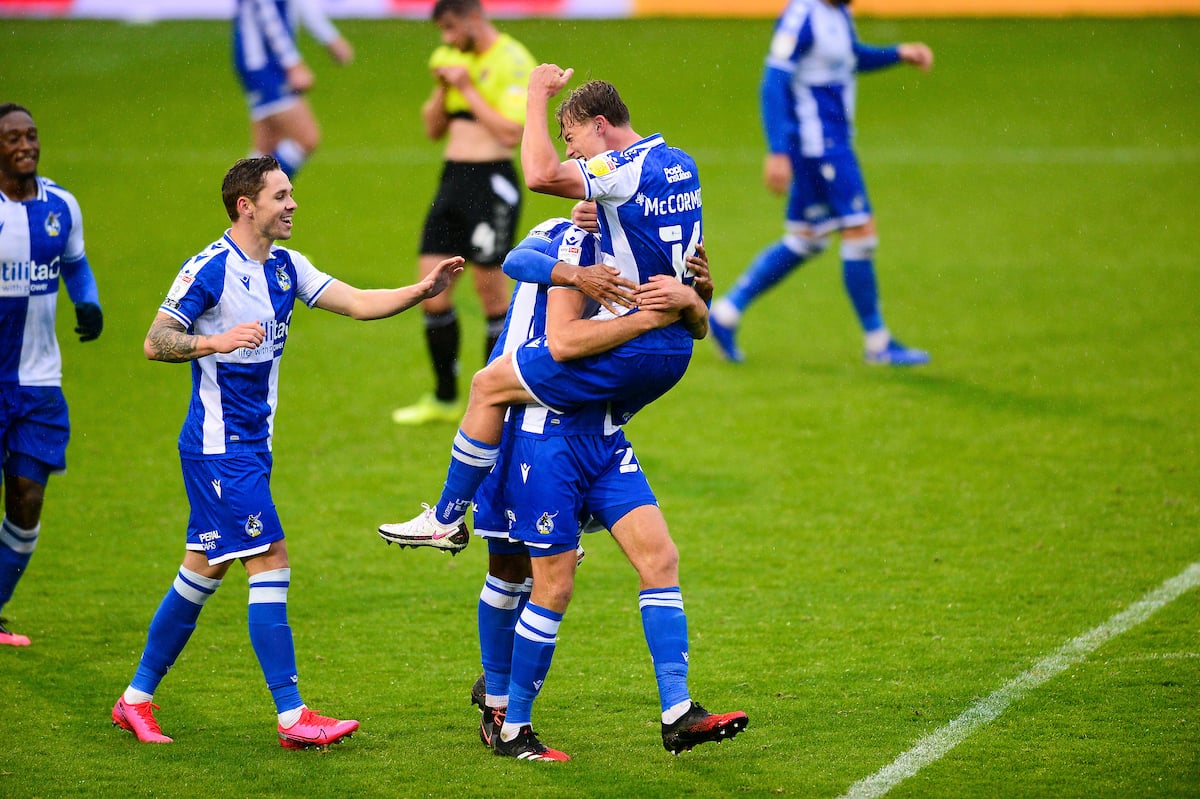 Rovers are in midweek action in the EFL Trophy, with a Tuesday night trip to Oxford United next up for the Gas.