The Gas mounted a fantastic 10 minute turnaround to recover from 1-0 down away at Sincil Bank and take the three points.

James Daly's instant reply to a Lewis Montsma effort early in the second half leveled things up, before a penalty won and scored by Brandon Hanlan put the Gas in charge.

Late drama came in the form of a red card, as Adam Jackson was sent marching following a second yellow for a late challenge with less than 10 to go. 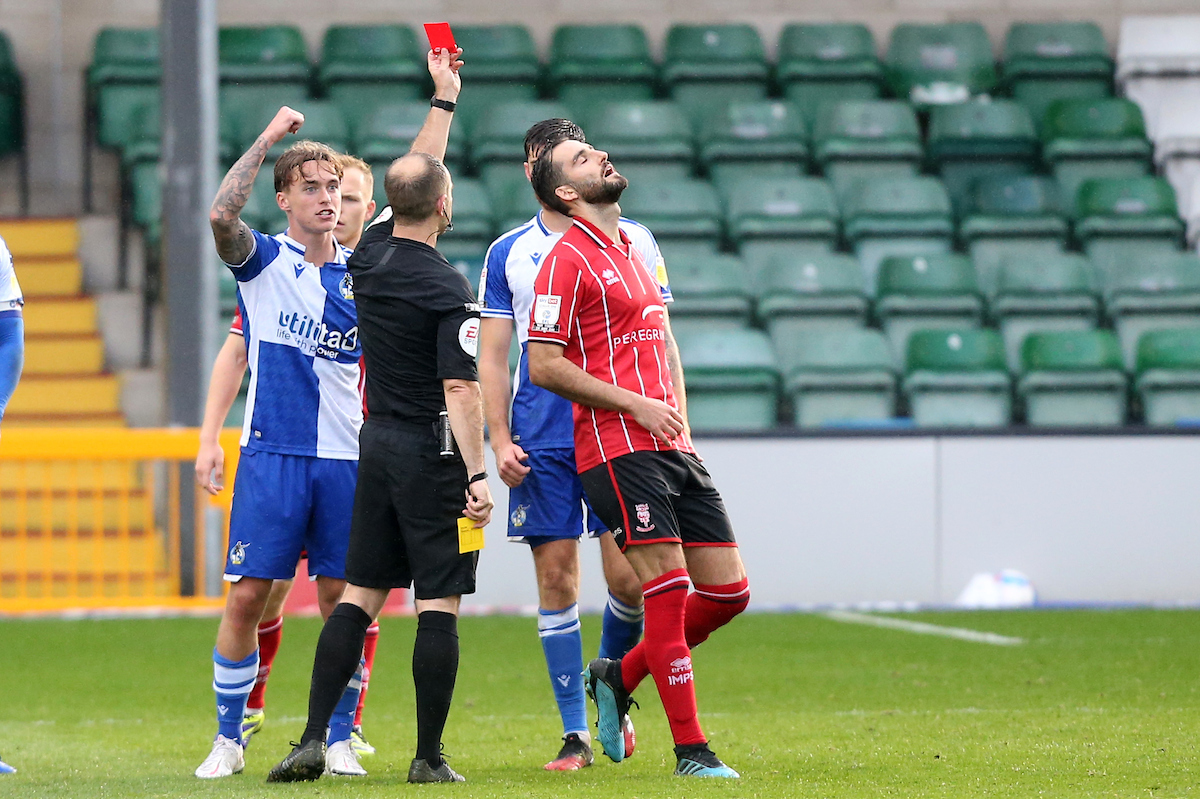 Ben Garner opted to make no changes from his winning side in the Gas' last league game, with James Daly accompanied by Brandon Hanlan up top. 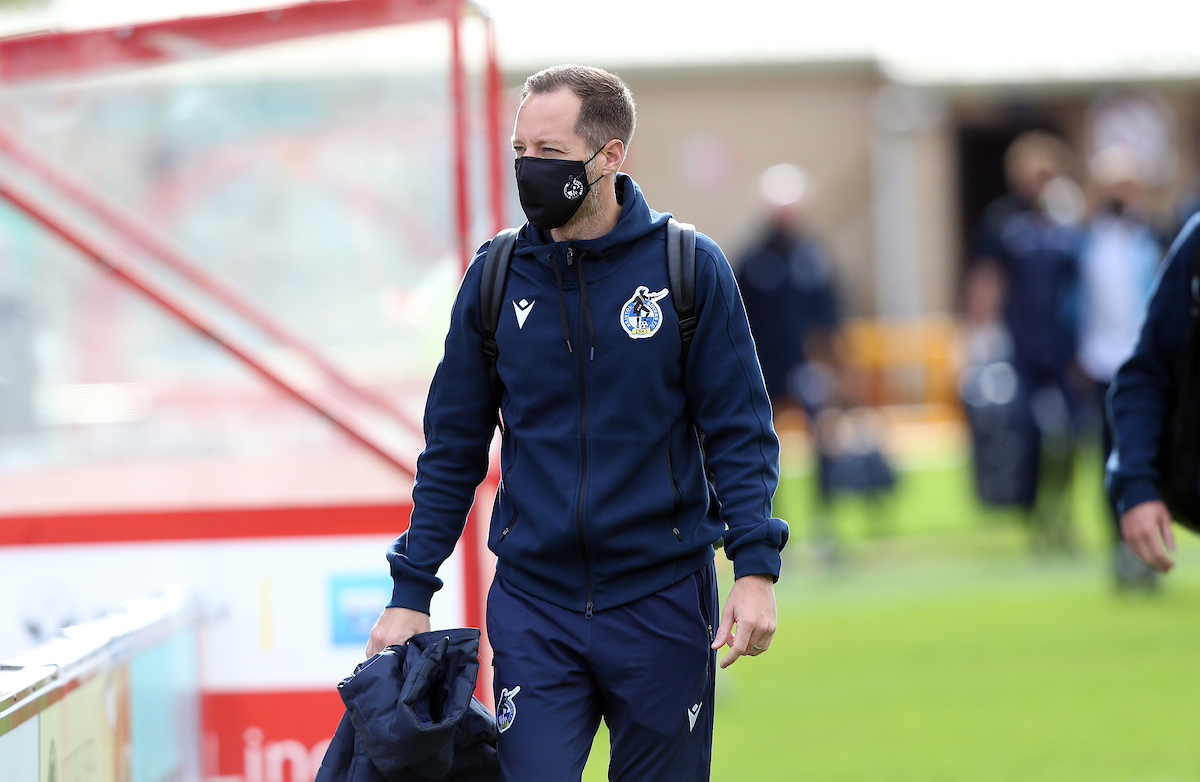 The Gas arrived at Sincil Bank in beautiful October sunshine, but the build-up to kick-off was accompanied by intermittent rain showers as Rovers looked to dampen Lincoln's bright start to the 2020/21 campaign.

The game started as a slow affair, with both sides enjoying spells of real possession, working each other out in the early stages.

With just over 10 minutes gone, the home side found their first sight of goal, with Tom Hopper latching onto a whipped ball from the right flank. He tried to re-direct goalwards, maintaining the power of the delivery but saw his strike flash wide of Jaakkola's left stick.

The Gas' first chance came from the simplest of moves, one pass from Jack Baldwin split the midfield, picking out McCormick in space. His first touch flicked the ball up slightly, with the Chelsea loanee opting to strike with his second. The shot possessed power but didn't trouble Palmer, who stood firm and collected the central strike well.

The Rovers defence will be thankful Anssi Jaakkola opted to stay home from international duty this week, as the Finnish international was called into action to make an excellent save with over 20 minutes gone. A low cross came in from the left flank with Harry Anderson lurking in a pocket of space. The winger toed an effort first time in front of Jaakola's goal, with the 'keeper adjusting well to make the save.

With less than 5 minutes left of the first half, Daly produced a decent opportunity for his side, receiving the ball under pressure on the right flank near the opposition area. The turned out neatly, before letting fly with a left-footed effort, but saw it saved comfortably by Palmer.

In added time in the first period, Tutonda burst forward into the Lincoln area before playing a smart square ball across goal. McCormick latched onto the pass but sliced his shot wide of the right post, meaning it remained 0-0 at the break. 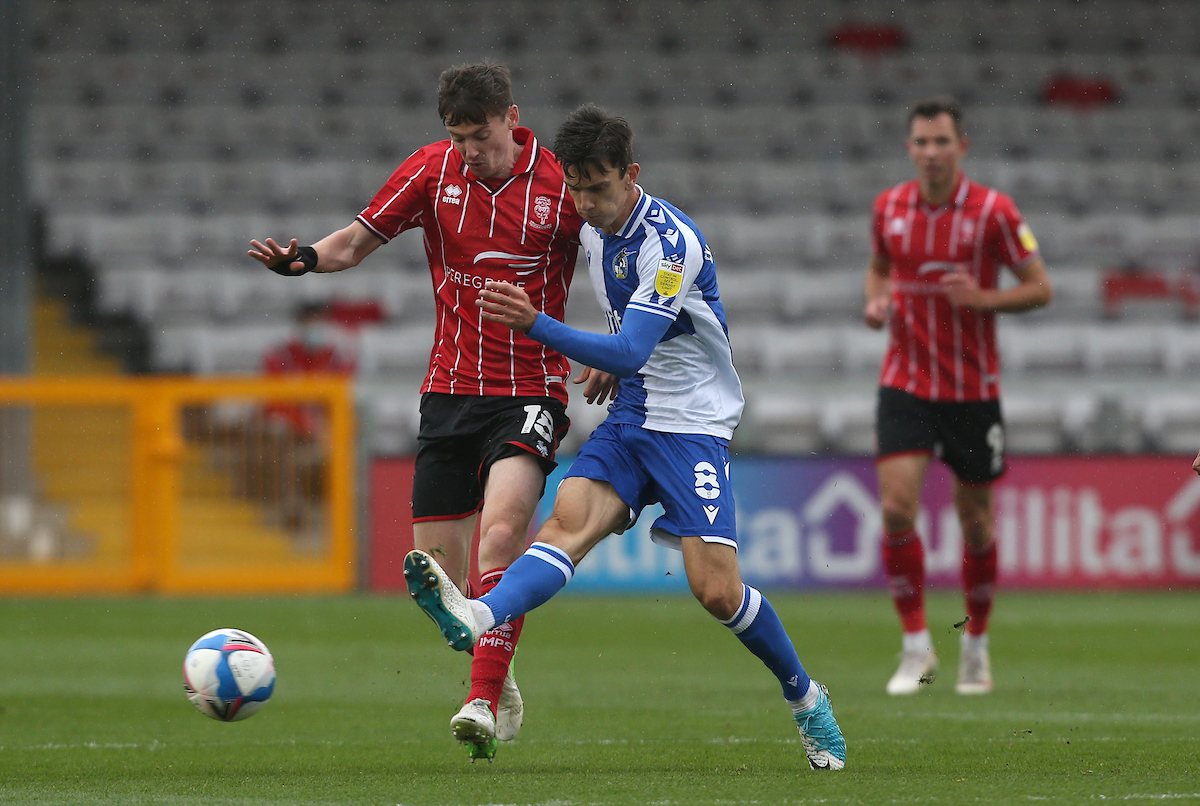 Seconds into the second half, the home side had the lead, as Lewis Montsma leaped highest to reach a free-kick and divert home. The defender collided with the post following the header, but was deemed okay to continue after receiving treatment. 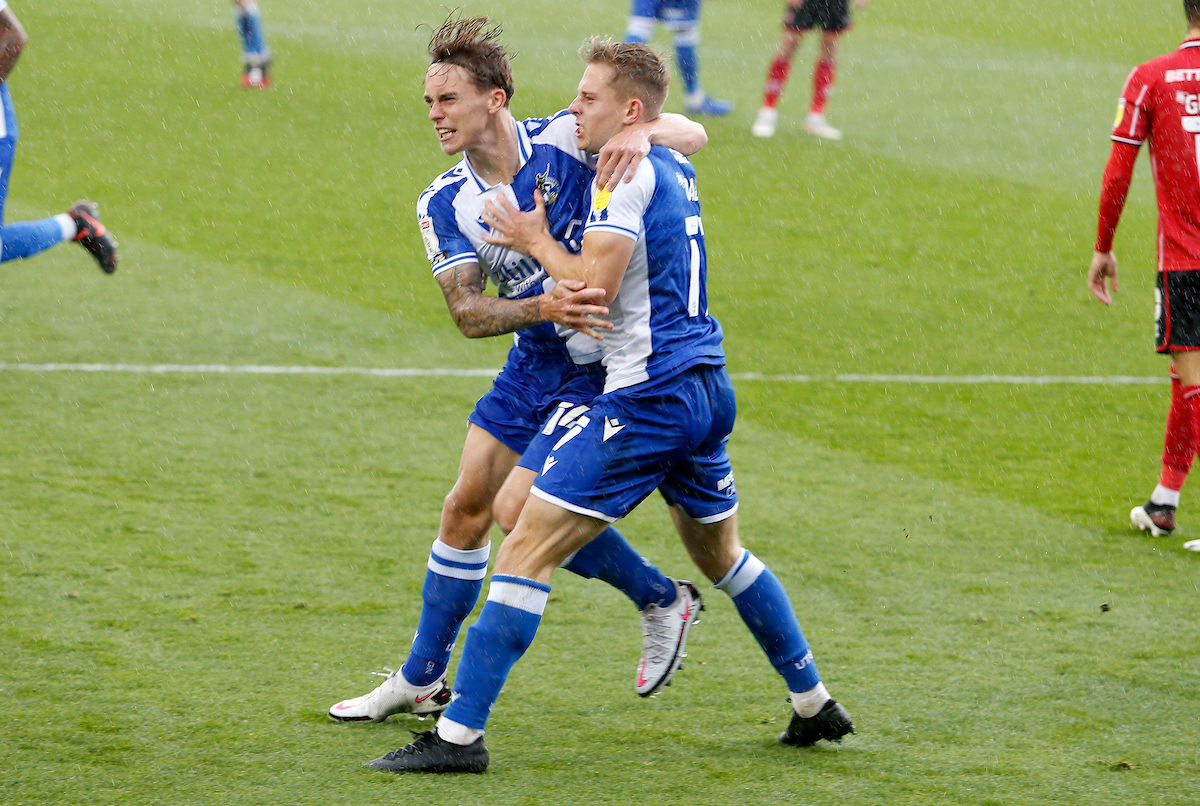 In a hectic first five minutes of the half, Westbrook went close from distance. The midfielder received a lay-off outside the box before shifting it onto his left to make an angle before letting fly. His strike arrowed narrowly wide of the left post.

The Gas carried the momentum from the response and saw a smart pass from Josh Hare set Brandon Hanlan into space on the edge of the box. His touch took him into the area where he was cut down by a Lincoln defender, leaving the ref' no choice but to point towards the penalty spot. The striker stepped up and fired home his second penalty in two games, putting Rovers in the lead.

After taking the lead, Rovers did well to stifle any rebound Lincoln threw at them from the restart, with Lincoln's most immediate chance coming with 20 to go. Strong battling from James Jones saw the number 8 find a sight of goal on the edge of the box, he struck the ball into a Rovers leg, seeing the deflection ricochet kindly for Jaakkola.

With 15 left, another Josh Hare cross caused problems as it bounced dangerously in the Lincoln area. A defender half-flicked a clearance towards the edge of the box where McCormick came crashing in with a first-time strike on the volley. However, the loanee's strike lacked venom, with Palmer saving well.

Following this, Lincoln sustained real pressure after a corner, with the ball rattling around the Rovers box on numerous occasions. Cian Harries was needed to block the first dangerous effort from the right before a mixture of Rovers bodies made a crucial block from a close-range strike moments later.

Late on, a poor challenge on Josh Grant from Adam Jackson saw the Lincoln defender receive a second yellow card, and subsequently, his marching orders from the ref', leaving Lincoln at 10 men for the remainder.

The Gas sustained the pressure from the home side and earned a fantastic 3 points on the road. 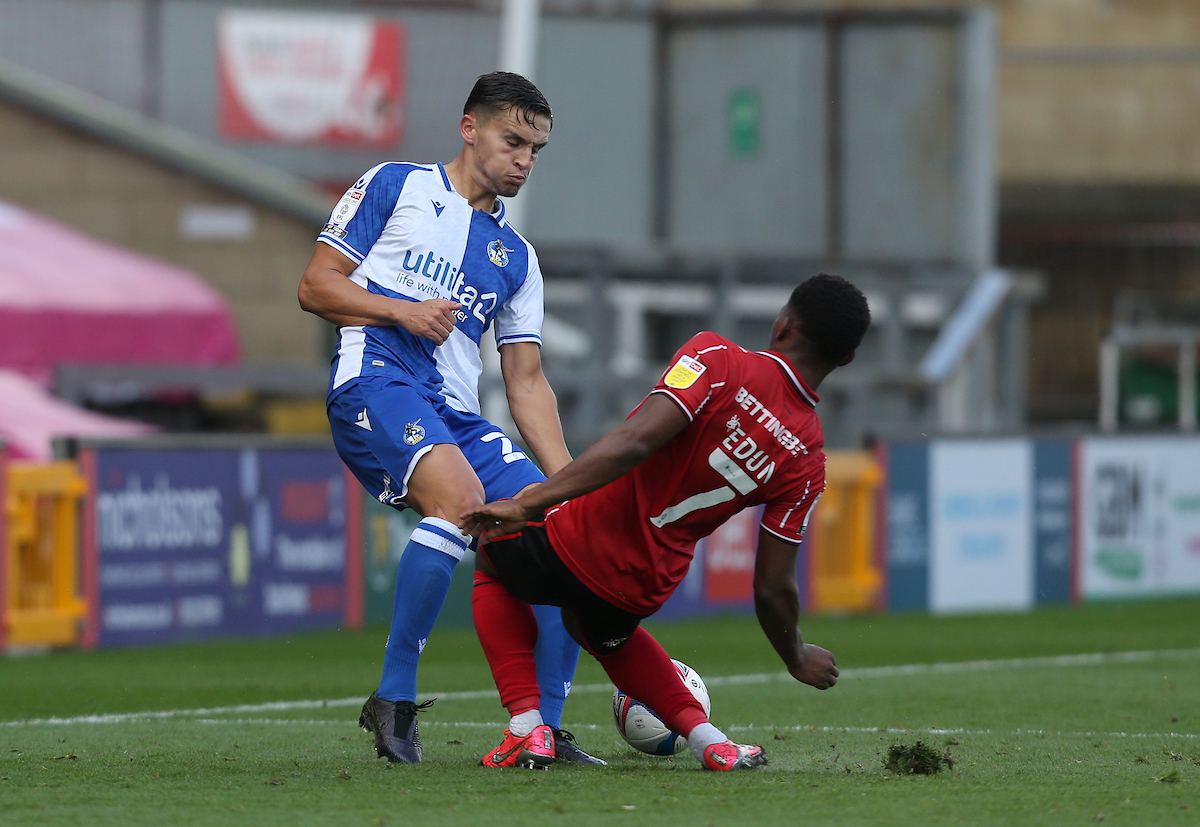 Rovers have no midweek fixture, with their next game a home tie against Burton Albion.