A home tie against Burton Albion awaits the Gas tomorrow, check out all the pre-match info ahead of this weekend's encounter...

In this shortened 2020/21 campaign, a midweek break for the Gas will have been cherished as Rovers head into a hectic conclusion to October beginning with Burton Albion, before four more games to see the month out.

Rovers will be riding high on confidence going into this weekend, with a 2-0 win over Northampton backed up by an impressive 2-1 away victory against Lincoln City, who were unbeaten until they met the Gas last weekend.

Strikers James Daly and Brandon Hanlan both got on the scoresheet too, with youngster Daly, now wanting to push on from his first professional goal.

With preparations all but concluded for this weekend's fixture, Manager Ben Garner spoke to the press via Zoom on Friday, to offer his thoughts on Burton Albion and how Saturday's game is shaping up.

Midweek signing, Erhun Oztumer, will be available for selection this weekend following his loan move from Charlton Athletic on Thursday. The 29-year-old has joined for the season and will be looking to re-capture his previous League One form from his days at Walsall, where he scored 30 goals across two campaigns.

🤝A warm welcome to the Mem, Erhun Oztumer!

Catch the midfielder's first interview in the blue and white quarters down below!

💬 "Hopefully I can be an attacking nuisance for defenders!"

👇The creative midfielder gives his first interview after arriving at the Mem on a season-long loan from @CAFCofficial...#BristolRovers pic.twitter.com/kyAhBED0EM

Ben Liddle is also eligible for his debut down at the Mem this weekend after he signed from Middlesborough ahead of the Gas' trip to Lincoln, his first interview is also available underneath.

At the conclusion of the 2019/20 campaign, Brewers Captain Jake Buxton took the reigns at the Pirelli Stadium, making the step into management at 35 years-old. His start to life on the touchline has largely been spent away from home, as he told burtonalbion.co.uk, “We have had some tough away fixtures and have travelled a long way with Fleetwood, Swindon and Plymouth before Bristol, it’s a tough ask.

“But we will roll our sleeves up, get ready for the fight and will make sure we are tough to beat at Bristol Rovers.”

On the Gas, Buxton said, “They are a big club who made some great signings in the summer and there is a lot of expectations there, but we are ready for the challenge.” 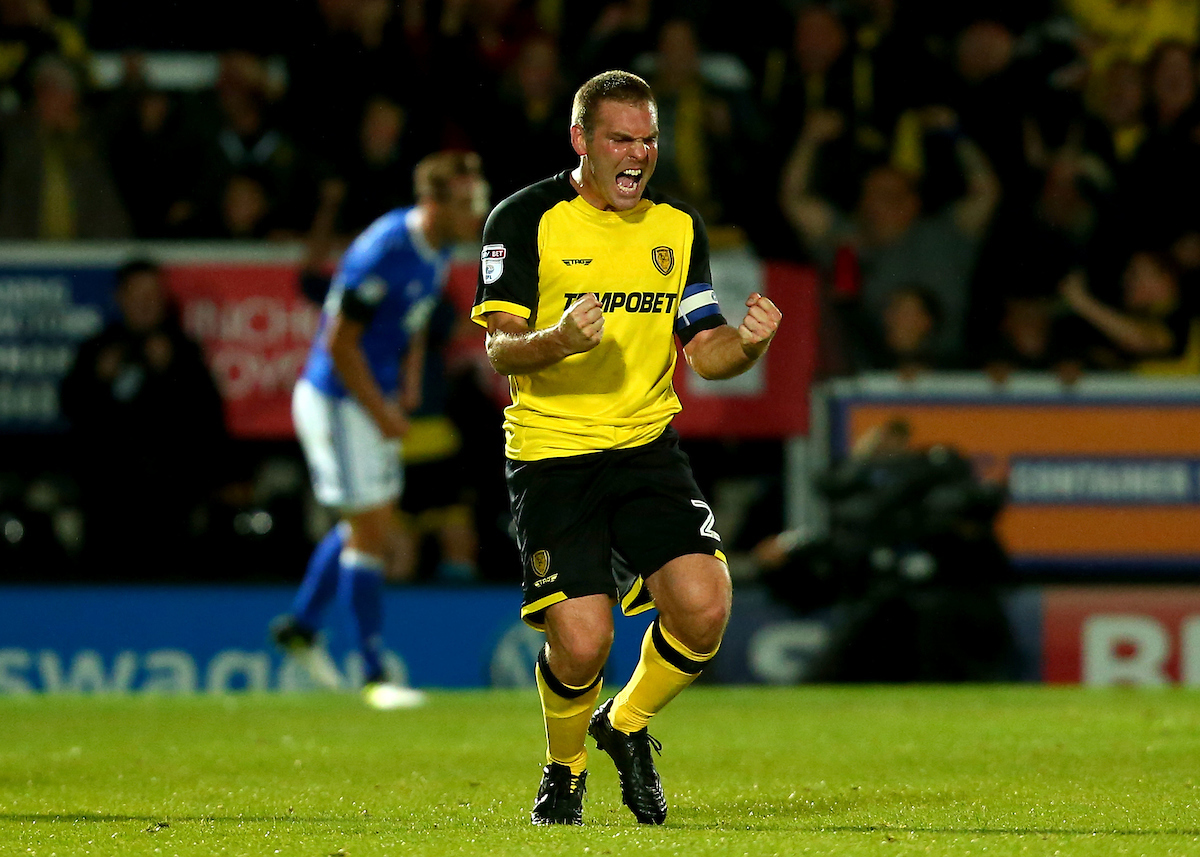 Buxton's Brewers have experienced a tricky start to the 2020/21 season, with the search for an away point still ongoing following Burton's solitary result this season, a 2-1 home victory over Accrington Stanley. Having said that, Buxton's side are more than capable of finding the net, losing 4-2 in 3 games on the bounce at the end of September/ start of October, to Swindon Town, Portsmouth and Cambridge United.

The Brewers will have fresh memories of the South-West from their travels last weekend, when they travelled to Home Park to face Plymouth Argyle, where they lost 2-0. 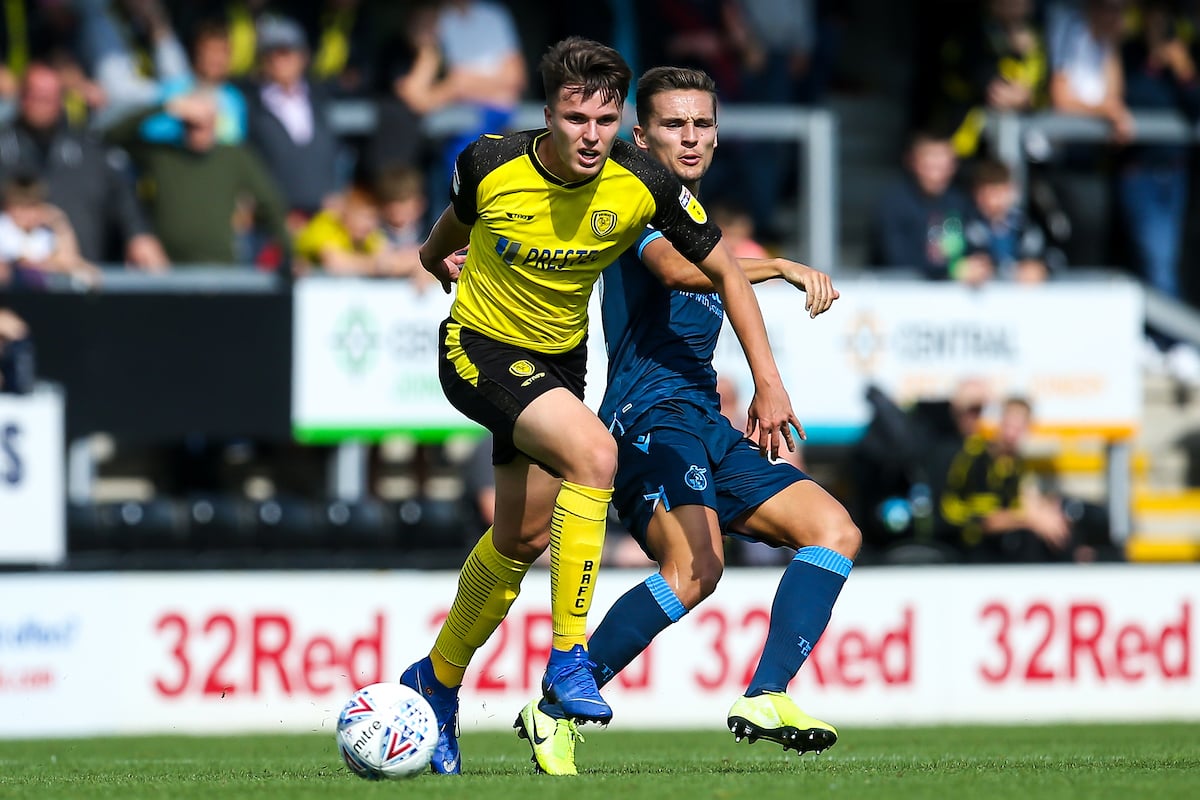 The Gas have suffered against Burton Albion in recent history, with their single meeting last season ending in dramatic fashion, with Akins and Edwards notching late goals to condemn Rovers to 2-0 defeat. Incredibly, the Gas have only met Burton Albion 3 times since their last win over the Brewers, which came at the Mem in 2014.

Rovers will wear the famous blue and white quarters at the Mem on Saturday afternoon. 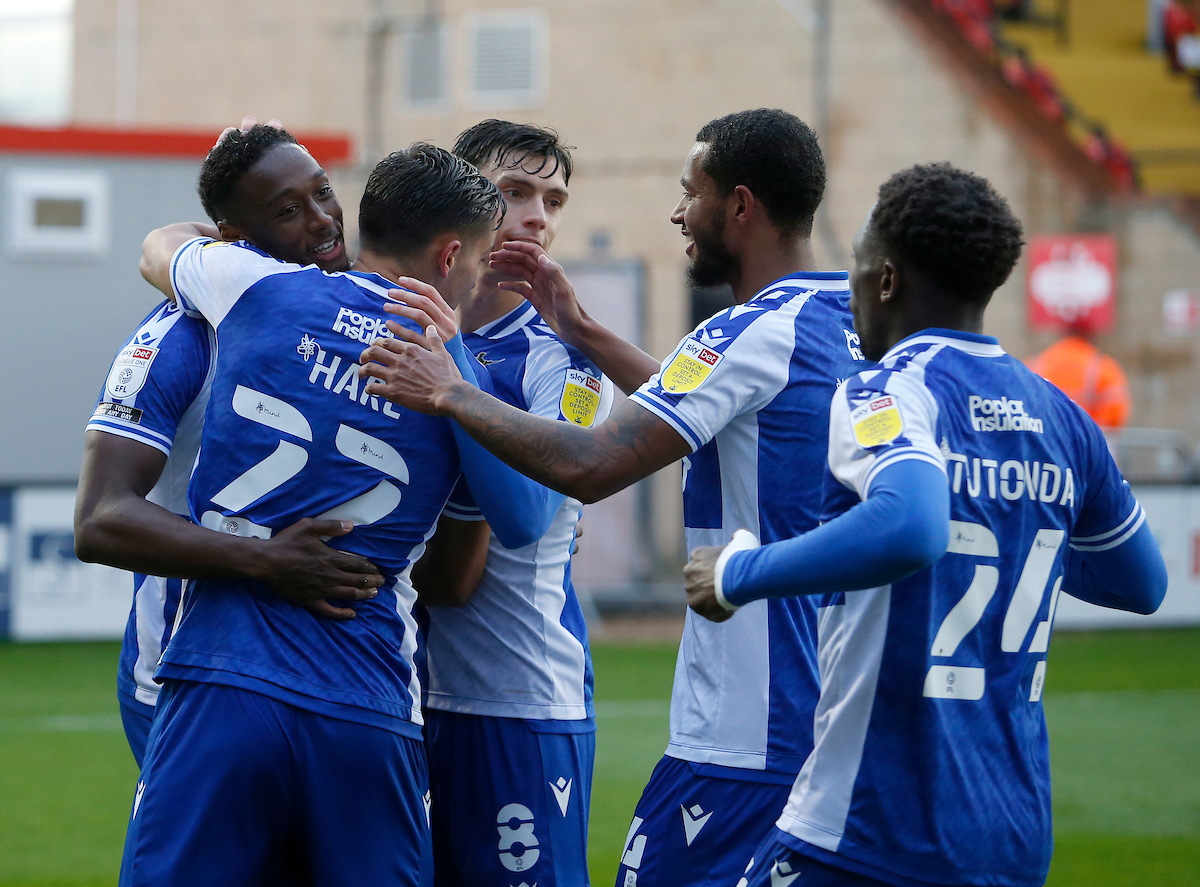 Tune in to this weekend's tie from the comfort of your own home. The link below has the full rundown on how to watch Saturday's game live on iFollow - with match passes priced at £10.

League One returns to its full capacity following a reduced weekend of fixtures courtesy of international fixtures.

MK Dons kick the weekend off at 1pm, hosting an in-form Gillingham side at Stadium MK. League leaders Ipswich Town have another home tie this weekend, with Accrington Stanley visiting Portman Road.

Lincoln City will be looking to recover from defeat to the Gas last week away at Fleetwood Town this weekend, while the Gas' next opposition, Shrewsbury Town, visit AFC Wimbledon.