The Gas go down on the road to Southend United...

A strike from Charlie Kelman just after a quarter of an hour was equalised by a tidy finish from Jayden Mitchel-Lawson almost immediately after the 2nd half began.

However, Southend continued to fight from this point, and a close range effort from Terrel Egbri along with an Alfie Kilgour own goal allowed them to take all three points. 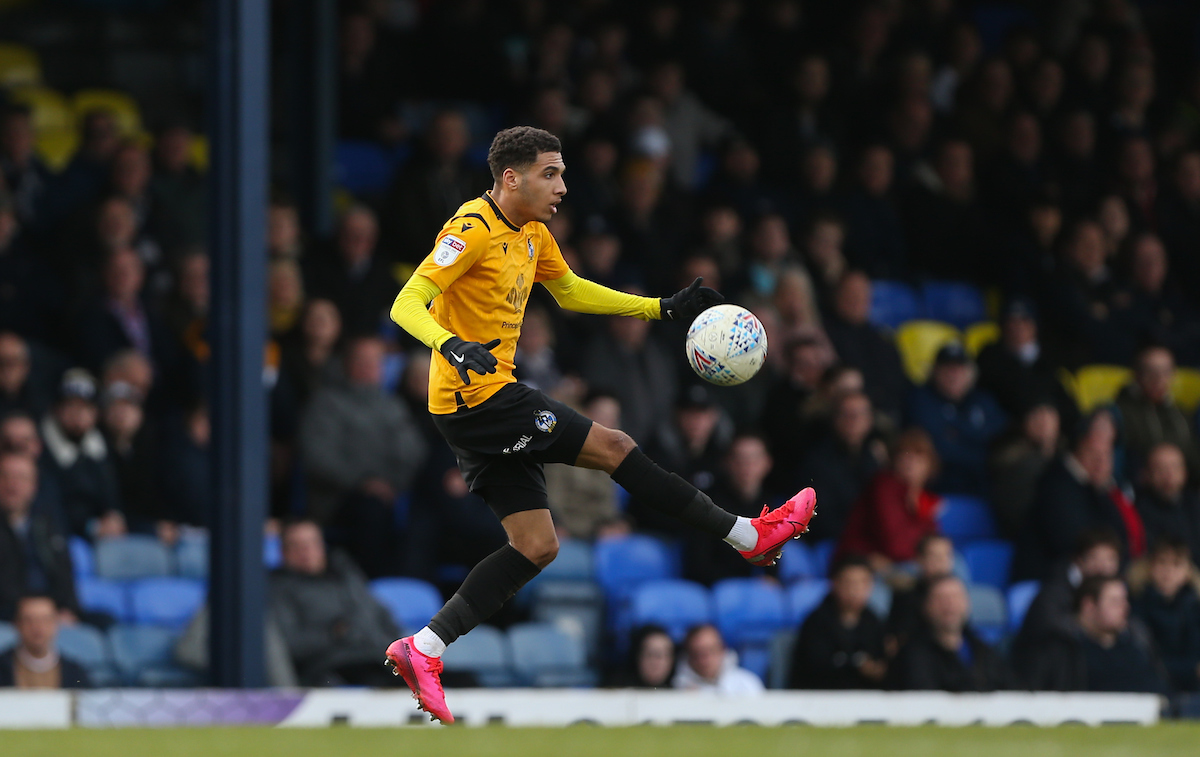 A return to the Bristol Rovers line-up for Josh Hare is the eye-catcher amongst Garner's selection for today's tie with the right-back set to make his first appearance since limping off against Gillingham in September.

Not only is Hare's return a highlight, but first starts for both Cian Harries and James Daly complete a tweaked Rovers line-up. 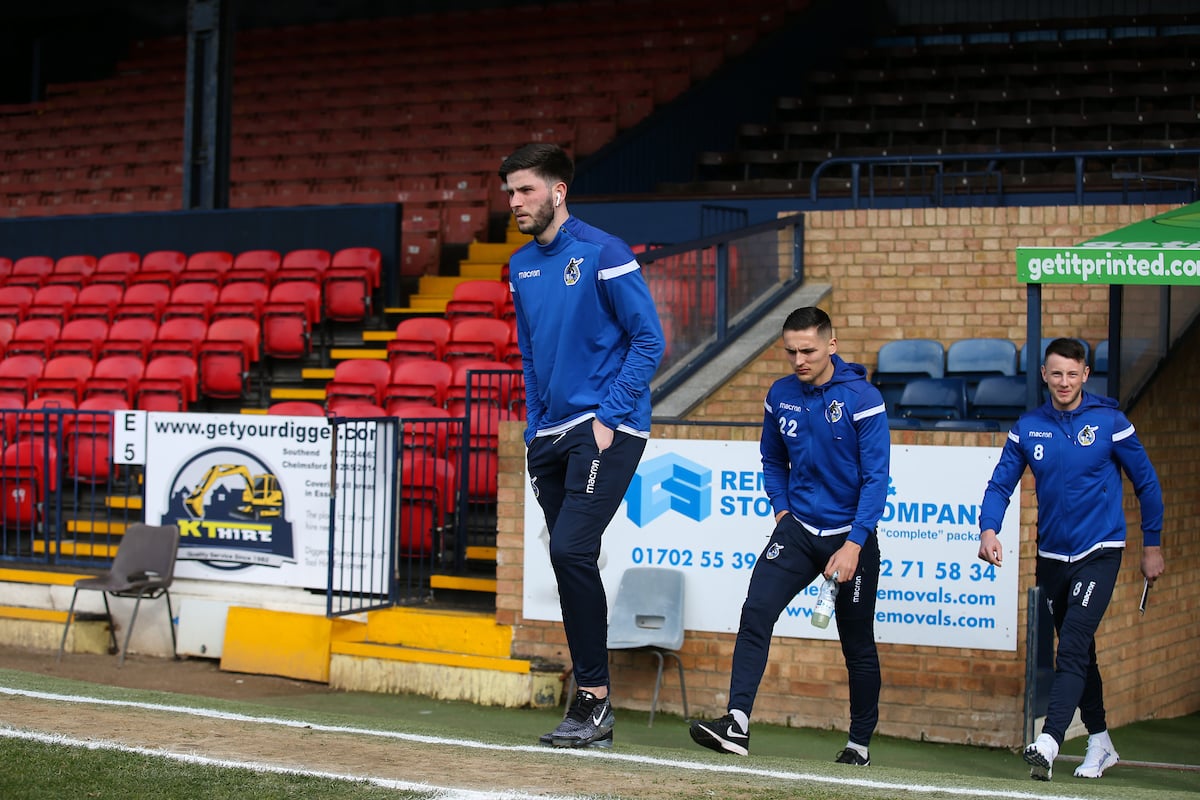 Early on the Gas looked to exploit Southend from set-piece situations as James Daly won a free-kick towards the opposition box. Sercombe floated a ball deep towards the back stick for Craig who calmly knocked it back across the face of goal. His defensive partner Alfie Kilgour was there, but could only direct his headed effort onto the post before Gunnarsson collected after Harries scuffed a strike on the rebound. 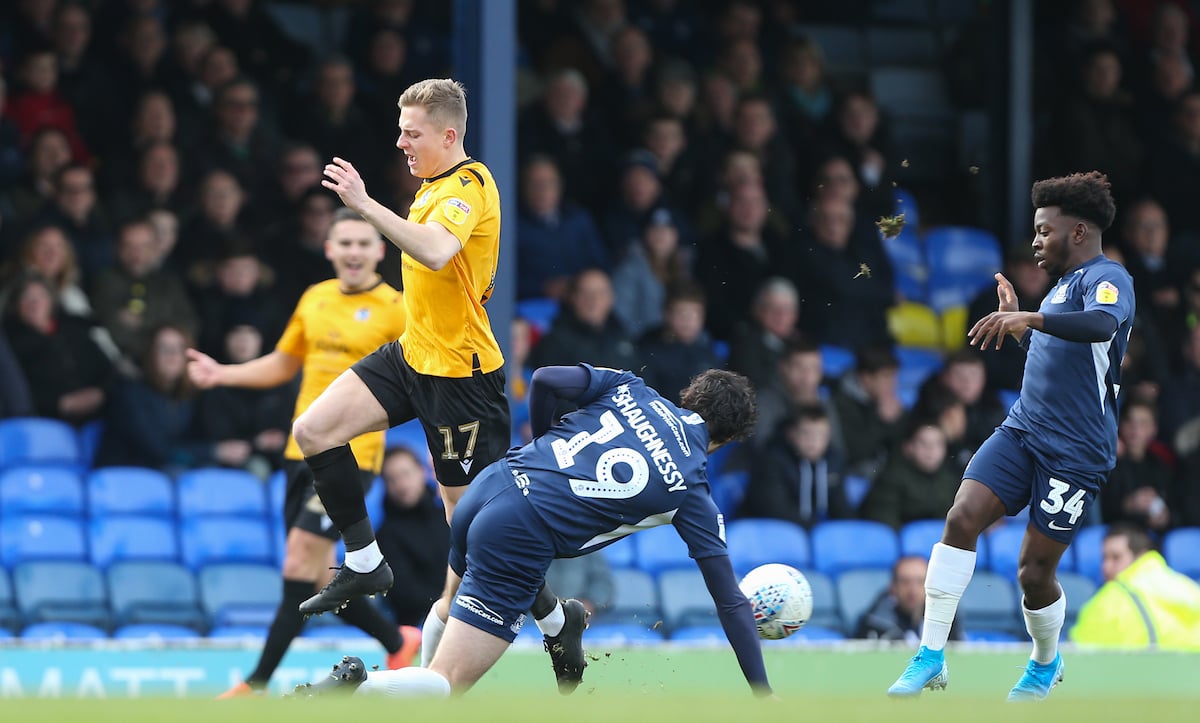 Southend had a go from a set-piece themselves just before the 10th minute as Leahy was judged to have handled the ball outside the area. McLaughlin stepped up but hit his left-footed free-kick high and wide of Blackman's left post.

On the 17th minute, Southend grabbed the lead. A kind deflection fell to a man in blue who looped the ball over the retreating Ed Upson to Charlie Kelman. He bided his time before hitting a right-footed effort towards the bottom left, which went through the legs of Upson, past Blackman and into the net. 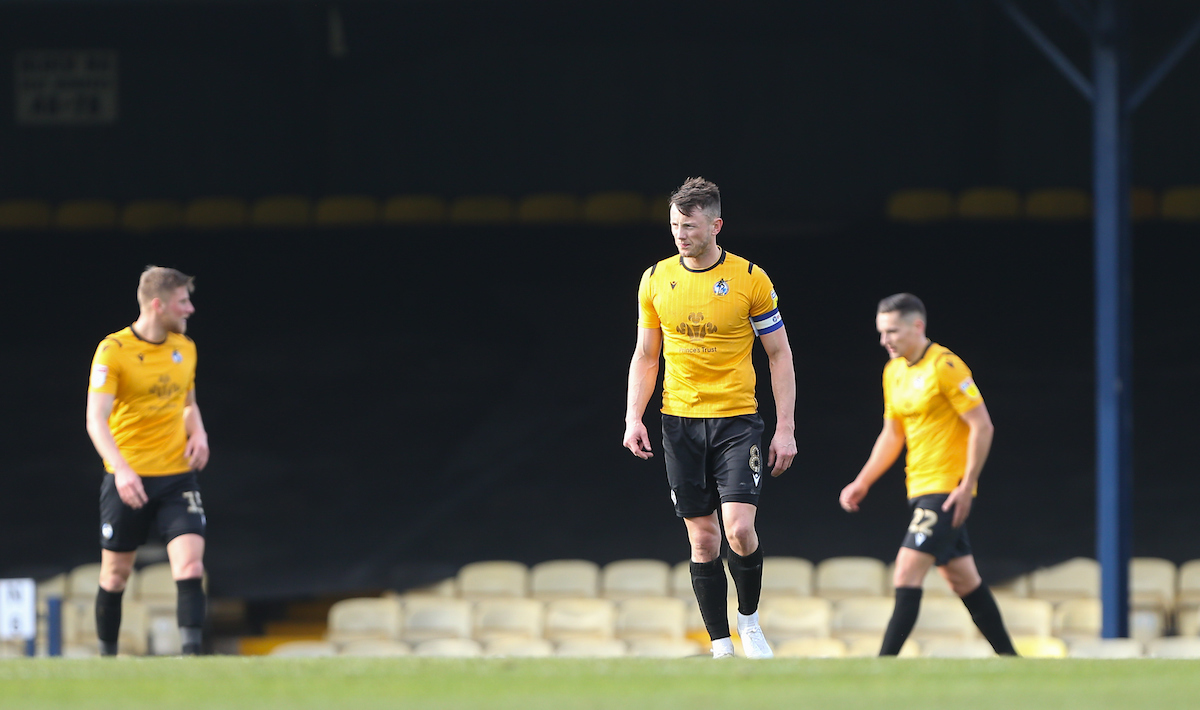 As the half-hour mark approached another deflection almost resulted in another Southend goal. Egbri received the ball down the right flank and flashed in a cross, with Harries marking him closely, the ball nicked off his boot and span towards goal. Blackman judged the flight of the deflection to be heading over, but it clanged off the bar and rolled out to Josh Hare on the far side, leaving the Chelsea loanee in goal breathing a sigh of relief.

Not long after, Tony Craig saw a headed effort saved by Gunnarsson, with the ref' then blowing the whistle, giving a free-kick for Craig's challenge to beat his marker.

Craig saw another effort gathered by the 'keeper on the 35th minute as he met Sercombe's inswinging cross at the bar post. His connection wasn't powerful enough to cause trouble for Gunnarsson as he collected it well.

Just before the break the Southend crowd thought they had a second as another deflection saw Gard's strike go close. It looked to have the net bulging as Gard began celebrating his effort from the edge of the box, but the Gas were relieved to see it bounce off the outside netting, the last chance before the half time break. 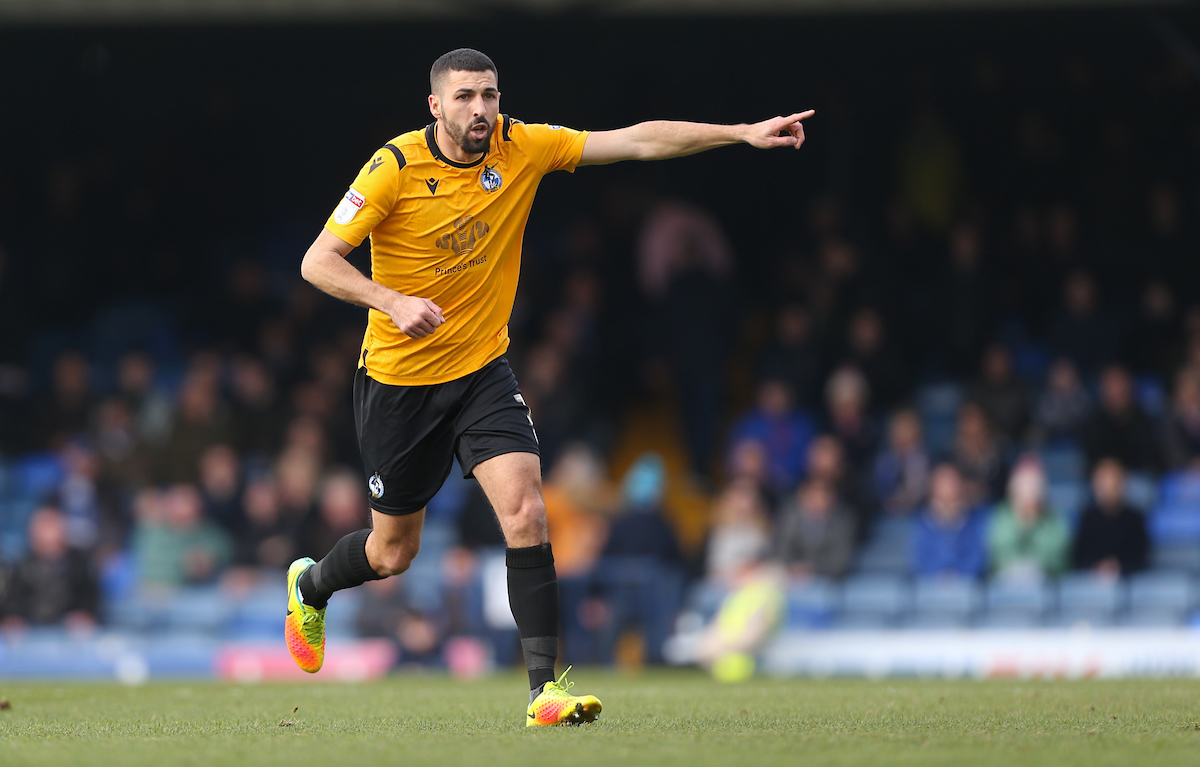 Rovers began the second half with a bang as Jayden Mitchell-Lawson pounced on a mistake by Elvis Bwomono, he took the ball in his stride despite a bobble off the surface before slotting calmly past the onrushing Gunnarsson to level things up straight after the restart. 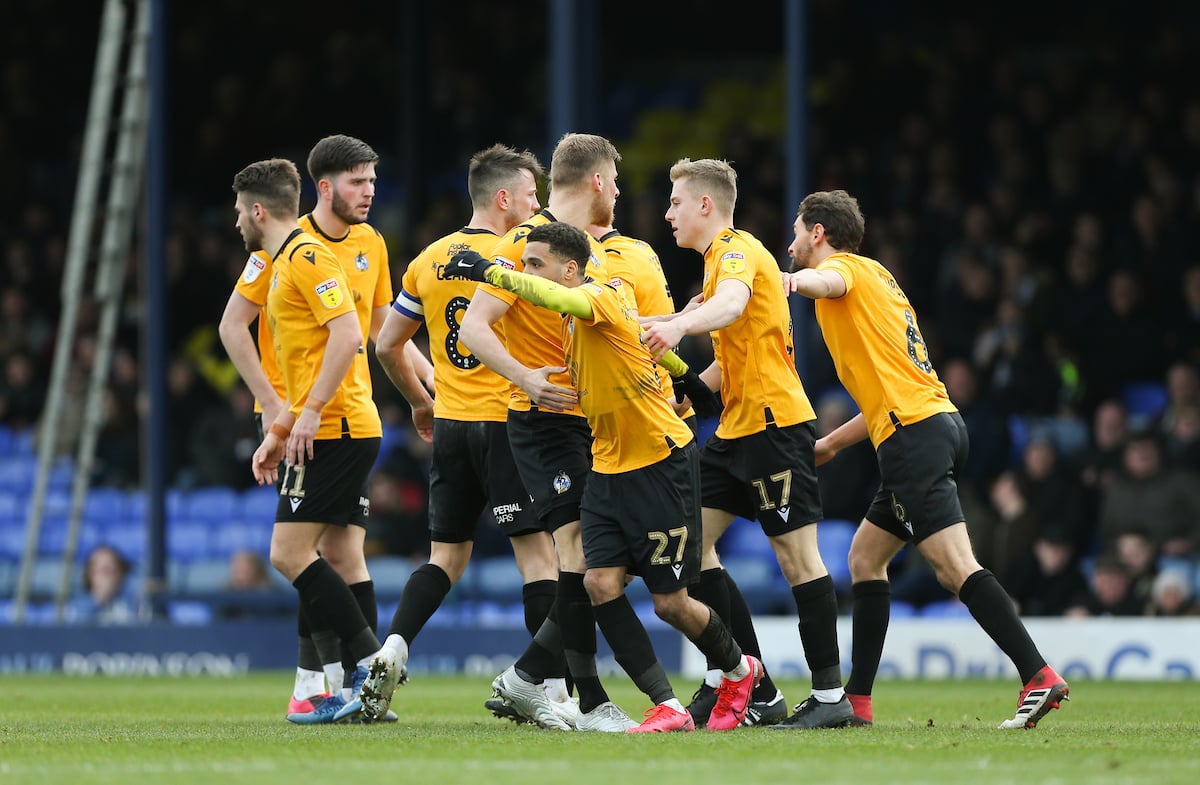 Ten minutes on, Southend restored their lead as Kinali fired a low cross past the face of the goal. Egbri arrived late at the far post, firing from close range as he latched onto the pass.

With 20 minutes to go Blackman pulled off a superb save to keep his side in the game as McLaughlin got his left foot on the end of a dangerous cross, flicking it towards goal. Blackman was alert to it though, rushing out to narrow the angle before getting an important hand to the strike to keep it out.

A last-ditch tackle from Alfie Kilgour was needed to deny a Charlie Kelman strike from a sharp angle moments later before an attempted bicycle kick from the Southend key man was caught by Jamal Blackman.

A corner from Luke Leahy caused trouble for Patrik Gunnarsson with 15 minutes to go, as the inswinger needed fingertips to take the ball over the bar as it threatened to curl into the net.

With 12 minutes to go, another ugly deflection saw Southend extend their lead as McLaughlin fired in a cross from the left flank. Alfie Kilgour stuck out a foot to block the cross but saw it ricochet towards goal, wrongfooting Jamal Blackman and nestling in the corner. 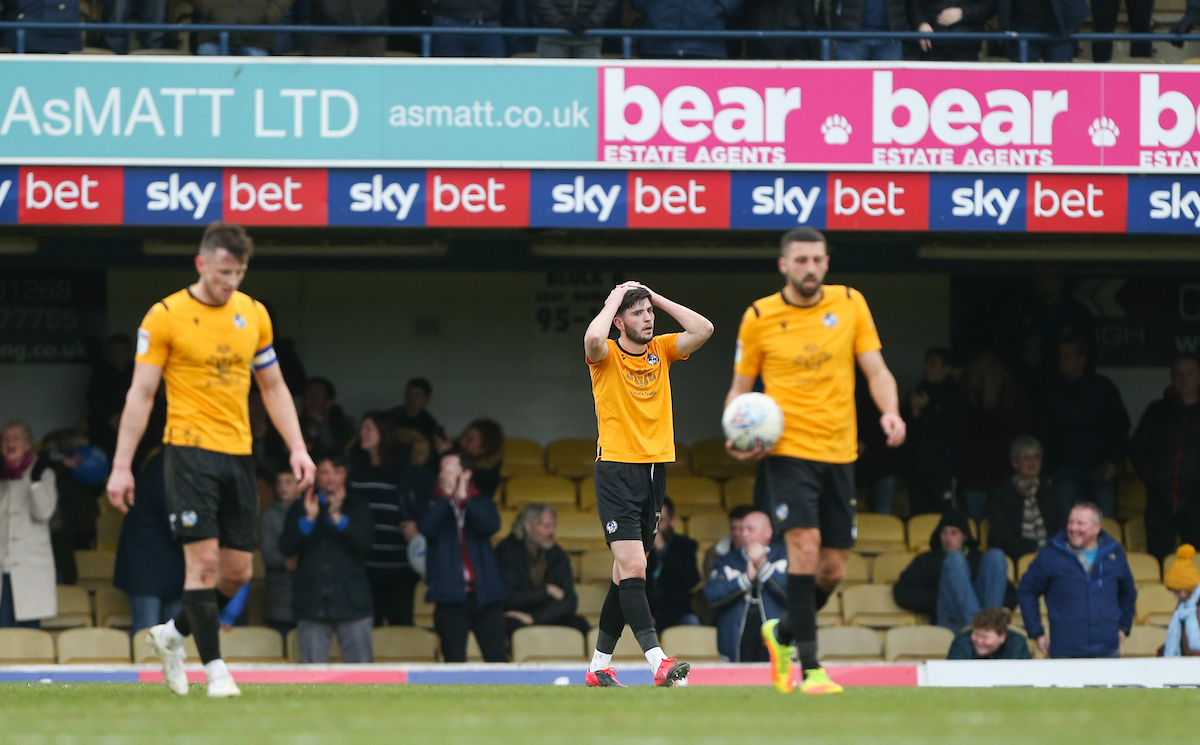 Moments later Kyle Bennett progressed towards goal, laying it wide to Timmy Abraham who faked a shot before attempting to slot past Gunnarsson, but a sea of Southend defenders recovered and nicked the ball from the striker.

Rovers couldn't fight back in the late stages and fell to defeat on the road.

The Gas now host Sunderland at home on Tuesday.