Bristol Rovers F.C is delighted to reveal both the home and away kits for the 2020/21 campaign!

The 2020/21 home kit houses the famous blue and white quarters, with a blend of modern and retro themes that throws back to Rovers shirts of the early ’90s. The kit includes a collar and the shorts continue the theme present in the shirt with a blue bulk and a white trim, with the socks mainly blue with white detail. 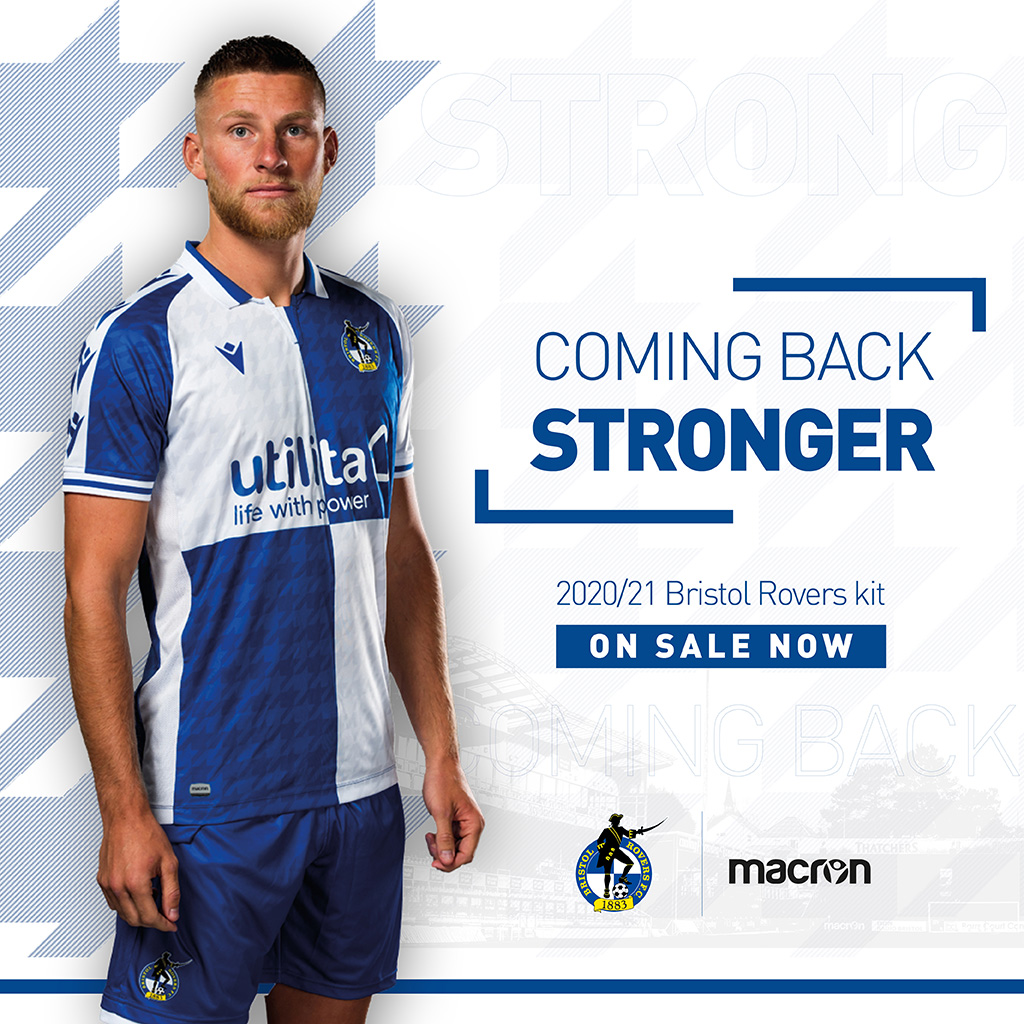 The design of the away kit was voted on by Season Ticket holders and features a vibrant mix of both black and yellow, which creates a striking and energetic pattern that catches the eye. This is paired with black shorts with a yellow trim, with the same colours present in the socks. 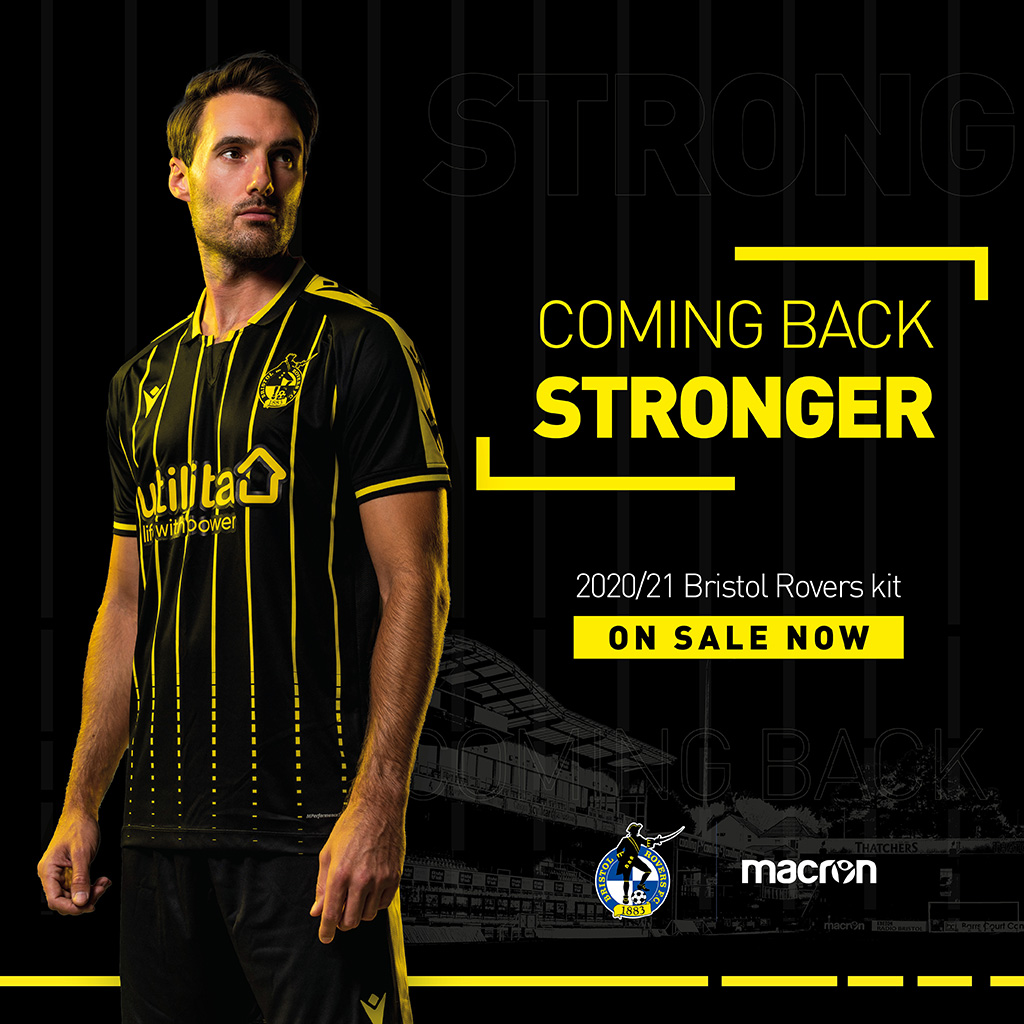 The theme surrounding this season’s kit launch is titled, ‘Coming Back Stronger’ and the launch video features the popular Bristol boxer, ‘The Gasman’.

Both kits are now available to purchase from brfcdirect.co.uk.

The price for adults replica shirts will be £43 and £32 for children's sizes.

Speaking about the launch of this year's kit, Commercial Director, Tom Gorringe said, "We are delighted to reveal to supporters next season's kit, as preparations continue to build for the new campaign.

"We would like to thank our sponsors, Utilita, Poplar Insulation and Imperial Cars, all of which have featured on last season’s kit and have continued their support for the club this year in a tough economic climate.”

"We believe the concept behind the 'Coming Back Stronger' theme resonates to where we are as a football club, as we emerge from the challenges of the current pandemic in a stronger position. This can be witnessed in the construction of the new training ground, the commitment of Wael through the capitalisation of the debt and the plans we have installed for the long-term success at the football club.

"Our thanks are also extended to Duane Winters, 'The Gasman', who is a popular figure amongst supporters and features in the launch film. We’d also like to thank all of the supporters that took the time to vote for this seasons away shirt. We hope you like the end product as much as we do.”

“Last year’s kit achieved record sales and we hope this season’s kits prove to be equally as popular with the fanbase. We look forward to welcoming supporters back to Mem as soon as it is deemed safe to do so.”

A reminder to supporters that the Club Superstore remains closed, but our online store is still open for orders via www.brfcdirect.co.uk.