The Gas were hit by two knock-out blows one after another as the second half started, leaving the home side in the driving seat.

The two goals early in the second period came in a similar fashion, with Ogbene darting down the right flank and crossing accurately into the danger zone, picking out Vassell the first time, before finding Smith to secure the Millers' second.

Late on, Ogbene capped a superb display, finishing off a gift as Ladapo's strike from the edge of the box could only be parried into his path. 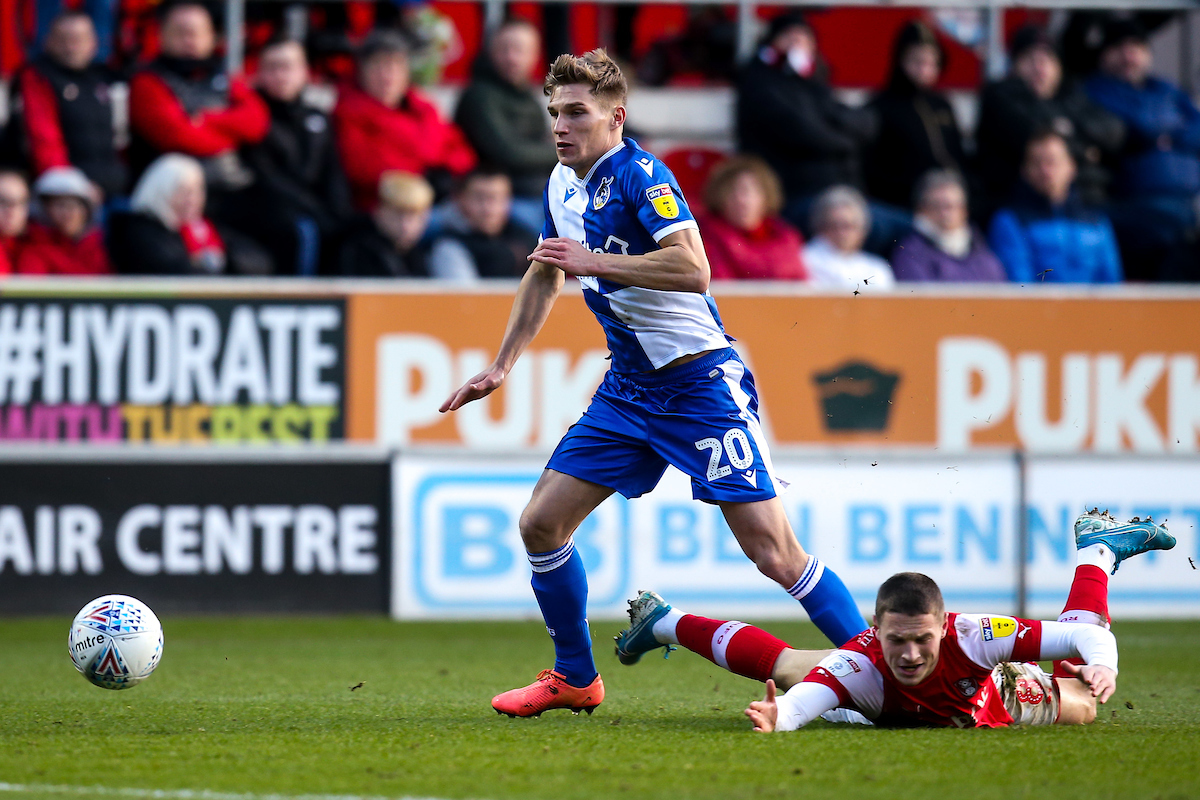 Maher elected to tinker with selection for this game, rather than overhaul it entirely from the Gas' last outting - in Garner's absence, he selected his first signing, Josh Barrett, alongside the returning Gavin Reilly.

Elsewhere, Josh Ginnelly joined the bench, having signed for Rovers in the week.

With the game in its infancy, an early chance came to Matt Crooks as a Rotherham free-kick was partly cleared. The number 17 shaped up for curl an effort from the edge of the box, but got it all wrong, looking dejected as the strike cleared the bar.

However, the biggest chance of the opening minutes fell to Jonson Clarke-Harris. Rodman floated in a left-footed cross from the right flank, and JCH, perhaps surprised by the amount of room he was allowed in the area, sliced his shot wide of the right post. 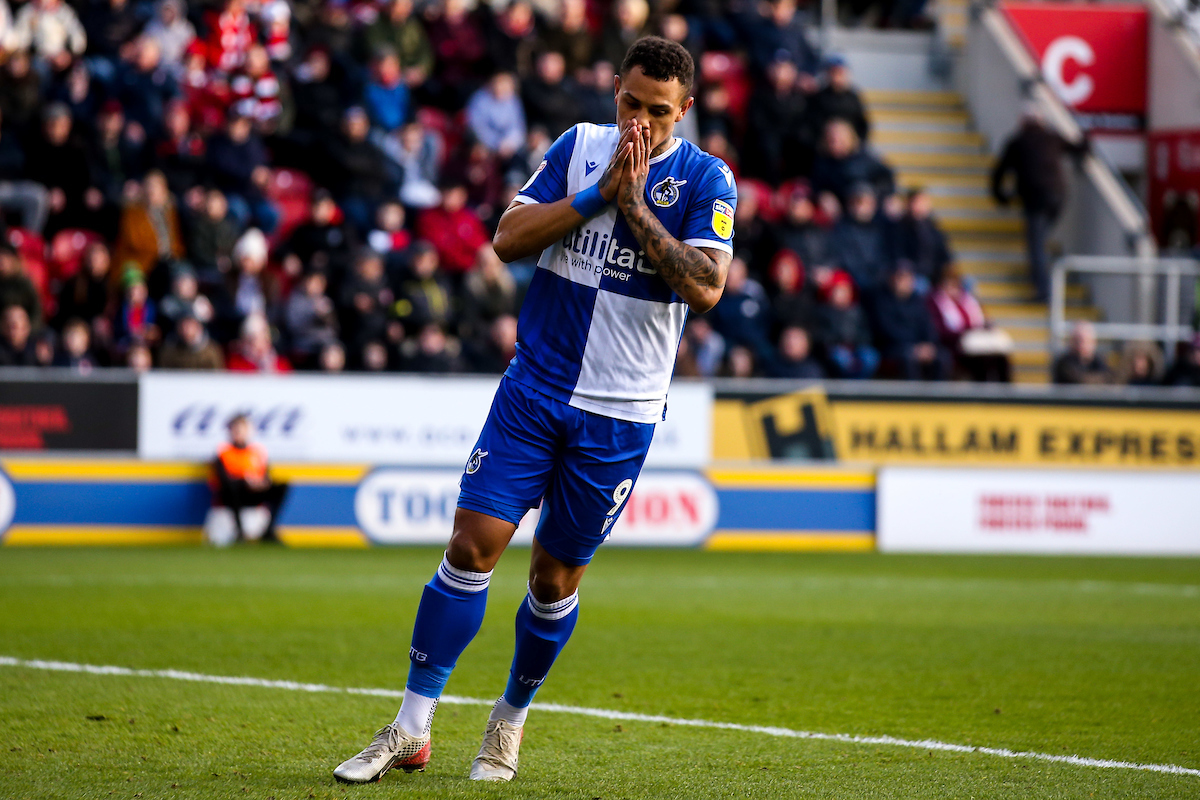 It was a hectic affair in the early stages, with Vassell chasing down a through ball and firing a cross in towards Michael Smith coming in at the far post. However, Rollin Menayese was aware of the danger, poking the cross out for a corner.

Michael Smith was once again a target for Rotherham as a ball whipped from deep found the striker on the edge of the box. He attempted to loop a header from distance, but JVS watched it over his crossbar. The last chance to come for a while after a frantic beginning to the game.

When a danger did come, it was from another whipped ball from the flanks, this time hit from the far side just before the 20th minute. It took another last-ditch touch from a Rovers player to avert danger, with Luke Leahy prodding it out.

Just long after, Rovers retaliated with a chance of their own, with Barrett picking up the pieces from a corner. He took a touch outside the opposition's box and struck a curling effort with his right foot, just evading the right post, going narrowly wide.

The Gas fans were in fine voice as the half-hour mark approached, with the game still goalless.

A free-kick inside the Rotherham half was another decent opportunity for the Gas as JCH stepped up and rifled a low strike on goal bending it around the ball. It tested the 'keeper, with Iversen on hand to push the effort away to his left. There was a half-chance not long after as a ball was delivered in with the Gas seemingly getting the better of the home side's offside trap, but the ball his Kilgour's back and was promptly hoofed clear.

Rotherham piled on the pressure as the first half came to a close but were unable to fashion any real opportunity before the break. 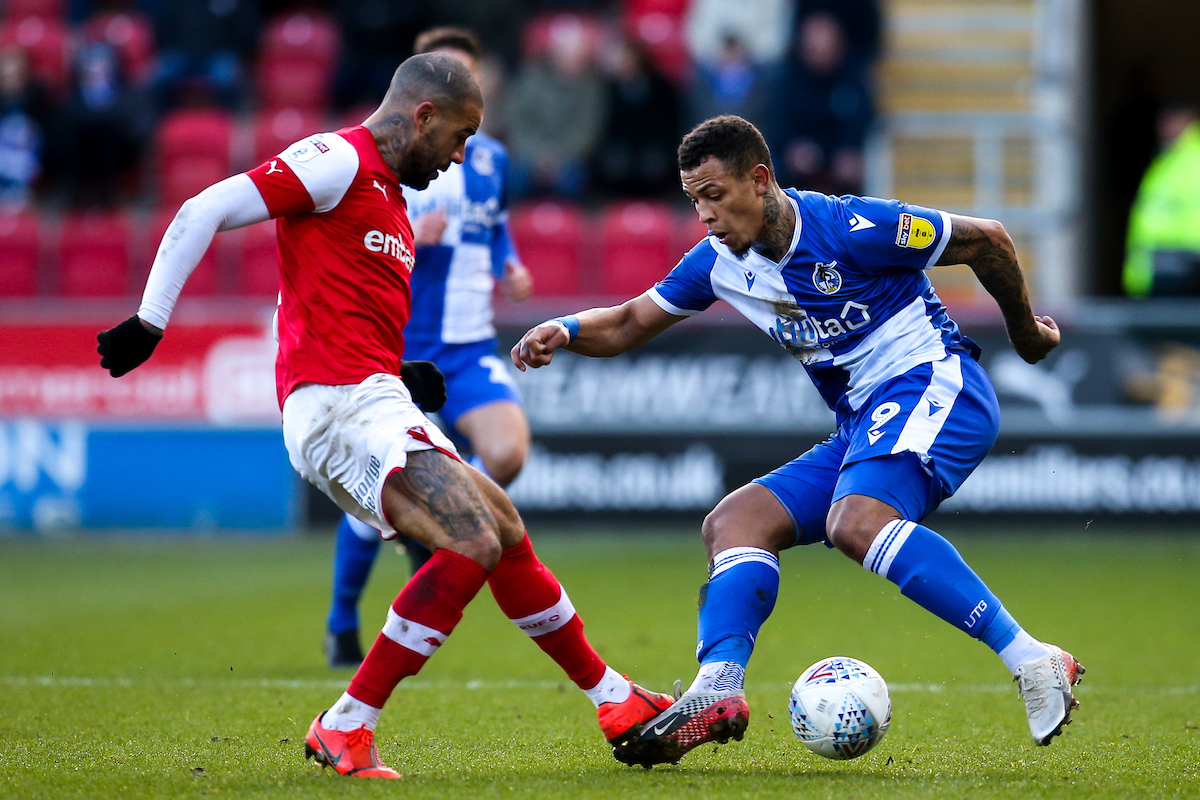 The second half began as the first did, with a Rotherham effort from distance. This time it was Michael Smith who struck one but dragged his shot way wide.

However, their next attempt would lead to the net bulging as Ogbene fired in a cross from the right flank towards the front post. Kyle Vassell showcased a burst of pace to dart to the ball and flick it past JVS with his head to make it 1-0 to the home side. 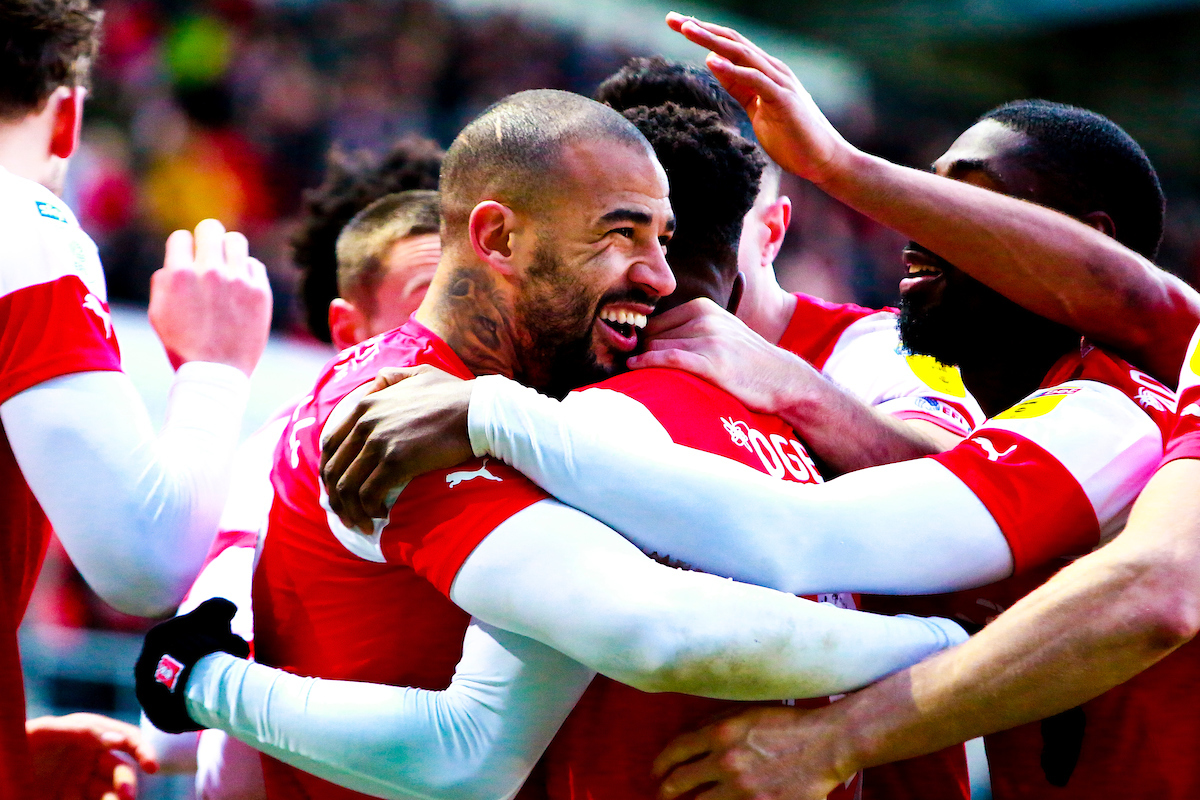 Moments later it was 2-0 as another cross was chipped in from the byline on the right side, this time it looped the majority of players before finding Michael Smith, who guided it into the net calmly to double his side's lead.

Following the two goals, the game became very stop-start, with fouls and errant passes from both sides disrupting the fluidity of proceedings. In this time, the Gas made all their changes, with Clarke, Ginnelly, and Davies replacing Sercombe, Barrett, and Kilgour. 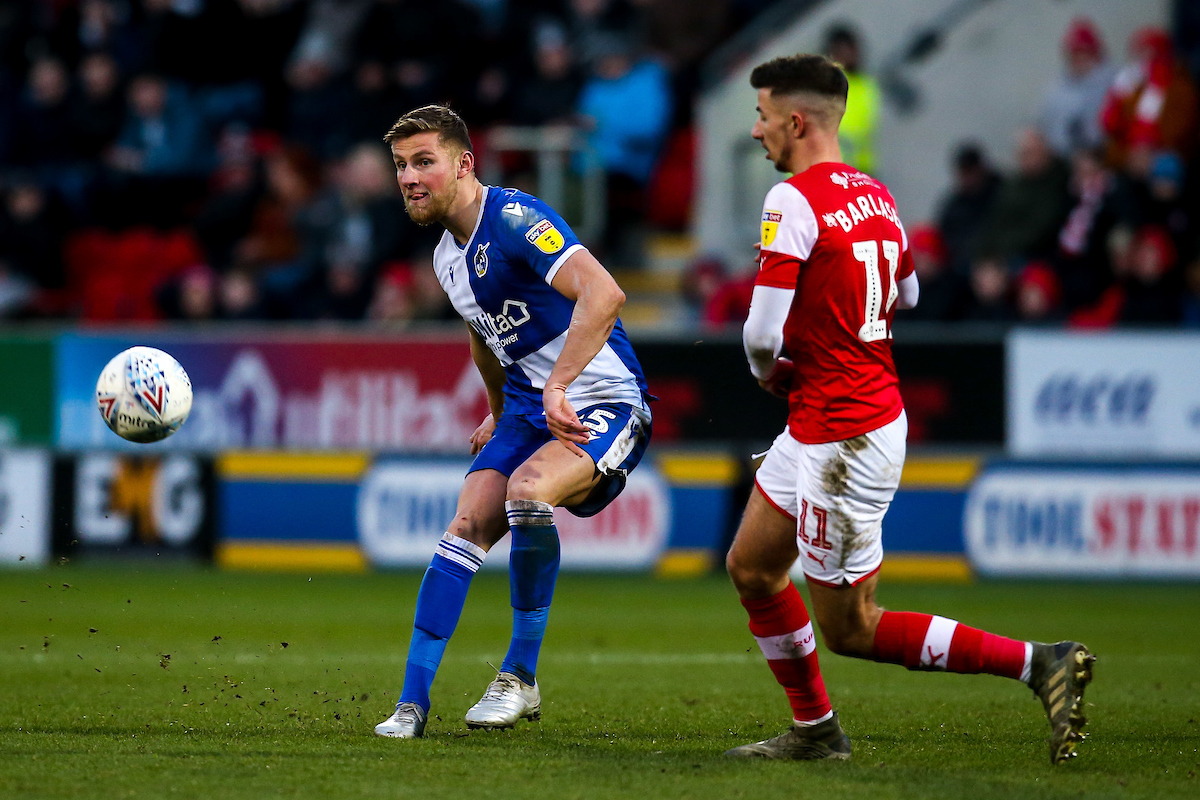 Rovers still showed signs of life, despite being wounded by the two goals early in the half. A break through Reilly, picking out JCH set the Gas on their way. JCH showed a bit of skill to beat his man on the far side and drill a low ball across the face of goal, somehow the touch from a Rotherham defender didn't take it in - instead the ball rolled narrowly wide.

The resurgence continued, with Rodman hitting a hopeful cross from the right side towards Ginnelly. The winger had little right to get to it but somehow managed to, and his looped header needed a touch from Iversen to go over the bar.

Another headed chance came with three minutes to go, as Leahy found JCH at the near post with a corner. The striker's header was good but glanced slightly off target.

Late on, Rotherham United firmly sunk the dagger into the Gas, as Freddie Ladapo's strike from the edge could only be parried into the path of Ogbene who knocked it home to cap a superb performance from the winger. 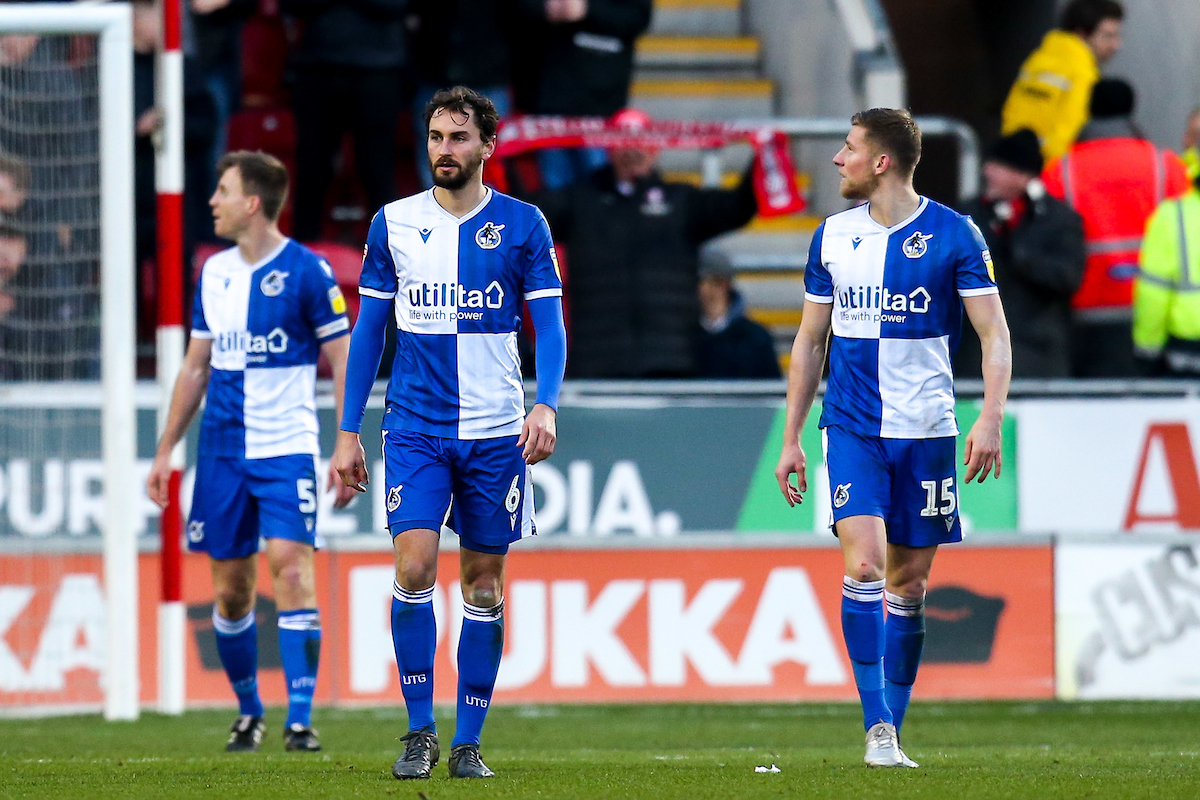 The Gas will host Fleetwood Town at home next week in more league action.