Rovers pick up a point at the Mem after a goalless draw against Fleetwood.

Just like the reverse fixture less than a month ago, the sides were unable to break the deadlock in a game that carried few clear chances on goal.

Jonson Clarke-Harris had a late penalty saved, after Rodman was tripped in the box, with the striker’s effort tipped onto the crossbar by Cairns.

Heading into the fixture, Rovers elected to make five changes to the side the faced Rotherham last weekend.

Jamal Blackman took up position between the posts, as Josh Ginnelly, Tom Davies, Ollie Clarke and Tareiq Holmes-Dennis were all named on the team sheet for the encounter.

It was Tareiq’s first league start of the season, with Tom Davies also starting a league fixture of the first time since October, confirming positive news on the injury front. 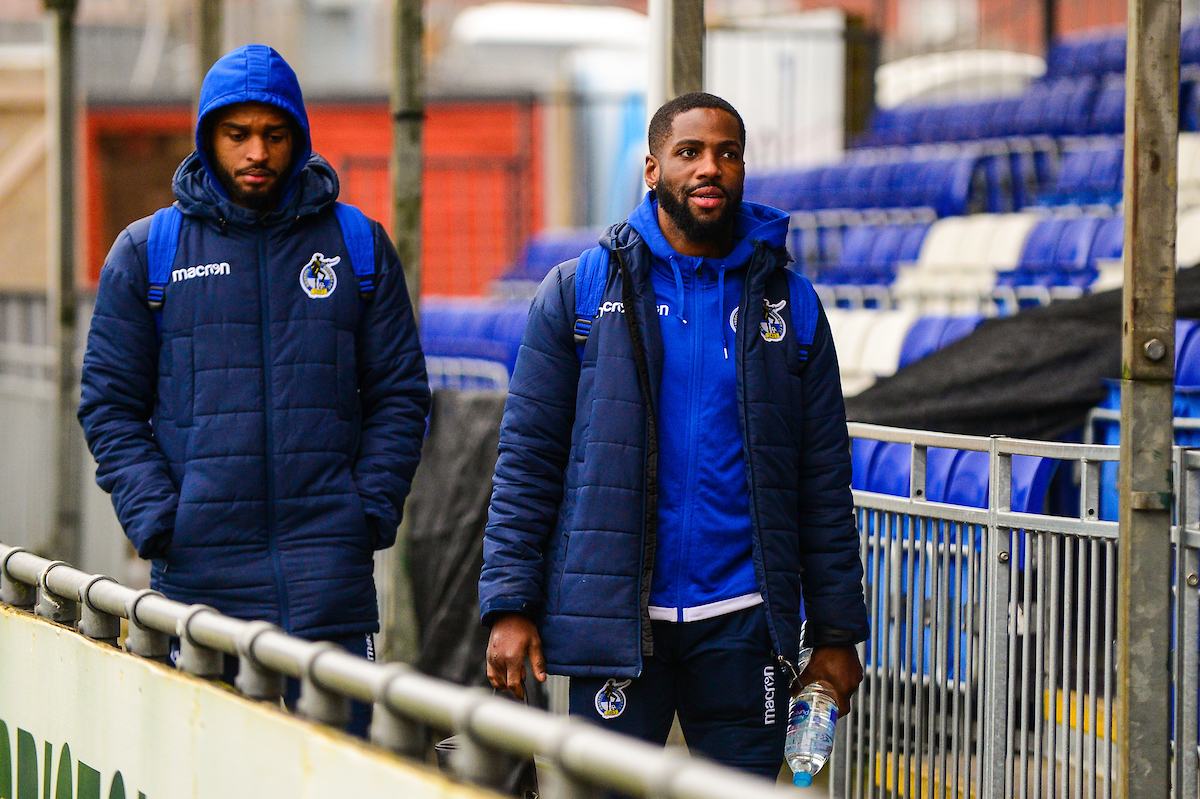 The opening stages passed with little incident, with both teams taking the opportunity to host to possession in lengthy spells.

Both goalkeepers enjoyed a relatively quiet start to the game, as a weak Ched Evans effort on the 20-minute mark providing a comfortable stop for Jamal Blackman, who was able to make a dive to right to pounce on the low effort that would have found the target.

Fleetwood’s next chance on goal was more threatening, as A set-piece from Danny Andrew took a series of deflections, almost setting the ball for Souttar to glance home. The Rovers ‘keeper kept view of the set-piece and was able to claim the loose ball after the Fleetwood man miscued his volley inside the six-yard area.

The visitors kept assembling half chances, as a tricky cross from Burns swung towards Paddy Madden. The striker remained onside to meet the cross, but couldn’t adjust his feet to touch the ball around the advancing Jamal Blackman, who had dived to the near post to close the angle.

At the other end, Jonson Clarke-Harris created space for a shooting opportunity from yards outside the area, but a slip just as he was shaping to shoot saw his effort slant wide of the target.

As the first half drew to a close, Ched Evans blasted an attempt over the crossbar after being played in via a cut back from Wes Burns. Josh Ginnelly suffered the same fate for his effort from inside the Fleetwood area moments later, after the winger was picked out by a neat cross from Liam Sercombe, as the teams entered the break with the deadlock still in place. 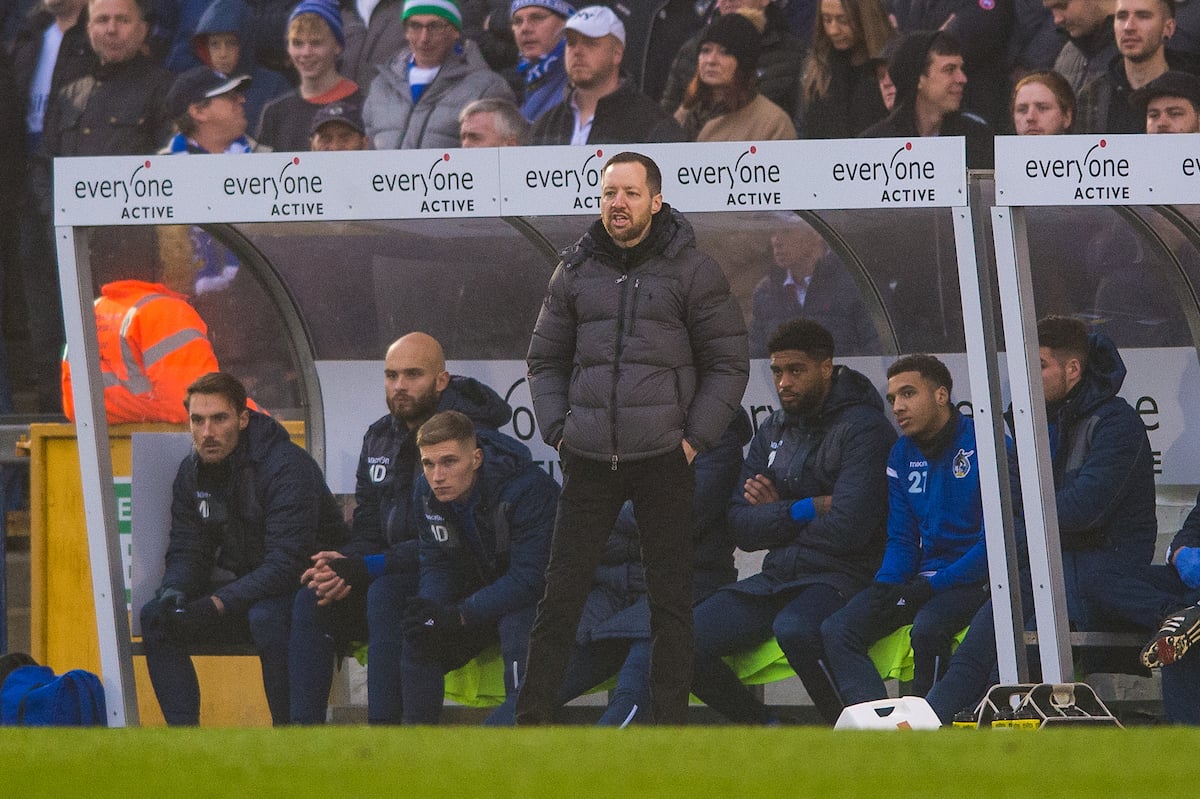 Straight after the break, there were worrying signs as Liam Sercombe went to ground after colliding innocently with Alfie Kilgour. After a treatment on the pitch focused to his shoulder, the midfielder had to make way, with Abs Ogogo drafted in from the bench for his replacement.

Both sides had little in way of clear cut openings on goal, but the visitors did cause a moment of panic when Jamal Blackman punched clear a cross to the feet of Kyle Dempsey, who was able to touch a pass into the path of the advancing Danny Andrew. With the Rovers ‘keeper out of position, Andrew was faced with a swarm of blue and white shirts between himself and the goal and opted for power on his effort, that climbed rapidly over the target. 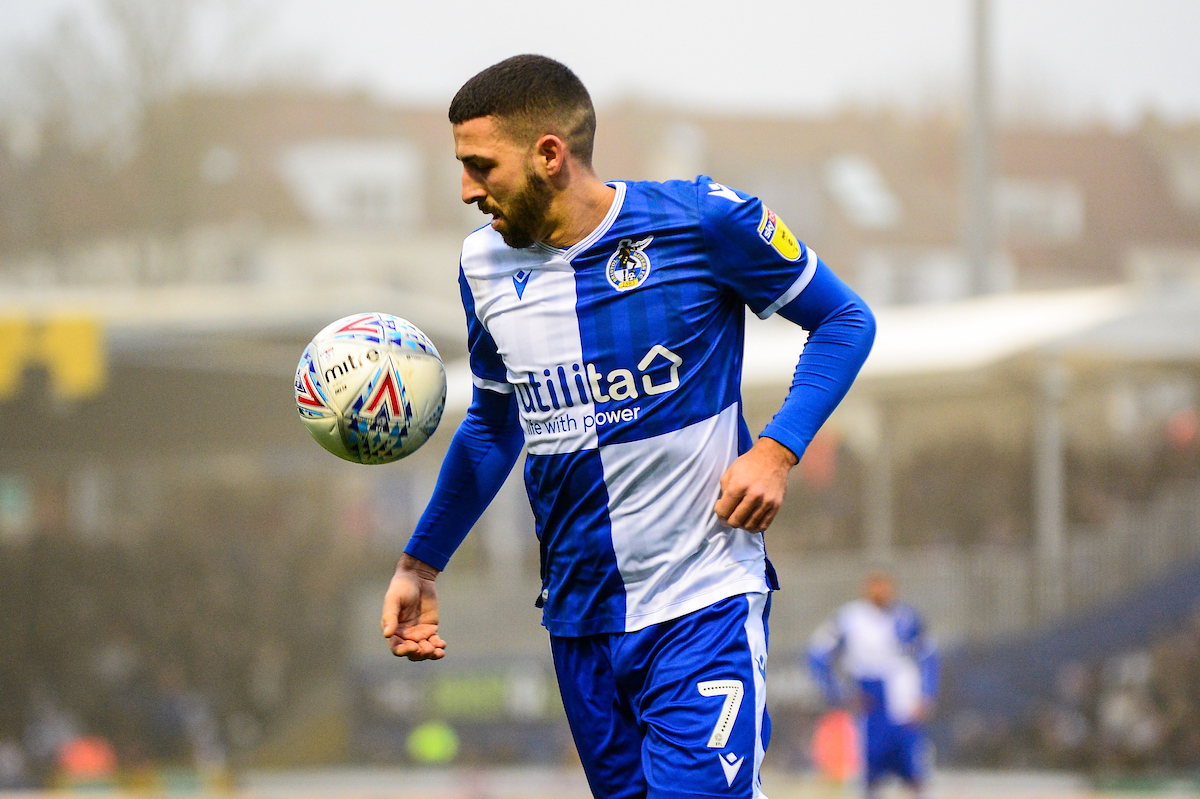 Fleetwood continued to the have the fair share of the chances, as a corner from the right picked out Connolly, who saw his low header reach Souttar. The defender would have seen the ball late and glanced a reactive header high over the target from an unmarked position at the far-post.

As the final 20-minutes approached, Gavin Reilly was introduced from the bench to add some assistance to Clarke-Harris in attack, with Josh Barrett the player who made way for the striker.

As expected, the closing stages were tight and high fought, with both sides looking to give the other the opportunity to take a late lead.

That opportunity looked to have come when substitute Rodman was tripped under the challenge of Madden.

The visitor's constant protest at the decision led to an age passing before Clarke-Harris was able to take the spot-kick, which he struck with power, but the outstretched leg of Cairns deflected the ball up and onto the crossbar.

There was more late drama, as Wes Burns stroked home a close-range finish shortly after Clarke-Harris’ penalty, only for the celebrations to be halted by the linesman’s flag.

Rovers are on the road in mid-week, as they face the long journey north to take on Bolton on Tuesday evening.