The Gas go down to two late goals from the visitors...

A game that boiled down to the final 15 minutes or so, a period where it looked like Rovers had a chance at stealing all three points, but instead, the game swung the opposite way.

With a glorious chance falling to JCH and going fractionally wide, as he got on the end of a Luke Leahy cross to nod past the post, Doncaster sprung back, going up the other end and finding Ben Whiteman who slammed a left footed effort into the bottom right.

In added time, the visitors rubbed salt in the Rovers wounds, as Rakish Bingham broke into space on the edge of the box and bent a lovely effort past JVS.

Garner made one change from Sunday's FA Cup outting versus Coventry City, enacting a change that saw Josh Barrett come into the starting XI, in place of Tom Nichols, who drops to the bench.

There was an inclusion of Gavin Reilly on the substitutes bench, as the striker returned from a loan spell with Cheltenham Town earlier in the year. 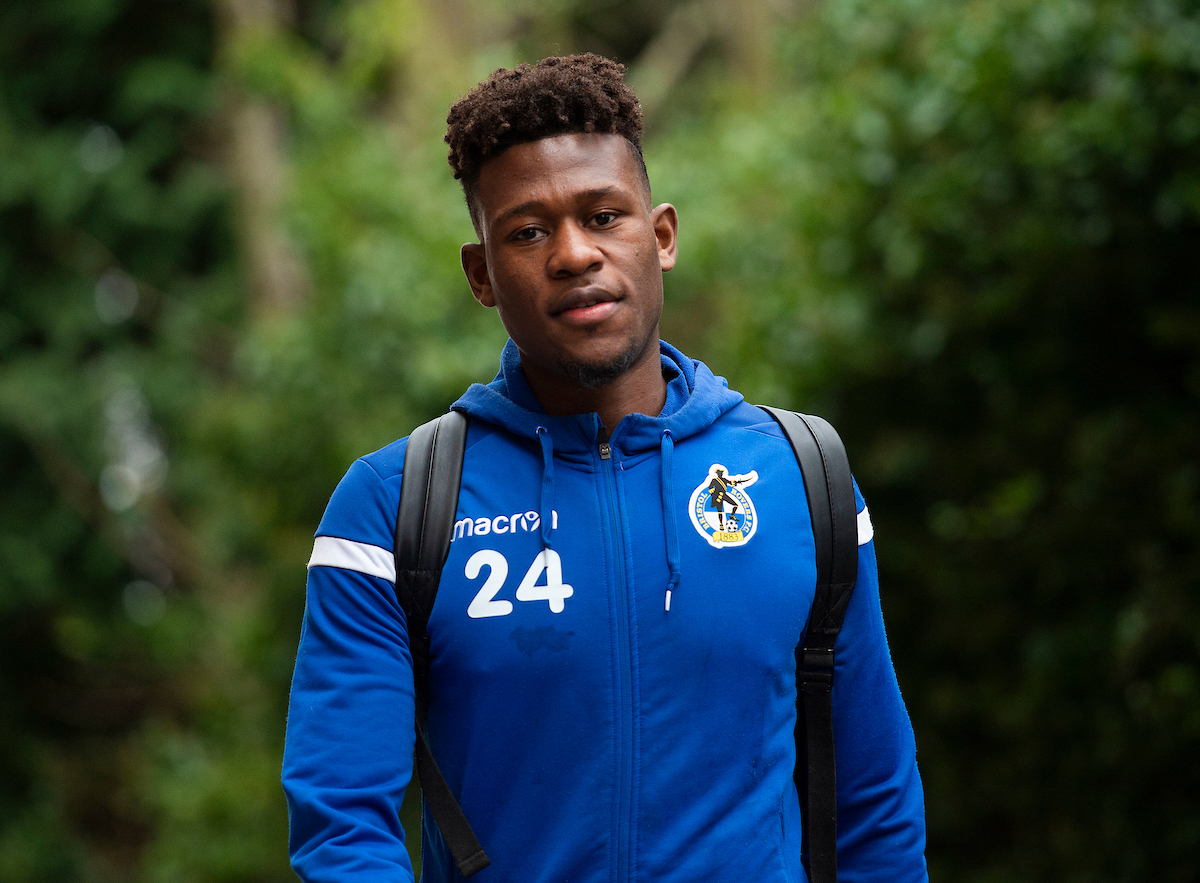 The game started with plenty of energy, with van Stappershoef called into action inside the early stages, firstly punching a cross partly clear before claiming a Whiteman follow-up effort.

Rovers then created a half-chance of their own, as JCH fired a ball towards Barrett, who was beaten to it by a defender. However, Barrett stayed positive and looked to nick the ball as Doncaster cushioned it towards their 'keeper, but couldn't get there in time.

Some neat Doncaster play worked an opening for Kieran Sadler on the 12th minute as he wound up for a strike on the edge of the area, but blasted his effort way over.

It took another 10 minutes for another oportunity to come either way, as the ball came to Whiteman outside the box, he shaped up to strike but hounded by a number of Rovers defenders, he skewed his body and spooned his shot wide.

A low ball minutes later spelled trouble for the Gas, but Rodman nipped in fractionally ahead of Niall Ennis to hook the ball over the bar.

Sercombe hung a deep free-kick in towards Tony Craig just after half an hour, and saw Doncaster defenders scramble to head it out of reach from the captain, which they just about managed. 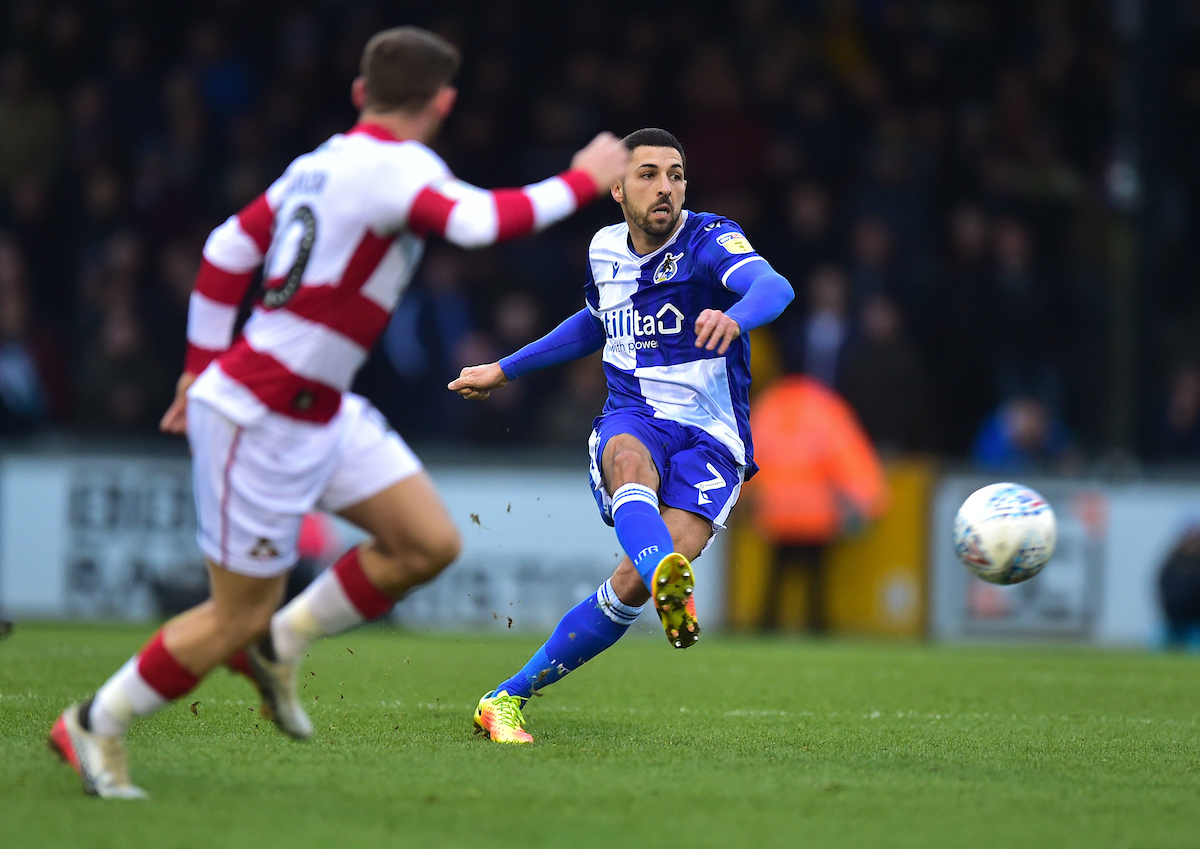 A crucial block was needed from Kilgour as Jon Taylor evaded his man ghosted his way into space on the right side of the box. He took a touch and fired on goal, but Alfie Kilgour was across quickly to block away for a corner.

With a matter of minutes remaining in the first half, JCH sparked into life having been mostly absent in the previous 40 or so minutes. He turned sharply, leaving his man on the floor and drove a low shot on goal from around 30 yards out, in the end, it rolled wide of the left post, but it seemed to wake the Gas and the Mem up somewhat.

The ref' showed allowed no stoppage time, concluding a goalless first half on the 45-minute mark. 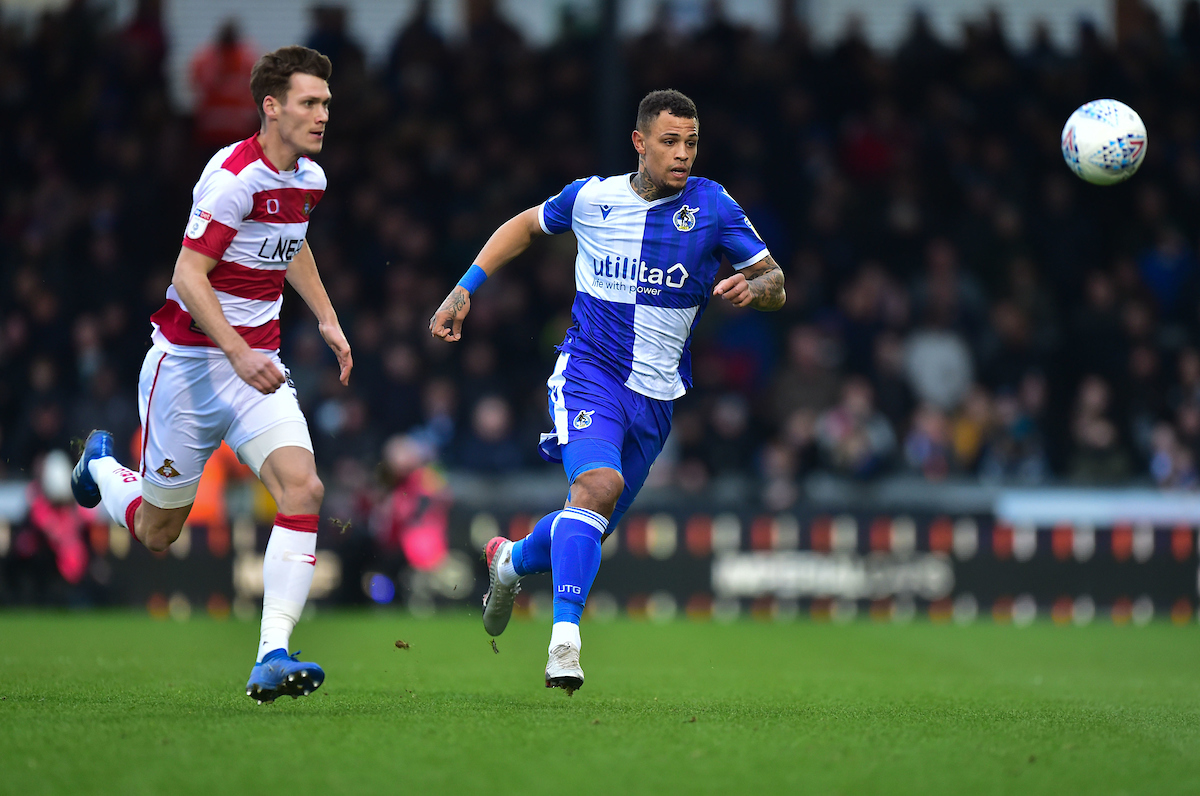 Kieran Sadlier was presented with a golden opportunity to open the scoring as Madger Gomes wriggled his way past a few Rovers defenders and into the box. He was finally halted, but the ball trickled through to Sadlier who bent his shot over the bar.

Moments later, another ricochet created another Doncaster chance, as a cross deflected back to Niall Ennis who fluffed a volley towards goal, but saw it roll wide.

However, the Gas responded well, seeing an appeal for a penalty as Cameron Hargreaves went down in the box, before  carving out a half chance for Ed Upson.

A quick throw found JCH who chested it down to Upson, who teed it up nicely for a volley just outside the box, something Rovers fans have become accustomed to seeing. This time, however, he saw his shot sail clear of the bar. 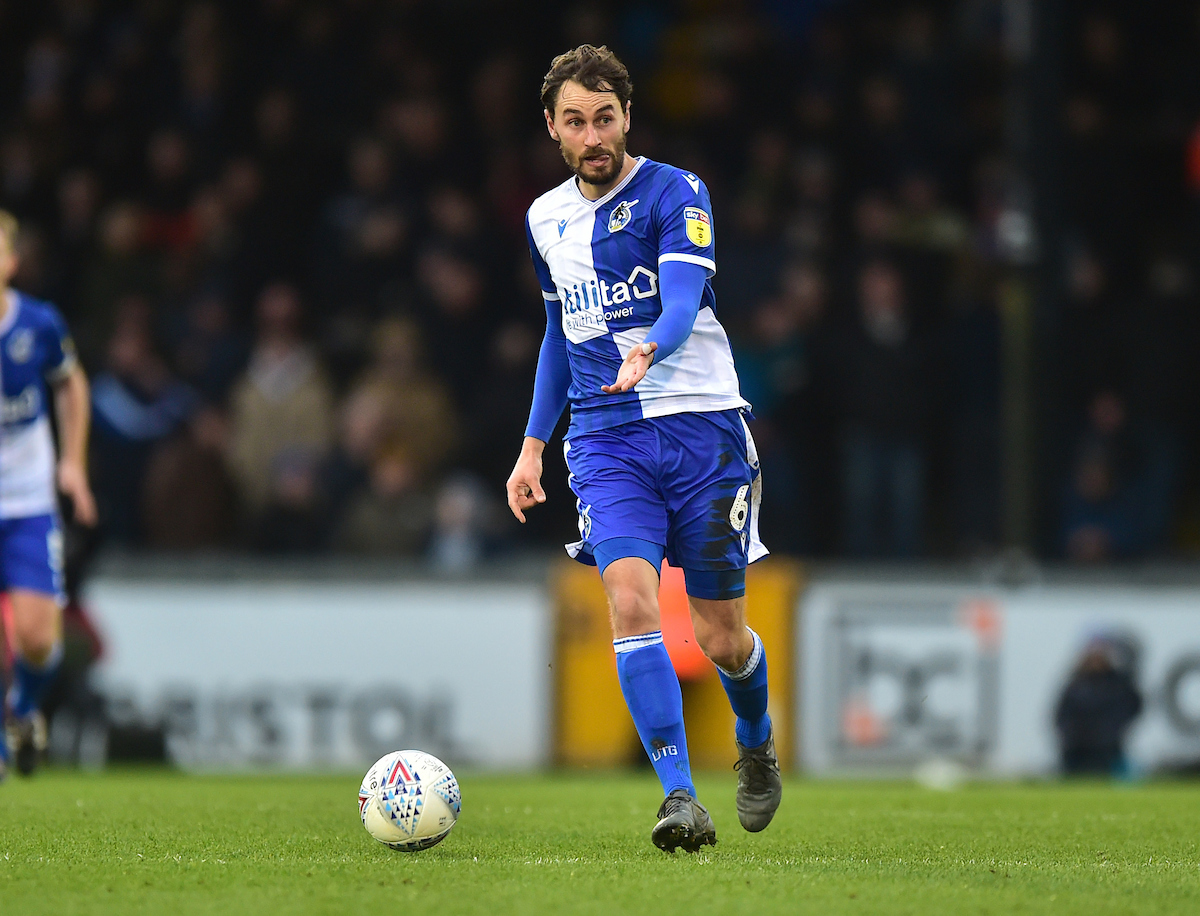 Having created that opportunity, JCH decided to try for the spectacular himself, as he received the ball on the turn around 30 yards out, he wound up for the strike in typical JCH fashion and drilled a shot on goal, but saw it bend away from goal, past the left post.

Just past the hour mark, Ben Garner made his first move from the bench, substituting Josh Barrett for Gavin Reilly who recently returned to the squad, following a loan spell at Cheltenham Town.

Reilly looked sharp straight out the blocks and was there to pounce when a Doncaster defender flicked a weak header across his box. The Scotsman was first to it and struck a powerful effort on goal, but the midriff of Anderson stood in the way, leaving the defender winded and the Gas with a corner.

With just over 10 minutes to go, Halliday unleashed a rifled effort from the edge of the box but drifted it well wide of JVS' net.

Sercombe began a surging break moments later, panicking defenders in red and white as he progressed towards goal before spraying it wide to Gavin Reilly. Reilly took a touch and slammed an effort on goal, going through the legs of the first man before striking the second. Garner then made his second change, with Holmes-Dennis replacing Cameron Hargreaves.

The Gas were really cooking on...well you know what, with 10 to go, breaking with a dynamism that lacked in the first period. Sercombe wrestled the ball from an away player and played it wide to Leahy who dinked a ball towards Rodman at the back stick. There were shouts for handball as the right-winger headed down and towards the goal, but the only thing given was a corner, as it deflected wide.

With just over 5 minutes to go, JCH had THE chance. Once again Leahy was found with time and space on the left, and once again he dinked a cross in towards his teammates. Clarke-Harris dove for the ball but nodded his header just wide from close range. 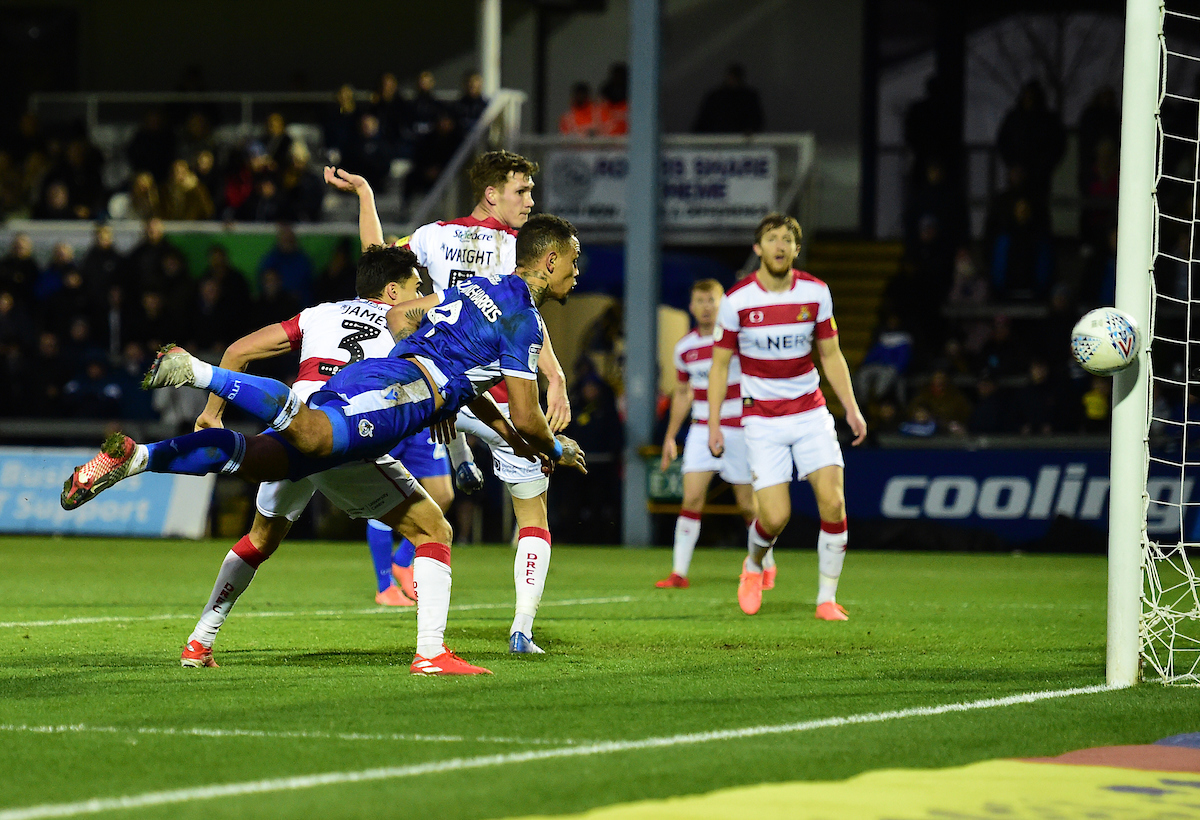 In the dying embers of the match, it was Doncaster who struck the deathly blow, with Whiteman sharply turning to make the run of a well-weighted pass, and calmly slotting past JVS on the turn.

Late on, Mitchell-Lawson came on in place of Luke Leahy. However, this late roll of the dice wasn't enough to salvage the game, in fact, Doncaster compiled the misery, as Bingham broke into space in added time to bend home a second for a visitors.

The Gas now face an FA Cup 3rd Round replay, away against Coventry City.