Rovers were held to a 1-1 draw at the University of Bolton Stadium...

The Gas put the home side under heavy pressure in the first half, witnessing an Ed Upson deflection cleared narrowly off the line, before Clarke somehow went closer with a headed effort that was palmed onto the post.

JCH made the breakthrough though, latching onto a fizzed ball from Alex Rodman to hoof the ball into the roof of the net from close range. However, the home side weren't rolling over and fired back with 10 minutes to play through a Daryl Murphy header. 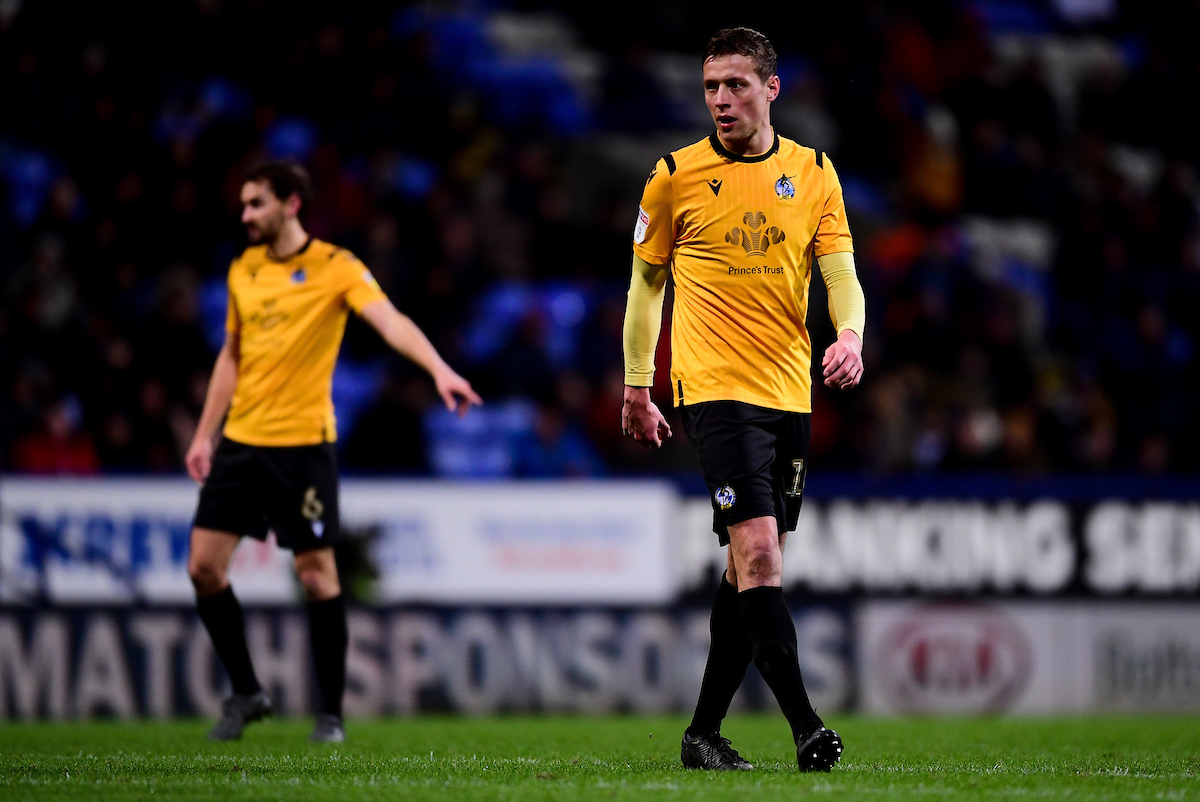 Ben Garner tinkered with the side that began the 0-0 draw with Fleetwood Town on Saturday, freshening things up with starts for Abu Ogogo, Luke Leahy and Alex Rodman. This meant Josh Barrett and Tareiq Holmes-Dennis stepped out, as well as Liam Sercombe who appeared to pick up an injury on Saturday.

The game began frantically for the Gas, as a low cross whizzed in from the right towards the six-yard box caused chaos. A Bolton defender got to it first, but only found Ed Upson with his clearance. The ricochet went goalbound, with Matthews in the net needing excellent reactions to palm the deflection clear. This chance came inside the first few minutes, an apt start to an open game. 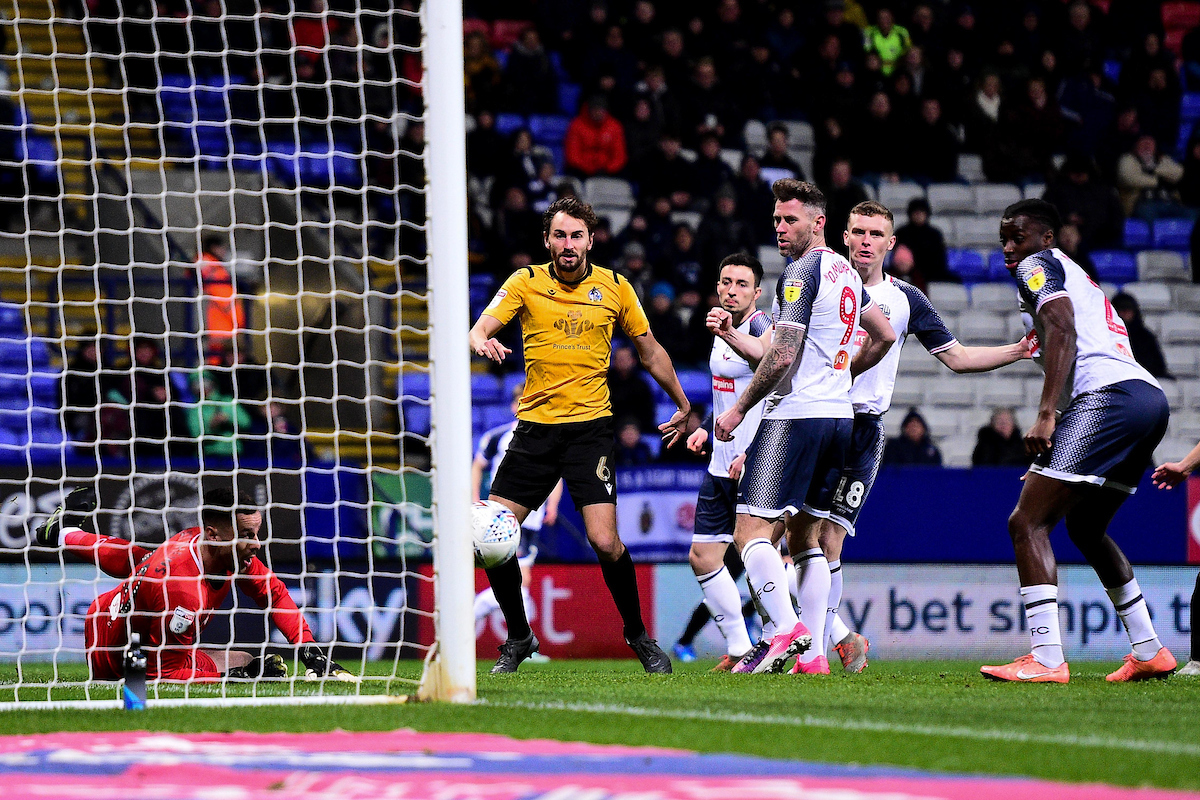 Before the 8th minute, Rovers had another effort on goal, as Ginnelly worked himself some space outside the opposition area. The Bolton defence backed off the loanee, and he let fly with some venom, once again, Matthews was needed to palm clear, this time for a corner.

Tom Davies had to make himself big as the 12th minute passed, with Politic darting in from the left flank. Davies stood his ground though, attentive to the sharp movements of the winger, eventually blocking Politic's low strike. 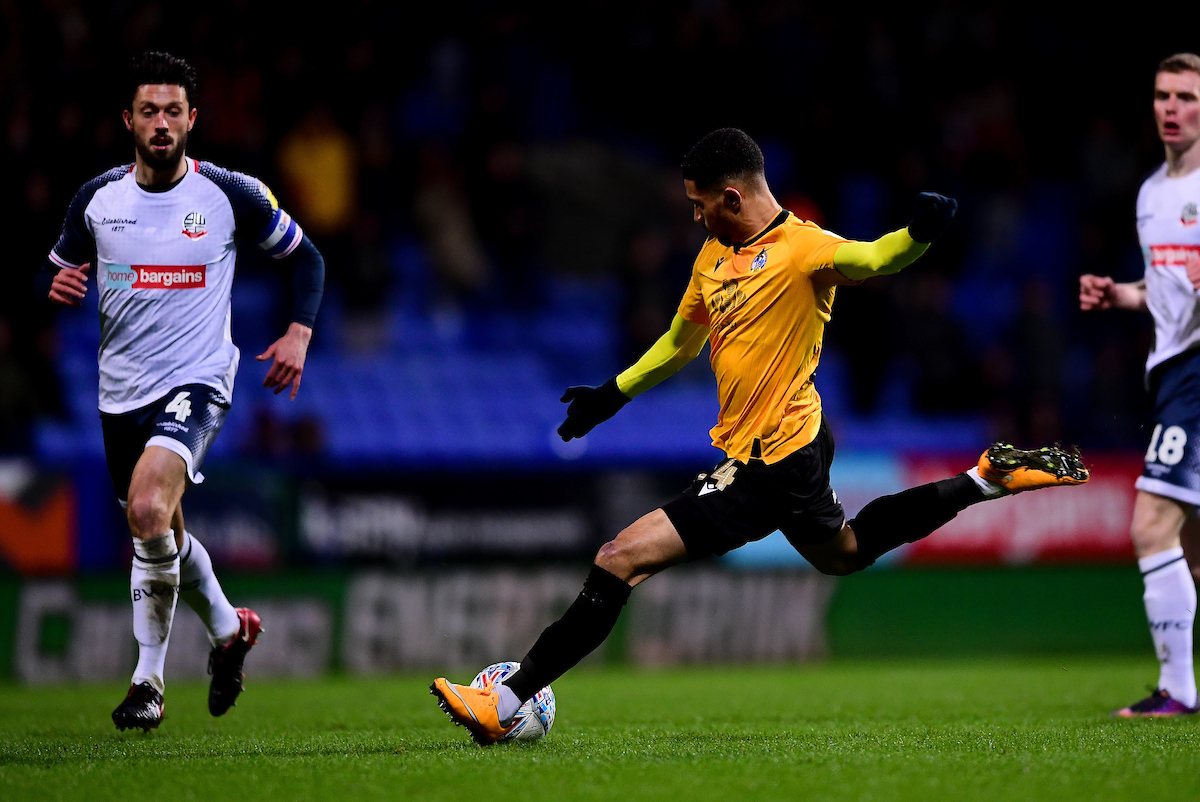 As the game settled down, Bolton carved out another half chance as a ball came from deep on the right side to find the head of Daryl Murphy in the box. Tasked with generating the power to beat Blackman from some distance, Murphy's header ended up nestling comfortably in the hands of the Chelsea loanee.

With the half-hour mark approaching, the Gas went as close as they could get! A whipped delivery came in towards the head of Ollie Clarke's who saw his header rattle off the right-hand post courtesy of a crucial touch from Remi Matthews. A chaotic goalmouth scramble ensued, with a number of efforts going in for the Gas, before Bolton eventually hacked it clear from under their own bar.

With five to go inside the first half, Ollie Clarke managed to dig out a lovely ball from the right flank towards JCH. Dropping away from his man, the striker made the cross, but miscued his header, sending it far wide, the last key chance before the half drew to a close bar a good block from Ollie Clarke to send a curling strike over the frame of the goal for Bolton.

The opening stages of the 2nd half was a cagey affair, with the biggest incident occurring as the 50 minute mark passed, with Luke Leahy going down for a head injury after clearing a good Bolton cross. After a short pause, he was given the all-clear to continue.

The break allowed the Gas a chance to collect themselves, not starting this half as they did the last, and they reacted well when play got underway again. Rodman picked the ball up on the right-hand side and arrowed in a firm cross towards JCH. Arriving awkwardly to the ball, acrobatics were needed from the striker, and his twisted effort almost ended up in the net as it ricochetted up off the floor. However, Matthews remained calm in goal, leaping well to reach the ball as it headed goalward.

A sharp jink inside just before the hour mark opened up enough space for Josh Ginnelly to whizz a cross in from the left side, but it narrowly evaded JCH at first, before missing the outstretched foot of Alex Rodman at the far post.

Moments later, another aerial attack, with a great cross from the right side this time finding the run of Luke Leahy arriving late at the far post. He powered a volleyed effort back across goal, but evaded the post and saw his effort go narrowly wide.

Bolton then sprang into action through the ever-energetic Dennis Politic who kept the Gas at arm's length as he danced inside off the left side. He struck low and hard towards the left post, seeing his strike roll just wide of the white beam.

The Gas replied, and replied emphatically, as Rodman received the ball from Clarke on the right flank. He fizzed a low cross into the box towards JCH who reacted quickest, emerging clear of the men in white to smash the ball into the roof of the net from close range. 1-0, no more dry January. 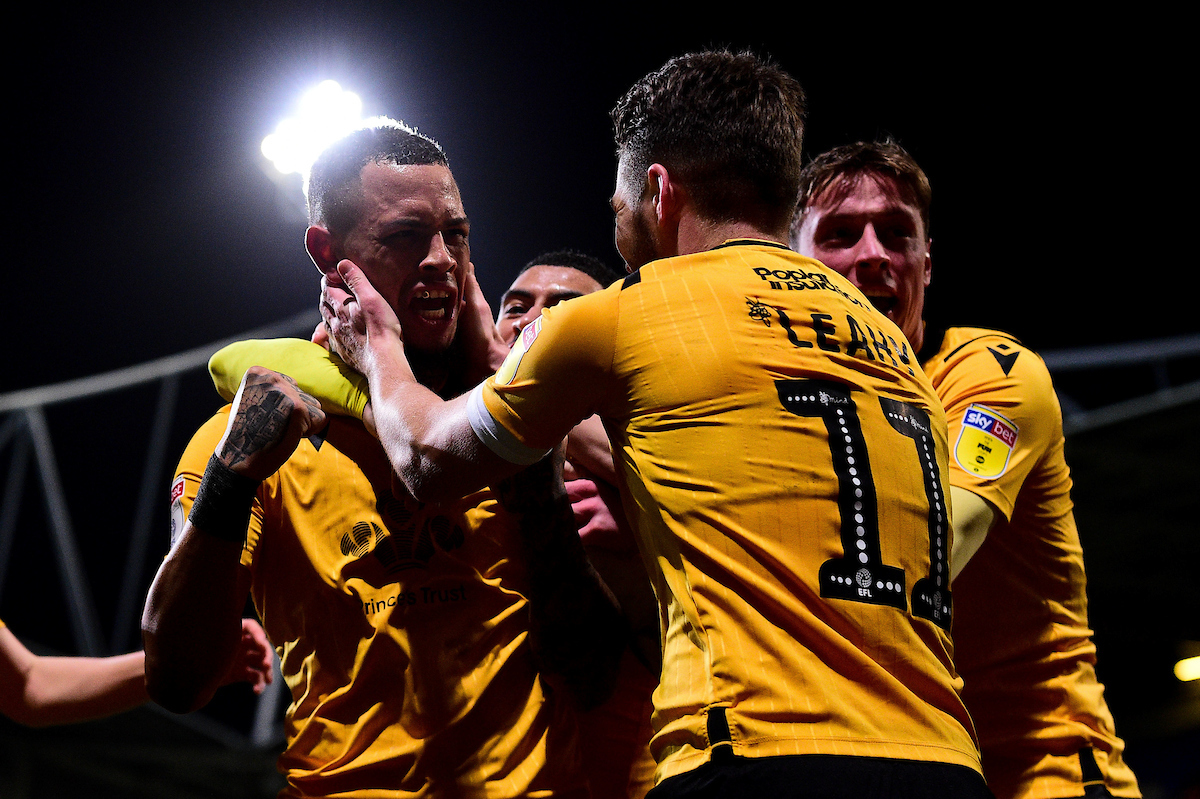 Bolton replied back with some decent pressure, but Rodman wanted a goal to go with assist just as the clock hit 70. The ball dropped towards him around 35 yards out, sitting up nicely for a half-volley. With the 'keeper off his line, he swung a leg at it but saw his strike swerve unkindly and head wide.

Shortly after coming on, Will Buckley made way for the home side, carried off on a stretcher after a challenge from Abu Ogogo. The referee deemed the tackle fair, but the impact took a toll on Buckley.

With 8 minutes to play, the home side found a response, with a corner finding the head of Daryl Murphy who was able to direct a header into the bottom right corner, past the diving Jamal Blackman. 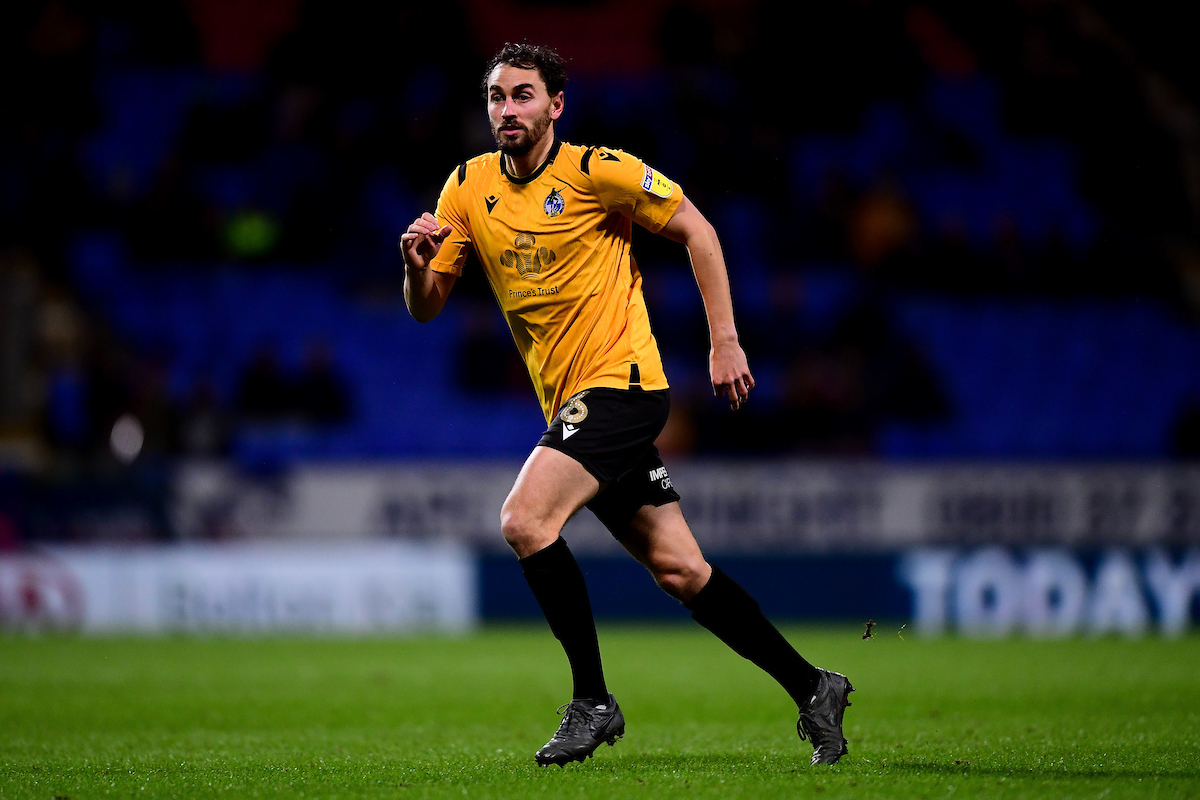 With a few minutes to play, Ginnelly pulled up lame, making way for young Jayden Mitchell-Lawson, despite the 90th minute drawing close, the loanee was given 8 minutes added time to make a difference.

It was Ollie Clarke who would get a chance though, as he burst forward surrounded by retreating Bolton defenders. He opted to shoot from distance but sent his effort clear over the bar. 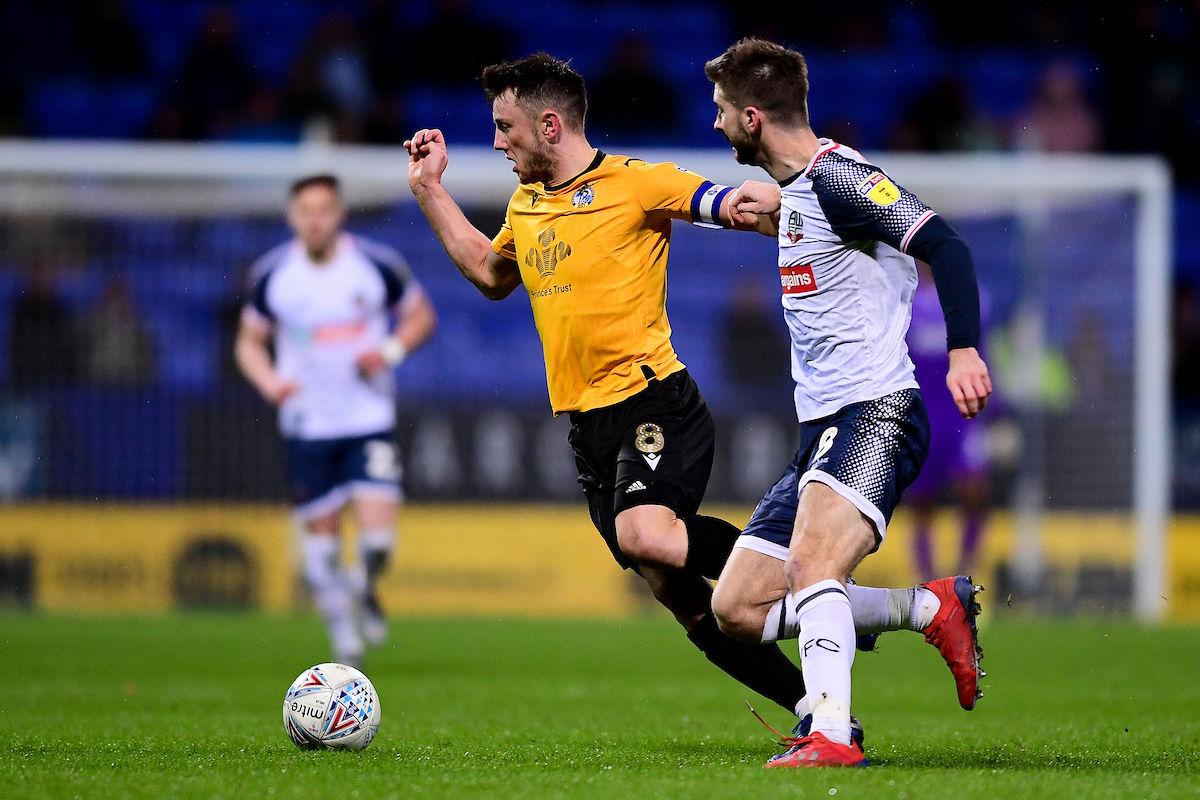 Despite heavy pressure in added time, the Gas couldn't unlock Bolton's defence for a second time, meaning they settled for a point on the road.

The Gas now look forward to a home tie against Coventry in the league.