The Gas fall to defeat at home to Shrewsbury…

A second half goal by Daniel Udoh was the difference between the teams as the visitors edged a tight affair down at BS7.

Garner was forced into one change to his starting 11 as Ogogo was suspended, meaning Liam Sercombe returned to the fold after a month out with injury. 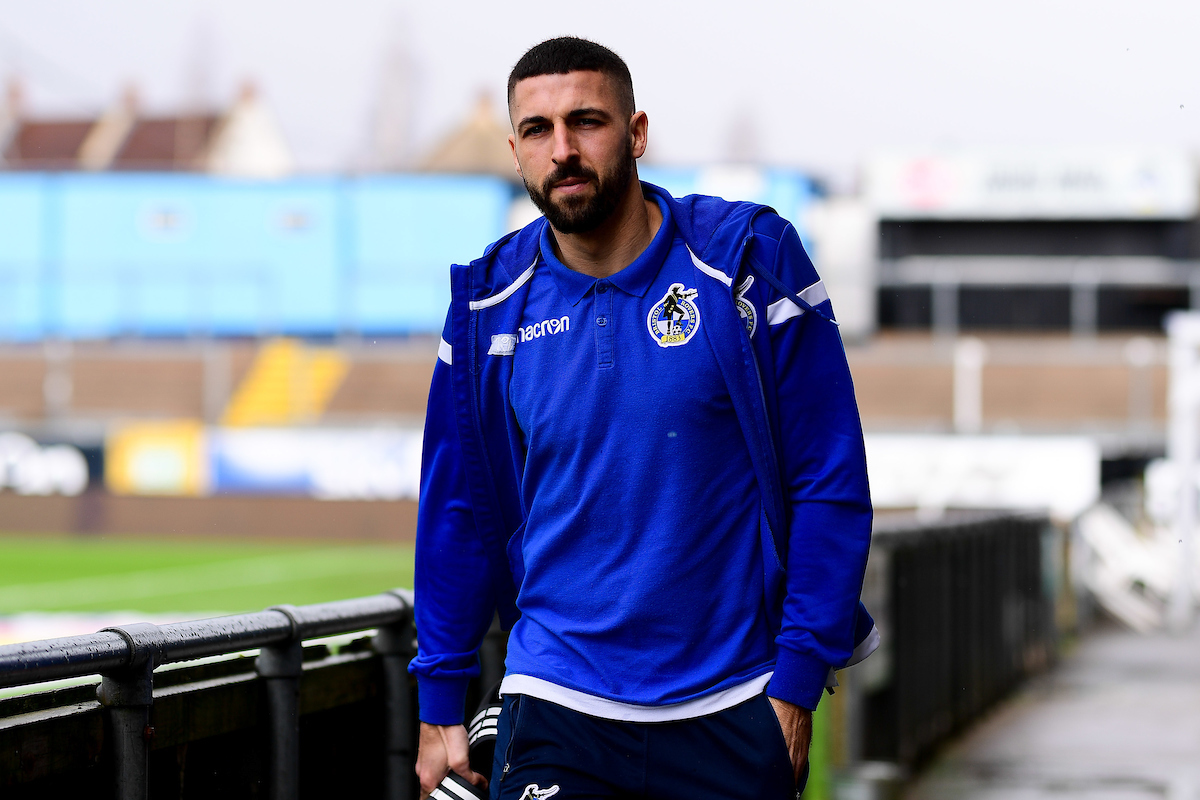 Prior to kick-off, the lads wore 'Empire Fighting Chance' t-shirts to spread awareness of the fantastic work our charity partner does in the local community. 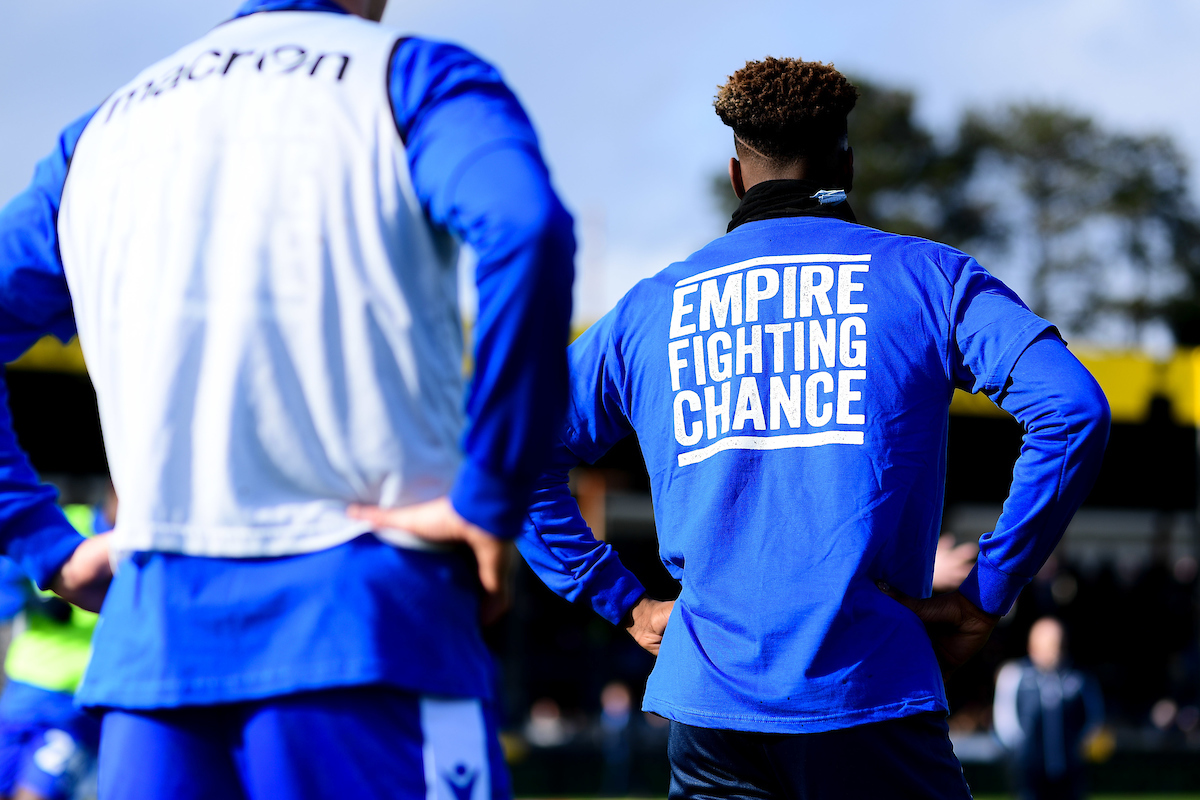 It was a slow start to the game at the Mem with no clear-cut chances in the opening stages. The closest the Gas came to taking the lead was through JCH who looked to have got his head to the ball after a brilliant Josh Ginnelly cross, however, Shrewsbury goalkeeper Max O’Leary was on hand to tip the ball away from the Rovers striker.

It was then the visitors turn to attack themselves with Josh Laurent getting past the Rovers defence with some tricky skills to eventually win a corner for the visitors. The following corner resulted in a dramatic goalmouth scramble with JCH getting back to clear the danger away from Blackman's goal. 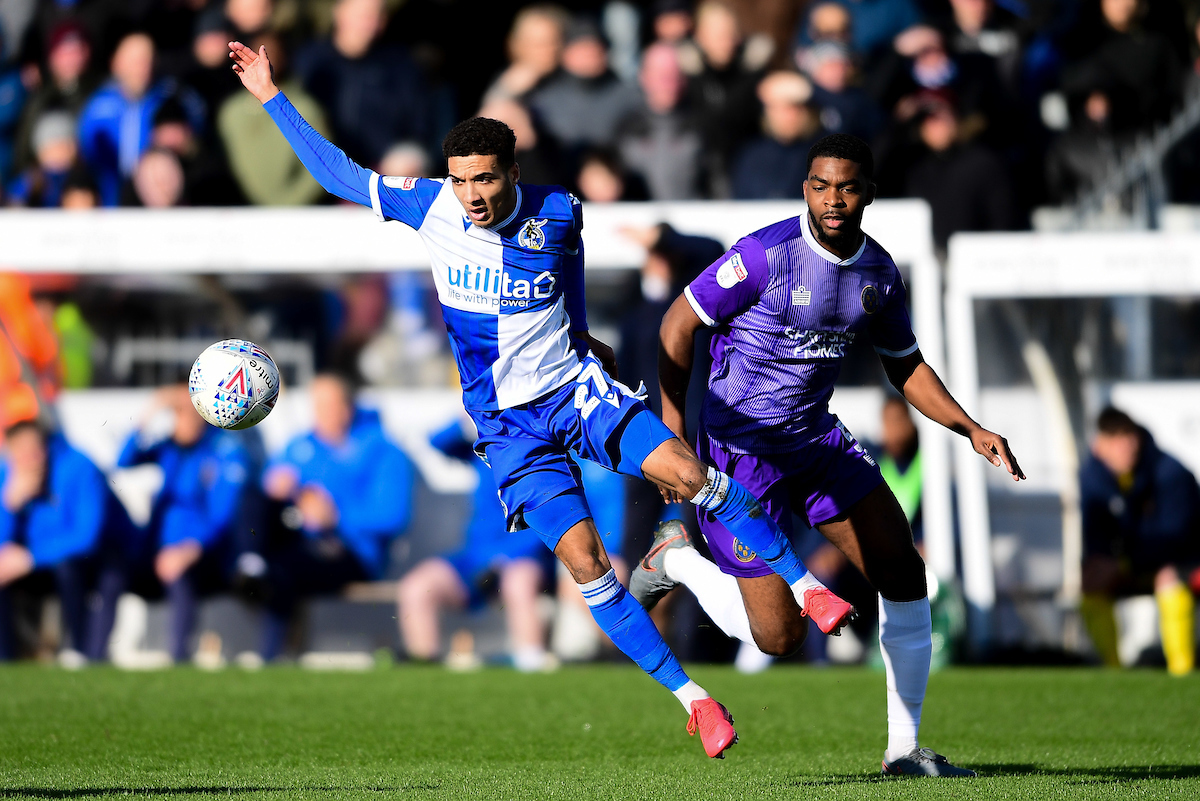 A few moments later Rovers had to call on Blackman to get them out of trouble after Ethan Banks-Landell made a fine run off the ball to get in behind the Rovers defence only to be denied by an excellent save by the on-loan Chelsea keeper in the Rovers goal.

Later in the half saw the first booking of the game being shown to Rollin Menayese after a heavy collision between Shrewsbury’s Daniel Udoh.

JML had an excellent chance to put the Gas in the lead after Ginnelly had skipped past the Shrewsbury defence to play in the Derby loanee who’s shot was fired well wide of the target. 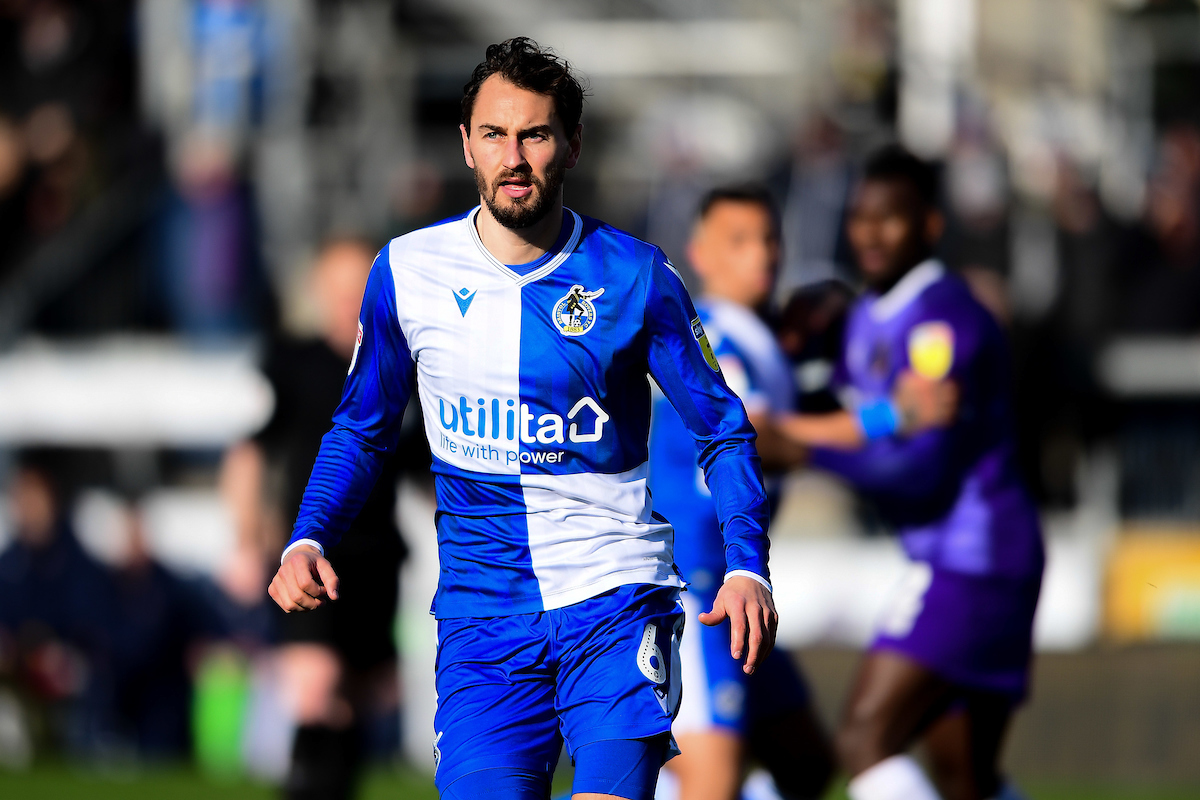 The Mem faithful thought Menayese had fired them in front after a Liam Sercombe free-kick was cleared by the Shrewsbury defence which fell to the Rovers defender who fired it into the net only for play to be called back for a foul in the box on a Shrewsbury player.

Blackman was called on again late in the half as he denied Callum Lang after Shrewsbury winger Jason Cummings sent in a low driven cross which, after a rebounded shot fell at the feet of Lang who’s shot was wonderfully saved by Blackman with the following rebound being ballooned over the bar.

Late in the half Liam Sercombe had a chance at goal from a free-kick which was hit over the bar sending the Gas into the half time break with the scores tied. 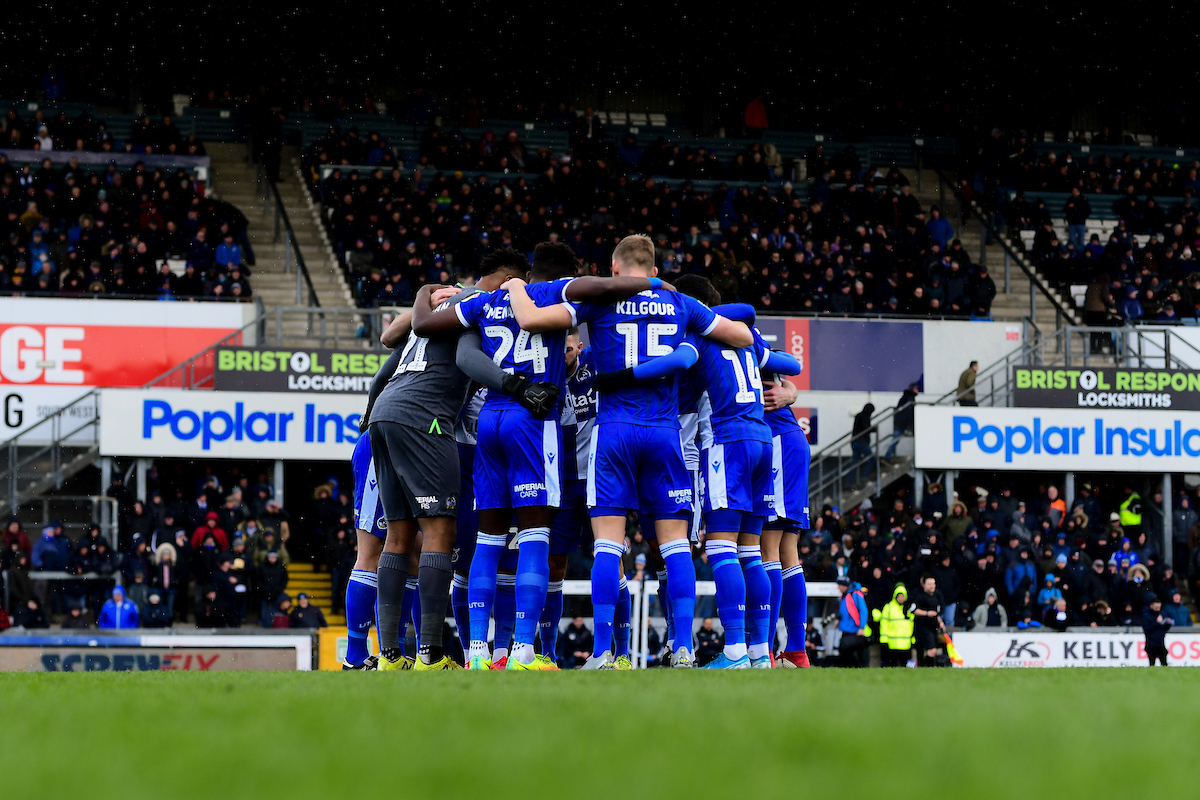 At the start of the second half, The Mem faithful again thought that Rovers had found the way to opening the scoring after a Sercombe free-kick found Ollie Clark on the penalty spot who’s header was well saved by O’Leary who managed to tip the goal-bound effort onto the bar to deny the Rovers defender.

Rovers top scorer JCH was then forced off the pitch after landing heavily on his shoulder earlier in the half being replaced by Timmy Abraham. 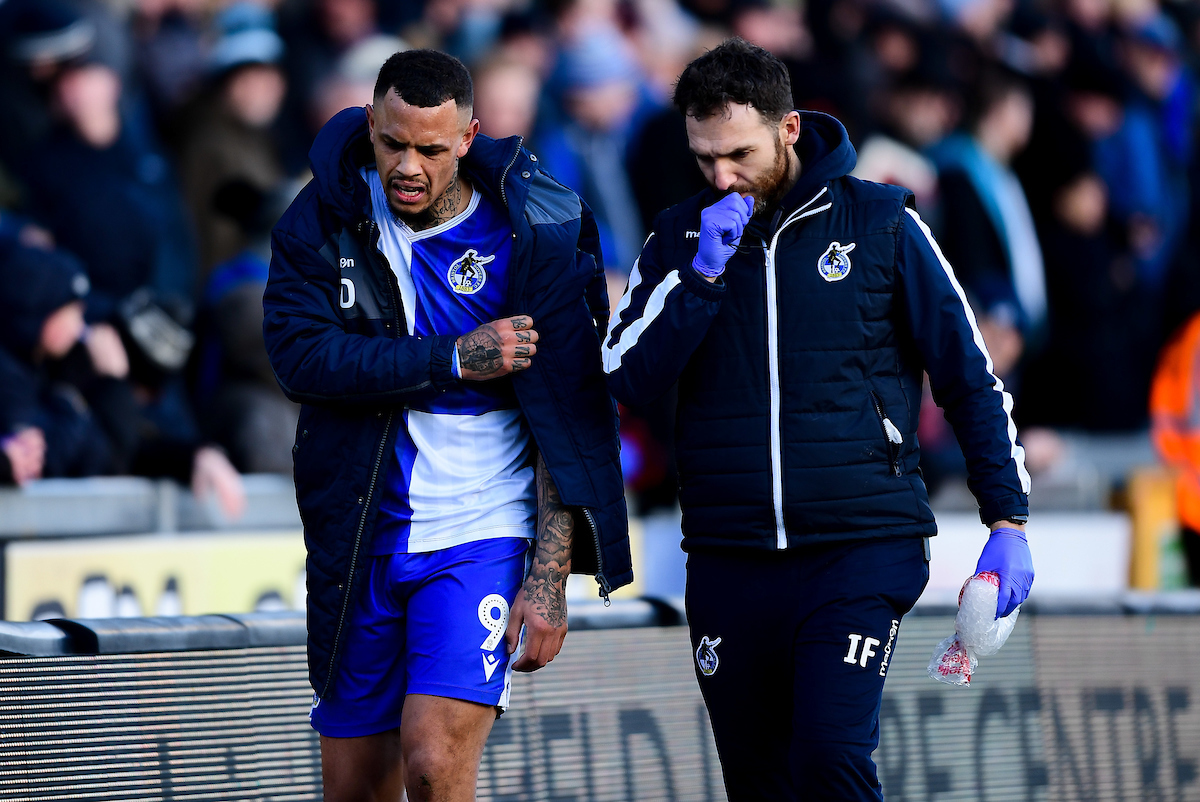 Shortly after this enforced change, the visitors hit the front after Daniel Udoh fired a low driven shot which managed to beat Blackman at full stretch with around twenty minutes left to play.

The Gas looked to go for it by bringing on Alex Rodman for Rollin Menayese. James Daly also made his Rovers debut after coming on for Liam Sercombe.

In the last ten minutes, the Gas again thought they had found their first goal of the game after a brilliant backheel from Timmy Abraham found substitute Alex Rodman who only managed to float his cross over debutant James Daly in the box. 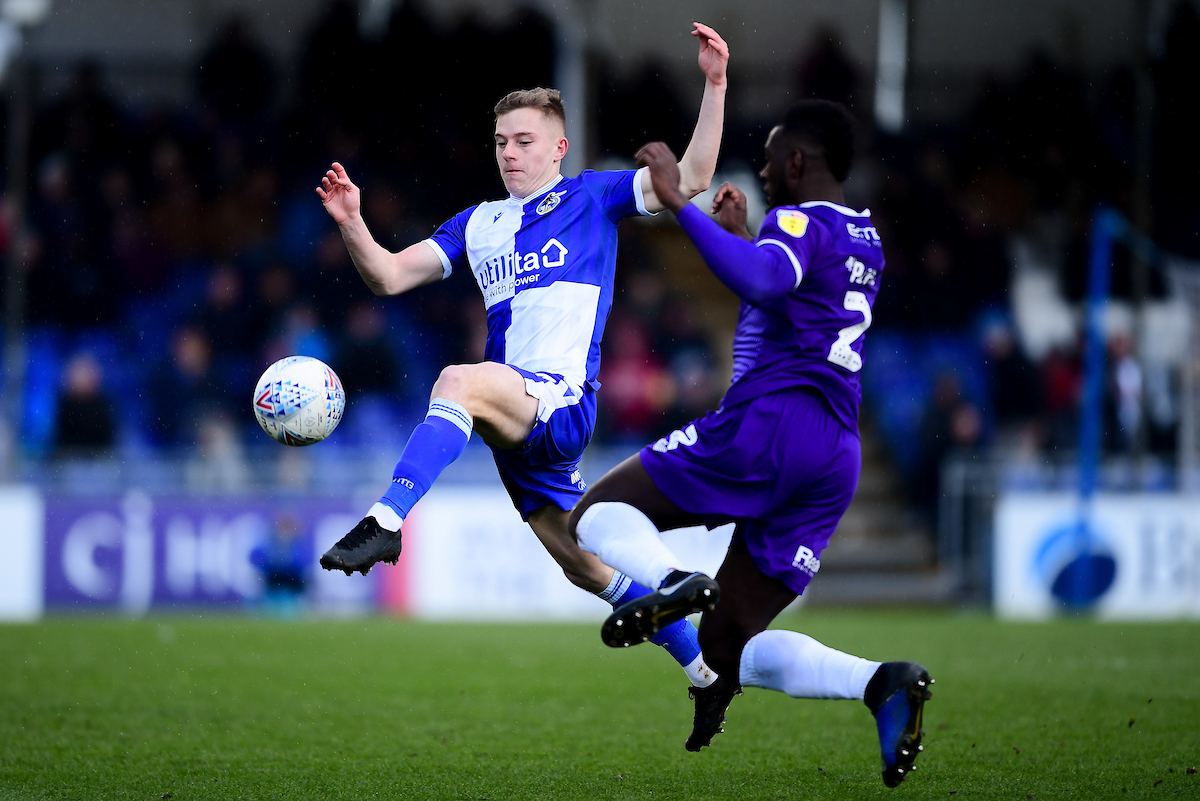 Ginnelly found the ball at his feet going into the four minutes added time at The Mem and picked out striker Timmy Abraham with his whipped ball. Agonizingly Abraham wasn’t able to gather the ball under his control and Shrewsbury managed to clear.

The Gas head to Southend next week and will look to return to winning ways.