Eric Whitlock recounts how he discovered what is believed to be the oldest known image of a Bristol Rovers squad...

This 1897 photo of Wotton under Edge cricket club has former Black Arabs’ footballer Harry Evans in the back row second from the left.  The gentleman in the front row third from right wearing a blazer is my Great Grand Father Frederick Bennett. (He is also the Great, Great Grandfather of former Rovers player Sean Rigg).

Harry Evans and Fred Bennett grew up together, were great pals and both were good sportsmen. They were brought up in the small town of Wotton under Edge, 20 miles north of Bristol. Harry, being born in 1866 and Fred in 1870. In 1881 both were living close to the Butchers shop of Mr. William Ritchings of Park Mill Farm, the site of the first Black Arabs game against Wotton under Edge on 1st December 1883.

It is quite a miracle that the 1884 photo, which is believed to be of the original Black Arabs has survived since it has circumnavigated the globe in its 137-year history travelling at least 23,000 miles.  It has “To Fred best wishes Harry feb ‘84" written on the back.

The journey of the photo seems to have been from Harry Evans to Fred Bennett. The image then went from Fred Bennett to his nephew Alex Bennett who emigrated to Australia, from there it went to his son Paul Bennett who emigrated with an envelope of old family photos, including the Black Arabs photo, from Australia to Vancouver Island in Canada. When my second cousin Paul Bennett knew he was terminally ill he was keen to send me the old family photos dating from the 1880s because he knew I was very interested in family history research.  The photos lay in a shoebox under my bed for at least two years.  I had noted that among them was the picture of a sports team with very dark shirts and a light-coloured sash across their chest.  I concluded that they were probably rugby players since there are more than 11 of them and there is no-one in a goalkeeper’s jumper.  Only later did I realise that goalkeepers did not wear distinctively separate shirts until about 1910.

On December the 1st 2020 (note that date) I was researching some old match reports of Black Arabs’ games for Bristol Rovers historical society’s web page “Past Pirates” when the search engine threw up the two attached newspaper reports from the 1930s regarding the vice-chairman of the Gloucestershire Football Association Mr. Harry Evans of Wotton-under-Edge.  Both reports say that Mr. Evans had played for the Black Arabs as a young man.

I then recalled that I also had under my bed a 1952 obituary placed in the Wotton-under-Edge gazette regarding my Great Grandfather and that it was written by a Harry Evans who played cricket with him.  As I thought about it I wondered if there was a photo of Harry Evans among my Great Grandfather’s old photos.  The only photos I could find are the one of the 1897 Cricket team above and one of Harry in the 1950’s with footballers of Synwell Rovers a team in Wotton under Edge. 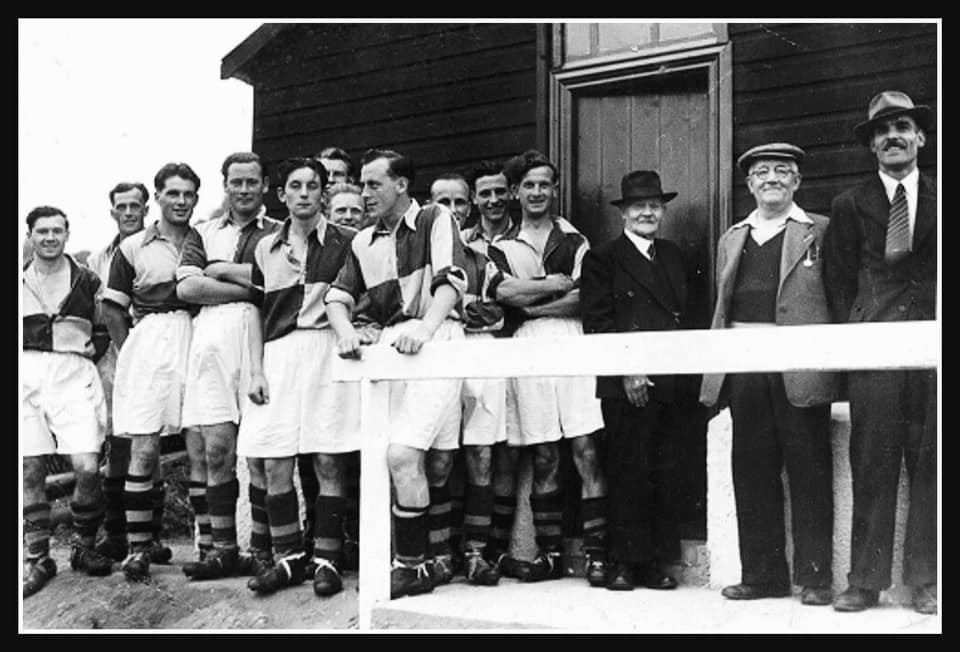 It was then that 'the penny dropped'.  The 'Harry' that was sending best wishes to my Great grandfather Fred in 1884 was one and the same as Harry Evans of the Black Arabs.  Therefore, since neither Harry Evans or Fred Bennett were known to have any interest in Rugby, the team with the light coloured sash must be a football team.

The more I looked at the ball in the photograph the more I could see it was round, not oval.  That could only lead to one conclusion that I could think of.  That old photo that I had disregarded under my bed for the past 2 years and had travelled 23,000 miles was the Black Arabs out of which the professional club Bristol Rovers grew.  Why did I ask you to note the date of my discovery on the 1st of December 2020? Well, Bristol Rovers' very first game as the “Black Arabs “took place on December 1st, 1883 at Park Mill farm Wotton under Edge.  Exactly 137 years ago to the day.  While I think it was just a weird coincidence, I appreciate some will find it spooky.  So, after 137 years and a journey 23,000 miles, the photo is finally back where it belongs with Bristol Rovers, the club who first played at Wotton under Edge as the Black Arabs on December 1st 1883 with a return match in Feb 1884 just as the back of the photo suggests. 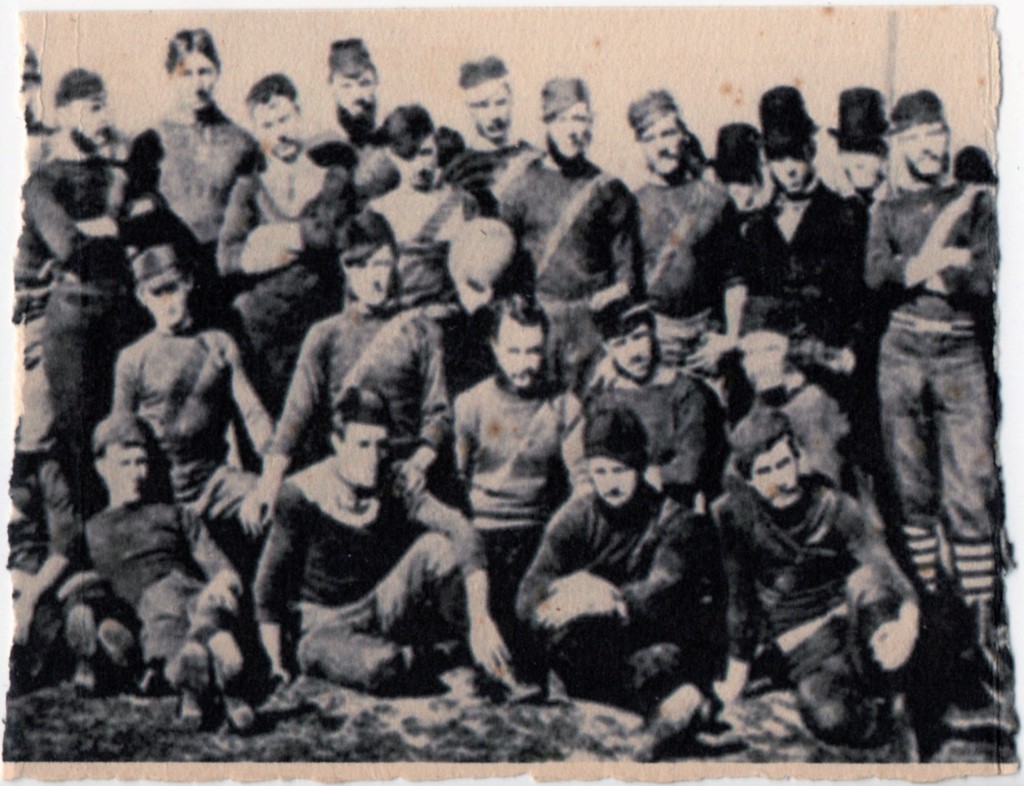