Ben Gladwin’s long-range strike in the first-half was followed up by a Scott Fraser goal on the hour mark, as Rovers were defeated at Stadium MK.

In an even first-half showing, Scott Fraser’s effort from inside the area that forced van Stappershoef into making a stop looked to be the biggest threat to the deadlock in the opening 45 minutes.

That was until a strike from range from Ben Gladwin deep into stoppage time nestled into the top corner to give the home side the advantage at the halfway stage.

Rovers responded well in the second half, with attempts from McCormick and Hanlan testing Fisher in the host’s goal, but the home side grabbed the all-important second goal when Scott Fraser slotted home in 63rd minute. 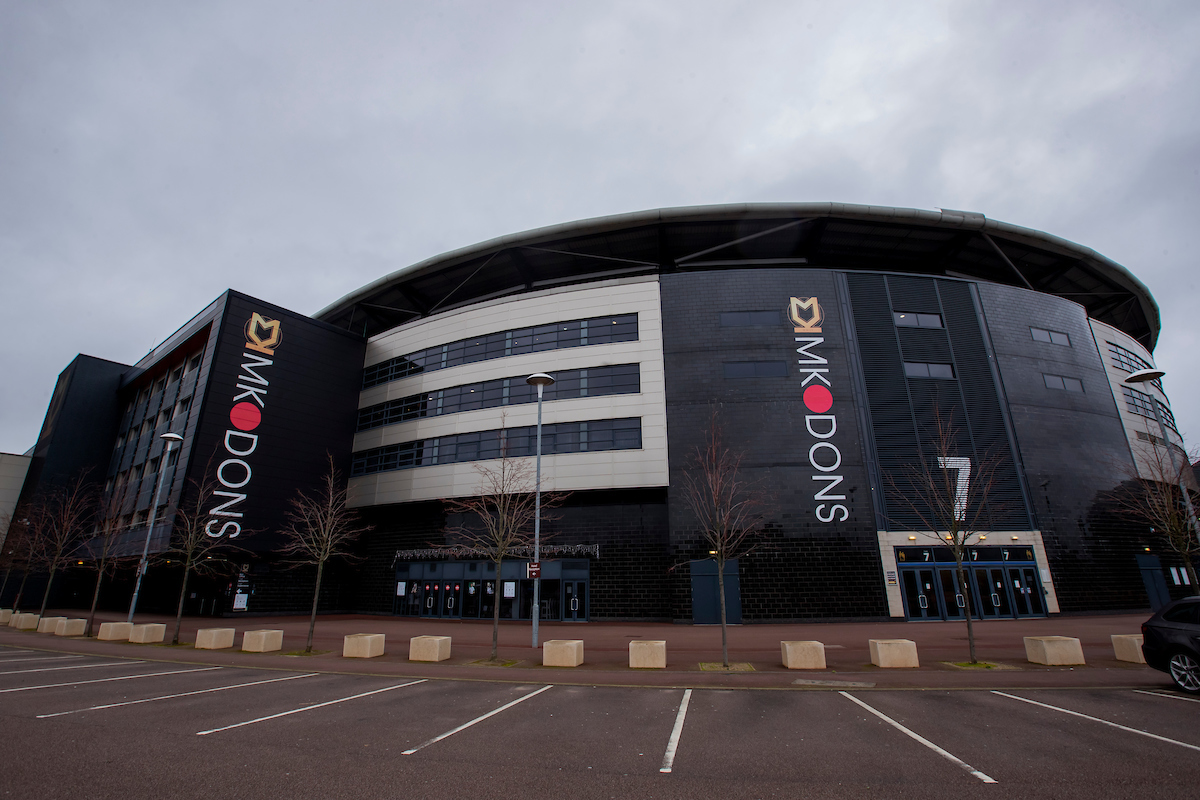 Rovers headed to Stadium MK 14 days after their impressive 3-0 win against Plymouth at the Mem.

For the fixture, Rovers boss Paul Tisdale opted to make two changes to the side that faced the Pilgrims.

Alex Rodman was a welcomed addition to the Rovers bench, as the winger was in contention to make his first appearance since March.

Van Stappershoef continued to deputise for the injured Anssi Jaakkola, with the Dutchman making a string of impressive saves to preserve the team’s clean-sheet last time out.

MK Dons on the other hand made four changes – with the quartet of Gladwin, O’Hara, Surman and Harvie coming into the starting XI.

The Gas were looking for a third straight league win on the spin, an accomplishment that Rovers last achieved in October 2019. 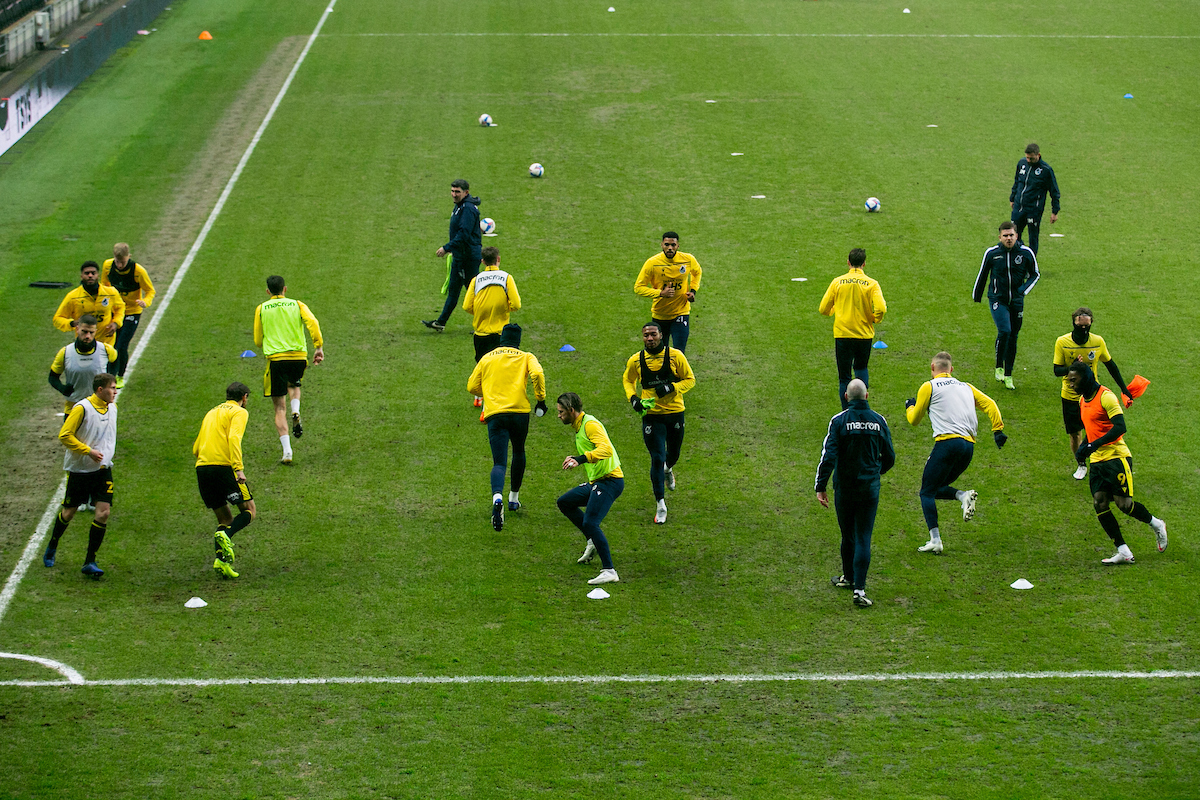 In their previous last three games, Rovers had scored their opening goal within the opening twenty minutes, but the opening stages at Stadium MK didn’t yield any early openings for Tisdale’s men.

The first chance of the game fell to the hosts, as Scott Fraser latched onto Regan Poole’s cross at the far part and kept his balance to direct a fierce shot towards the near post that Van Stappershoef was alert to.

Rovers grew into the contest and almost forced an opening when Ed Upson slipped a through ball into the path of Brandon Hanlan, with the striker unable to shake off the attention of Richard Keogh to get a shot on goal away.

With a few openings between the sides, Ben Gladwin’s right-footed effort from outside area that flashed wide of the Rovers goal proved to be a rare first half opportunity.

As the break approached, the home side were forced into change, as Warren O’Hora’s afternoon was cut short, with the defender being replaced by Baily Cargill. 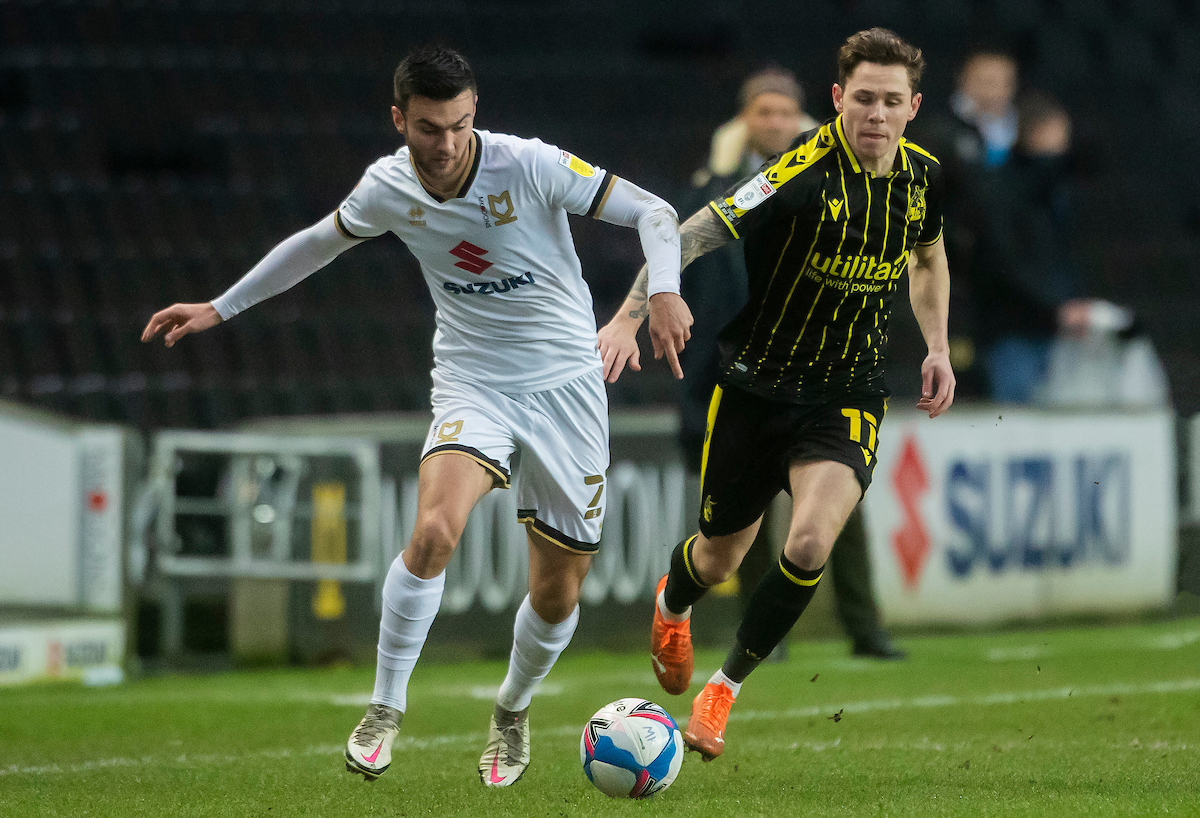 With four minutes of stoppage time being played, it looked like the deadline would stay in place at the interval. That was until Ben Gladwin seized the opportunity to take aim from all of 30-yards out and found the top corner with his strike deep into injury time to give MK the lead at half time.

The timing of the MK Don’s opening goal could have knocked the wind out of Rovers, but they responded well after half time.

A well-worked set-piece routine from the Gas minutes after the interval saw Luke McCormick’s handy effort on target pushed wide, with both Alfie Kilgour and Max Ehmer having follow up attempts deflected clear by frantic goal line stops from Fisher.

That effort was quickly proceeded by a chance for Hanlan. A gusty tackle in the middle of the park from Ed Upson won back possession, with the midfielder slotting a pass through to the in-form striker, who forced Fisher into making a stop low down to his left to tip the finish wide. 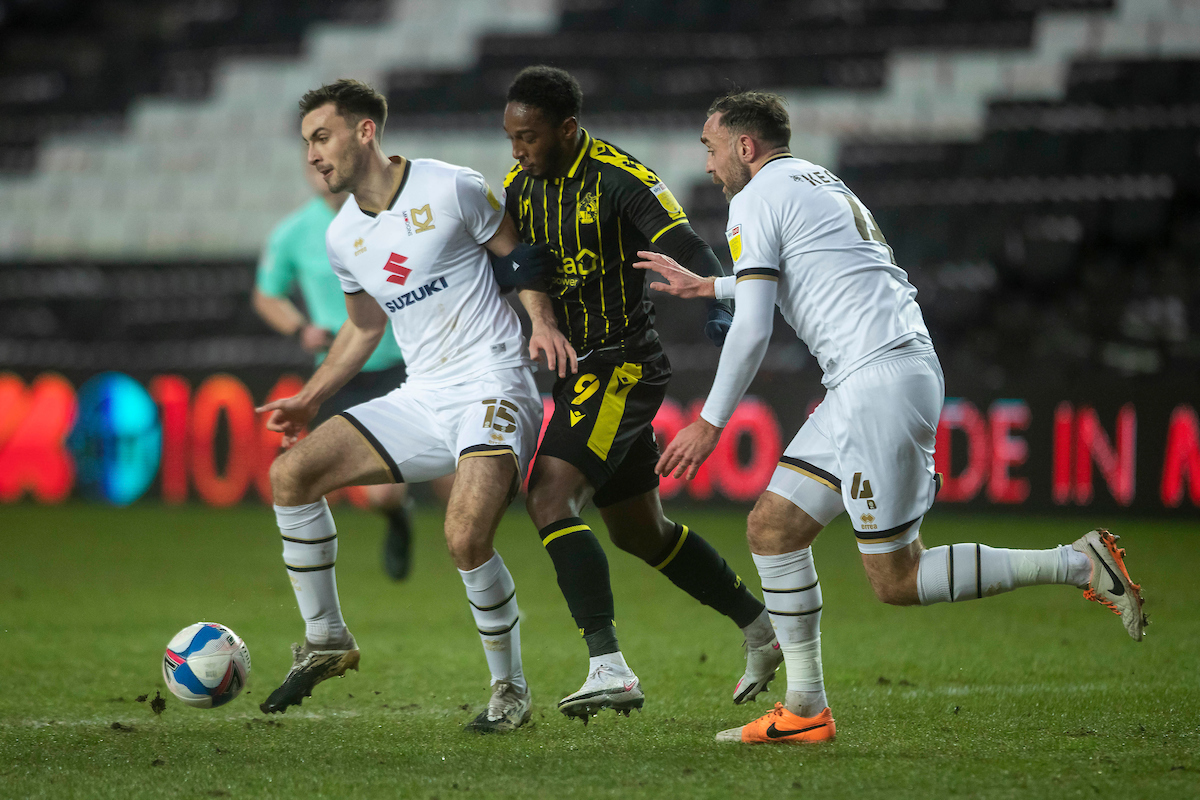 Rovers kept asking questions on the hosts and on the hour mark, a twisting run from Nicholson saw the winger dart into the area and square a pass across goal that was touched wide by Hanlan at the near-post.

With Rovers very much on top, the second goal from the home side came against the run of play. A clearance upfield from van Stappershoef was picked up in the middle of the park by Jerome, who was able to guide a pass through to Scott Fraser. Pressure from Kilgour forced Fraser wide, but he was still able to drive a low finish across goal that settled into the far corner.

From the bench, Josh Barrett and Alex Rodman were introduced, as Rovers looked for options to dent the host’s two-goal lead.

Rovers nearly found a way back into the contest when a snapshot volley from the edge of the area from Luke McCormick flew narrowly over the crossbar, as the Gas were unable to grab a late goal to make the final moments uncomfortable for the home side.

Rovers kick start 2021 by hosting Blackpool at the Mem next Saturday.