A five-goal first half set the tone for an action-packed afternoon in South London, after the Gas went down early doors to a Joe Pigott penalty.

Rovers responded through a superb solo effort from Nicholson, and a header from Hanlan before Heneghan drew things level.

As half-time was looming, Hanlan struck Rovers back ahead with a rocket from inside the box.

A controlled second-half saw Rovers extend their lead, with Nicholson doubling his tally with a close-range header and clinching all three points for his side. 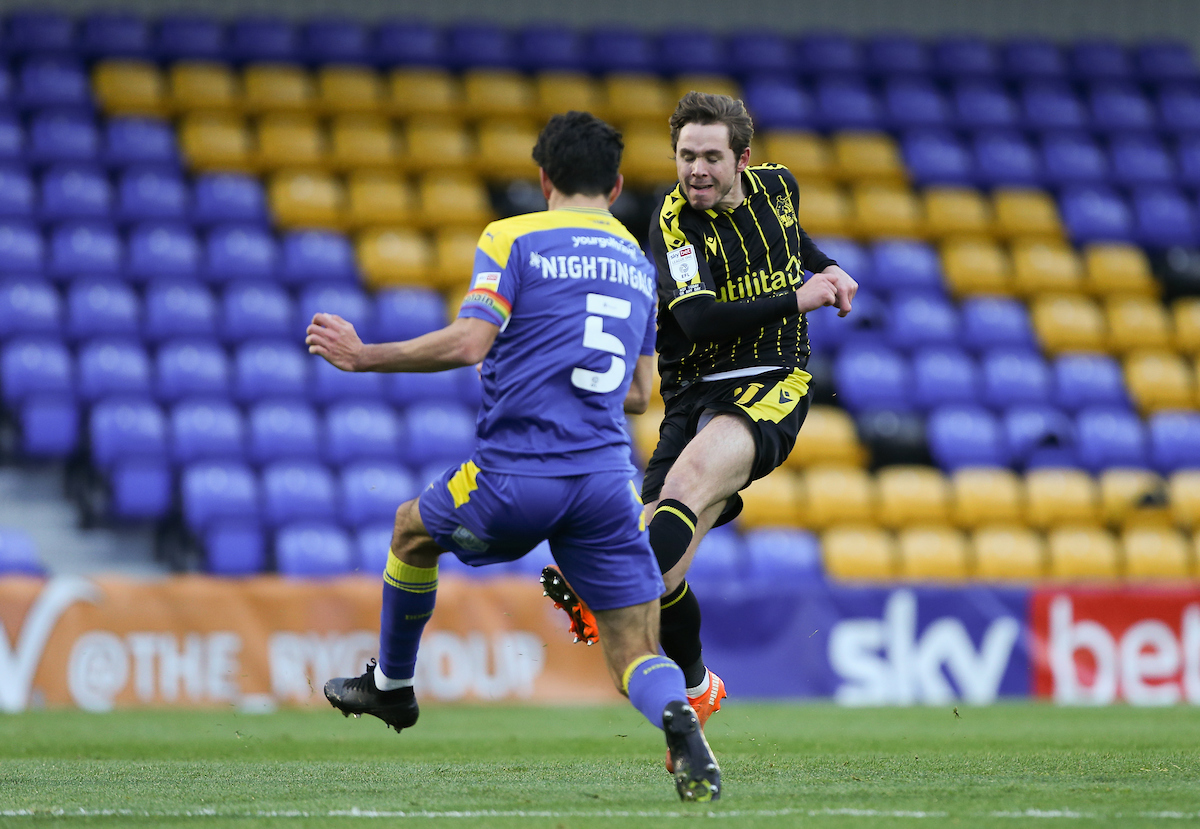 With a trip to a new League One ground came the introduction of a few new faces in the starting eleven of Paul Tisdale's side. The manager opted to give Zain Westbrooke the start in midfield, in place of the injured Luke McCormick. There was also a change amongst the defence too, with Josh Hare making way for Alfie Kilgour.

Kilgour formed a defence alongside Ehmer, Baldwin, and Leahy, while Westbrooke joined Upson and Grant in the centre of the park. In terms of attack, Oztumer, Nicholson, and Hanlan were looking to cause the Dons problems at Plough Lane.

Rovers-developed youngsters Cameron Hargreaves and Zain Walker made the bench, with Josh Barrett also included as an option. 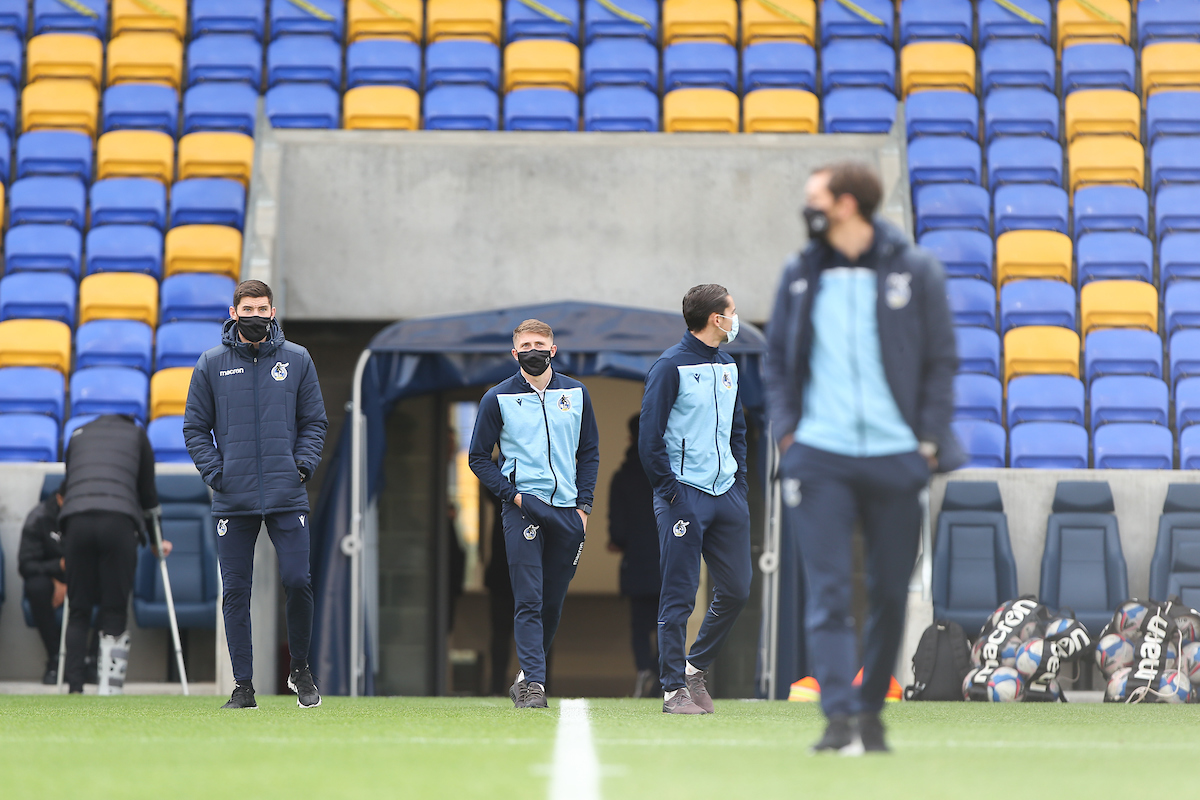 The nearing-completion stage at Plough Lane made for an apt setting for a Rovers side who are looking to put the building blocks in place for a surge up the table. A winters afternoon treated the Gas, as they arrived for the tie between themselves and an AFC Wimbledon who stunned high-flying Peterborough United in the week.

Wedged amidst under-construction high-rise apartments, this afternoon would be the Gas' first trip to Wimbledon's new ground, but definitely not the first clash between the two sides. Last season's games both featured comeback victories, with the Gas fighting back from behind at Kingsmeadow on a blisteringly hot day, with the Dons then repeating the feat at the Mem in December 2019.

The start of the game was punctuated by a moment of controversy as Joe Piggott went down as Westbrooke swiped a clearance away, contact seemed to be minimal but the ref' awarded a penalty. Piggott got up to take the spot-kick and converted into the bottom right.

Pigott was picked out again in the area as the game continued, taking a touch to the right before firing on goal. Kilgour got across to make a vital block and deflect wide in a cagey opening spell for his side.

With the Gas looking for a moment of magic to force their way back into this one, it was Sam Nicholson who provided the touch of class. Bringing down a ricocheting ball in the centre of the park, he drove forward riding challenge after challenge before cutting in off the right flank. He fired low and hard from the edge of the area with the Dons defence back-peddling, and beat Trueman, finding the bottom right corner superbly. A phenomenal goal reminiscent of his strike against Rochdale earlier in the season. 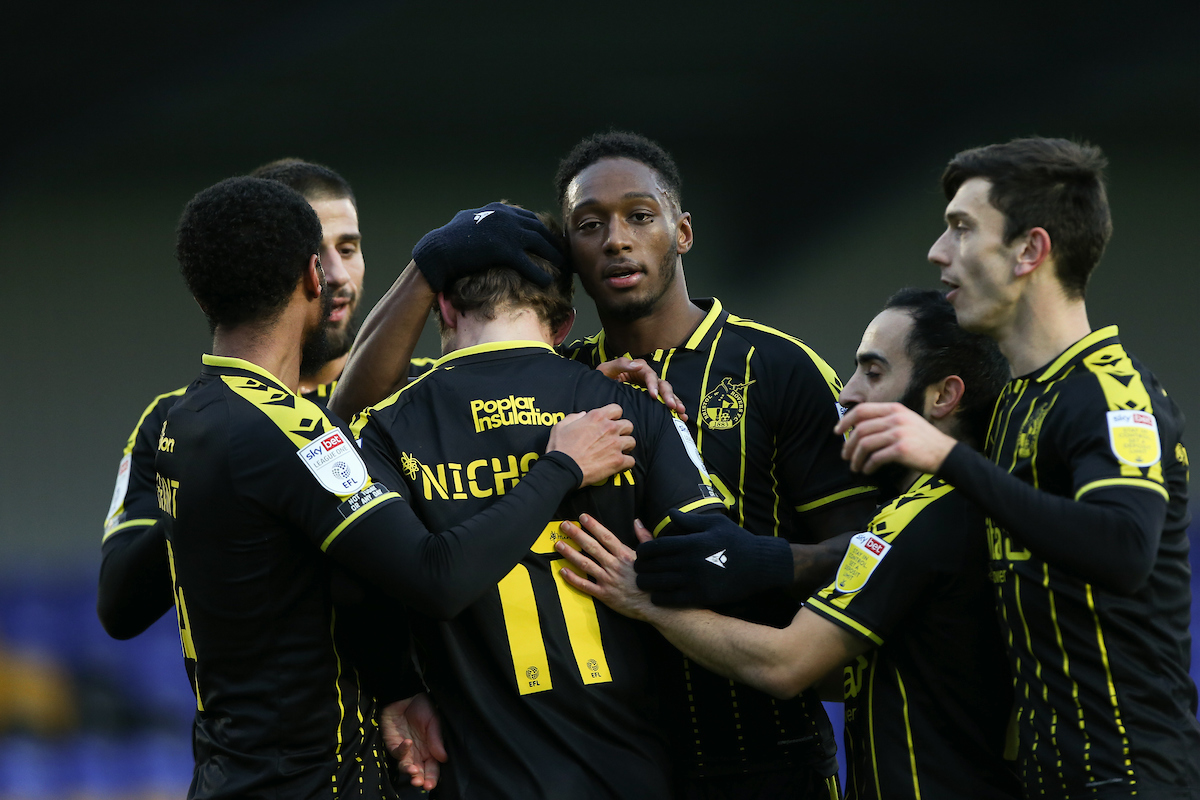 It was Nicholson involved minutes later as he cushioned a delightful backheel to tee up Hanlan from 30 yards out. The number 9 ran onto it, striking a powerful low effort first-time. It bounced in front of the 'keeper and up into his face, causing problems for Trueman in the Dons net, however, unphased by the deflection, he scrambled out well to collect the follow-up.

Chances kept coming as Hartigan rounded out the 20th minute with a right-footed well-placed effort from distance. It looked to be creeping into Jaakkola's right corner, but the Fin dived well to avert any danger and keep hold of the strike.

Five minutes on, the game looked to be stalling out, but this time the inspiration came from an unlikely source, in Jack Baldwin. The defender picked out a smart ball to Westbrooke from a free-kick which set the midfielder clear of the Dons defensive trap. He rolled the ball back neatly to Leahy who delivered beautifully towards Hanlan at the front post. It needed an inch-perfect header from the frontman to find the net, and boy did he provide, flicking it perfectly towards the back post and past Trueman. 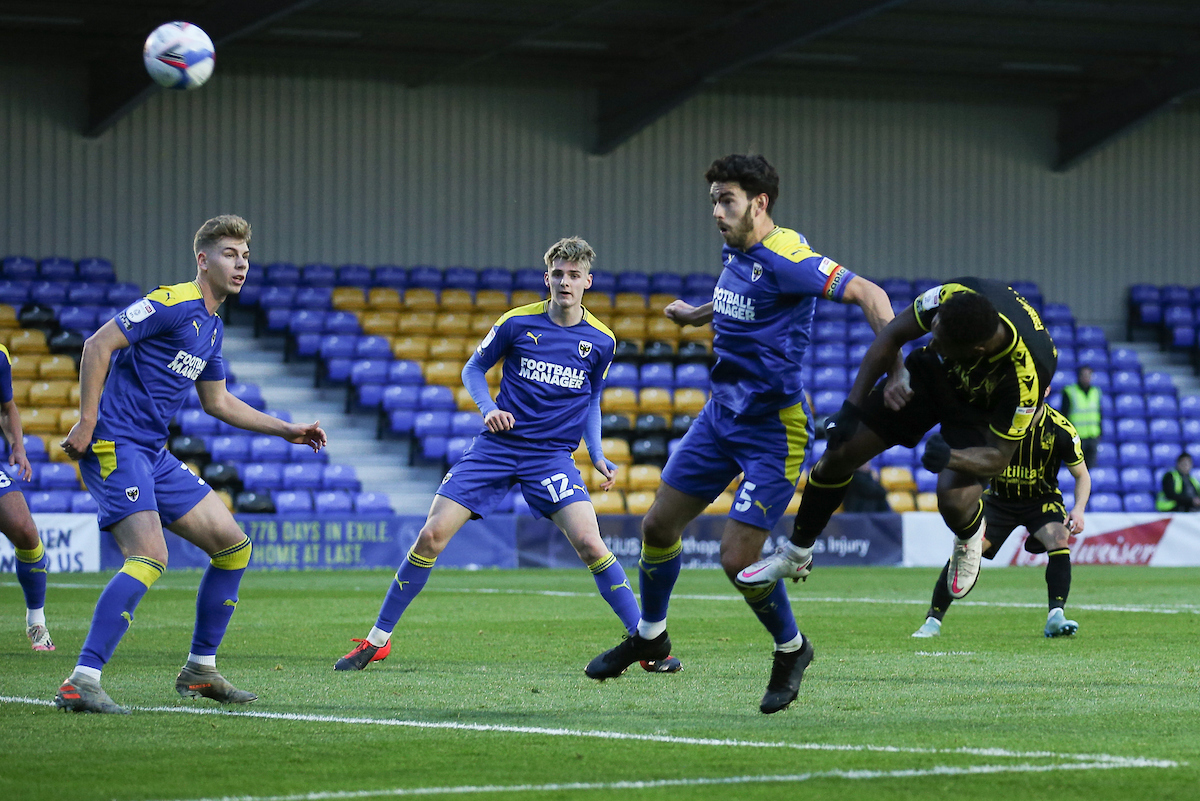 Moments later, Upson, celebrating his 100th Rovers appearance, struck an effort from the edge of the box which saw a Dons deflection send the ball looping. It threatened Trueman in the Wimbledon net but cleared the bar in the end.

Rovers were playing with some prowess after going up, with Ehmer charging forward from right-back to fire on goal inside the box, he saw a deflection roll to Grant who cracked a shot first-time. Shouts of handball from a block were increased as Oztumer then struck an effort into a Dons defender, with Tisdale protesting loudly from the sidelines that it struck a hand.

A set-piece from Wimbledon unlocked the Gas up the other end, with the Dons delivering from deep towards the danger area. Heneghan latched onto it in acres of space and diverted past Jaakkola. 2-2. 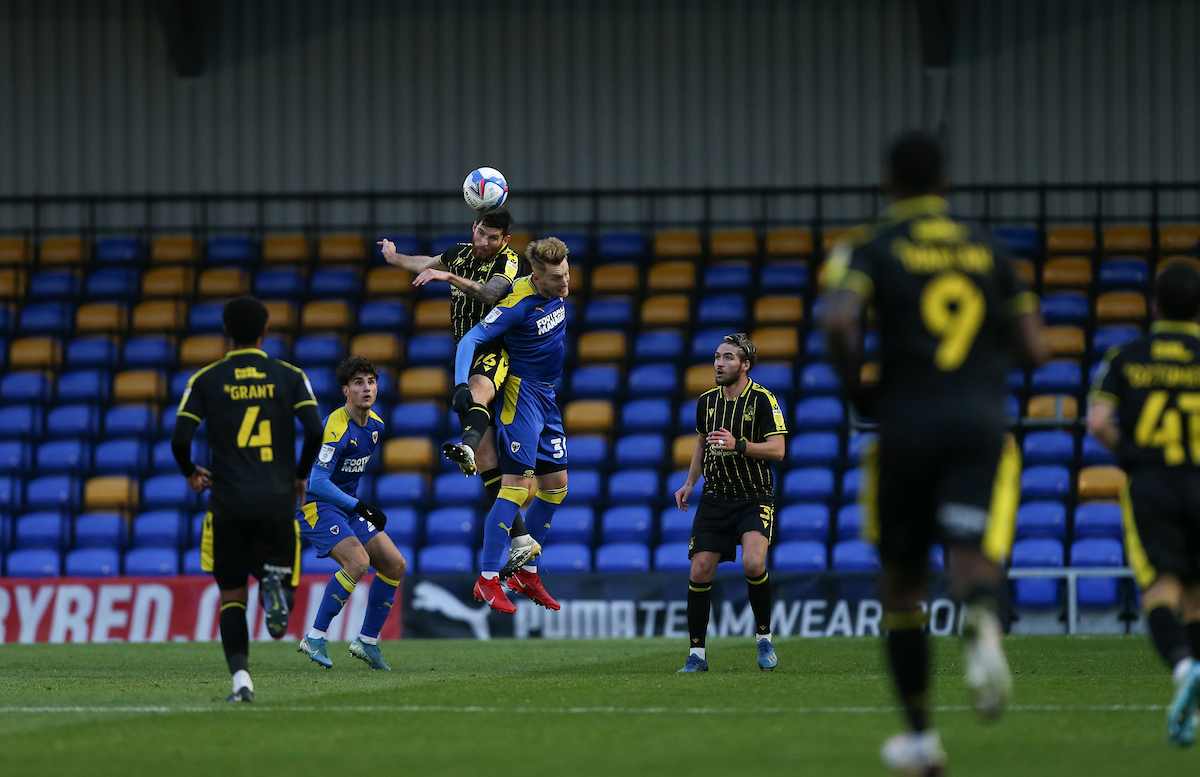 Up the other end the Gas attempted to reply immediately as Oztumer struck a dipping effort from the left apex of the area. It sent Trueman diving but cleared his crossbar.

Over 90 seconds of passing formed the build-up for the Gas' next move as the whole right side of the squad got involved before unlocking Oztumer on the right-flank level with the edge of the box. He dinked an inviting ball back to Leahy outside the area, who struck a first-time volley. It looked to be heading goalwards, but a Dons deflection took it wide.

Leahy went close to scoring from a corner not long after! His whipped left-footed strike curled neatly towards the back post, with Trueman at full stretch to tip away. 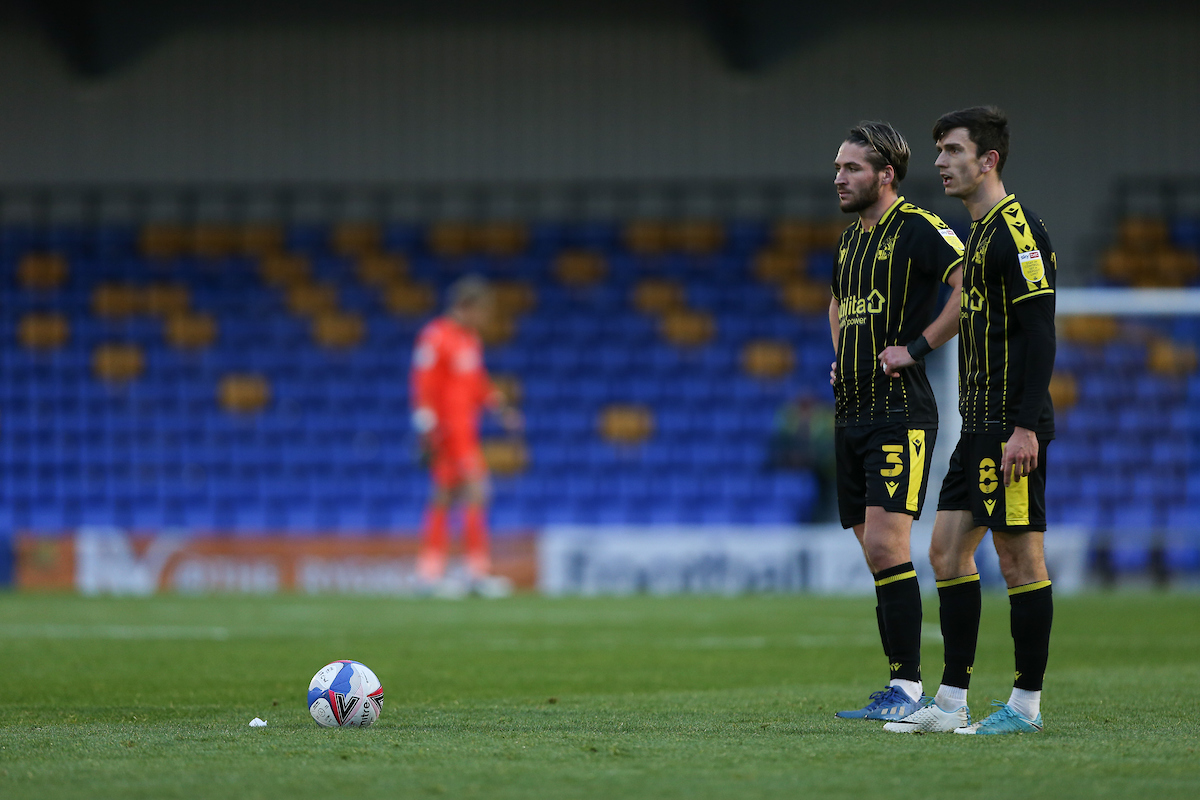 Rovers remained in charge of possession as the half ticked on, with the home side looking to hit the Gas on the break where they could.

Oztumer would force another save from Trueman, albeit a comfortable one, as he shuffled inside from the right flank to get a left-footed shot away. It traveled low, with Trueman scooping up comfortably in the net.

In the dying stages of the half, Oztumer set Hanlan through in behind the Dons defence. Blistering clear with his pace, Hanlan should've probably done better with his effort on goal, trying to curl it towards the far post, but seeing Trueman save comfortably in the centre of the goal.

Moments later, he made up for his mistake on goal. Rectifying emphatically as Upson dug out a neet ball with Hanlan timing his run to perfection. Harried to the right side of the box by a defender, the forward opted for power instead of placement this time, cracking a strike so hard Trueman could only palm it into the roof of the net, with Hanlan wheeling away knowing he'd sent the Gas into the break ahead. 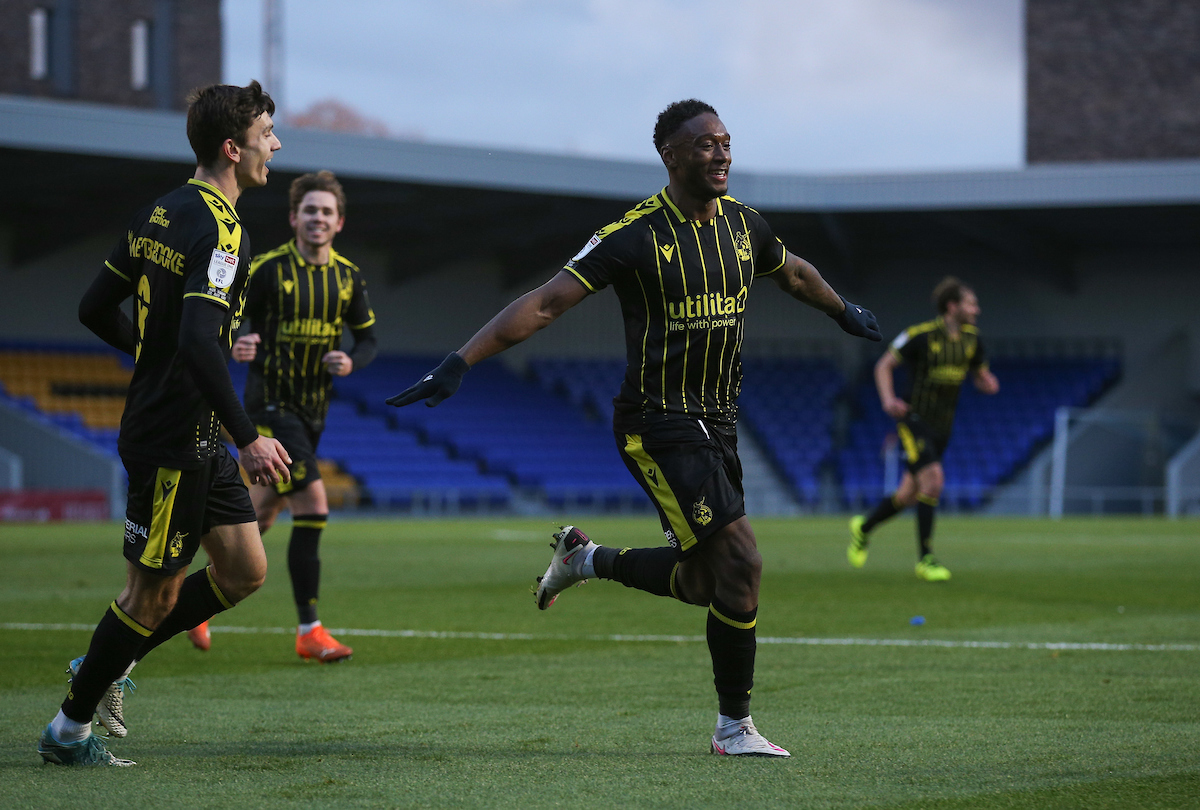 Wimbledon threatened soon after the restart, with a looped ball escaping the control of two Wimbledon forwards, with neither able to control in close proximity to Jaakkola's goal.

Rovers' first effort on goal came through the ever-threatening Erhun Oztumer as he reacted quickly to control a half-clearance from the Dons. He touched wide and lifted a strike narrowly over the bar from the edge of the box.

Longman cut in away from Baldwin on the 55th minute but caused no trouble for Jaakkola in goal as his curled shot nestled comfortably in the Fin's gloves.

From there, the Gas assumed control of the game for a decent period, holding possession in attacking positions with real style. Oztumer sent Trueman diving again at the end of a great passing move, driving a low strike wide right. 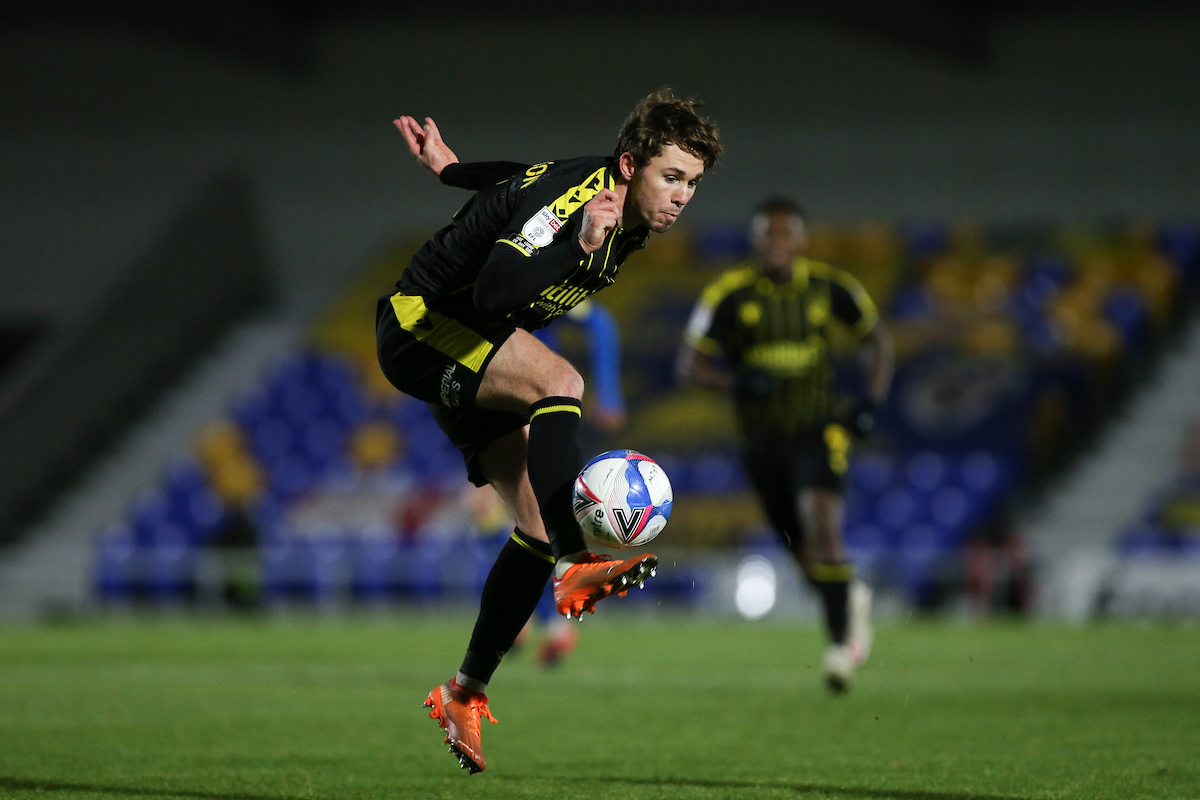 This pause in play from Oztumer's misfire allowed Wimbledon to make a triple change, with Chislett, Seddon and McLoughlin coming on for Alexander, Csoka and Guiness-Walker.

Shortly after, the Gas took a strangle hold on mattes at Plough Lane. A deflected cross saw Oztumer react quickest, flicking a neat header back towards Nicholson in acres of space around the 6-yard area. The Scotsman made no mistake with the goal at his mercy, diverting his header into the net from close-range.

Looking to respond, McLoughlin drove a low left-footed effort wide of the right side from inside the box.

Sam Nicholson almost had his hat-trick before the 70th minute, as he pulled down a long ball with expert precision. His lovely touched allowed him to stab the ball to his right into a modicum of space. He struck low and hard towards the right corner, but a vital Dons deflection took it narrowly past the post.

Jaakkola was forced into a superb reflex shot with 10 minutes remaining as a strong pull back from the byline struck the onrushing McLoughlin. The Wimbledon substitute didn't know much about it and neither did Jaakkola, who reacted well to strongly palm the effort away. 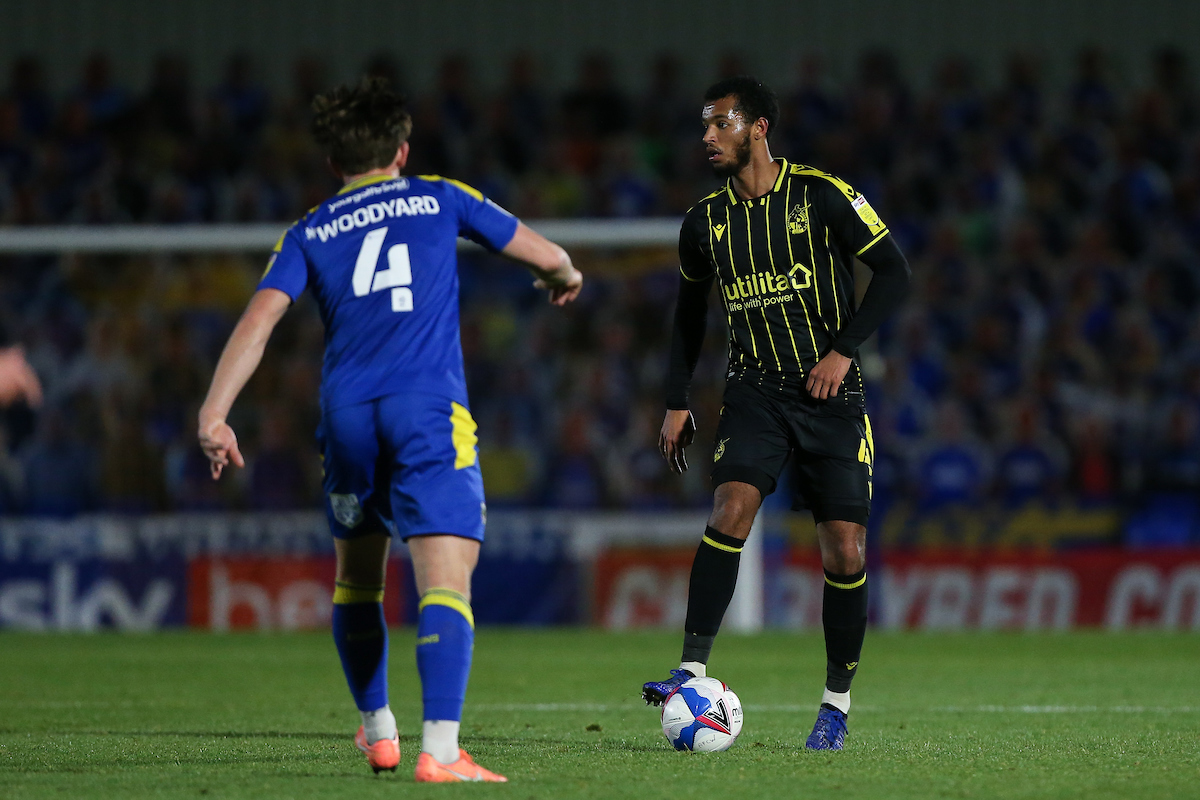 With 5 minutes to go, Kilgour went down following his part in shielding the ball back to Jaakkola, he received treatment for a few minutes, before being deemed fit enough to carry on. The stoppage contributed towards the four minutes added on at the conclusion of the game.

In added time, Oztumer forced a good save from Trueman as Hanlan laid him in on the right side, he struck from the sharp angle at the near post but saw the shot beaten clear. 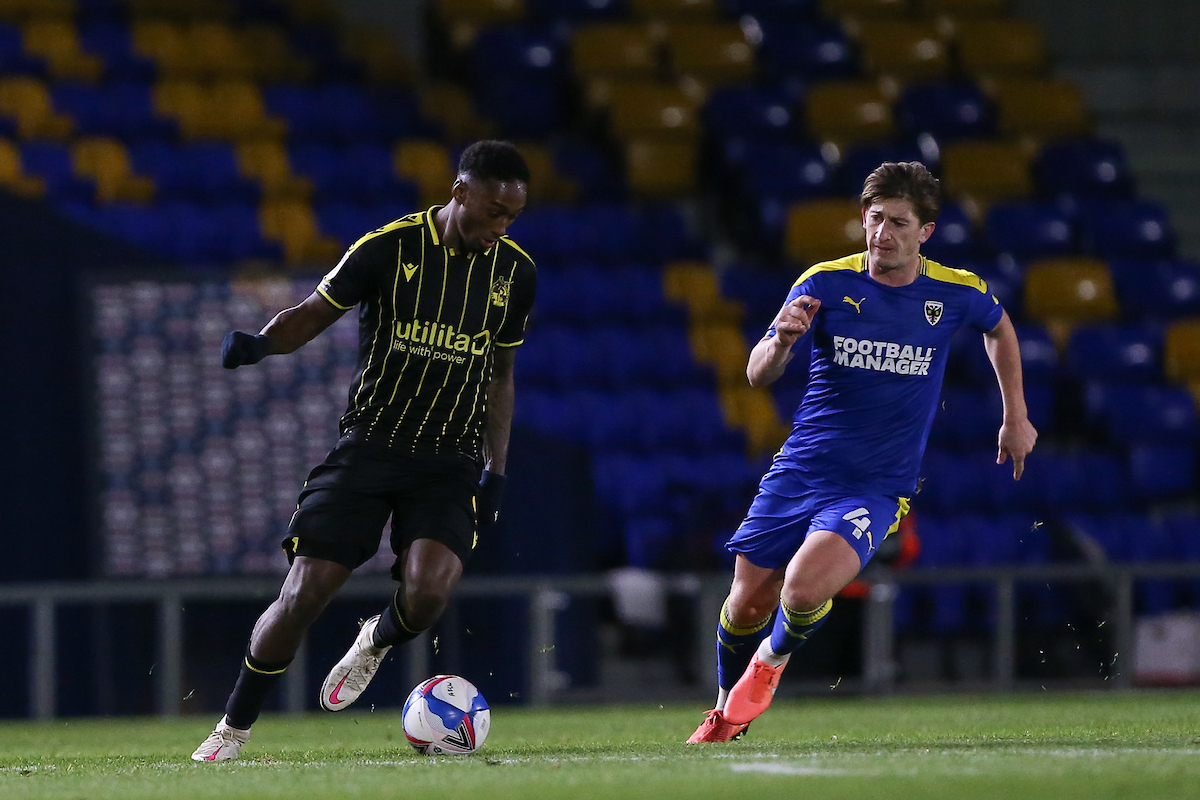 Tisdale's side saw things out from there to secure his first League win as Rovers manager.

Rovers return to Lonon to face Leyton Orient on Tuesday in the Papa John's Trophy looking to secure back-to-back wins and progression in the competition.