Vadaine Oliver’s brace was the difference between the two sides.

Oliver’s lobbed effort on the stroke of the half-hour put the Gills ahead, in what had been a fairly even and entertaining first-half.

Sam Nicholson crafted three useful openings for the Gas in the first forty-five minutes, with the winger carrying a constant threat for the home side.

Oztumer went close with a long-range effort at the start of the second half, as Rovers raised the tempo in search of the equaliser.

It was Gillingham who grabbed the all-important second goal of the evening, as Oliver headed home from close-range in the 75th minute, as the Gills took all three points on offer.

Ahead of kick-off, Ed Upson and Brandon Hanlan were reintroduced to the starting XI by Manager Paul Tisdale, with Hanlan, Hare and Ehmer a trio of former Gills players in the Rovers line-up.

Gillingham themselves made three changes for the encounter, Tom O'Connor, Scott Robertson and John Akinde all starting for Steve Evans’ side.

In goal for the Gills was Jack Bonham, a popular figure amongst the Rovers fan base following his loan spell at the Mem during the 2018/19 season.

There were four points and six places separating the teams ahead of 7pm, with Rovers looking to carry forward the impetus gained from a comprehensive win over Darlington in the Emirates FA Cup.

In a fairly high tempo opening ten minutes, it was the visitors who registered the game’s first opening. A snapshot from Vadaine Oliver from the edge of the Rovers penalty area rose sharply over the target, in what was an early sign of danger for the Gas. 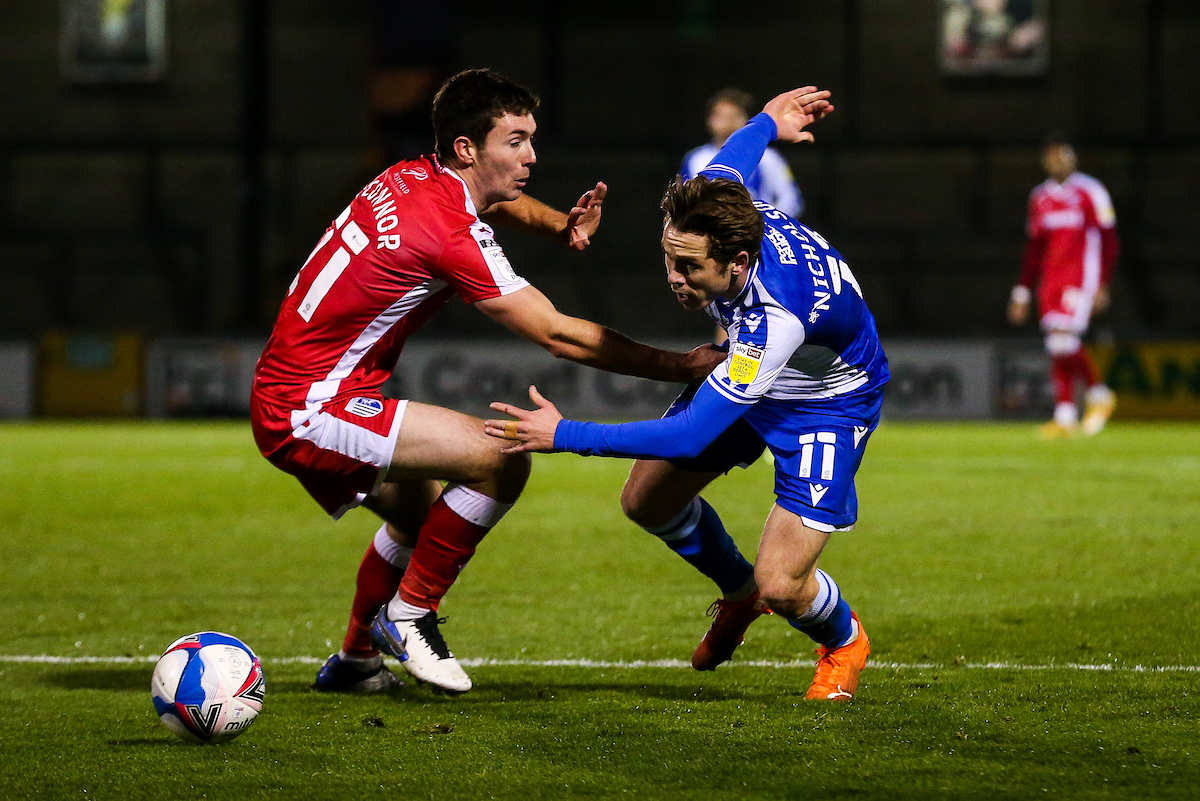 Gillingham showed an intent to move forward quickly on the break. A venture down the right from Robbie McKenzie saw the Gills man break deep into the Rovers area before a chipped cross to the far-post swung out of reach of the lurking Akinde, who was well monitored by the blue shirts inside the area.

Rovers had early opportunities of their own, as the game continued at an entertaining pace. A neat showing of both footwork and vision saw Luke McCormick find Brandon Hanlan with a useful delivery. The Rovers forward showed good strength to hold the ball up and was able to cushion a pass into the path of Sam Nicholson. The winger jinxed his way towards the edge of the box and shifted the ball onto to left foot before shaping a forceful effort narrowly wide.

Chances were exchanged at both ends, with Jaakkola called into action to show a safe pair of hands to an effort from Kyle Dempsey that was on target but lacked the power and direction to provide a stern test for the Rovers ‘keeper.

Nicholson was keen to run at the Gillingham defence at every opportunity. A neat through ball from Oztumer picked out the winger in a central position and with a quick change of direction, Nicholson managed to open a shooting avenue from inside the area, but couldn’t keep his effort down to force Bonham into making the save. 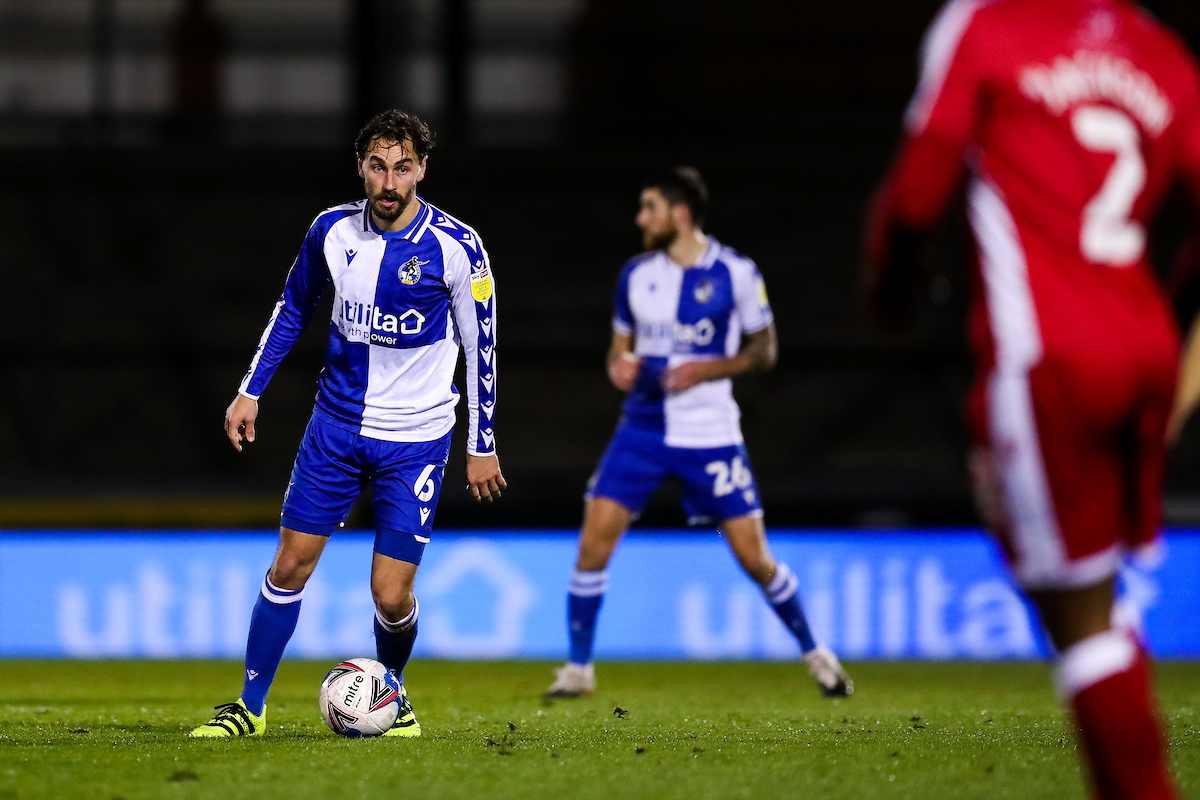 The winger, who looked lively throughout the first half, had a further opportunity moments later, again creating space for himself to shoot, this time from 25-yards out, only for his effort to fizz wide of the upright.

The deadlock was undone by Steve Evans’ side just before the half-hour stage. Jack Tucker’s long-ball forward swung between Baldwin and Ehmer, with the direction and height of the delivering proving tricky for the duo to clear. Vadaine Oliver refined his run to split the pair to meet the path of the ball and he lifted a first-time finish over the advancing Jaakkola to open the scoring.

A goal behind and looking to restore parity to the scoreline before the interval, Rovers were limited in chances as the first-half neared its conclusion. 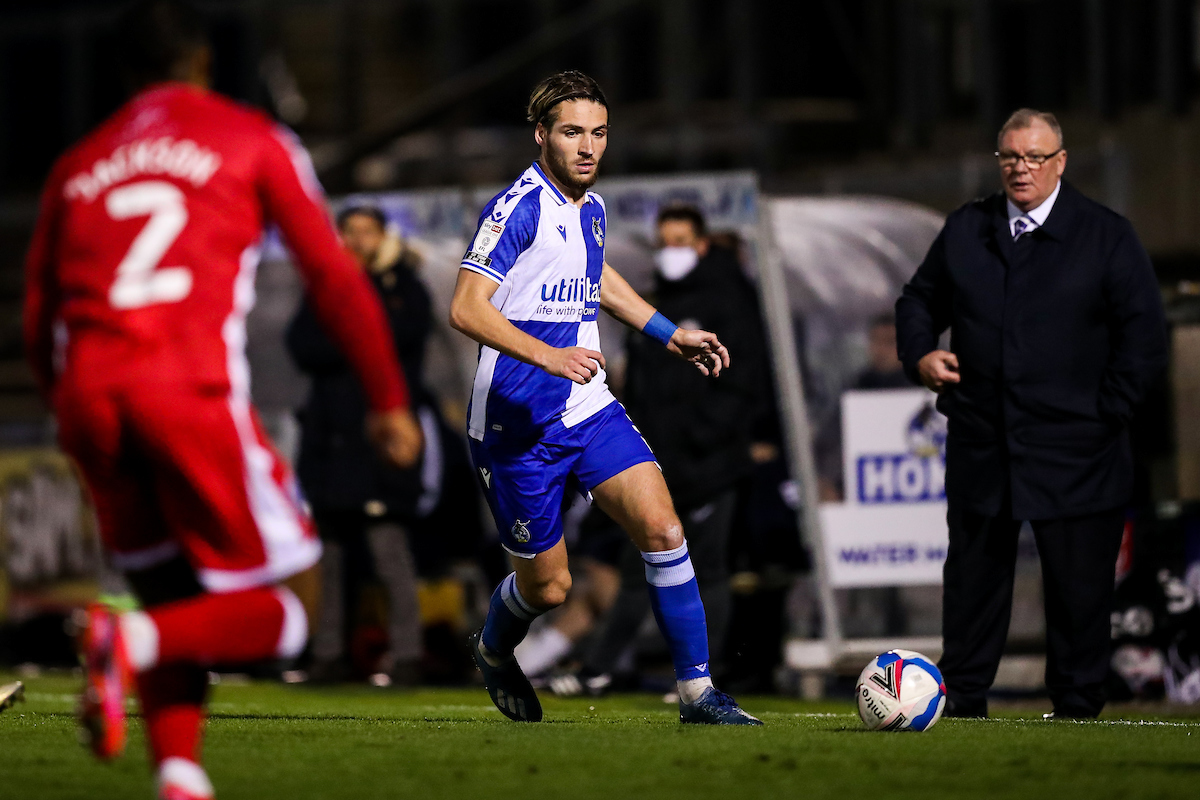 After good moment through the middle of the pitch, the ball found its way out wide to Josh Hare, who had edged forward into a handy position down the right. A trademark cross from the former Gills man looked destined for a faint touch, but a header from Ogilvie cleared the cross behind for a corner.

At the break, Alfie Kilgour was introduced, replacing Luke McCormick, who looked to be carrying a slight knock. The Gas tweaked shape to an attacking three at the back system, with the wingbacks pushed right on.

Rovers looked energetic in the spell of the game that proceeded the interval. An effort from Oztumer from well outside the area required a diving stop from Jack Bonham at full stretch to tip the goal-bound attempt wide.

Plausible chances kept coming for Rovers, as Brandon Hanlan tracked Luke Leahy’s cross into the area and glanced a delicate narrowly wide of goal. The effort had Bonham concerned, as the goalkeeper dashed across his goal line to make certain the effort was heading wide.

Gillingham were almost handed a second goal in what would have been harsh circumstances. A lofted ball into the Rovers area was chased by Hare, who’s headed clearance clattered into Max Ehmer. The deflection took the ball into the path of the unmarked Vadaine Oliver, who poked home a finish from yards out that was stifled by Jaakkola, in what was grateful let off for the Gas. 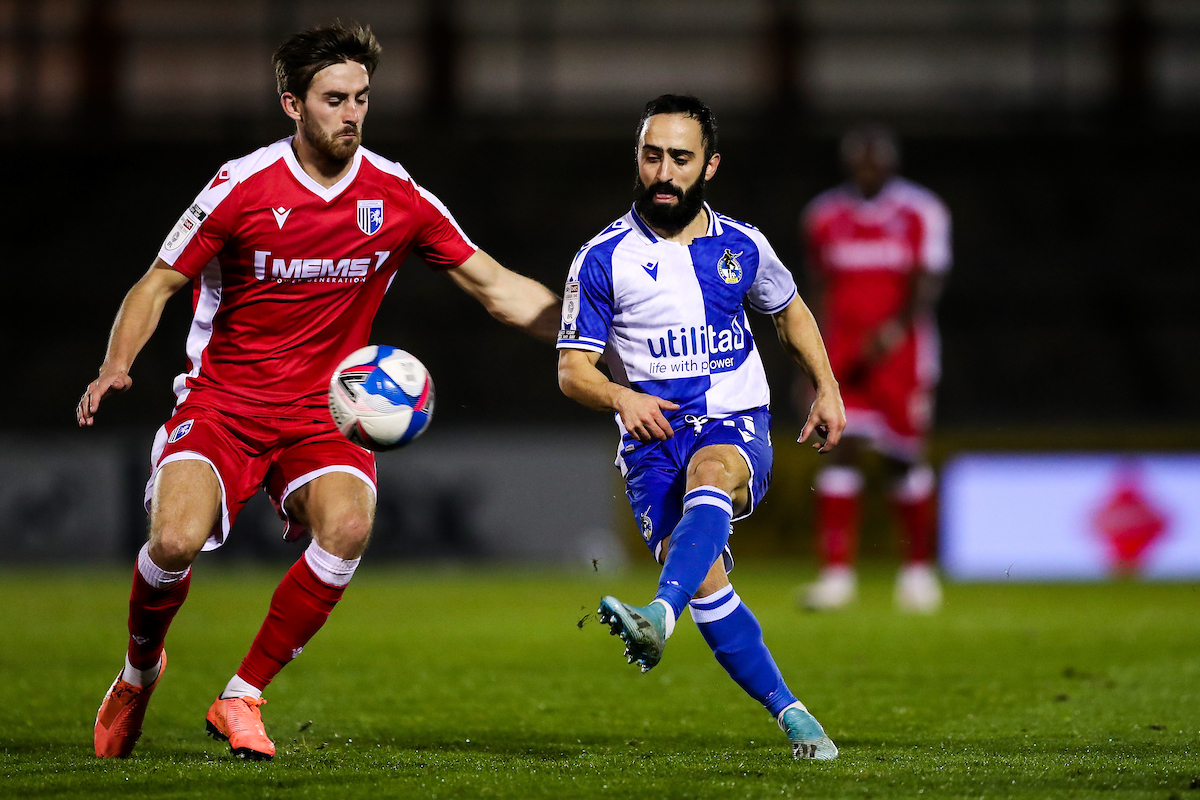 Koiki almost had an instant impact, as the wing-back was picked out with a useful ball over the top from Oztumer. A heavy touch from the defender prevented him aiming a shot towards goal, with the looping deflection almost falling for Hanlan to muster a header towards the target.

With just fifteen minutes remaining, the away side doubled their advantage. Kyle Dempsey broke down the right and carved out an inviting delivery across the face of goal that was dispatched by Oliver for his second goal at the far post, with the forward powering home a close-range header from yards out.

Focused on preserving their two-goal lead and a clean sheet, the away side camped men behind the ball for the remainder of the contest, with Rovers enjoying the majority of the ball, but unable to force a way through the Gills defence.

Rovers head to South London on Saturday, to face AFC Wimbledon in Sky Bet League One.