The Rovers U18’s exit the FA Youth Cup at the First Round stage, losing out 3-2 to Camberley at the Mem.

Rovers went ahead early doors, as Harvey Greenslade’s excellent header put the Gas in front in the tie.

Two goals from Camberley without reply turned the contest on its head, the pick of the strikes being Keane Anderson’s spectacular free-kick, with the away side going ahead in the encounter midway through the opening 45 minutes.

A long-range strike from Joe Budd with a little over ten minutes remaining before half-time restored balance to the scoreline, as the sides headed into the break level.

A second-half penalty from Alex MacAllister, his second goal of the game, proved to be deciding goal in the 70th minute. 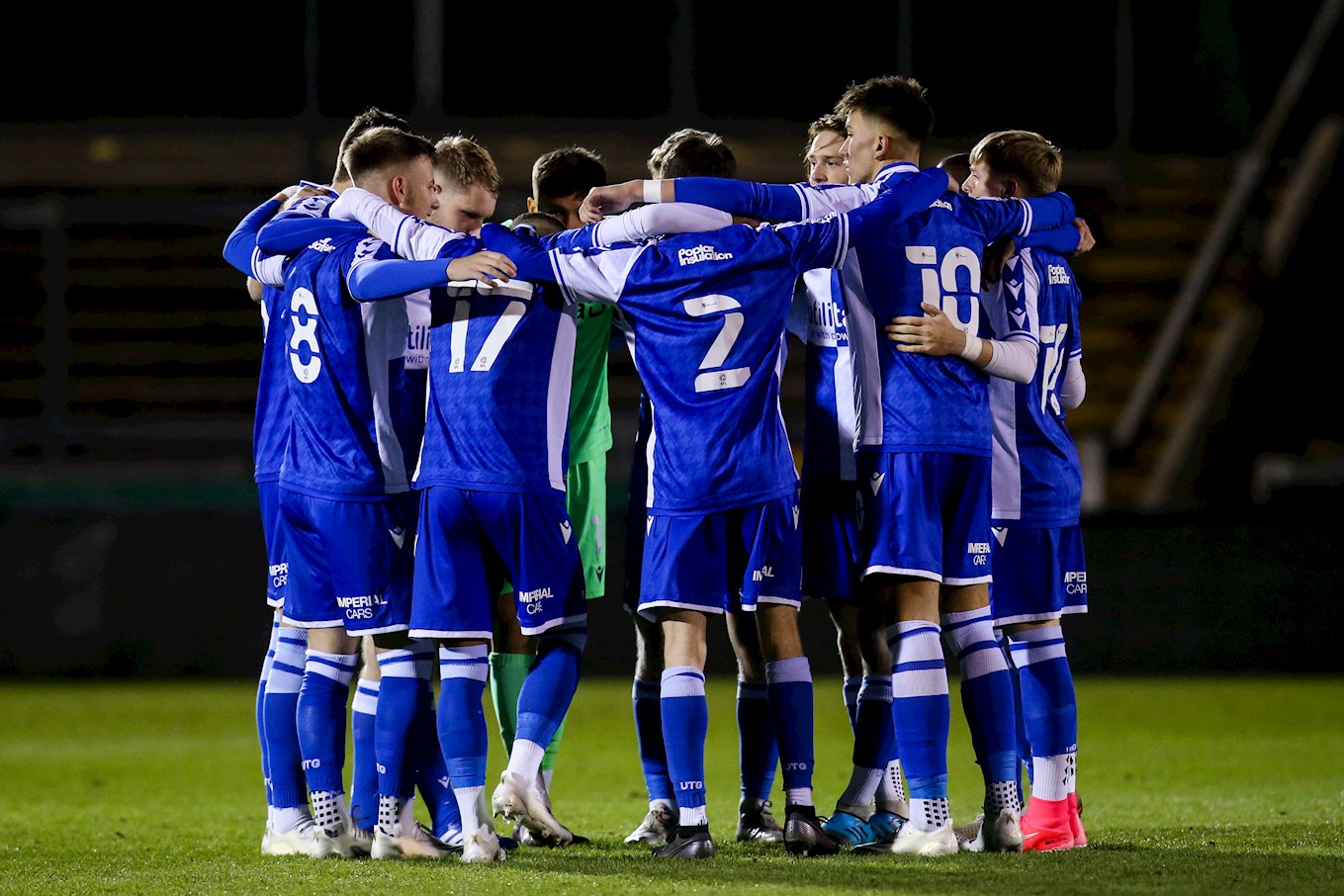 Rovers enjoyed the perfect start to the First Round tie, taking the lead in the 11th minute. Owen Brain’s free-kick into the Camberley area was met by Harvey Greenslade, who powered home a pinpoint header to put the Gas ahead.

The advantage for Rovers was short-lived, as minutes later the visitors drew back level. The equalising goal came in impressive fashion, as Keane Anderson took aim from a set-piece 25-yards out and found the target with a thunderous strike.

Back on level terms, it was the hosts that took a foothold in the game. Camberley took the lead as a cross from the right was headed onto the crossbar by Alex MacAllister, who stayed alert to tap home the rebound from just yards out.

Rovers needed a path back into the game and got exactly that on 34 minutes, courtesy of Sam Heal. The left-back adventured down the left and clutched the opportunity to aim for goal from all of 25-yards, with his well-struck effort taking a deflection on route to goal.

With a dramatic first half coming to a close, Jed Ward was called into action to make a late stop to ensure the scoreline remained level at the interval. A set-piece for the away side found Jordan Marsh inside the area, as the defender guided a lofted header towards goal that Ward tracked to tip over attempt over the crossbar. 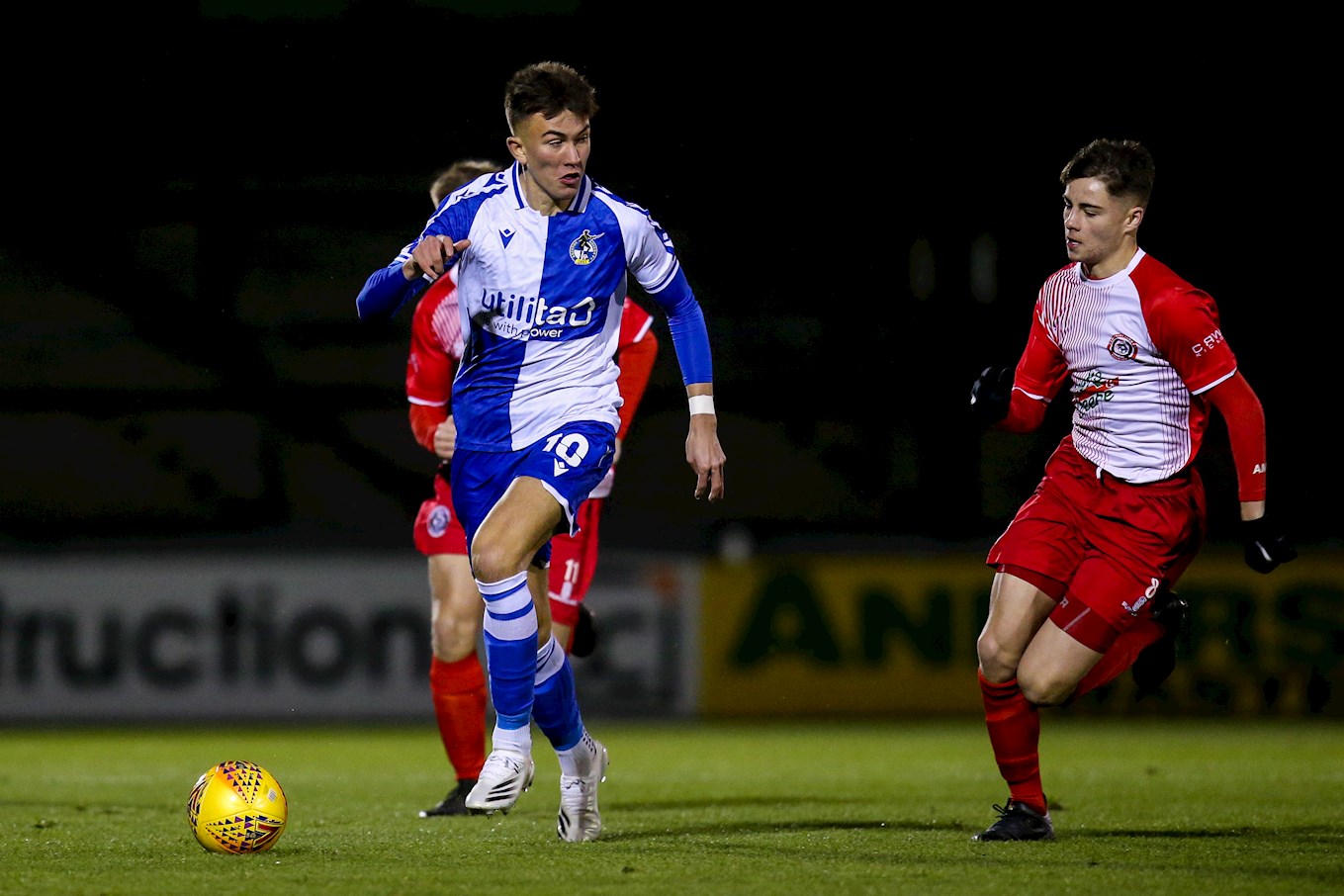 The early stages of the second half didn’t have the same level as goalmouth action that we enjoyed in the opening forty-five minutes.

On the stroke of the hour, Jed Ward was called upon to make an important stop. On this occasion, the Rovers ‘keeper showed impressive reactions to tip a close-range effort from Archie Mills over the crossbar.

With the clock edging closer to 90 minutes, the tie became more tentative and cagey. With less than twenty minutes remaining, Camberley were awarded a penalty as Leo Spicer went to ground in the penalty area. MacAllister was tasked with taking the penalty and calmly slotted his low finish home to put the away side ahead once more, grabbing his second goal of the game.

MacAllister had the chance to complete his hat-trick as the final ten minutes approached, as the forward beat the offside trap and snuck in behind the Rovers back line. With just Ward to beat, the forward shifted his attempt wide.

Rovers applied late pressure, but couldn’t fashion any late opportunities to level the game late on, with the scoreline remaining 3-2 in favour of the away side. 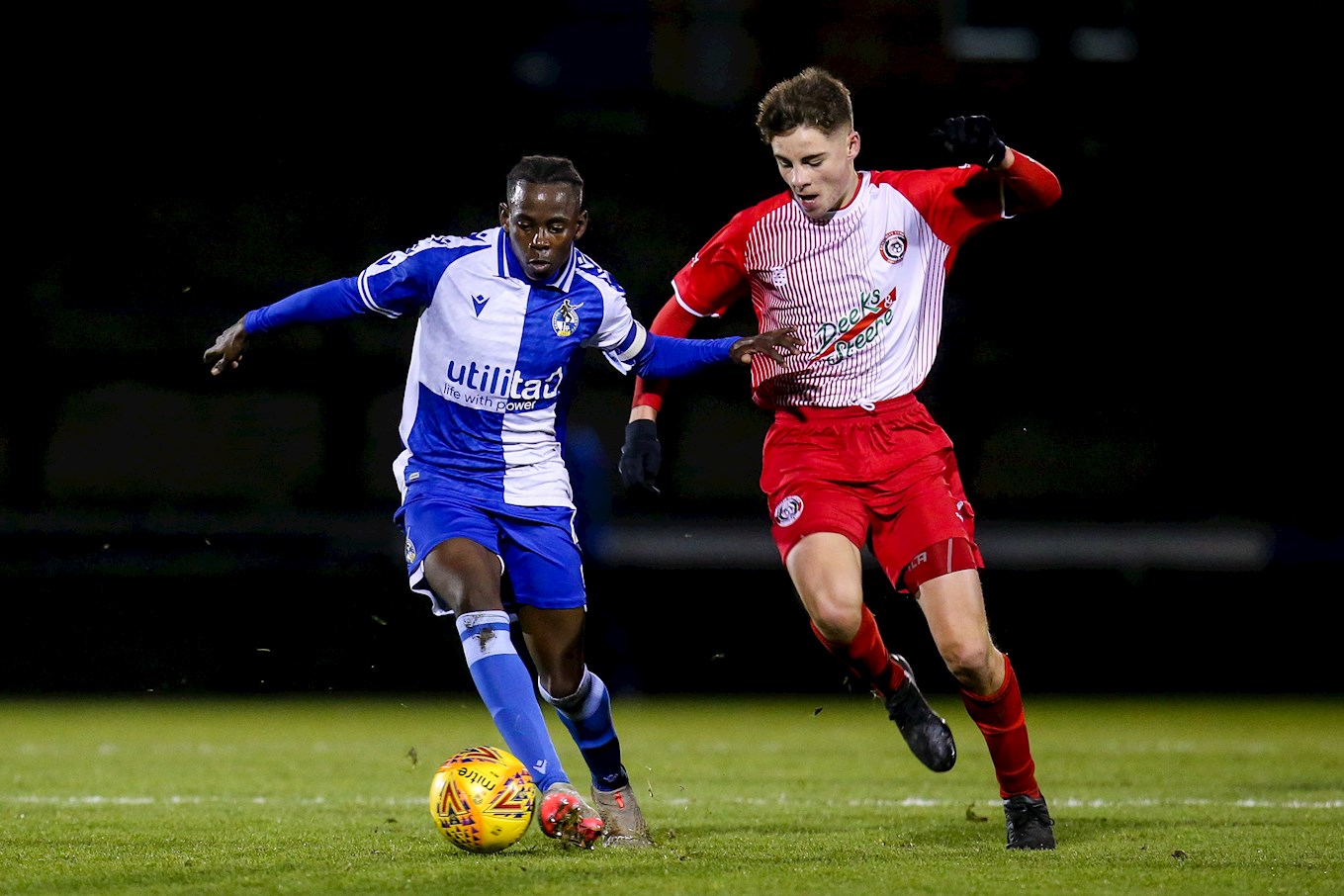