The Gas ran out 2-1 winners in their second match of pre-season...

Rovers started brightly and were rewarded with an early goal in the first attack of the game.

It was a cross from the right that caused the damage, as a tempting delivery from Alex Rodman stretched across the area, with Cam Hargreaves nodding on a close-range header. The delivery continued through the congested area, where a reaction finish from Jayden Mitchell-Lawen steered the ball home.

The first-half had a lively tempo, with Rovers looking to work the ball forward with a disciplined approach to attacking play.

Anssi Jaakkola's relatively quiet first-half was disrupted as Jake Caprice advanced down the right and pulled back a cross into the area that was met by Ryan Bowman, who forced the Rovers 'keeper into a save down low with a forceful header.

In the closing stages of the half, Rovers had scope to extend their lead further, as once again Rodman found space down the right to chip temping cross to the far post that was very nearly headed home by Mitchell-Lawson. 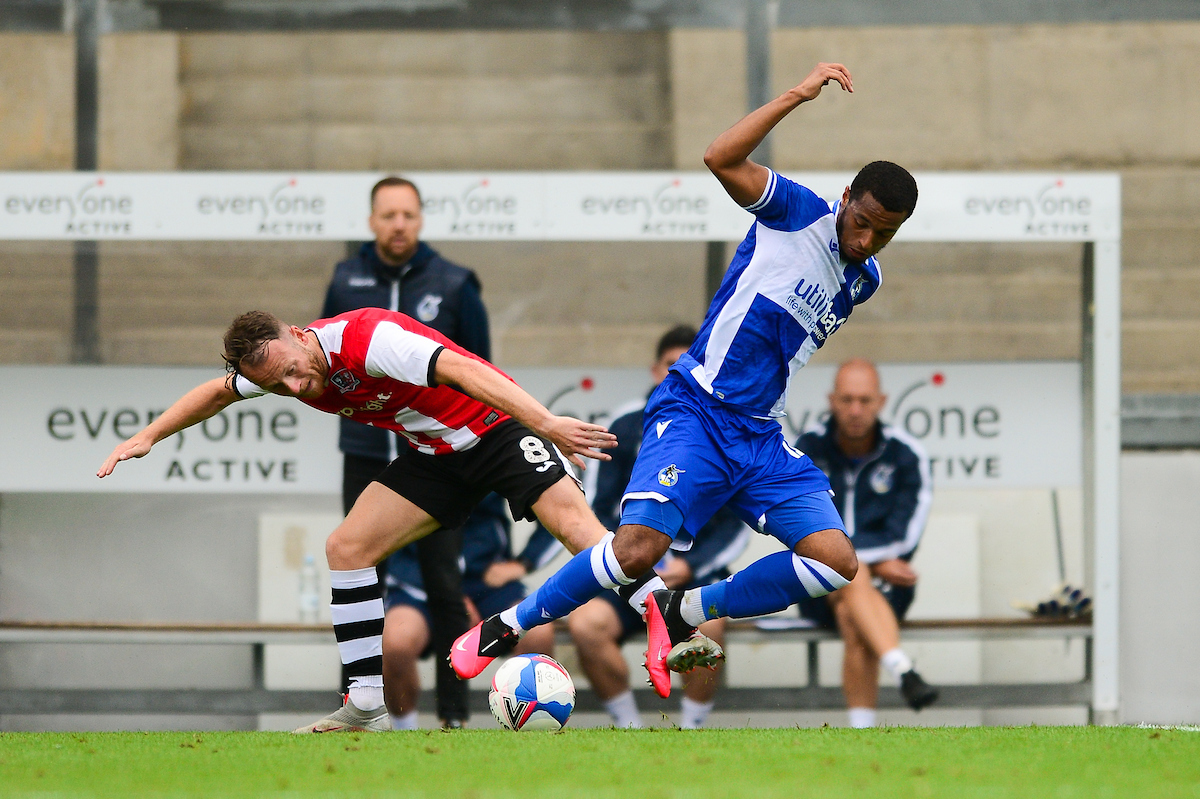 At the break, Rovers stuck with the majority of the same personnel that started the first-half, with just two changes - as Jayden Mitchell-Lawson and Zain Westbrooke made way for Sam Nicholson and a trialist.

Rovers started the second half brightly and doubled their advantage in the first few minutes after the break. It was Cameron Hargreaves that grabbed the Gas' second goal, with the youngster darting inside the area from out wide and stroking a measured finished beyond the Exeter 'keeper.

The two-goal advantage for Rovers was short-lived as the visitors were able to take advantage of deflected defensive header that bounced back off one his teammates and into the path of Tom Parkes, who darted a finish past Jaakkola to get Exeter City on the scoresheet.

Rovers made a host of changes on the hour mark, helping spread the playing time amongst the squad.

With a slim lead, Rovers still housed much of the attacking threat in the encounter.

Substitute James Daly tested the Exeter 'keeper with a powerful shot from the edge of the area that travelled through a number of bodies before reaching the target.

Moments later, the Gas were in again as the newly-introduced Walker neatly picked out Sam Nicholson on the left who struck from the angle towards the near post, seeing the 'keeper save well.

Late on, Van Stappershoef kept his side in the lead through a smart save, reacting well to spread himself in front of a bouncing Exeter effort, struck from the edge of the area.

The Gas saw the final few minutes out with no real incident, and claimed a second win of pre-season!