Rovers' pre-season preparations step up a gear with a 2-0 victory against Cheltenham Town.

Both sides had noticeable chances in the opening 45 minutes, as Jonah Ayunga came close for Rovers with an effort from range that crept narrowly wide of the target, with the home side glancing the crossbar through a well-struck Reuben Ried effort.

A goal came on the stroke of half-time by a trialist, who showed good composure to slot home from a Sam Nicholson through ball. The strike was enough to see Rovers head into the interval ahead.

Eight changes at the break meant that the majority of the squad gained a dose of match minutes, with Rovers extending their advantage with a Luke Leahy penalty in the second half to register a two-goal victory.

Rovers started with Anssi Jaakkola in goal, with a defence that included the likes of Alfie Kilgour, Cian Harries, Max Ehmer, Josh Hare and a trialist.

In most cases, pre-season is associated with the most glorious weather of the football calendar, with games usually kicking off throughout the sunny month of July. Not today, as a damp, mild day presented to the Gas when they arrived at the Jonny-Rocks Stadium.

The Gas enjoyed a bright start to proceedings and took a firm grip of the early possession stats. The majority of the play on the ball almost led to the game's first opening, as an inviting cross into the Cheltenham area from the evening's trialist swung to the feet of Jonah Ayunga, who narrowly missed out on the opportunity to take aim at goal as the ball got stuck under his feet.

Rovers spritely play continued, as moments later, Zain Westbrooke delivered a tempting cross from the right that reached Zain Walker. The youngster did well to hold off a defender to meet the cross at the near post, but his header lacked the power to test Josh Griffiths in the Cheltenham goal.

While chances were hard to come by as the half progressed, Josh Hare had a chance from a set-piece that was situated in almost the exact position to where he scored from against Newport County last week. The defender opted for the same style of free-kick, but in the blustery conditions, his effort drifted high of the target.

The home side's stand out chance of the first-half came as the half-hour mark approached and was somewhat against the run of play. A long-ball forward into the channel was chased down by the experienced Reuben Reid, who took advantage of the bouncing ball to fire a fierce volley towards goal that brushed the crossbar.

The pair of opportunities opened up the fixture, with both sides edging closer to registering the first goal of the contest. For Rovers, it was a neat turn from Ayunga that opened up a shooting opportunity, with the striker seeing his effort from range creep narrowly wide of the target. At the other end, Will Boyle steered a header from a corner just over the target, while a strike from Ben Tozer required the attention of Jaakkola, as the intensity of the game increased as the interval approached.

Just as it looked like the first-half would end goalless, Rovers broke the deadlock in the 45th minute. The goal came from a nice flowing move, which allowed Sam Nicholson to cut through the host's defence with a pinpoint through ball. The pass ran into the path of the evening's trialist, who managed to stay onside to latch on to the pass from Nicholson and calmly stroked home a low finish to put Rovers in front. 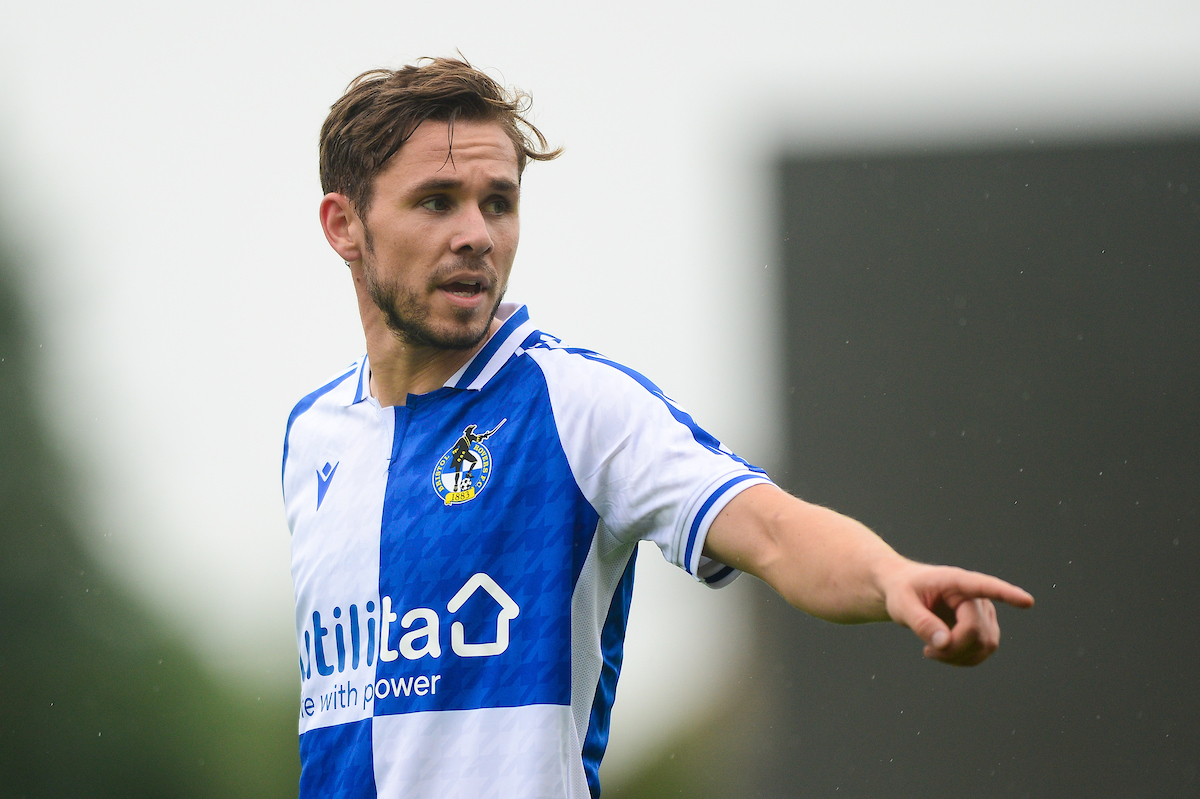 At the break, Rovers made eight changes in order to spread the game time throughout the squad, with only Josh Hare, Zain Westbrooke and Jonah Ayunga remaining from the eleven that started the game.

van Stappershoef was called into action fairly quickly after the break, with the Rovers substitute 'keeper alert to palm clear a low effort from Reid that looked destined for the target.

Rovers were quickly able to once again force a stop from Griffiths in the host's goal, as a well-directed free-kick from Zain Westbrooke had the Cheltenham 'keeper darting across his goalmouth to push away the set-piece.

On the hour, the trio of Westbrooke, Hare and Ayunga were replaced by Tomlinson, Mehew and Martinez.

With a little over twenty minutes to go in the fixture, Rovers were awarded a penalty to stretch their lead to a two-goal advantage. The spot-kick was won by Mitchell-Lawson, who showed a good turn of pace to race in behind the Cheltenham back line, before being tripped inside the penalty area when making adjustments to shoot. Luke Leahy stood confidently to take the penalty that followed and dispatched a powerful finish into the bottom right corner.

Inside the final ten minutes, Rovers managed the game in a relaxed manner, with little disruption to van Stappershoef's goal. There was time for a late chance for Ben Garner's side to add a third goal of the evening, as sharp turn and shot from Jayden Mitchell-Lawson bounced just wide of the upright.

Rovers' competitive schedule for the 2020/21 season begins with a trip to Ipswich Town, before the long journey to face Sunderland in Sky Bet League One action on Saturday, 12th September.