First-half goals from Jonson Clarke-Harris and a brace from Zain Walker set Rovers to an energetic start in a useful pre-season outing at The Creek.

Lucas Tomlinson added to the goal tally for Rovers in the second half, as Rovers marked the first milestone of pre-season with a comprehensive victory. 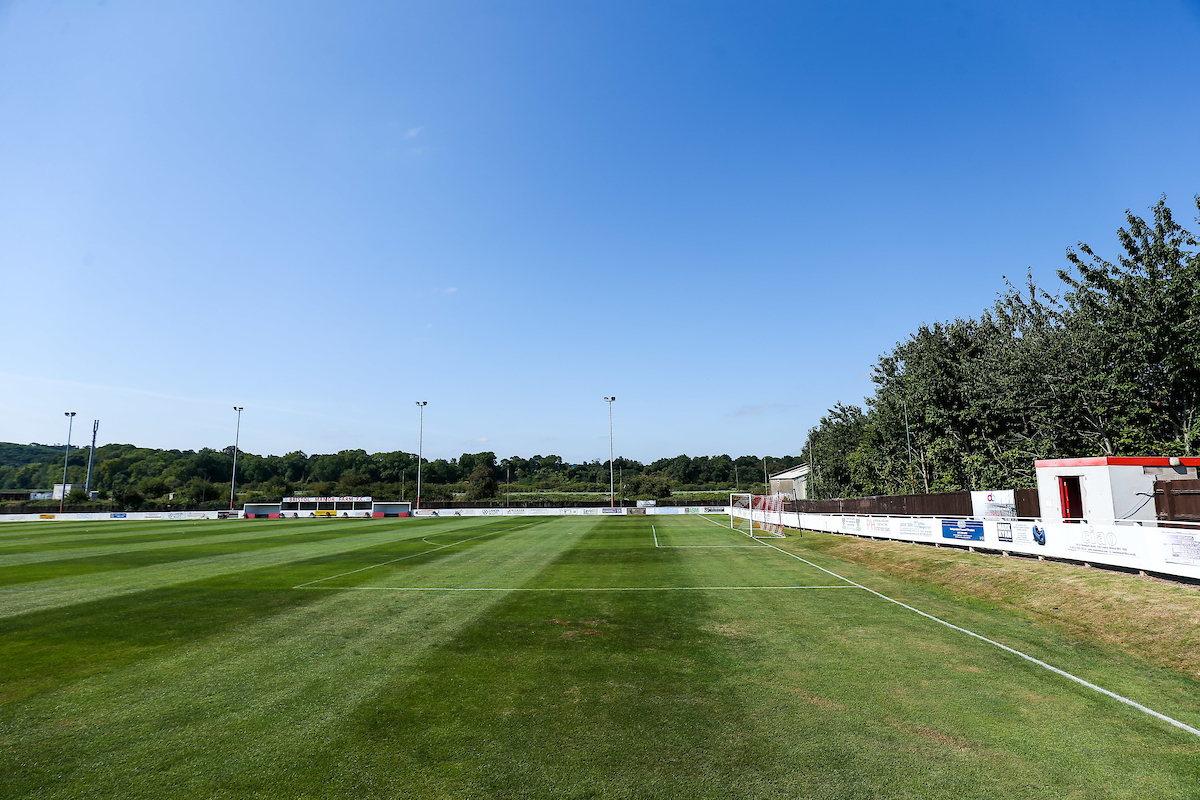 The first friendly of the pre-season schedule gave Manager Ben Garner the chance to see the summer signings in their first outings in the blue and white quarters, with five weeks to go until the scheduled start of the Sky Bet League One season.

For the first half, new additions Sam Nicholson and Max Ehmer were included in a starting XI that featured Anssi Jaakkola, Alfie Kilgour, Michael Kelly, Ed Upson, Jonson Clarke-Harris and Josh Hare. There were also chances to impress for youngsters Zain Walker and Tom Mehew in the opening 45 minutes.

Rovers started bright and looked to work possession inside the hosts half from the first whistle.

The positive play quickly created the games first chance, as a low set-piece from Sam Nicholson bounced across the congested goal mouth and had to be rushed clear at the far-post.

Rovers didn't have to wait long for another chance to present itself, as the combination of Zain Walker and Clarke-Harris cut a path through the Manor Farm backline. It was the Rovers number 9 that was set through one-on-one with the 'keeper, as JCH calmly rounded Ben John in the host's goal and slotted home the close-range finish.

Walker was lively throughout the first-half and got a reward for his work on the stroke of the 20-minute mark, as a sharp turn from the youngster opened up room for a shot on the edge of the area that he directed into the bottom corner.

In the heat at the Creek, Rovers controlled possession for the majority of the first half's proceedings and limited the home side to a single chance on goal, as Stuart Tovey ballooned a header off target.

As the closing stages of the half played out, Walker again found space to latch onto a through-ball from Tom Mehew, as the youngster grabbed his second goal with a measured finish over the advancing keeper to round off a stirring display. 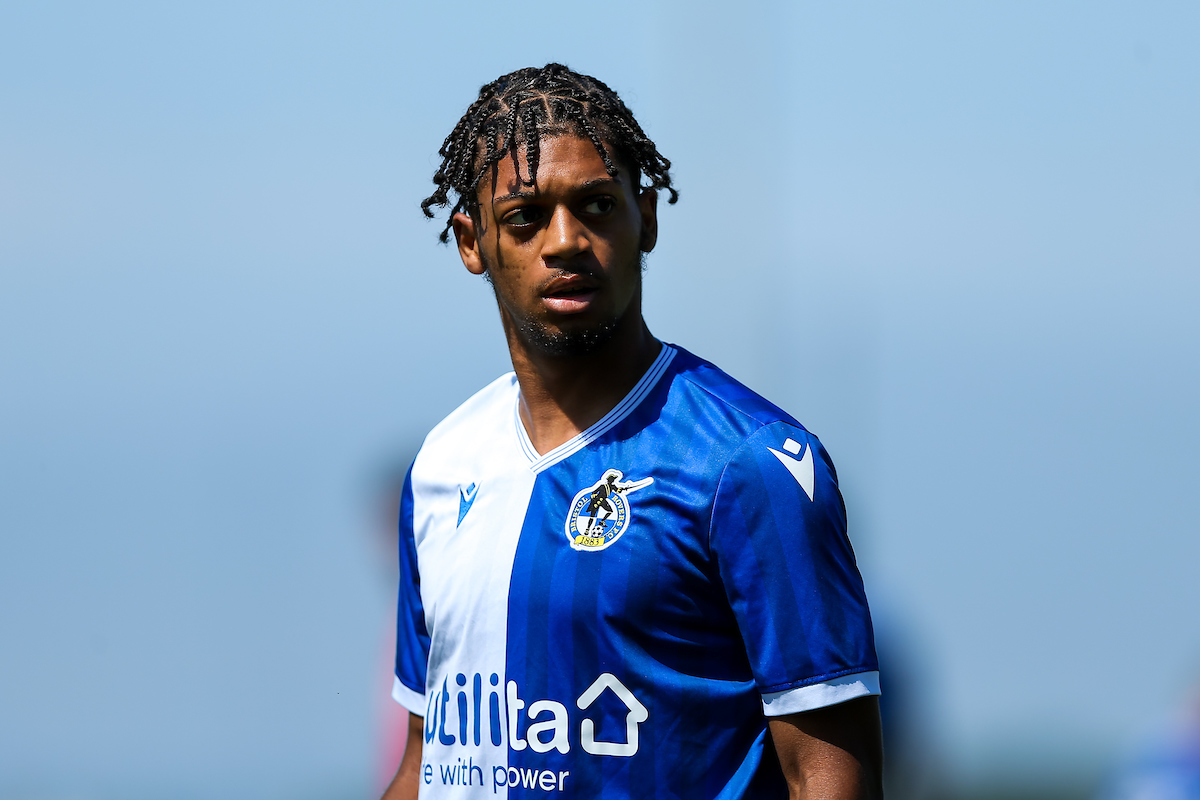 Rovers started the second half with an entirely different starting XI, as Jack Baldwin was drafted into a defence that included Cian Harries and Mark Little, with Jonah Ayunga tasked with leading the Rovers attack.

The Gas started the second half in the same trend as the first half, with positive attacking play creating a series of useful chances.

Both Lucas Tomlinson and Josh Barrett saw efforts on goal drift narrowly wide, as a speculative lobbed effort from Josh Barrett caught everyone by surprise, with the chance bouncing back off the crossbar.

As the half progressed, work down both wings proved to be a useful avenue for Rovers to create openings, as both Alex Rodman and Luke Leahy were able to glance deliveries into the penalty area towards the direction of Jonah Ayunga. It was last-ditch defending by the home side that denied the forward a clear-cut opening on goal, but the steady flow of chances was a promising sign. 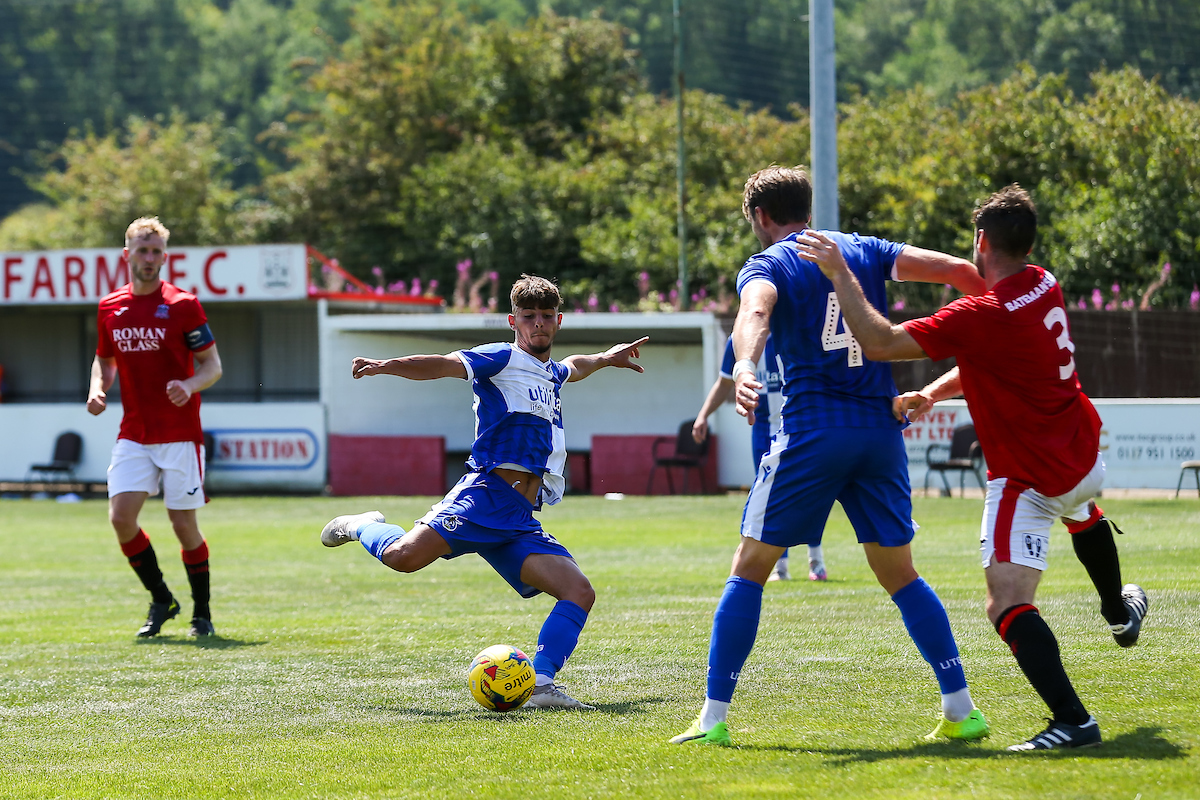 The quantity of the chances paved the way for Rovers' fourth goal of the game, which came as the hour mark passed. It was a looped cross to the far-post that started the move, as Alex Rodman worked space to cushion the high delivery into the feet of Lucas Tomlinson, who made no mistake in finding the target with a low volley that darted passed the 'keeper.

Rovers managed the closing stages with little threat on van Stappershoef's goal and had a late chance to make it a five-goal margin as Jonah Ayunga ran through on goal by saw his effort blocked by the swarm of covering defenders.