The draw to complete the make up of the groups for the EFL Trophy will take place on Tuesday, 18th August, live on Talk Sport Radio at approximately 1.30pm.

Rovers have been allocated into Group D of the Southern Section - alongside Oxford United and Walsall, with Tuesday's draw deciding the final member of the group, which will be one of the invited clubs listed below. 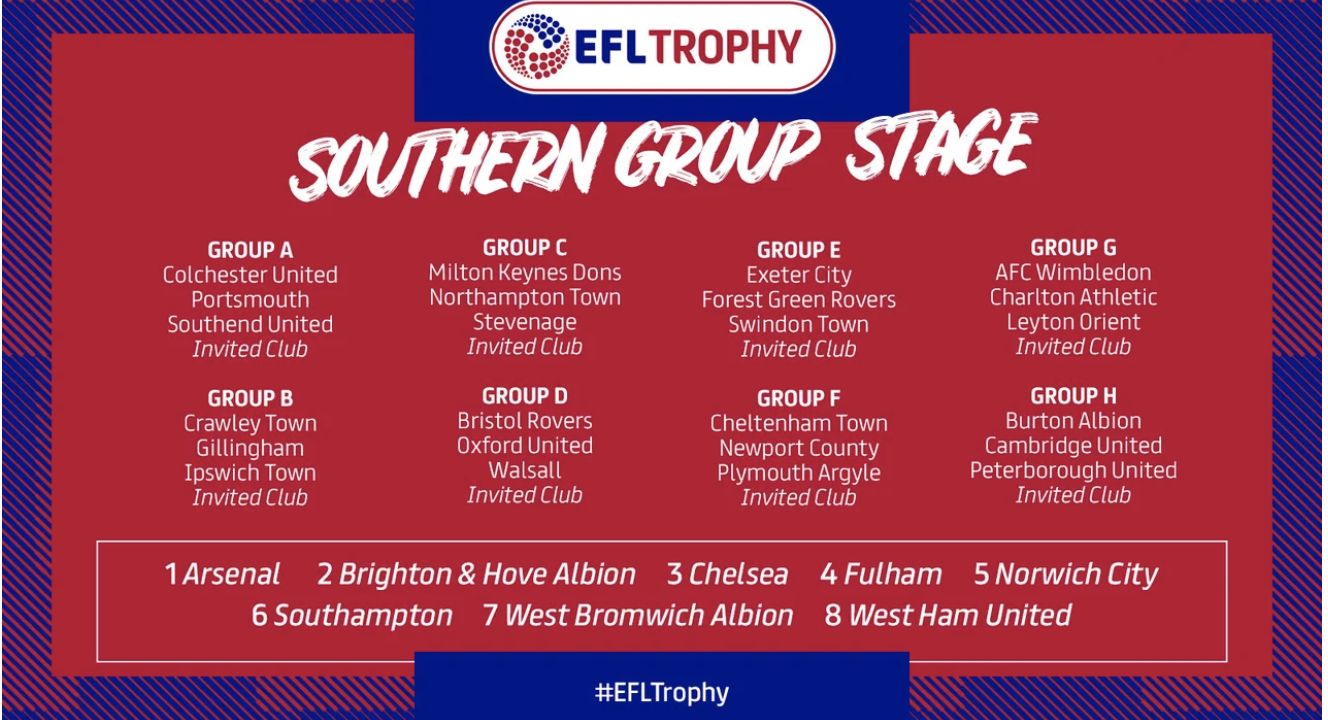