Former England Rugby international Duncan Bell is set to take the helm of the Gas as they take on local rivals Bristol City in Round One of the EFL FM Cup...

Bell has recently been celebrating his Football Manager success with the Gas via Twitter, taking his side up to the Championship, prompting the Club to get him involved in this tournament!

Recruited as 'Virtual Manager' for the Gas - Bell will be taking the reigns for the EFL Football Manager Cup, a knockout tournament pitching EFL clubs against each other on the 2020 version of popular football management simulator, Football Manager, with 54 clubs involved!

With many Football Manager fans hotly anticipating the first round draw for the competition, few could've predicted the Gas' opponents for the first phase, a home tie against cross-city neighbours Bristol City.

Speaking ahead of the game Duncan said: "I'm feeling incredibly nervous. To take on the Gaffer position of my local team is a Football Manager dream come true! Having played the game since I was a kid I like to think I'm confident in my ability as a manager but that's all out of the window tonight as the world is watching.

"First game in charge against our biggest rivals - straight in at the deep end. That said, all the pressure is really on Mikey and City. They're in a higher league and are favourites, our boys can play without any pressure. Training has been good all week and I've been teaching the boys how to scrum down and drive the lineout so I'm sure we'll be fine. No, wait......"

Rovers manager Ben Garner offered his support for his Football Manager counterpart, releasing a video message for Duncan in the build-up to the tie!

🗣️ The Gaffer had a short message for @duncanbell3 ahead of tonight's @EFL @FootballManager Cup clash!#BristolRovers pic.twitter.com/ZvA6TyjmZc

The game will be streamed live to the Gas' Twitch page, free to watch for all fans - details on this will be released on our Facebook and Twitter closer to kick-off. 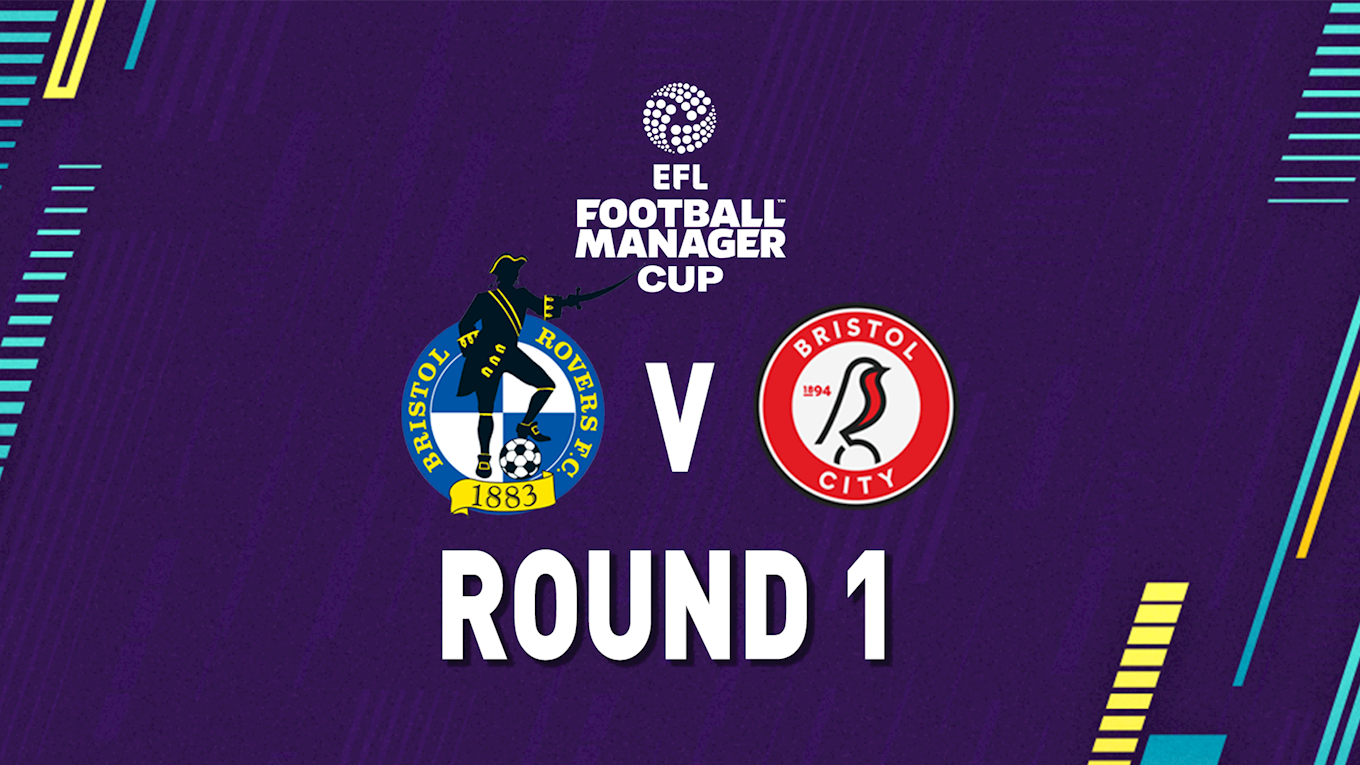 Football Manager have partnered with not just the EFL, but also their charity partner Mind, in running this tournament - and you can support the charity alongside the Gas in this virtual campaign. Over this period of uncertainty, their services are needed more than ever so if you're in the position to, please consider donating on this JustGiving page which will be open during the tournament.