The Gas took one point from their opening Leasing.com following a 1-1 draw with the Pilgrims, and a 5-3 penalty loss...

Tom Nichols' third goal of the season had Rovers ahead in the first-half, with the striker scoring with a close-range volley after a mishap from Alex Palmer in the Plymouth goal. The goal saw the forward register a goal in all the season's competitions to date.

The Pilgrims pegged the game back level just before half-time, with former Gas player Byron Moore tapping home from close-range after an effort from Sarcevic bounced back off the post.

In the second half, both sides had chances, Tom Nichols coming close Rovers with van Stappershoef making a fine stop to deny from George Cooper, as the game ended in a draw.

At the final whistle, a penalty shootout was waiting for both sides with the scores level, and it was Bennett's penalty, struck over the bar, that was the difference between the two teams, meaning Rovers took one point from their opening Leasing.com fixture.

For the tie, Rovers boss Graham Coughlan opted to name nine changes from the side that faced Burton on the weekend prior.

The headline change came in goal, as Jordi van Stappershoef was drafted in to make his Rovers debut, with Anssi Jaakkola away on international duty. 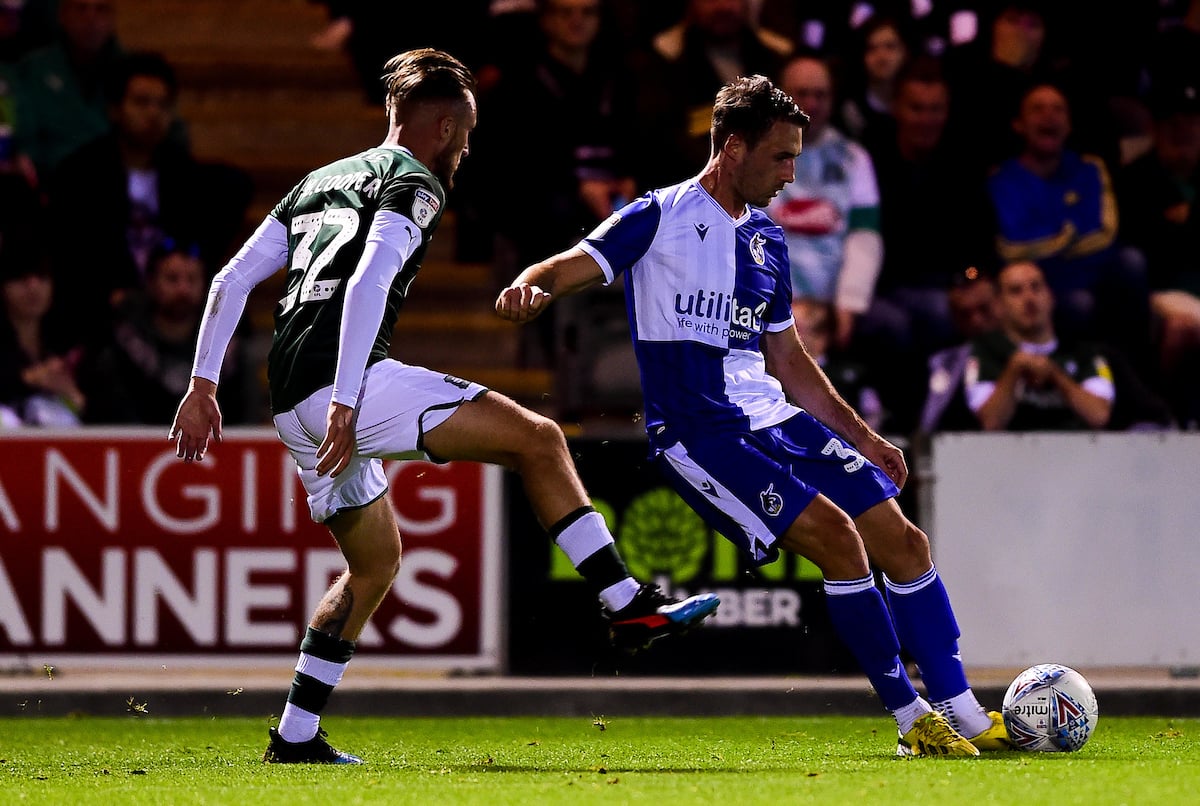 In the early stages, there was little to separate the teams. van Stappershoed was equal to a low effort that darted towards the Rovers goal from Jose Baxter, while at the other end, Tom Nichols cushioned a soft header towards the target that was dealt with comfortably by Palmer.

The first stages of the opening half progressed without much incident to note, but Rovers had a strong shout for a penalty dismissed as neat serious of passes from Kyle Bennett opened up a route into the Plymouth area. The winger squared a ball across to Nichols, who was bundled to the floor, but referee Keith Stroud was quick to wave away the appeals for a penalty.

Rovers did find the games opening goal, with a little over 15-minutes remaining in the first half. It was move down the right that instituted a counter for Rovers, with Rodman pilling a cross that had height and momentum. The delivery swung into the area, where Palmer fumbled his attempt to claim the cross, with Tom Nichols in the right place to volley home from close-range, the striker's third goal this season, coming in a third different competition.

The Gas looked set to go into the break ahead, but the home side struck back five minutes before the break. It was Sarcevic's cross that caused the danger, with the playmaker fizzing a shot across goal that bounced back off the post and into the path of former Rovers man, Byron Moore, who provided a first time finish to stroke the ball home.

Plymouth carved another opportunity before the half-time break, as Baxter's effort from the edge of penalty box took a number of deflections on route to goal, but van Stappershoef showed good reactions to claim the effort. 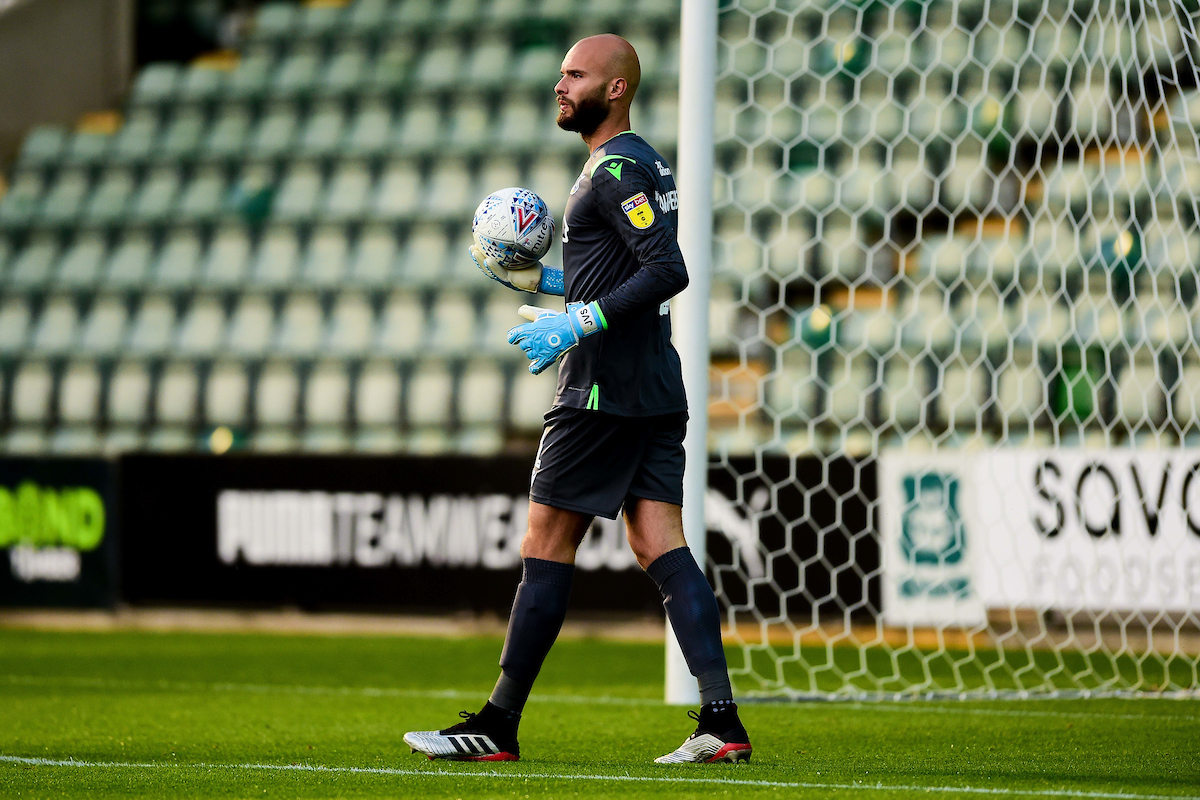 After the break, Rovers enjoyed a spell of pressure that created a handful of decent openings. Tom Nichols was played one-on-one with Palmer, but the Plymouth 'keeper spread his body well to scoop away the ball from the feet of the forward, just as the shot was about to come.

It was Nichols who had the next opportunity, just moments later. On this occasion, industrious work from Hargreaves set a crossing opportunity, with the youngster darting to the touchline to clip a ball back into the mix. The cross did fall at the far-stick for Nichols, who was caught in two minds, between heading and volleying, with the outcome being a scuffed effort that bobbled into Palmer's arms from yards out.

Rovers were very much in the driving seat and a steady flow of chances kept coming. On the ground where he scored in pre-season, Victor Adeboyejo came close with a sweetly struck effort from range that flew just high of goal.

With thirty-minutes left in the contest, there was a moment to remember for academy graduate, Luca Hoole, as the youngster made his debut, replacing Abu Ogogo on the hour.

In what was a relatively quiet debut for van Stappershoef, the goalkeeper did pull off an impressive stop to deny Khaidi Lolos, after the Plymouth man looked destined to force home a fierce volley from inside the area - but the Dutch 'keeper stood tall to push the effort wide.

There were chances for both sides as full time neared. Michael Kelly came close with a header at the far post, after the defender was able to meet a Rodman cross, but glanced his header wide of the target.

Plymouth had opportunities of their own, with van Starrpershoef producing a diving stop to tip away a shot from George Copper that was honing towards the far-corner.

In the final ten minutes, a floated cross from Bennett caused a host of problems for the home side. The delivery came to  Adeboyejo getting a faint touch and Palmer could only push the ball clear, but the ball didn't sit for substitute Smith to conjure an effort and the ball was rushed clear and away from danger, as the game ended in a draw.

There was an extra point on offer in a penalty shootout, which went to the hosts, as Bennett missed the Gas' opening penalty in the shootout to allow Plymouth the chance to capitalise and take away two points. They did, scoring all five of their shot-kicks, and beating Rovers.