Rovers picked up their first three points haul of the season on the road, with win over Lincoln City at Sincil Bank.

Jonson Clarke-Harris' cool and calm second-half penalty was enough for Graham Coughlan's side to take home all three points on offer.

The striker's fifth goal of the season from the spot came after Tom Nichols was fouled by Neal Eardley, with Rovers controlling the game well to take maximum points back down south. 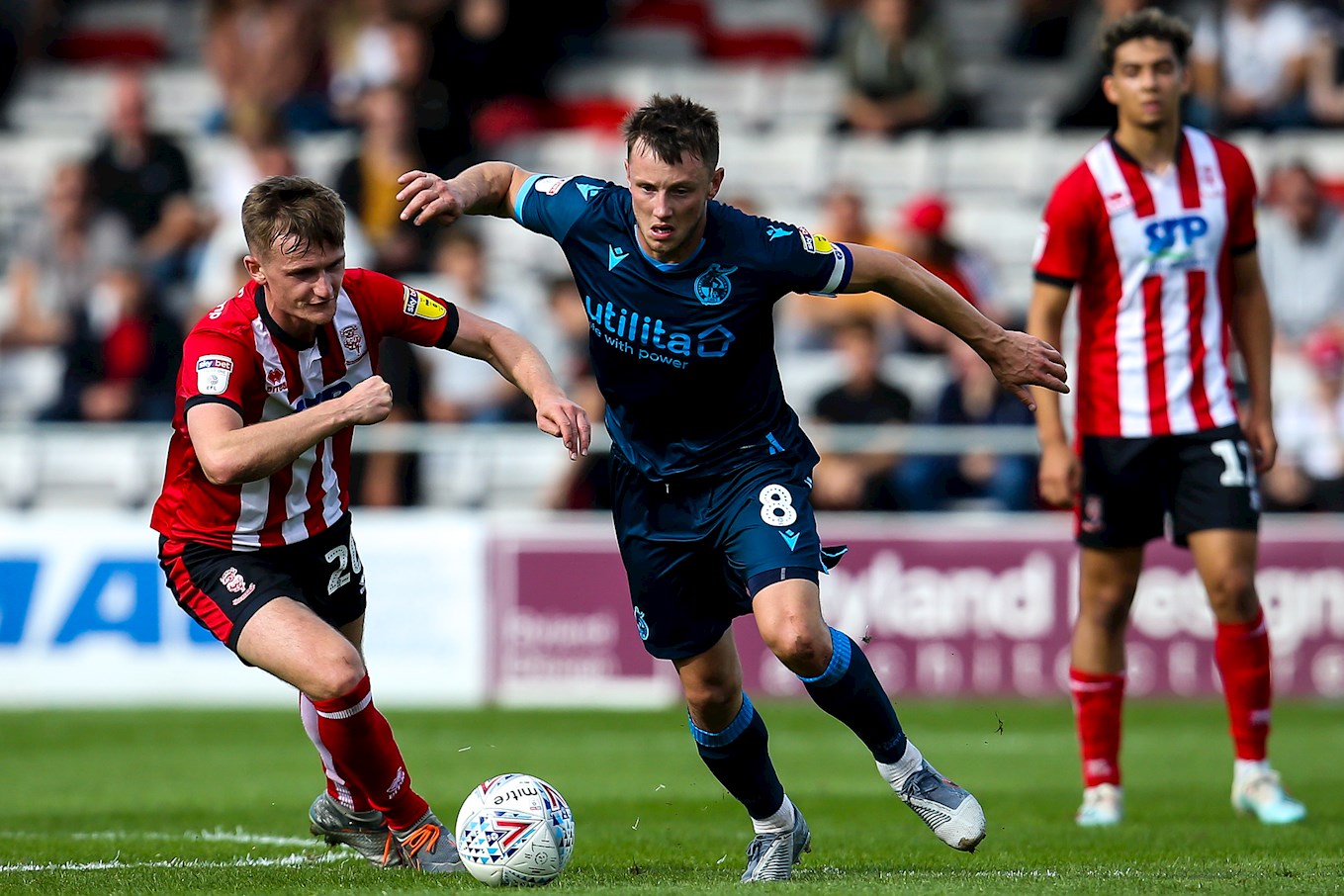 There were three changes on the teamsheet for Rovers' trip to Sincil Bank. Goalkeeper Anssi Jaakkola made an instant return to the starting XI, after his spell away on international duty. The other changes were the reintroduction of both Mark Little and Ed Upson to the line-up, as Josh Hare and Alex Rodman missed out. 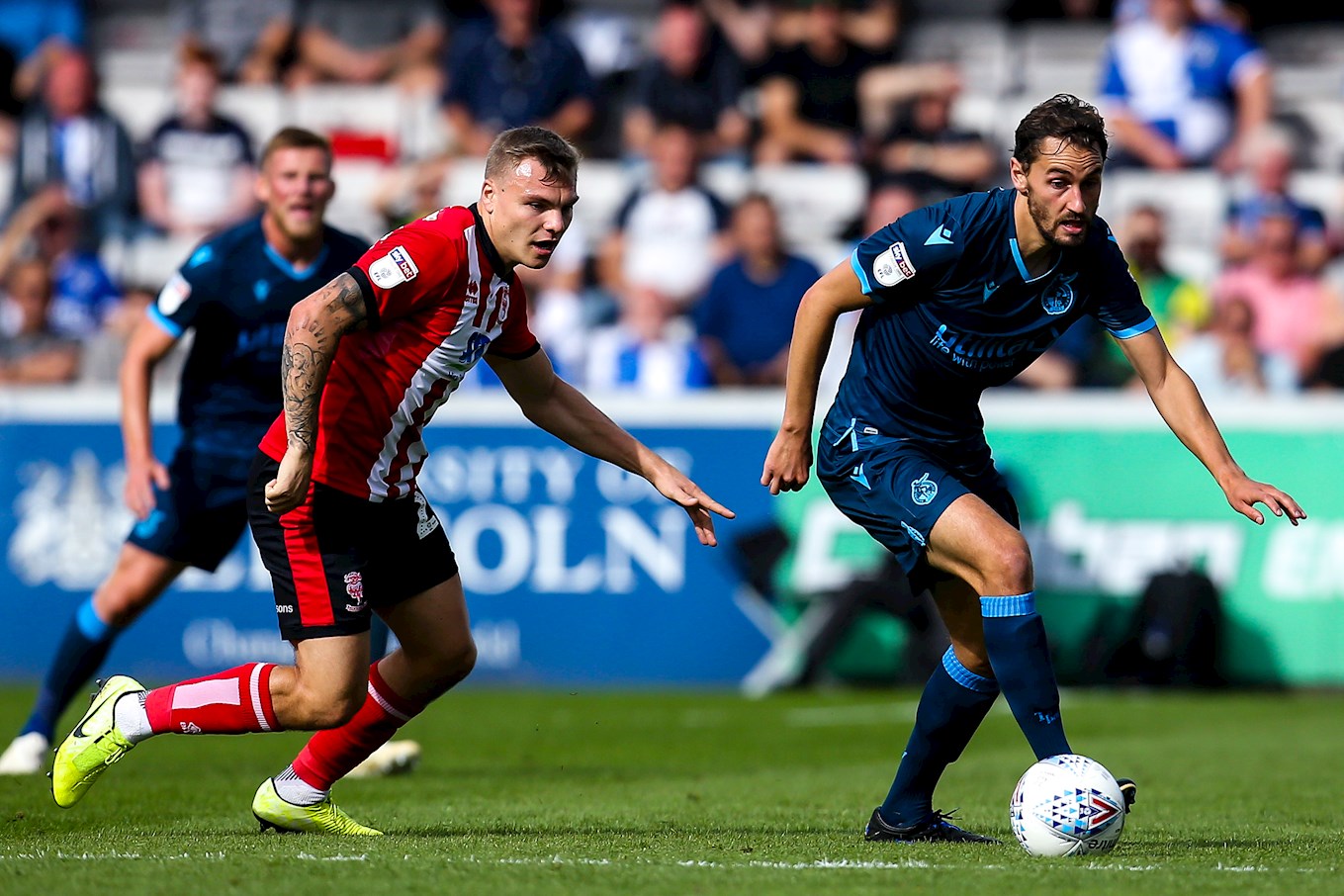 There was scare early on for Rovers, as a corner for the host led to scuffed shot towards goal from Bostwick clattered into Clarke-Harris, with vocal appeals for the home side for a penalty for handball, after the effort clattered off JCH's midriff.

It was a lively opening ten minutes, as Rovers mounted their first shot on target thanks to a set-piece from Luke Leahy. The left-back was tasked with taking the free-kick after Clarke-Harris was tripped just outside the box, but opting for a curling effort to the near post, the shot perhaps lacked the speed to test Vickers in the Lincoln goal.

The hosts created chances of their own, as Jaakkola was tested with a fierce effort from Jack Payne. The Rovers 'keeper was alert to push the effort wide and away from danger.

As the first half progressed, chances did become harder to grasp for both sides. Rovers forced a save out Vickers with a little over ten minutes remaining the half, as a perfectly weighted pass from Ed Upson flung in the path of Tom Nichols. The striker had managed to slip into a pocket of space to latch onto the delivery from Upson and opted to spring a header towards goal that required a fingertip stop from Vickers to tip the effort over the crossbar.

From the resulting corner, a well-worked routine from Rovers picked out Ollie Clarke in bags of space, but the eventual shot from the skipper climbed steeply over the crossbar.

Just prior to the break, the hosts were gifted an opportunity as a series of sliced clearances from Rovers led to Tyler Walker running in on goal. The Lincoln man raced inside the Rovers penalty area and shaped to curl an effort towards the far post, but fortunately, the shot swung wide of the target.

Rovers ended the first half on a postive note, as Ollie Clarke's effort from 20 yards out bobbled just wide of goal. There was also an opening for Luke Leahy to hit a close-range volley to register his first goal for the club, but the effort from the left-back was deflected behind for a corner.

The pace of the second half took a while to get going. Alfie Kilgour did well to head clear a dangerous cross from Bruno Andrade after the winger managed to cut deep to the byline and was offered the opportunity to dart a ball back across goal, but Kilgour positioning allowed the defender to glance a header clear.

Rovers crafted a chance after a phase on neat passes in midfield allowed Ollie Clarke to dink a cross that fell to Clarke-Harris. The striker bossed his marker in the air and was given the time to take the cross down, but the ball wouldn't sit for the striker to shoot at goal.

With half-hour remaining, the game did open into a more frantic encounter. Tony Craig made a number of vital headers in and around the Rovers area, as Neal Eardley smashed a set-piece over the target for the hosts.

The game roared into life as Rovers were awarded a penalty, as Tom Nichols was fouled in the box by Eardley. In front of the away end, Jonson Clarke-Harris was tasked with taking the spot-kick and calmly stroked his penalty into the bottom corner to put Rovers ahead. 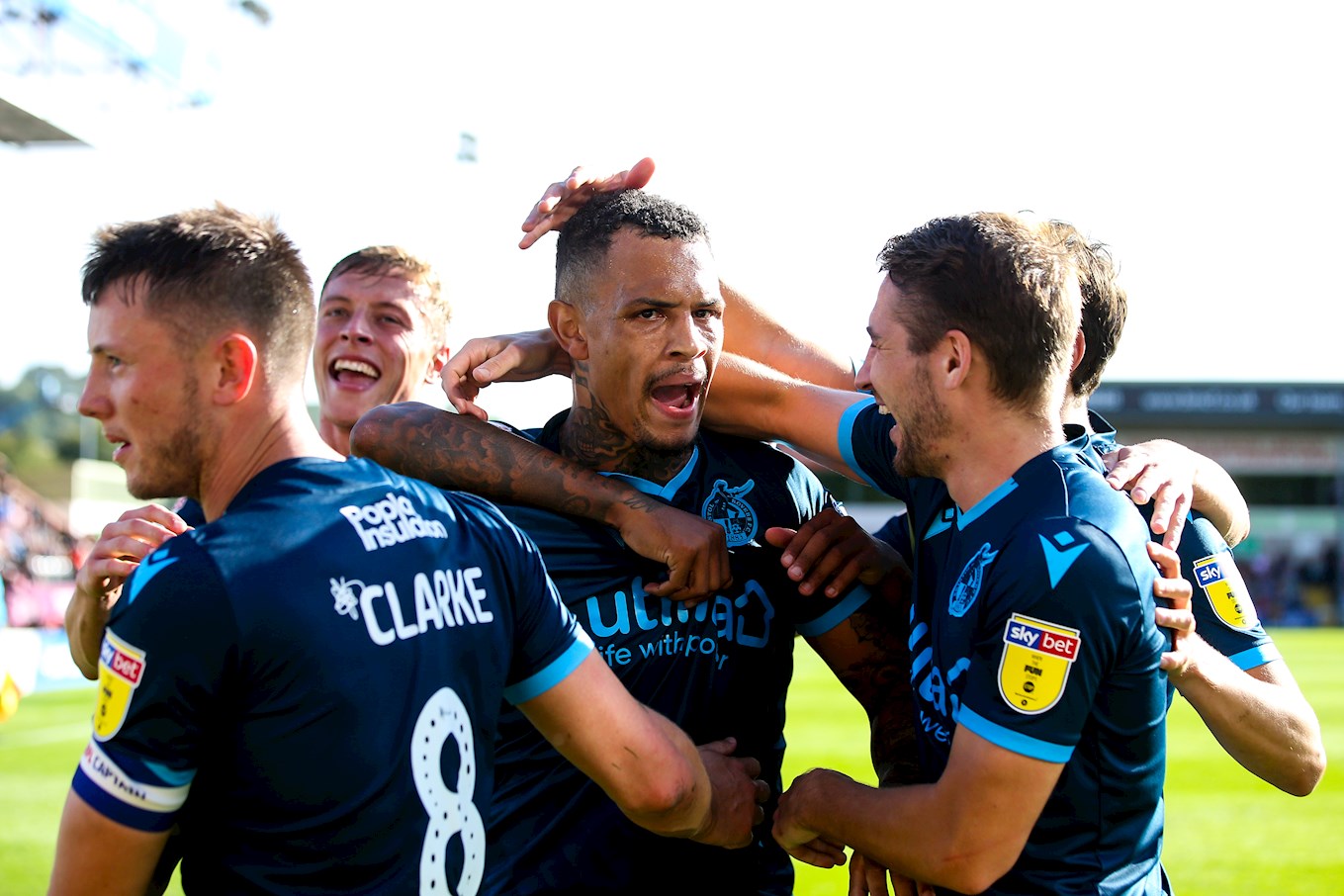 The remainder of the game was well managed by Rovers, who managed to limit Lincoln's to a select few opportunities on goal.

Tyler Smith saw a late opportunity deflected wide from a narrow angle, as Graham Coughlan's side held on to claim the three points.

Next up for Rovers is the visit of Gillingham to the Memorial Stadium on Tuesday evening.