Thomas O'Connor's late effort for Gillingham prevented Rovers from taking all three points from a game they should have put to bed long before the visitors were able to level.

The lively Tyler Smith drove The Gas into a half-time lead that they narrowly deserved, and then after the break Rovers stepped up their dominance – but failed to score a second goal, to their cost. 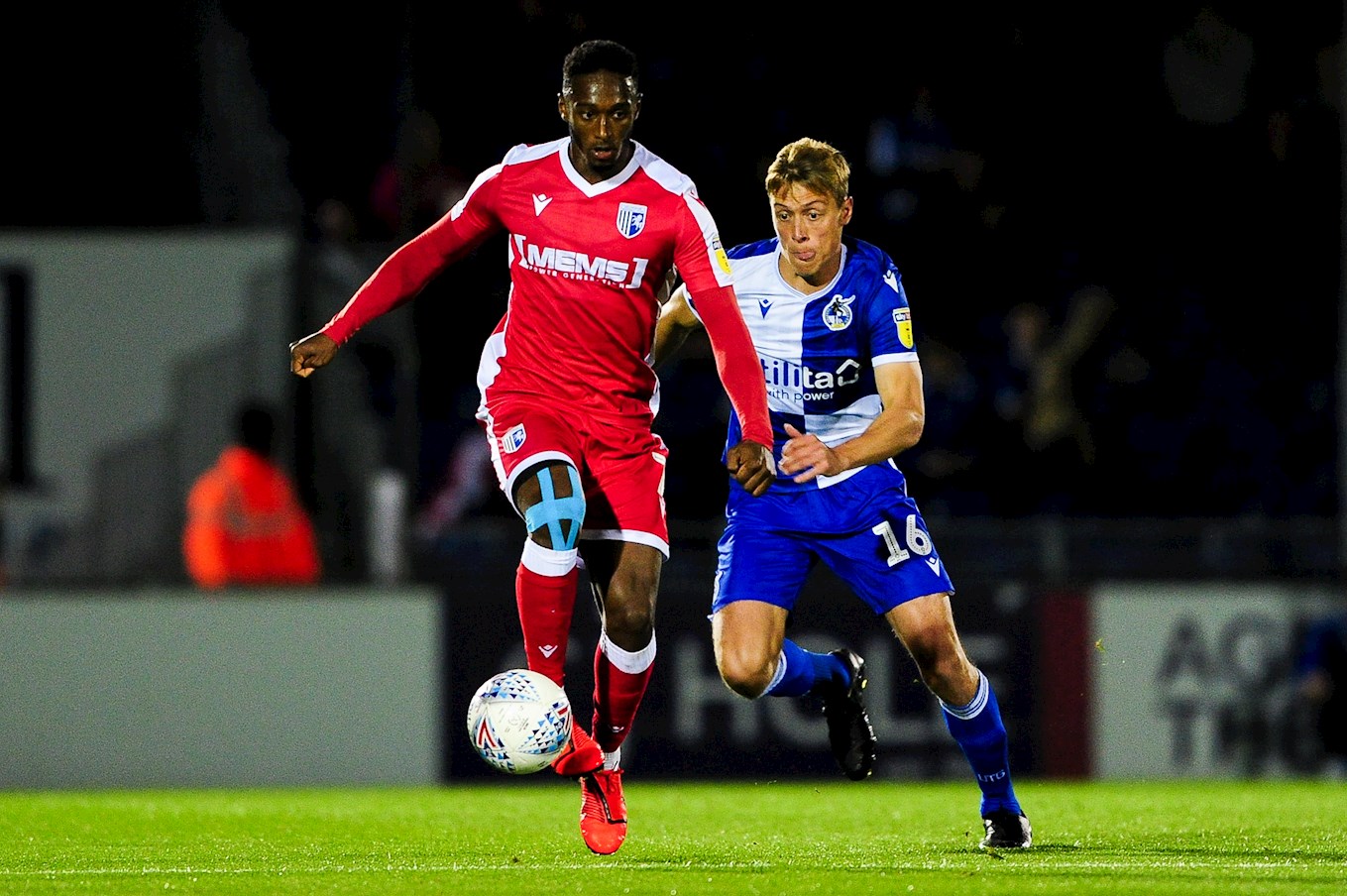 Graham Coughlan made two changes to the side that began Saturday’s first away win of the season, at Lincoln City. Tom Nichols and Mark Little returned to the bench, with Tyler Smith and Josh Hare restored to the team.
Gillingham included two of last season’s Pirates in their starting line-up. Jack Bonham, who kept goal for Rovers with great distinction last season whilst on-loan from Brentford, is now a Gillingham player. Alex Jakubiak, still a Watford player, is now being borrowed to the Gills, having been with us last term.
Bonham defended the Thatcher’s End in the first half, and got a nice reception in doing so. His first involvement was retreating across his area to pick-up an errant backpass, under pressure from Smith, who seemed to be running at double speed for the opening 10 minutes.
At the other end, Gillingham looked threatening from a long throw-in which ominously bounced in the penalty area, with Brandon Hanlon hovering. Eventually, Anssi Jaakkola gathered it.
Gillingham were forced into an early change, when number 12 Barry Fuller lasted the same amount of minutes as his jersey indicated. The former Wimbledon right back was replaced, like for like, by Jack Tucker.
A tightly-fought game was not yielding many moments for the highlights package. Tony Craig had to take a short break to get a nick to his head bandaged, and while he was off Connor Ogilvie’s header from a corner went not too far over the top, though Jaakkola did not look terribly troubled by its proximity.
Rovers’ first chance came seemingly out of nowhere. A lofted ball into the box looked made for Bonham to claim, but he hesitated, leaving Jonson Clarke-Harris the sudden favourite to get there first. He did, and flicked a header over the now-stranded Bonham, but Thomas O’Connor recovered to head off the line. Within 30 seconds Tom Davies pumped a ball back into the danger zone, from where Clarke-Harris headed wide.
Seven minutes before the half-time whistle, the Gas had the breakthrough, and it all came rather suddenly, and easily. A throw-in on the left from Luke Leahy found the feet of Clarke-Harris, whose run had attracted a defender to follow him. JCH returned the ball to Leahy, who played the ball into the gap that had been created, and now filled by Smith. Tyler was given time to collect and turn, and capitalised on this by advancing to the edge of the area and striking low past Bonham, who stood no chance.

After a free-kick shortly afterwards, which he claimed well, but fell awkwardly, Bonham received a bit of treatment, and was able to continue. In the three minutes of time added for this reason, a JCH flick-on just fell the wrong side of Smith, as Rover sought to press home their advantage.
Gillingham brought off their weekend goalscorer Mikael Ndjoli and replaced him with Mark Marshall. Shortly after the restart, Ollie Clarke pulled up and needed treatment, and although he continued, he soon had to give way to Liam Sercombe.
Although the scorer of the only goal to this point, Smith was perhaps more eye-catching for other matters. Twice early in the second half, he drew fouls, one to create a dangerous opportunity, the second running the ball for a while and taking pressure off his side.
Rovers had started the second half very brightly, and sought a second, with Kilgour whistling wide with a confident shot from distance, before Sercombe sliced wide after Clarke-Harris had flicked on Hare’s cross. 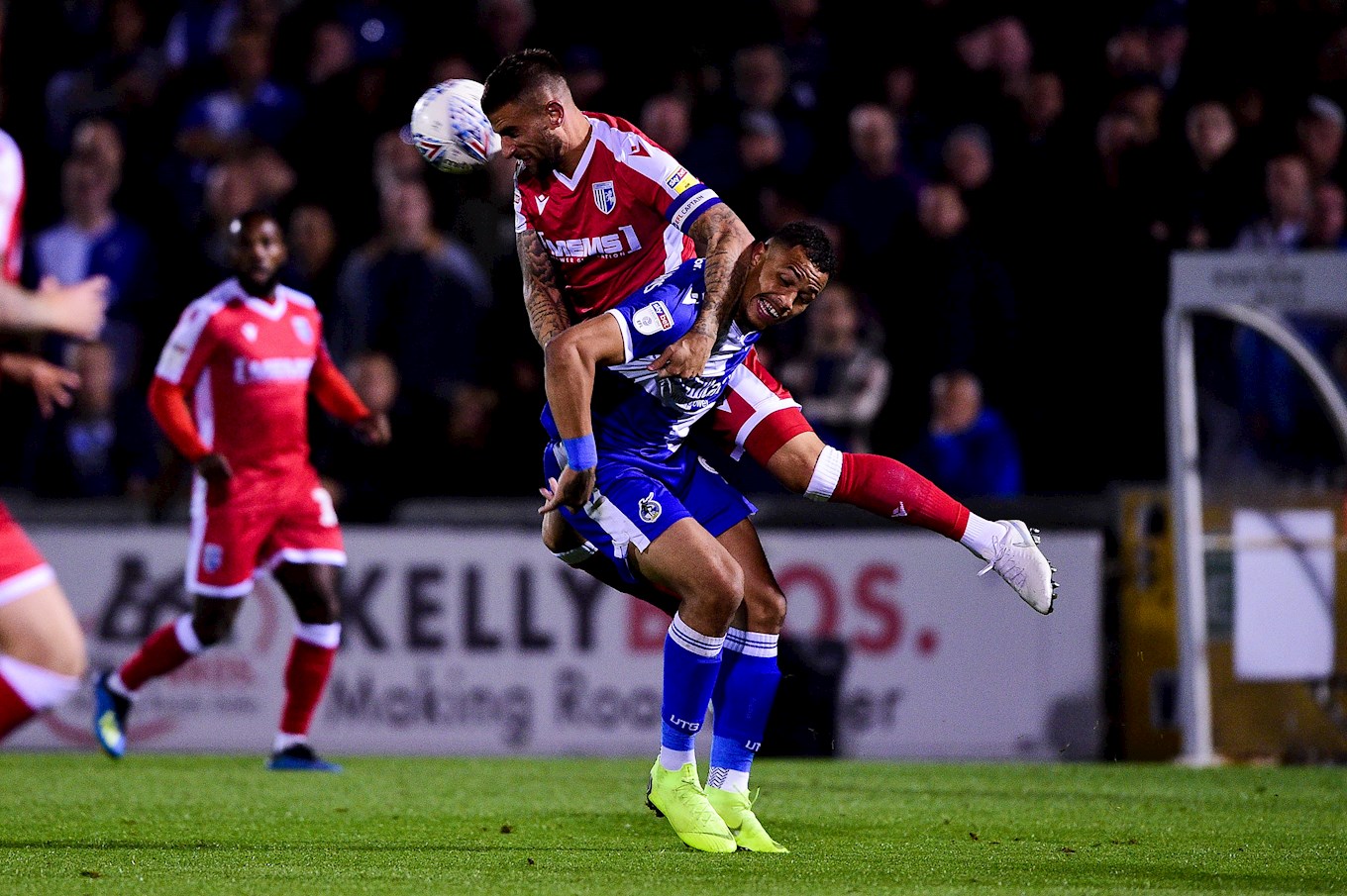 A similar combination saw Hare cross from deep, find Leahy for the knock-down, then Sercombe, on the spin, saw a close-range effort blocked.
This led to a corner, which Gillingham had several chances to clear. They could not do so, and eventually Clarke-Harris teed up Ed Upson. His shot from 20 yards was measured, but inches wide of the post, with the goalkeeper having gambled wrongly, on the other side of his goal.
Gillingham made their final sub with almost half an hour to go, sending on Mikael Mandron for Hanlan. Almost immediately, Gillingham won a free-kick 30 yards out, with Olly Lee striking a decent effort on target, but finding Jaakkola up to the task.
Shortly afterwards, Lee found himself in space, and the beneficiary of a fortunate deflection, but when in a good spot to shoot, he tried a clipped cross that Jaakkola again pouched.
Rovers came again, with a patient build on the left flank leading to Leahy’s measured cross finding Clarke-Harris. His header was powerful, downwards…but straight at the goalkeeper.
Worryingly, Hare was taken off on a stretcher, to be replaced by Mark Little, having seemingly fallen to the ground off the ball. Be well, Josh. With ten minutes to go Smith was replaced by Victor Adeboyejo.
Rovers had bossed the half, and probably the game, but with the finish line coming into view, started to get troublingly deep, as Gillingham’s quest for an equaliser grew in its intensity. Mandron’s effort inside the area was charged down, but with their next attack, Gills drew level.
A high cross to the far post found Ogilvie in space, and though his low drive was parried by Jaakkola, and Tom O’Connor, with his wits about him, got across the area and tapped home. 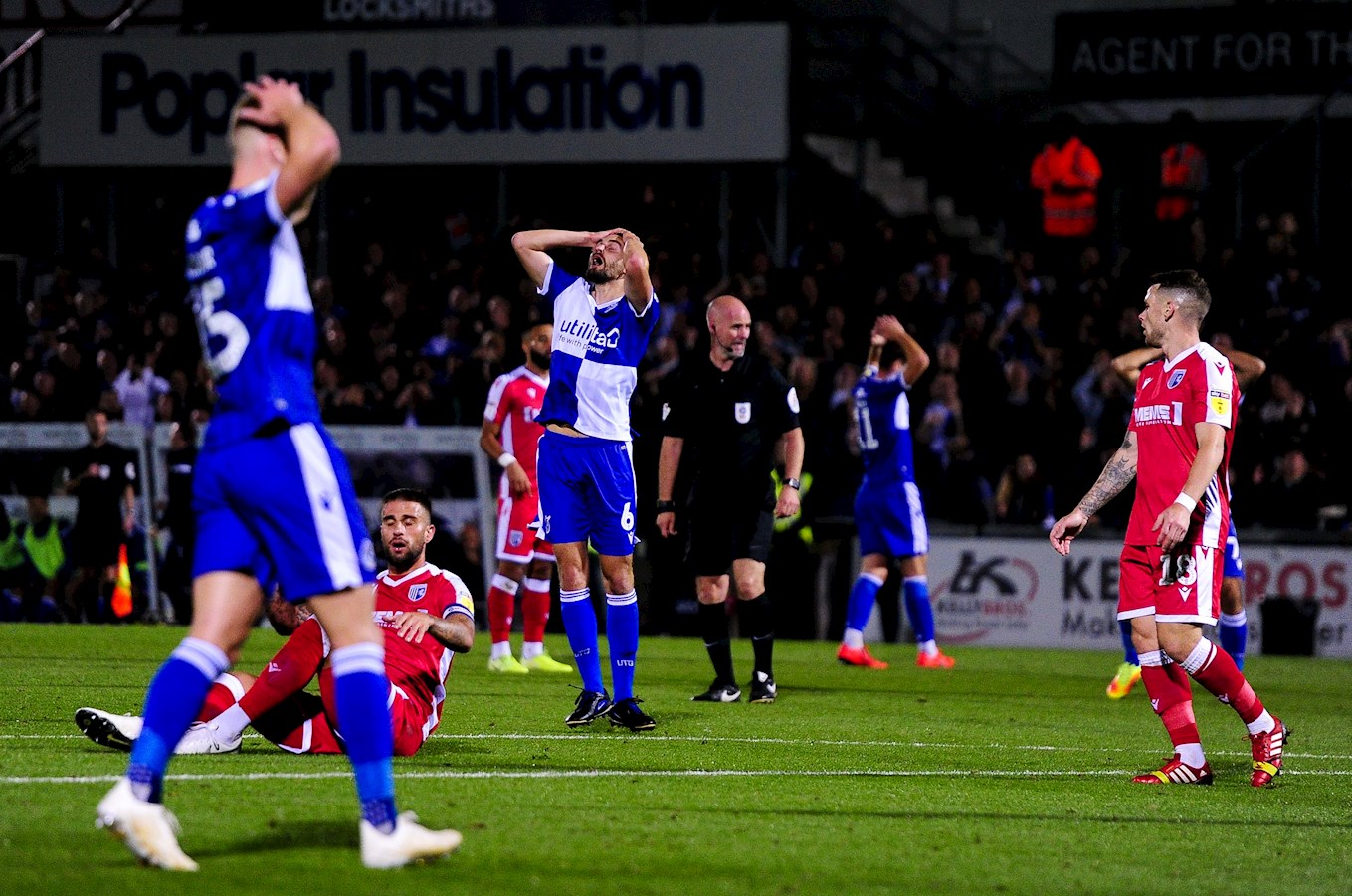