The Gas draw with Accrington Stanley following an incredible battle...

In a game seemed to have it all, the battle swung back and forth between either day. Rodman poked home early on, before Accrington replied with two inside a minute through Clarke and Finley.

However, a calm strike before the break from JCH put Rovers level, before he produce something spectacular in the 2nd half to put the Gas back in the driving seat. There would be one more twist in the tail though, as Hare brought down Charles in the box, allowing him to step up and stroke a penalty home on the 76th minute.

The Gaffer made three alternations from the team that played Burton Albion away from home last week. Between the sticks, it was time for Jordi Van Stappershoef's home debut, as he replaced Anssi Jaakkola who was away on international duty with Finland.

Courtesy of an early injury in the midweek Plymouth Argyle cup game, Coughlan was forced to swap Ed Upson, who has starred so far this season, for Alex Rodman in the middle of the park. Finally, Nichols' goal midweek was enough to convince the Gaffer to start him again on the weekend, as he came in for Tyler Smith up top.

It took less than five minutes for Rovers to get on the scoreboard, as Ollie Clarke picked up the ball from Nichols on the left apex of the box. He hit a low, driven ball, towards the far post, which Alex Rodman read superbly and latched on to, coolly poking it home from inside the 6-yard box - in truth, it would've been harder to miss. 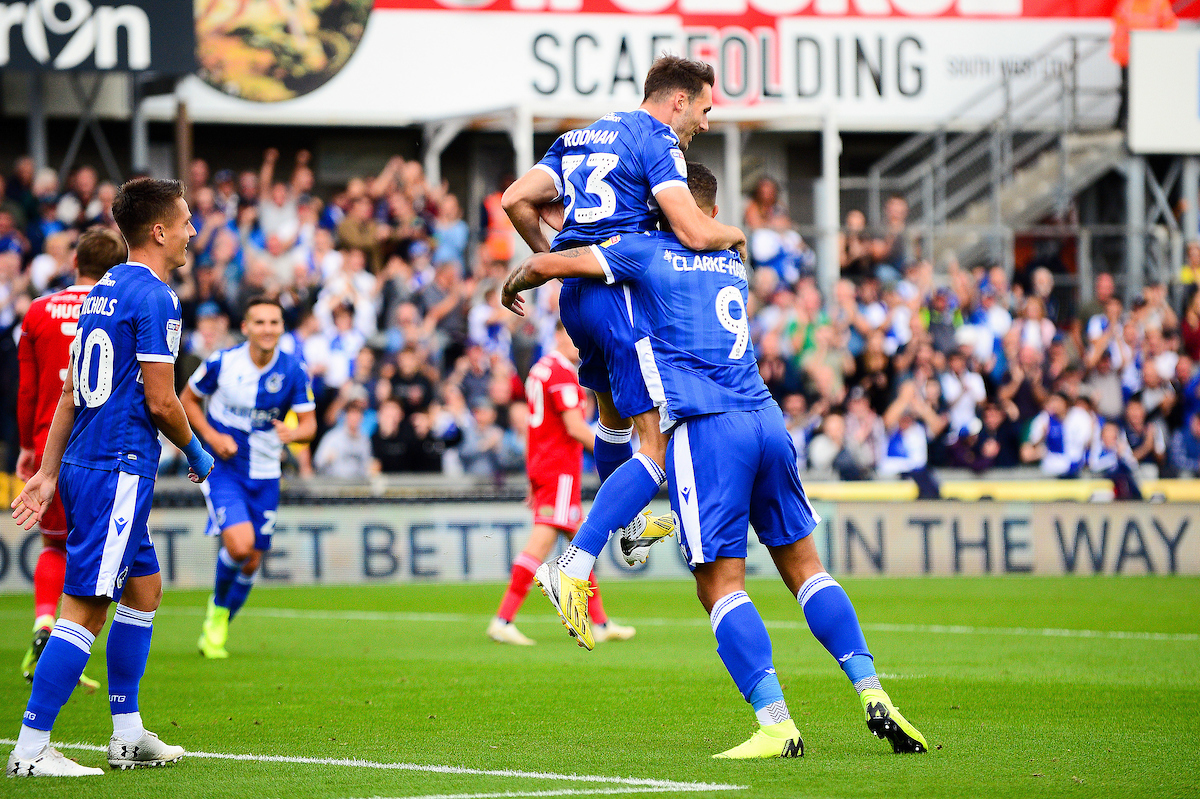 Accrington Stanley put themselves under more pressure just after 10 minutes had passed, as a ball from Tom Davies was all-too-calmly chested back to the 'keeper by an Accrington defender. Tom Nichols was sniffing about, and almost nicked the ball as it headed towards Evtimov, but the goalkeeper rushed out well to claim it.

On the 15th minute mark, Accrington Stanley had their first chance, as a low ball was only partly cleared by Abu Ogogo, ricocheting in the direction of Sam Finley who's first-time strike sailed wide of van Stappershoef's left post.

Moments later, they had their equaliser as Jordan Clark was played through on the right by a header. He took the ball down well and ran at Alfie Kilgour, darting to the right and lashing a strike towards the bottom left post. Despite JVS' best efforts, the strike clipped the post and rolled in.

Almost instantly from kick-off, Accrington were in again, this time with Finley running at and beating Tony Craig before progressing into the area. There, he took his time and waited for JVS to commit himself, before calmly stroking it into the bottom right for Accrington to take the lead.

Whilst still an end to end game, no big chance game the way of either side until the 27th minute, when Francis-Angol picked it up on the right side and smashed a cross towards the 6-yard-area. Fortunately for Rovers, Kilgour was alert to the danger and sprung in front of the onrushing Accrington striker to deflect it clear.

With five minutes to go in the first half, Ollie Clarke pounced on the ball in the middle of the park, driving towards goal and unleashing a shot. Accrington closed down well, with a defender able to get his body in front of the shot, but the rebound fell to Rovers' big man up top - Jonson Clarke-Harris. JCH took the ball in his stride, unphased by the recovering defence, and slotted it coolly to Evtimov's left for a crucial equaliser late into the first half, a goal sure to change the mood in the dressing room.

Just after the 2nd half, Seamus Conneely received a second yellow after holding back Tom Nichols on the breakaway, meaning Accrington Stanley were reduced to 10 men. This game was a rollercoaster.

The next twist would come through Tom Nichols, who almost headed home following a superb floated cross by Luke Leahy, but his glancing header was too central and saved by Evtimov.

On 63rd, JCH showed why he is the man Rovers so frequently turn to, as a free-kick from Kyle Bennett was headed up into the air, the big man made space for the miraculous. Facing away from goal, he acrobatically bicycle kicked the strike perfectly into the bottom right corner. What a goal! 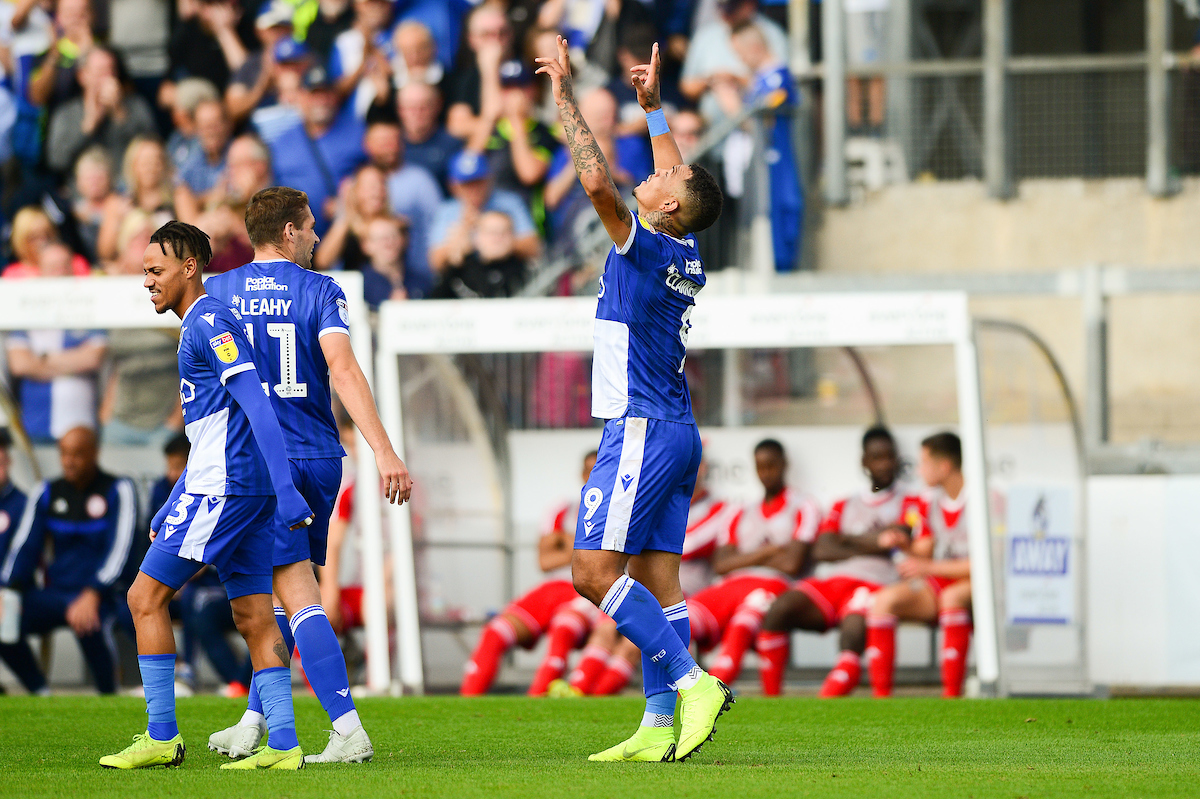 After running his socks off throughout the game, Tom Nichols made way for Tyler Smith just before the 70th minute.

Accrington Stanley found a chance shortly after as Ogogo was muscled off the ball in the centre of the park. The visitors worked it wide to Opoku who charged at the Rovers defence before hitting a strong shot on goal, which Ollie Clarke blocked well. This signalled a nervy end to the game, as JCH was booked for a late challenge on Kaba Sherief, and Accrington began to pose and real threat.

On the 76th minute, Accrington had a reward, as Hare brought down Charles as he rushed through on goal, inside the area. Charles stepped up for the penalty and calmly dispatched it past JVS who dived the right way but didn't get enough contact on it to divert it away from goal.

On the 84th, Accrington continued their pressure, this time through Kaba Sherief who received the ball outside the area and allowed the ball to bounce once. He volleyed as it rose up again, but it flew over the bar.

After the referee was hit in the face by the ball, he was forced to swap with one of his linesmen. Not only this, but the stoppage in play prompted nine minutes to be added on.

Late on, Bennett hit the bar after stepping inside and whipping one on goal, if it had gone in, it would've been 6 minutes deep into stoppage time.

The Gas now enjoy a week away from midweek kick-off's, with their next fixture coming a week today, against Lincoln City away at Sincil Bank where they will look to gain their first away points on the board.