The lowdown on this weekend's clash with AFC Wimbledon...

Rovers head to the capital on Saturday looking to build on a 1-1 draw at home to Gillingham in midweek.

There was tinges of frustration that the Gas didn't pick up all three points at the Mem on Tuesday night, as Tyler Smith's goal was accompanied by a number of chances for Rovers to cement the three points, but a late Tom O'Connor goal led to the points being shared.

Graham Coughlan's side head on the road for the second Saturday in a row, looking to build on a resilient win last weekend at Sincil Bank.

Manager's Preview: The Gaffer sat down with the press on Friday and previewed this weekend's fixture...

Player's Preview: Luke Leahy was credited for a good performance on Tuesday night, he was involved in the build-up to the Gas' goal and had a decent defensive display too, he also spoke to the press on Friday morning...

Opposition: AFC Wimbledon currently sit in the relegation zone, collecting three points from their opening nine games and still searching for their first victory of the season. In midweek, Wally Downes men conceded late against league leaders Coventry to surrender a point at St Andrew's, after Marcus Forss had put them ahead against the Sky Blues in the first half. The Dons three draws this season have all come at home, against Accrington, Shrewsbury and Wycombe. 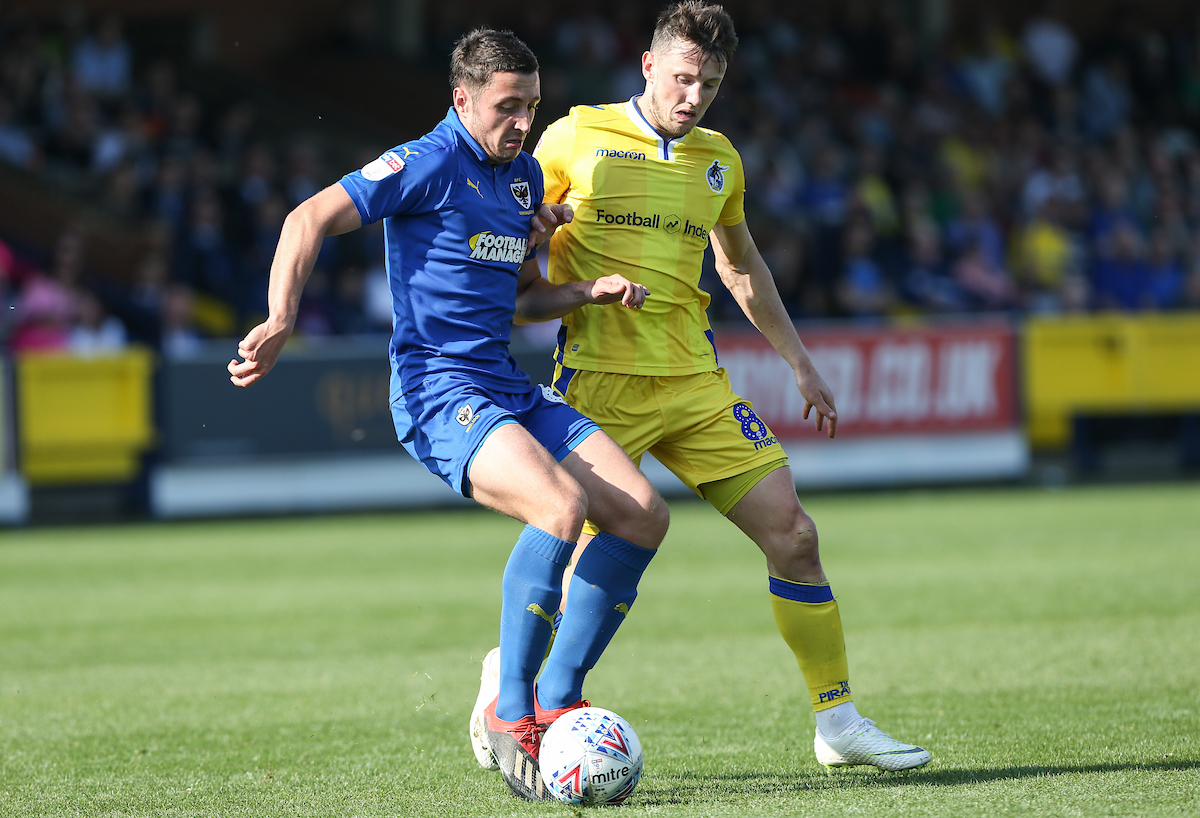 Paper Talk: Speaking to afcwimbledon.co.uk, assistant manager Glyn Hodges looked forward to this weekend's game, “We will take the game to them and we want to make sure that we start positive and put Tuesday night out of our minds. There are a couple of things we have to iron out from our second-half performance, but I think it’s just a state of mind. It’s only us that can put it right, the players know that, and we will be doing out utmost on Saturday."

Last Time We Met: Rovers' last fixture against the Dons was at Kingsmeadow back in April. Joe Pigott opened the scoring on the occasion, giving the hosts the lead on the half-hour stage, but a fine long-range effort from Ollie Clarke restored balance to the scoreline with a little over ten minutes remaining, which led to the Gas picking up a useful point.

Ticket News: Tickets will be available in limited supply on the day at the stadium, but tickets will be sold by cash only. Click here for the full ticket information for the fixture.

How to Follow the Game: iFollow Gas will help you keep track of the action as it unfolds this season with a number of different packages available. Subscribers based in the UK can listen to live commentary as the action unfolds - with an audio season pass priced at £45 or a monthly audio pass costing £4.49.

A new package available is the one-match audio pass, which is priced at £2.50. If you are based outside the UK then you can purchase a match pass for £5 to watch the live match live. To browse the match pass packages, please click HERE.