The lowdown on this weekend's opposition...

Rovers host Accrington Stanley on Saturday, in the first home fixture since their narrow defeat to Brighton Hove & Albion towards the end of August.

The Gas will be looking to build on a solid performance away to Plymouth Argyle in the Leasing.com Trophy, a fixture in which many youngsters got a chance to gain crucial first-team experience. In the game, Cameron Hargreaves, Rollin Menayese, Michael Kelly and Luca Hoole were all given the chance to showcase their ability alongside some more senior players, and after a good showing, may give the Gaffer some positive selection headaches.

Jordi Van Stappershoef also made his competitive debut for the side, in the absence of Anssi Jaakkola who is on international duty with Finland. JVS is expecting to make his home debut on Saturday, after making some great stops in the Plymouth Argyle fixture.

Manager's Preview: The Rovers Manager spoke to the press on Friday morning and looked ahead to the forthcoming game, crediting the ability of Accrington manager, John Coleman.

Player's Preview: Tony Craig also spoke to the press on Friday, and reflected on his penalty in the shootout against Plymouth Argyle as well as looking forward to this weekend.

Opposition: John Coleman has had an illustrious career with Accrington Stanley, taking them from the Conference up to League One, albeit in different spells with the club. Lead by talismanic front-man Billy Kee, Stanley have spluttered in their start to the 2019/20 season, despite finishing a place above Rovers last campaign, they currently sit 20th, with one win, and one draw to show from five games. 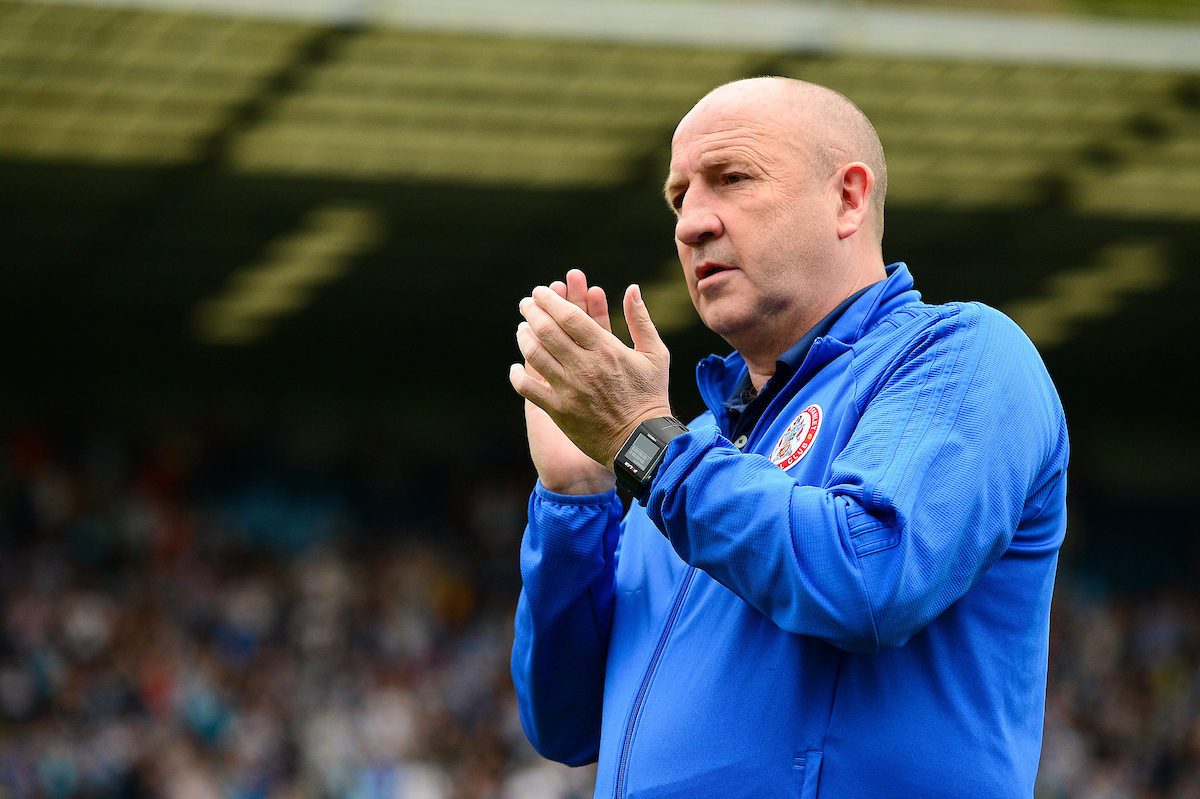 Last Time We Met: Rovers don't have the strongest record against this weekend's opposition, drawing and losing against Accrington in the last campaign. Their last meeting came away from home in late January of this year when the two sides played out a 0-0 draw. The Gaffer will be looking to better that result this time around, with the Gas sporting an impressive home record so far this season. Additionally, Tom Nichols seems to be back in form, and he hasn't scored more goals against any other opposition than Accrington Stanley throughout his career, notching five goals in six starts against this weekend's opposition.

Tickets: Supporters can purchase tickets in person from our Superstore - which is open 9am-5pm, Monday-Friday.

Online tickets for this fixture will be available until midnight on Friday, 6th September for supporters wishing to collect tickets on the day.

Keep Up to Date with iFollow: iFollow Gas will help you keep track of the action as it unfolds this season with a number of different packages available. Subscribers based in the UK can listen to live commentary as the action unfolds at The Mem - with an audio season pass priced at £45 or a monthly audio pass costing £4.49. A new package available in the one-match audio pass, which is priced at £2.50. If you are based outside the UK then you can purchase a match pass for £5 to watch the live match live. To browse the match pass packages, please click HERE.