Two early goals were enough to send the Gas home with all three points, despite strong pressure from Rochdale.

Adeboyejo put the Gas into the lead inside ten minutes as Tony Craig rose well to head a ball down into his path, allowing the loanee from Barnsley to acrobatically turn in his first league goal of the season. Almost immediately afterward, Rovers had a second as a low threatening ball from Michael Kelly was deflected in by O'Connell in the Rochdale defence.

The hosts did strike back before half time as Camps picked up a knock down in the box before poking a snapshot goalwards, with his effort finding the bottom left corner despite a strong glove from Jaakkola. In the late stages, Rochdale piled on the pressure but it wasn't enough to break the Rovers back line for a second time, meaning the visitors took all three points. 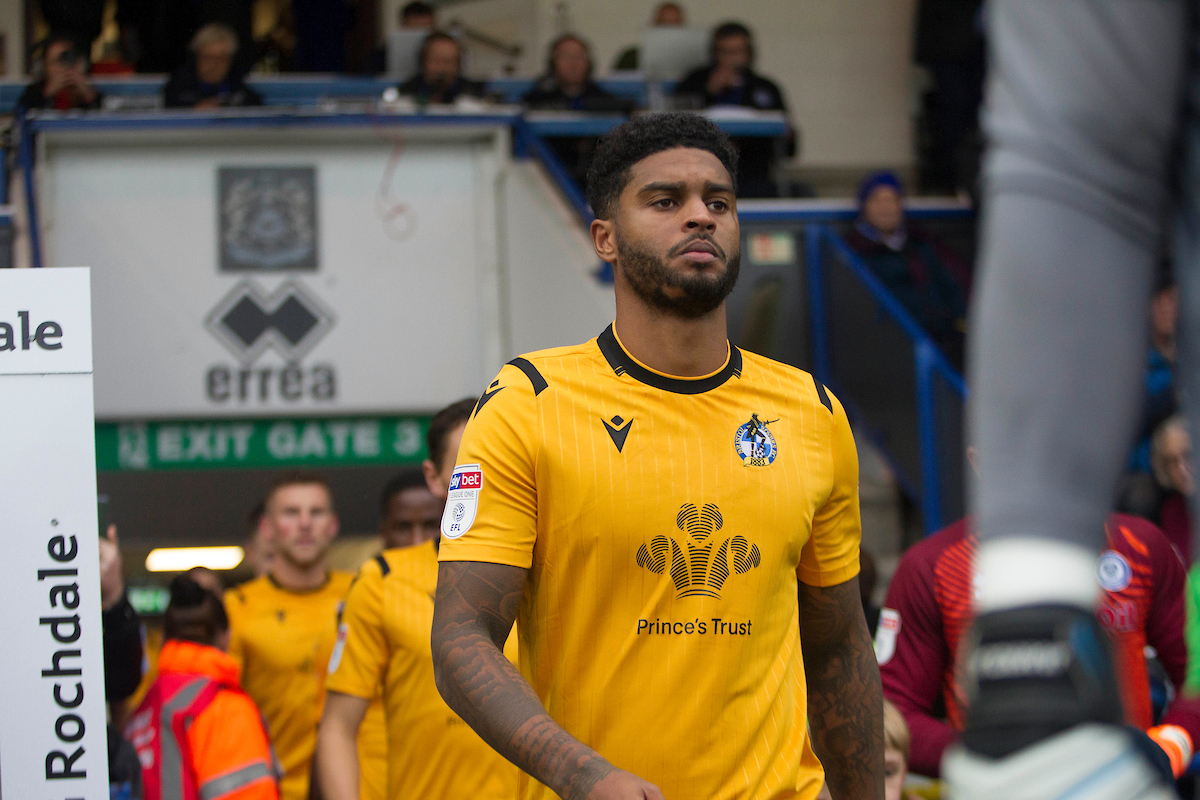 Manager Graham Coughlan sprung a few surprises in his team selection for his side's away trip to Rochdale, he began with his decision to take youngster Keiran Phillips on the trip but didn't stop there.

Multiple changes to the starting XI prompted a change in system, as Davies dropped out through injury, replaced by Mark Little, meaning the defence would re-shuffle to four at the back. Additionally, Kelly replaced Leahy on the left side whilst Sercombe came in for Smith, meaning the Gas lined up with Adeboyejo alone upfront. 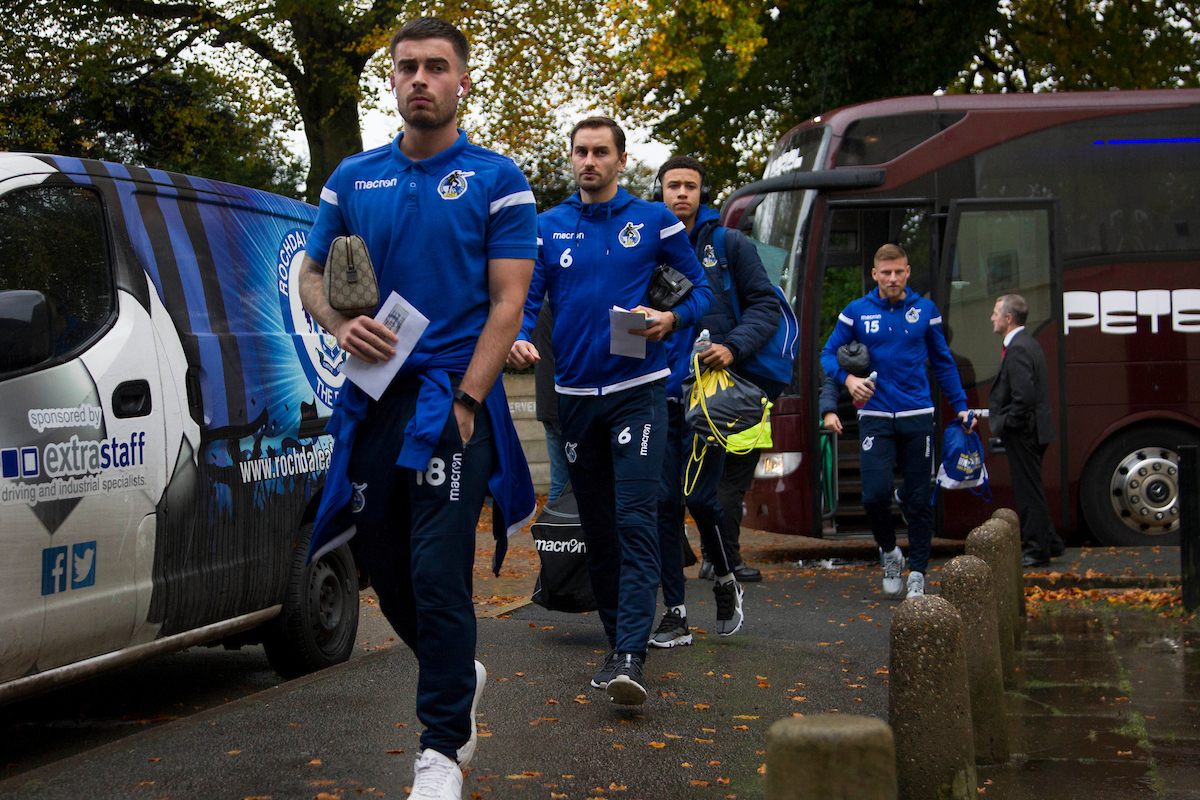 The Gas started fantastically, capitalising on an early corner to open the scoring. Much like their equaliser versus Portsmouth last week, Sercombe delivered the set-piece, this time finding the head of Tony Craig. The defender's header was aimed downwards towards the goal, where Adeboyejo managed to clip it in whilst on the turn for his 1st league goal of the season inside ten minutes.

Moments later, the Gas had another, as a superb low ball was delivered by Michael Kelly on the left side. With O'Connor in the Rochdale defence needing to do something to divert the ball away from the path of Adeboyejo, he got a desperate touch on the ball. However, as he turned to see where his block and gone, he saw it nestled in the bottom right corner and the Gas wheeling away in celebration. 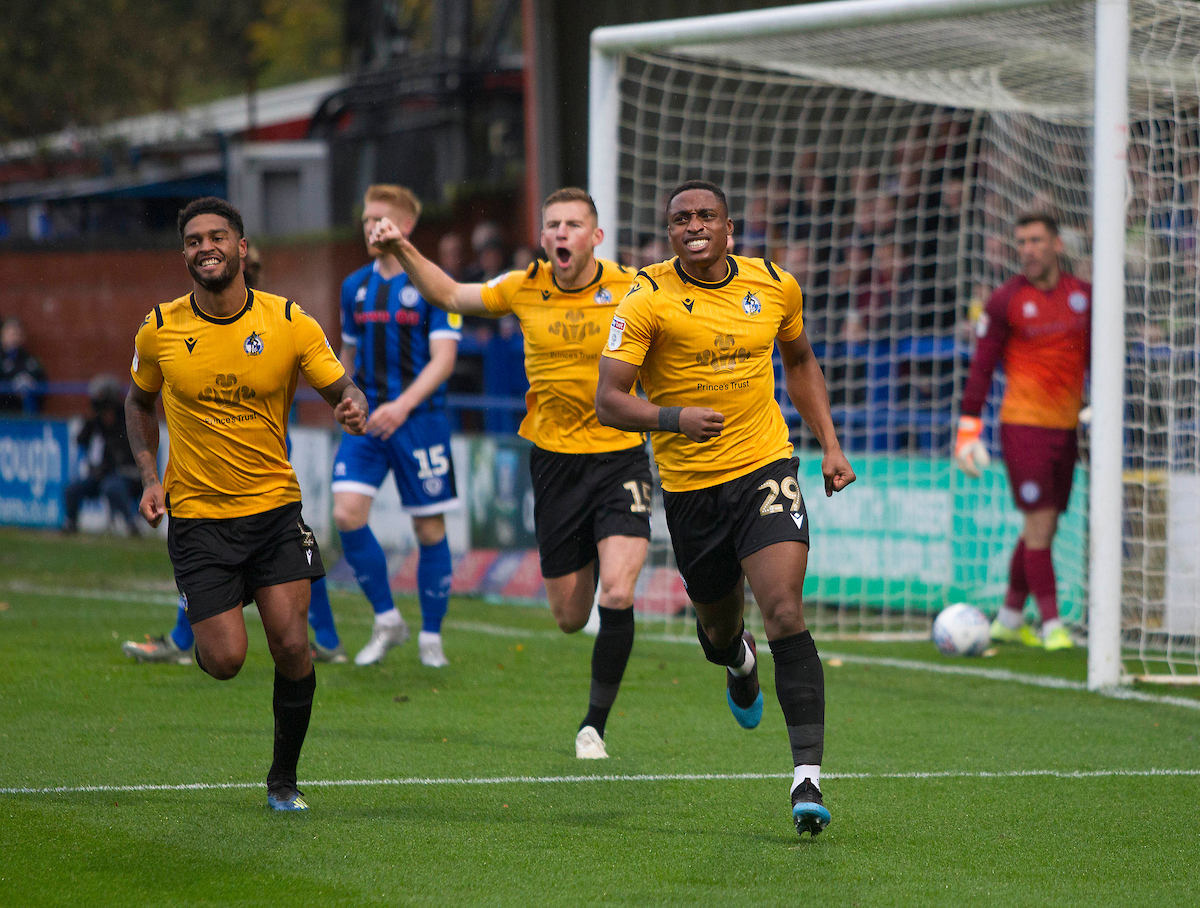 With Rovers catching their breath after two goals in the first ten minutes, Rochdale managed to hit on the break. They found Henderson through a direct ball down the right flank, he cut inside and shaped up for a strike, curling one towards the bottom left corner. However, as the ball looked to set to put Rochdale back in the game, Jaakkola emerged, diving low to his right to palm it away, a save from the top draw.

The left side seemed to be where Rovers were finding their joy early on, with Kelly and Sercombe combining particularly well. It was their combination play that allowed Sercombe to drift a cross in unchallenged approaching the 25th minute, which Jay Lynch in the Rochdale goal tested, as he leaped to pluck the ball out the sky, stealing it from just above Rodman's head.

Just after this, Rochdale fans were almost up in celebration as Norrington-Davies played a superb direct ball from deep through the Rovers defence towards Henderson. Outstretched, the Dale captain couldn't quite get a vital touch on it, and Jaakkola watched the ball go narrowly wide.

After a stoppage in play whilst there was a change in officials, Ollie Clarke found an opening from range as he received a pass from Mark Little before drilling one low from 25-yards. It needed an important deflection to take it wide for a corner.

Just before half time, Rochdale had a goal back as a cross from young Luke Matheson found the boot of Oliver Rathbone who knocked a neat first-time ball towards Callum Camps. Camp's shot was taken quickly, but despite contact from the glove of Jaakkola, the ball bulged the bottom left corner of the net.

In stoppage time, Sercombe was able to force a save from Lynch in the Rochdale goal as he was slotted through by Abu Ogogo. Due to the sharp angle of the shot, with Sercombe pushed to the left-hand side, it was always going to be a struggle to squeeze a strike past the 'keeper. Lynch was able to get behind the left-winger's shot, in the end, briefly spilling it before jumping on the fumbled ball, concluding the last chance before half time. 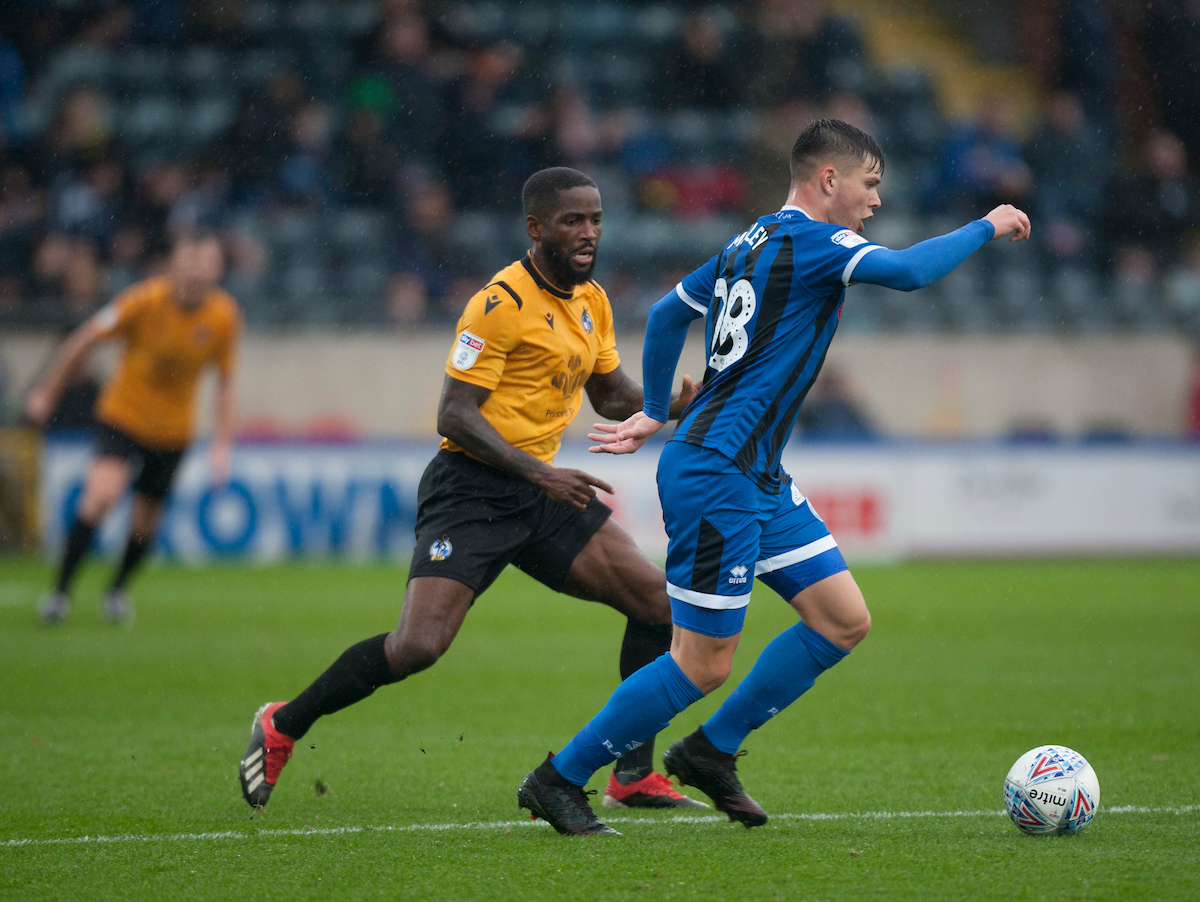 The second half began slowly, with a knock to Rodman punctuating a decent spell of possession for Rovers, but it was Rochdale who had the first attempt on goal in the second period. A cross in was only part cleared towards Williams who rifled one from the edge, but Clarke, back with the armband today, made a big, strong block to stop any trouble.

A short while later, just before the hour point, it was Clarke's go to hit one. Sercombe brought down a lofted ball well before cutting in and wrestling the ball from under a Rochdale player's foot to square it to the captain. Clarke took a touch and looked to curl one towards goal but it looped clear of the crossbar.

On loan from Huddersfield Town, Rekeil Pyke almost had an instant impact off the bench for his host club as he was found on the edge of the box. He took a shot on the turn, hit with enough venom to cause problems, but Jaakkola got to it and also managed to keep hold of it, clutching the ball to his chest. 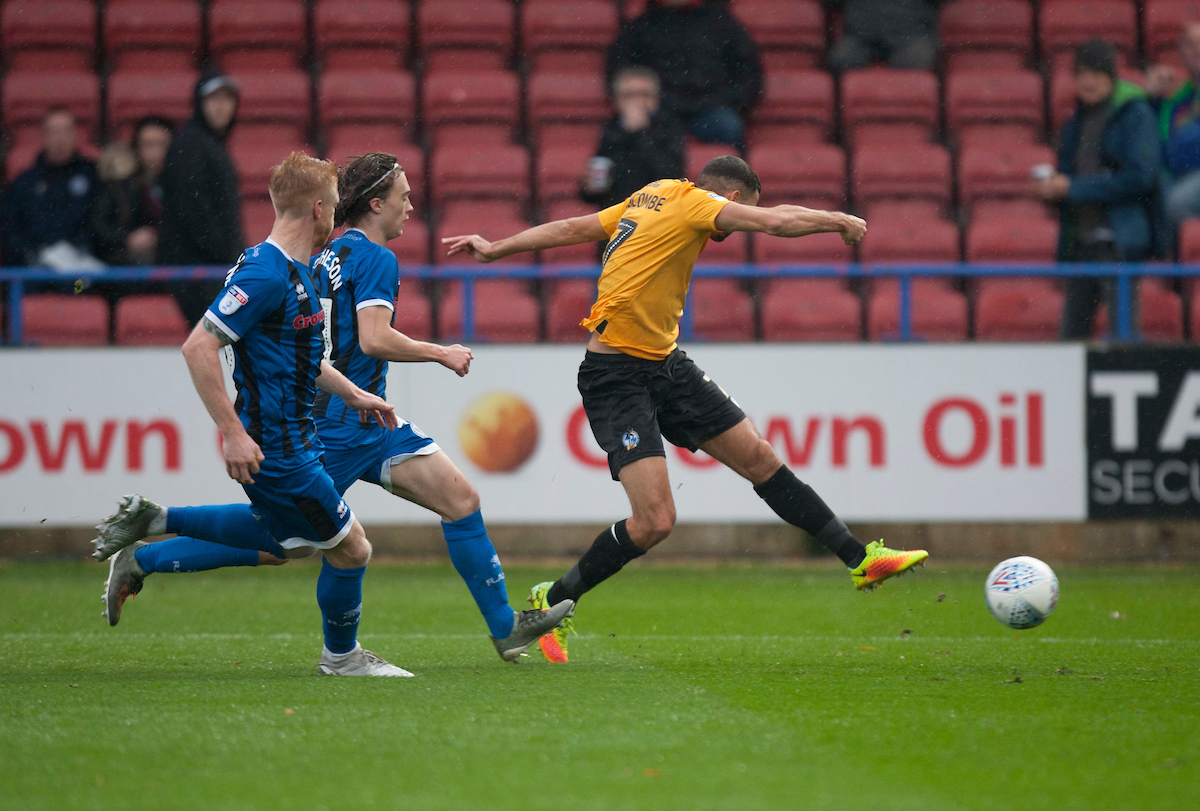 Rovers made their first change whilst under severe pressure on the 70th minute with Leahy replacing Upson. Moments later, Jaakkola needed to make a big stop as Rathbone unleashed a shot from the edge of the box, with the Fin getting a strong hand to and pushing it wide. From the resulting corner, Mark Little needed to make a fine block inside the box as he bravely got in the way of another Rathbone attempt.

The pressure was really on over this period, with Jaakkola making an unbelievable save just minutes later. A ball was squared to a Henderson just six yards out, it seemed inconceivable for Jaakkola to stop this attempt, but as the talismanic forward hit his strike, the Gas goalkeeper reached low to his right to claw the ball out from the goalmouth.

The Gas managed to carve out a half chance in the final ten, with Abu Ogogo heading down to Sercombe. The midfielder took a shot on first-time on the volley but spooned his attempt over the bar.

The Gas held out through some real tests in the final quarter of an hour to claim all three points. 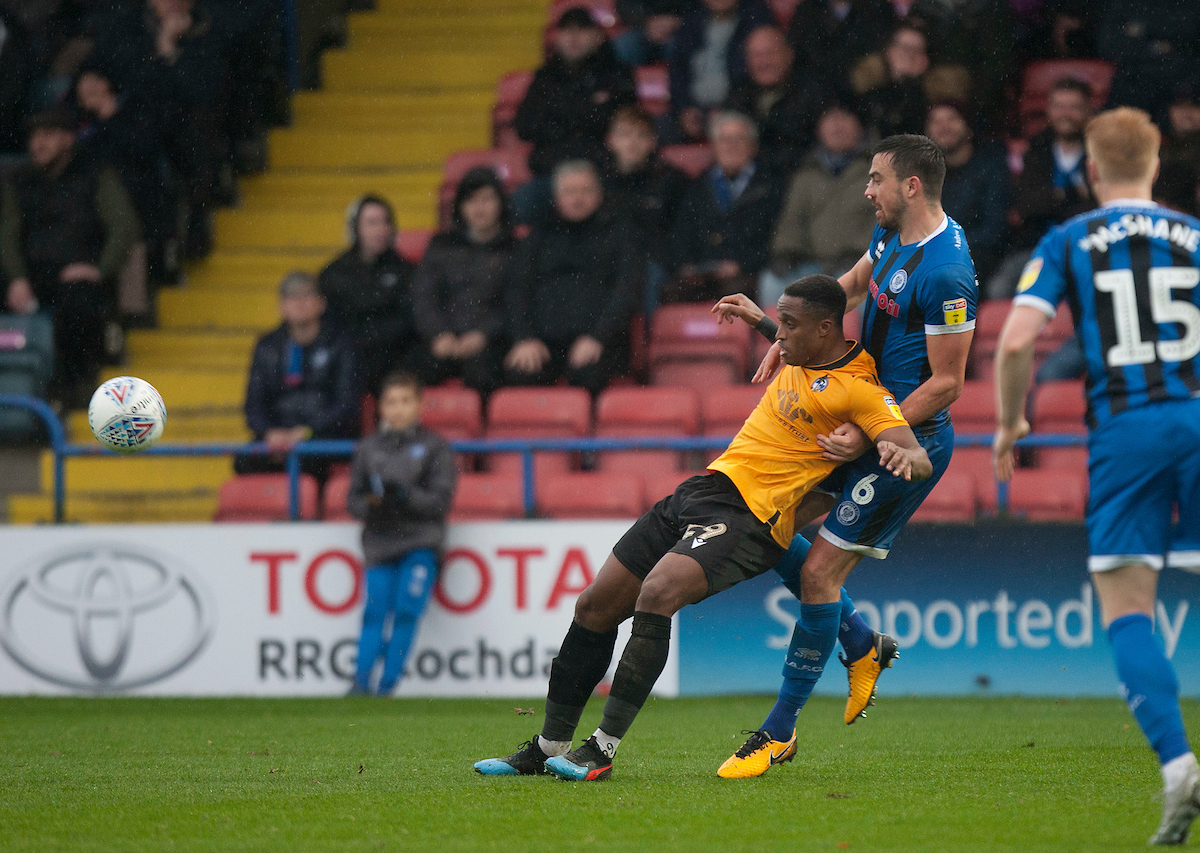 Rovers now have a cup tie to look forward to in the form of Bromley in the FA Cup 1st Round.