Rovers progress in the Leasing.com Trophy with a victory over Swindon Town at the Mem.

After a goalless first half, Mark Little's second-half goal proved to be enough for Rovers take the three points to progress to the knockout stages of the Leasing.com Trophy.

Rovers made seven changes ahead of the final group stage fixture but named a strong squad for the visit of Swindon.

The headline inclusion was Jonson Clarke-Harris, with the striker continuing his recovery from injury with his first start of the month.

JCH was paired with Tom Nichols in the attack, as skipper Ollie Clarke was also recalled to the line-up. Rollin Menayese and Luke Leahy were also drafted in for the fixture, with the forced change in goal seeing van Stappershoef start in place of Jaakkola, who is away on international duty.

On the bench, Tareiq Holmes-Dennis was an option for Rovers boss Graham Coughlan, after the defender completed 45 minutes of action for the Development Squad on his quest for match fitness. 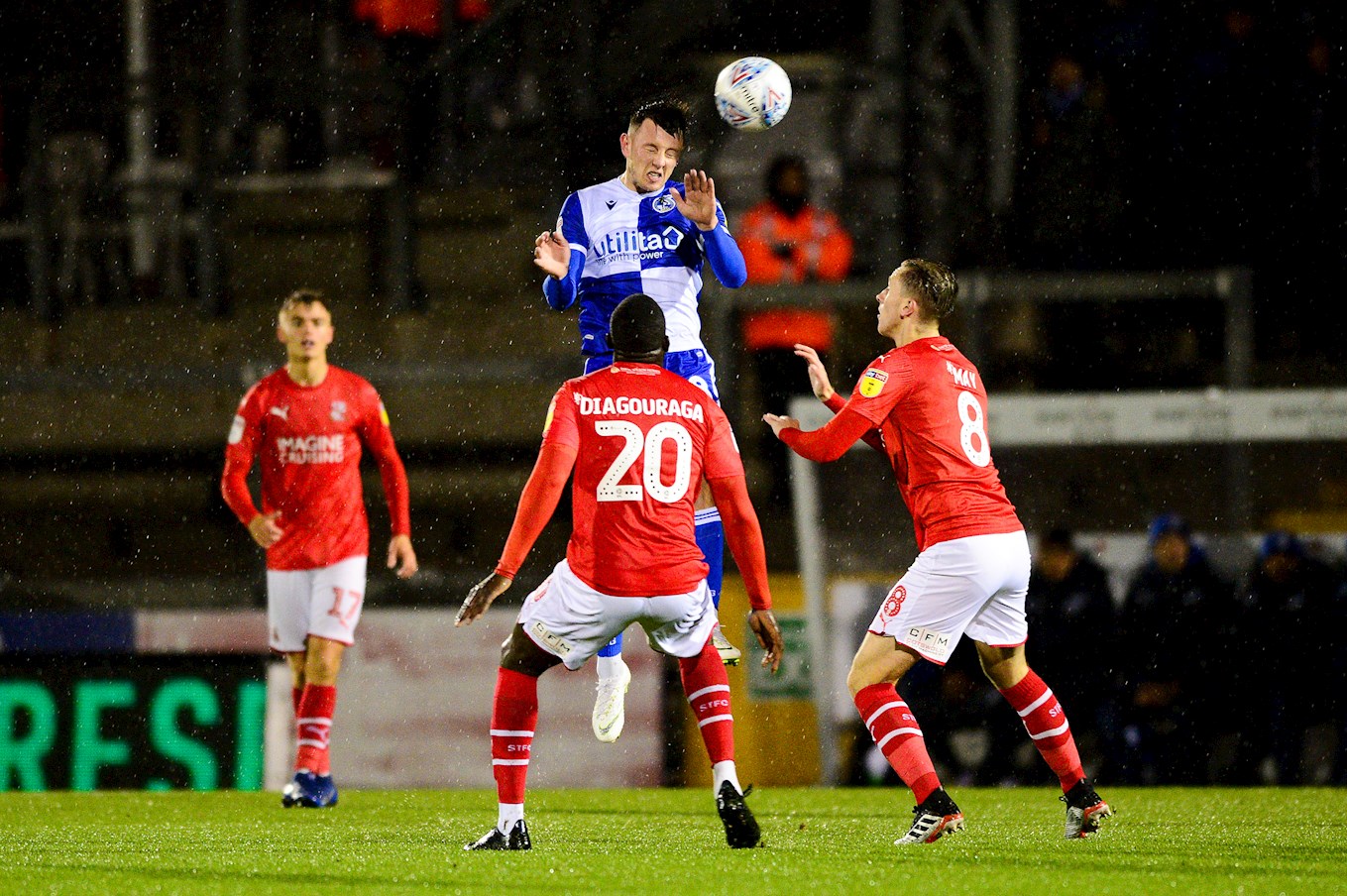 In the early stages, there was little in the way of goalmouth action. Tom Nichols saw an early shot from outside the area comfortably held by McCormick in the Swindon goal.

A short set-piece from Kyle Bennett opened a shooting opportunity for Ollie Clarke inside the opening ten minutes, but a swarm of red shirts charged down the captain's strike from the edge of the penalty area.

Kyle Bennett crafted an opening for Rovers as the first half progressed, digging out a cross the back post where Mark Little glanced his close-range header wide.

At the other end, in what was a relatively quiet first-half for van Stappershoef, the Dutch 'keeper did have to be alert to tip wide a well-struck effort from Adam May wide.

As the break approached, chances became few and far between for both sides. Mark Little's ball in from the right crept towards the near post, forcing McCormick into making a fairly routine stop.

In stoppage time, a well placed through ball from Clarke-Harris found the run of Tom Nichols, as the striker tested McCormick with a powerful finish, which the Swindon 'keeper was equal to, as the teams headed into halftime with the game goalless.

Rovers registered the first opportunity of the second half, as Luke Leahy's inswinging corner picked out Rollin Menayese, with the defender directing a forceful header inches over the crossbar. 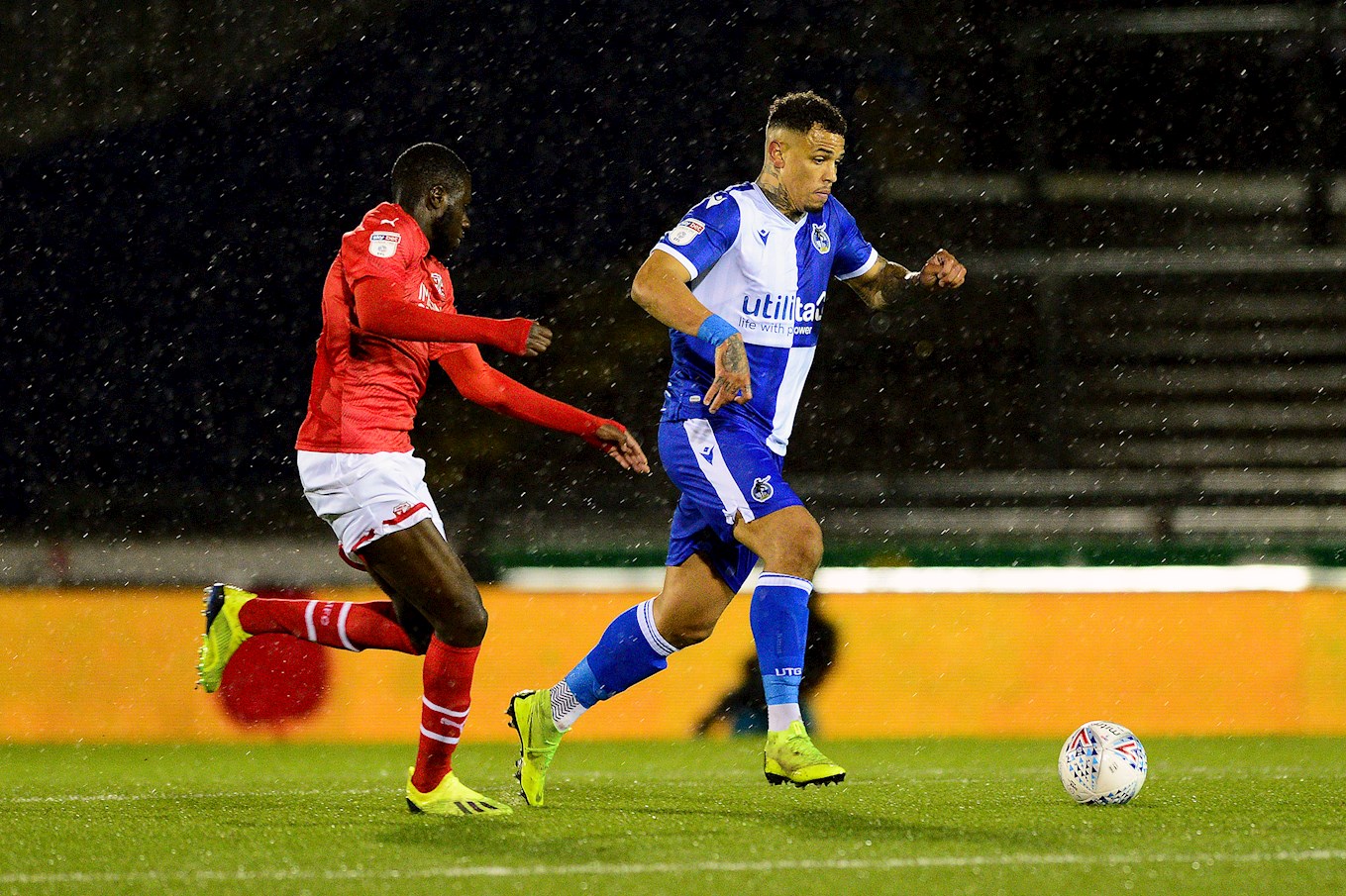 Half chances kept coming for Rovers, as Kyle Bennett dragged a volley wide and Clarke-Harris saw his cross deflected onto the roof of the net as the hour mark approached.

Tareiq Holmes-Dennis was introduced from the bench, as the left-back made his first outing for Rovers since April, adding valuable match minutes to his recovery.

The deadlock was finally broken inside the closing 20 minutes, with Rovers getting a reward for their patience. It Holmes-Dennis' cross that sparked the move, with the delivery from the left-back taking a smart flick off Adeboyejo, which took the ball into the path of Mark Little, who made no mistake in converting from close-range.

Rovers saw out the remainder of the game with little threat on their goal to secure the three points needed to progress in the competition.