Get yourself down to the Mem for the business end of the Gas' 2019/20 season with our half-season tickets!

Starting from 26th December with our home game against AFC Wimbledon, purchasing a half-season ticket will grant you entry to an exciting conclusion to Rovers' 2019/20 campaign.

The half-season tickets are on sale now, with online sales concluding on midnight on 20th December, with sales instore ending on the 21st. 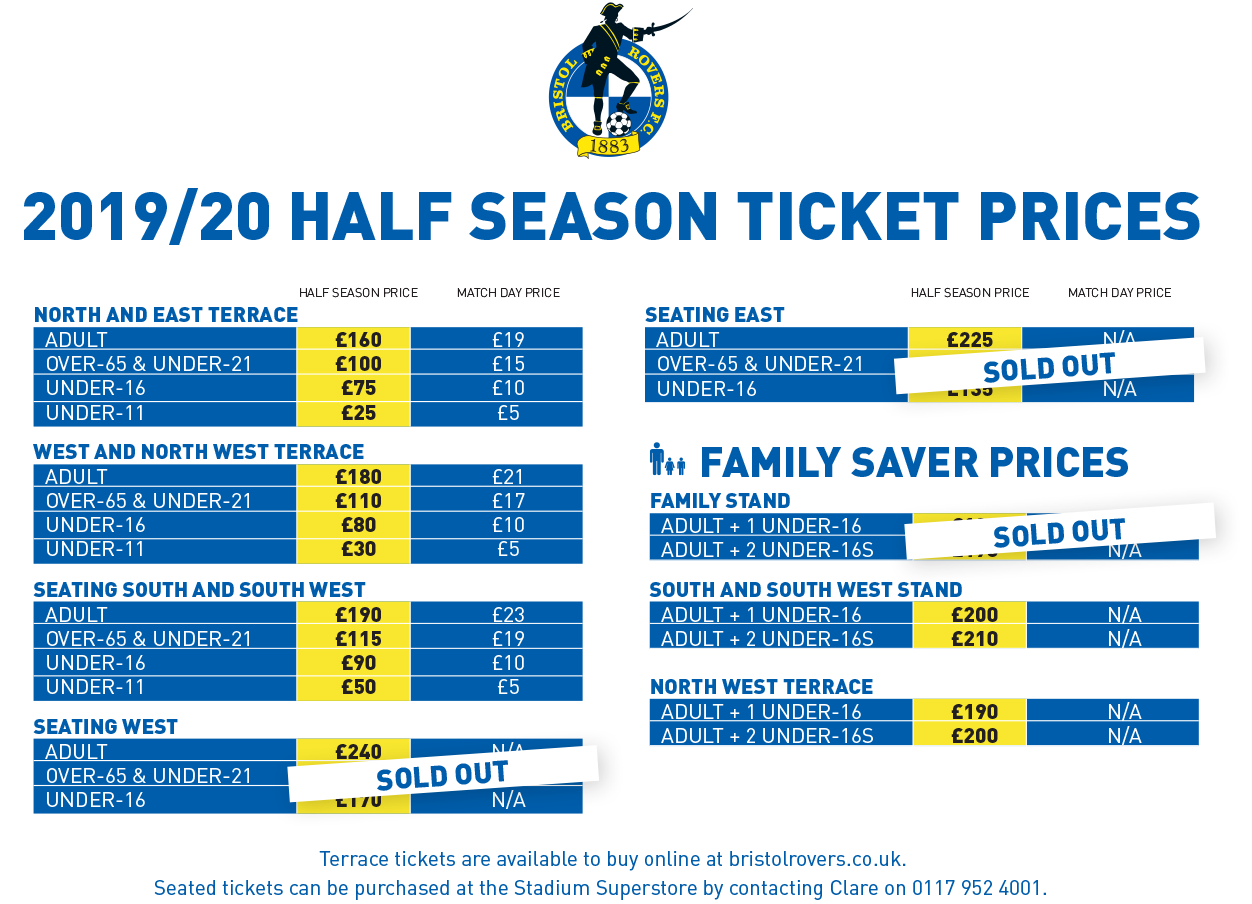 Rearranged games originally scheduled for before 26th December will not be included in this package if scheduled after the starting date.