Rovers progress in the Emirates FA Cup with a win at Bromley.

Jonson Clarke-Harris' early goal gave Rovers the perfect start to the contest, with the striker finding the net from close-range inside the opening five minutes of the tie, in what proved to be the only goal of the contest, as Graham Coughlan's side booked a place in the Second Round of the Emirates FA Cup. 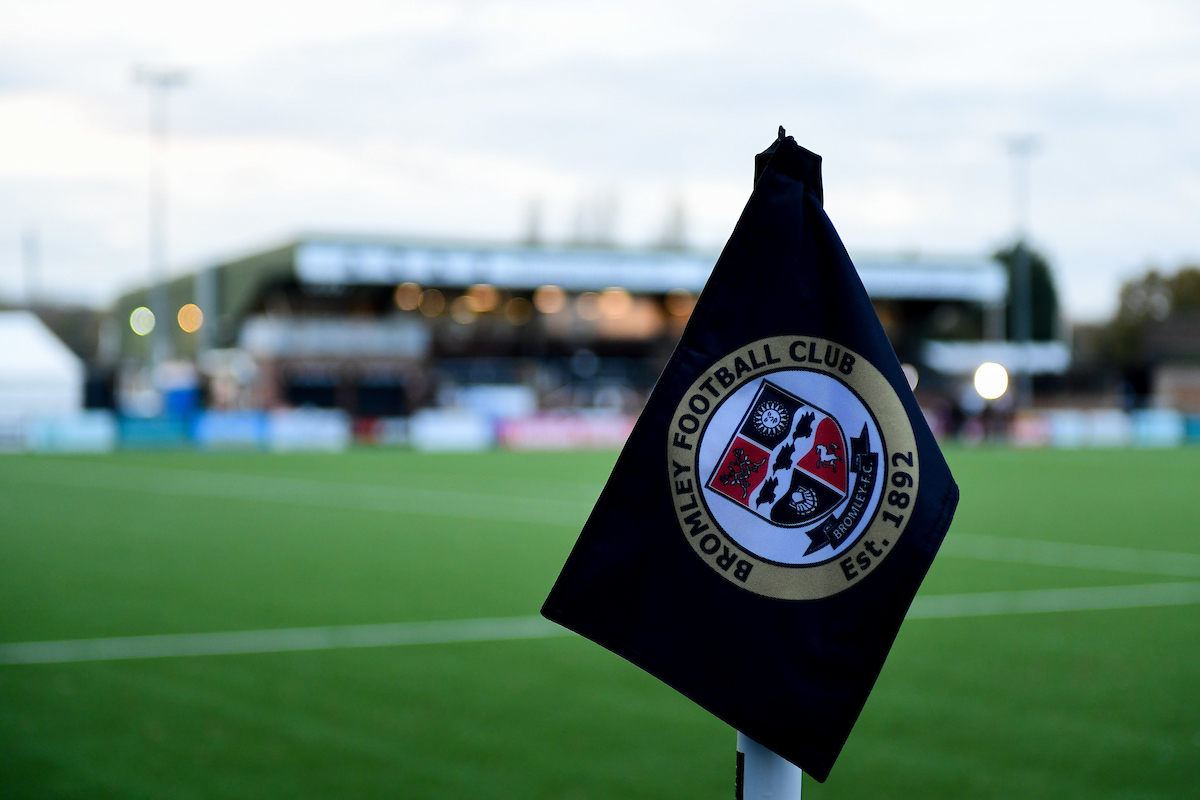 For the encounter, Rovers boss Graham Coughlan elected to name a strong starting XI, with two changes from the side that faced Swindon in the Gas' last outing.

That duo of changes saw Abu Ogogo and Liam Sercombe return to the heart of the Rovers midfield, alongside the captain, Ollie Clarke.

It was a full-throttled start to the encounter, as both teams tussled to get an early advantage in the encounter.

Rovers did manage to get the all-important early goal and it came after just three minutes. It was a high press from Ollie Clarke that won back possession inside the final third, with the captain drifting wide to dart a low cross into the box that was bundled home at the near-post by Jonson Clarke-Harris to put the Gas in front. 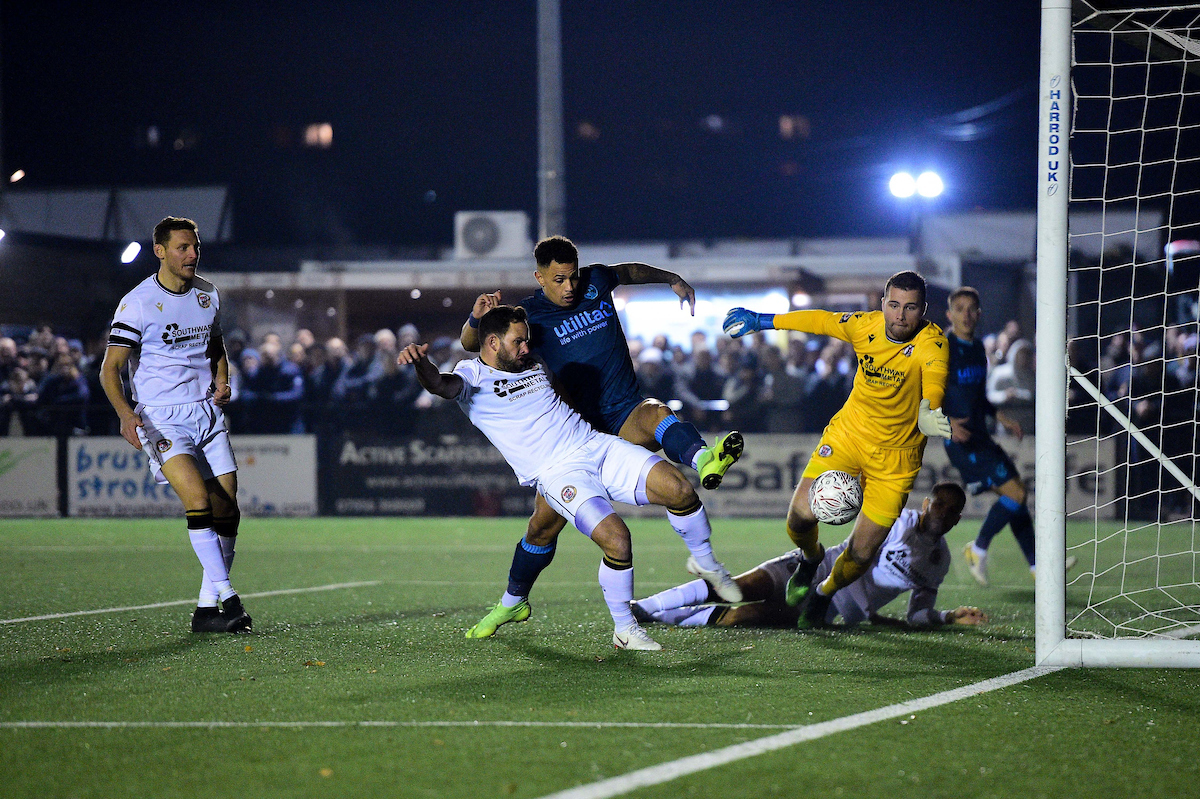 The goal didn't have much impact on the intensity of the encounter, as both sides looked set to move the ball forward quickly in possession.

The hosts almost assembled an opening on goal when a dangerous looking cross that swung towards Cheek the target-man, but a last-ditch touch from Clarke-Harris edged the delivery behind for a corner.

At the other end, a well-worked move down the right saw Mark Little play a low cross towards Liam Sercombe, who saw his first-time effort climb over the crossbar.

Rovers continued to enjoy a steady flow of changes as the first-half progressed, with Tom Nichols seeing a forceful effort held by Huddart, with Clarke-Harris firing just wide of the target from the edge of the area moments later.

van Stappershoef had to alert in the Rovers goal, but was relatively untested in the opening forty minutes. The shot-stopper did have to be equal to a Michael Cheek volley that looked to have taken a slight deflection on its route to goal, but the Rovers 'keeper was able to make a routine stop.

Cheek did look like Bromley's main outlet in attack, as the towering forward made a speculative attempt to volley home a well-positioned cross from Joe Kizzi, but the forward's attempt shifted off-target as the striker struggled to find his balance.

As the interval approached, the hosts did threaten the Rovers goal, in what was perhaps the best chance for the National League side. It was trickery from Reeco-Hackett Fairchild that set up the chance, as the former Charlton man hit a low ball across goal that was cleared over the crossbar by Tony Craig, with Cheek set to tap home.

Moments later, Cheek did manage to navigate his away onto a long ball pumped forward, with the striker oblivious to the linesman's flag as he took the ball around van Stappershoef and slotted home, with the offside ruling coming to the rescue for Rovers. 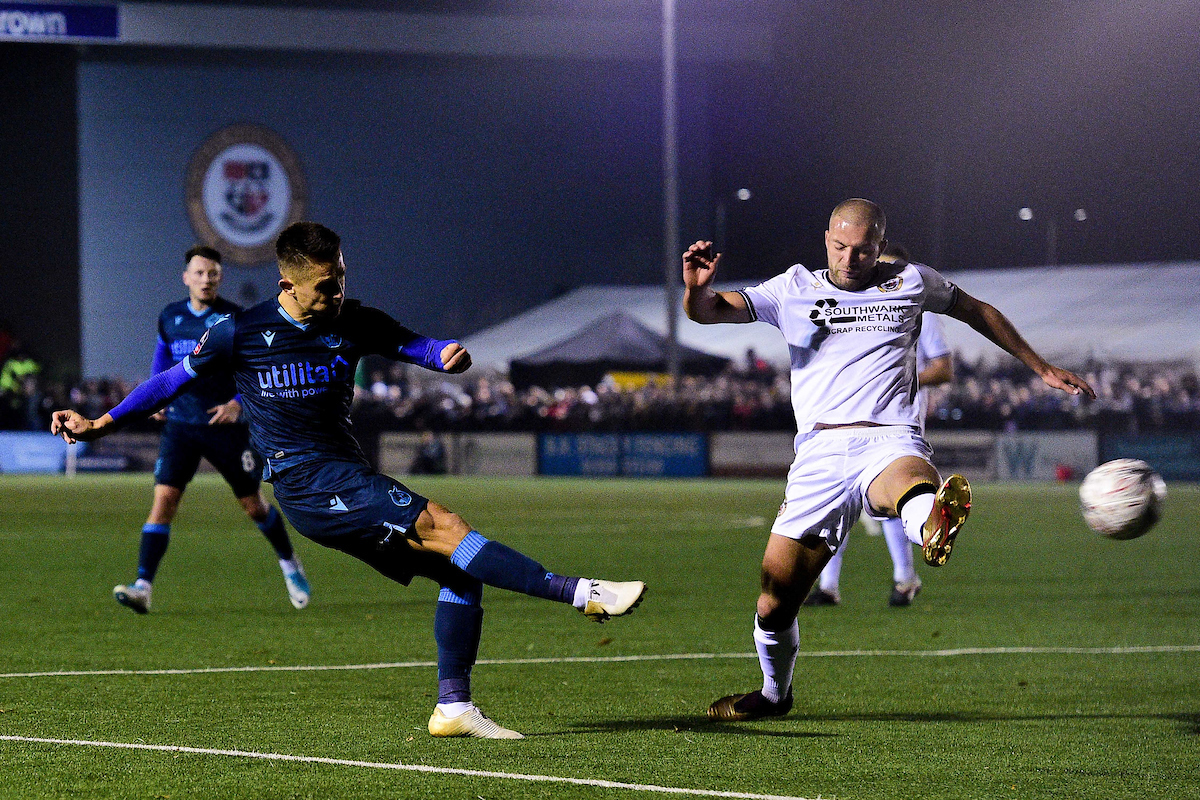 After the restart, Bromley enjoyed a continued spell of pressure, with Rovers having to show determination to deal with a number of set-pieces thrown into the area. The only end result for home side was a rushed effort from Reeco-Hackett Fairchild that never looked like finding the target.

Clear-cut chances were in short supply, but it was the hosts who had the most of the attacking play as the final 45 minutes advanced.

Bromley thought that they have grabbed an equaliser with a little over 15 minutes left on the clock, as a long-throw from Chris Bush snuck into the net. There was a period of deliberation, as the match officials eventually ruled out the goal, as it appeared the throw didn't take a touch on route to goal, with Rovers also having a fairly strong case for a foul in the process on van Stappershoef.

As the contest entered the final stages, Rovers showed good stamina to deal with all that Bromley were throwing forward, as the hosts went more and more direct in their approach. Alfie Kilgour was on hand to deal with a number of crosses that caused a threat, as Rovers held firm to their narrow lead to secure the victory.

With the win, the Gas book a Second Round tie at the Mem against Plymouth Argyle, scheduled to take place on Sunday, 1st December.