Rovers will host both Swansea City and Birmingham City as part of the preparations for the 2019/20 campaign.

A trip to Twerton Park follows on Tuesday, 16th July before Championship outfit Birmingham City travel to the Memorial Stadium on July 20th, followed by the visit of Swansea City on Tuesday, 23rd July.

Rovers conclude their pre-season fixtures with a short trip to Cheltenham Town on Saturday, 27th July.

The Sky Bet League One season begins Saturday, 3rd August - with the fixtures for the new season being released on Thursday, 20th June.

The full schedule of pre-season games can be found below. 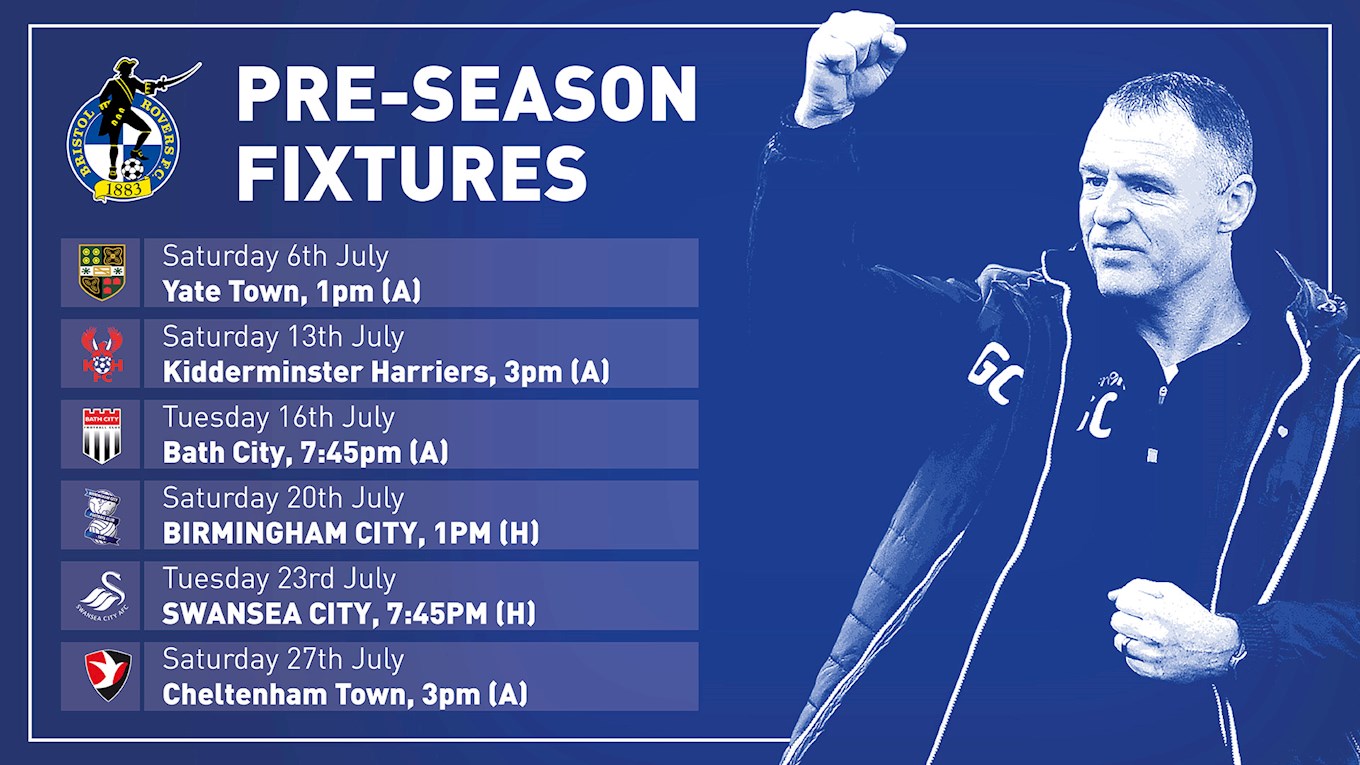 Ticket information for all games will be made available in due course.

The pre-season friendlies for the Development Squad will be confirmed at a later date.