Rovers ended the season in style as they came from behind to beat Championship-bound Barnsley on the final day of the 2018/19 season.

Kieffer Moore headed the hosts in front early, but a red card for Liam Lindsay just before the break swung the pendulum The Gas' way who were able to find an equaliser in the second half through Alex Rodman.

The game looked to be heading for a draw but the ball fell to Rodman five yards out in stoppage time and he fired beneath the keeper to steal all three points.

Rovers had the first half chance of the encounter, as a good move saw Kelly cut a good cross back for Jakubiak about 12 yards out, but the striker hit his half-volley a metre wide of the post.

The hosts had started the brighter and Kelly again was looking to provide as he fizzed a low ball into the near post for Ollie Clarke but Lindsay managed to hack it away.

However, it was the visitors that took the lead with their first chance of the game, in rather scrappy fashion.

A high ball was hung up the back post and met by Mamadou Thiam and well saved by Smith, but the follow up was headed back at goal by Moore and despite a valiant effort to claw it away from Smith, it appeared to cross the line - it was made sure of nonetheless as the rebound ricocheted off Tony Craig and into the net. 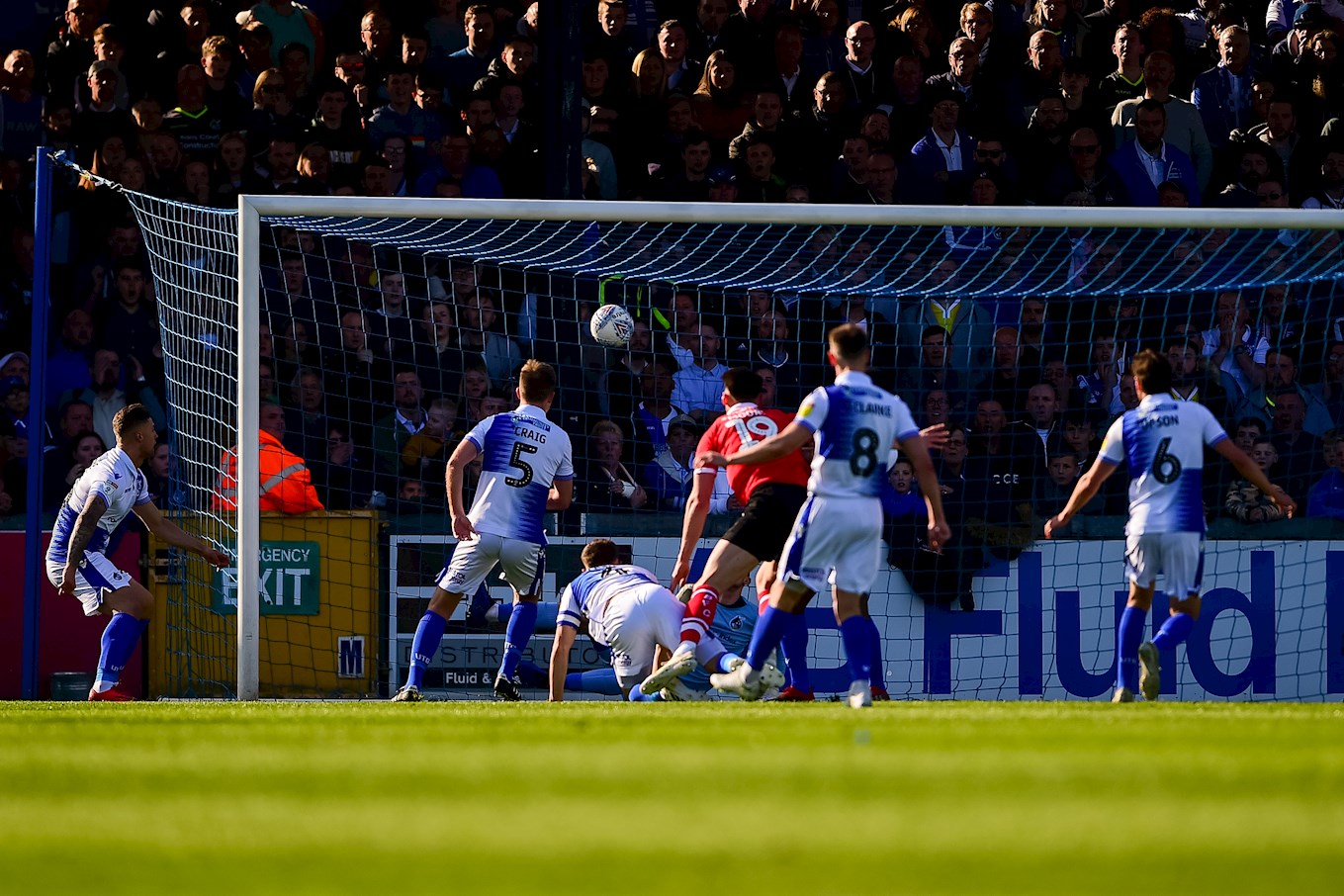 Graham Coughlan's men did look to respond and were having some joy down the right flank, most so when Rodman got free and looked to find Abu Ogogo on the cutback, but a defender did well to swipe it behind from a corner.

The resulting set-piece dropped to Sercombe on the edge of the area, who struck a sweet half-volley just a whisker wide of the upright.

Barnsley still carried a threat in Rovers half, as Moore broke away and stung Smith's palms with a powerful drive from 20 yards.

O.Clarke's certainly had the sights set on his boots from range this season and went close on 33 minutes as his right-footed drive bounced just wide of the far post.

Another decent opportunity fell to Rovers from a corner routine, as Sercombe met Upson's near post delivery on the volley but the ball couldn't find its way through the cluster of bodies.

There was a twist on the stroke of half-time, when Rodman charged down Lindsay in his own half and found himself through on goal, but the Barnsley defender pulled him back and as such received a second yellow and was dismissed.

The resulting free kick was whipped in by Upson and met well by Rodman on his head, but he couldn't get it on target. 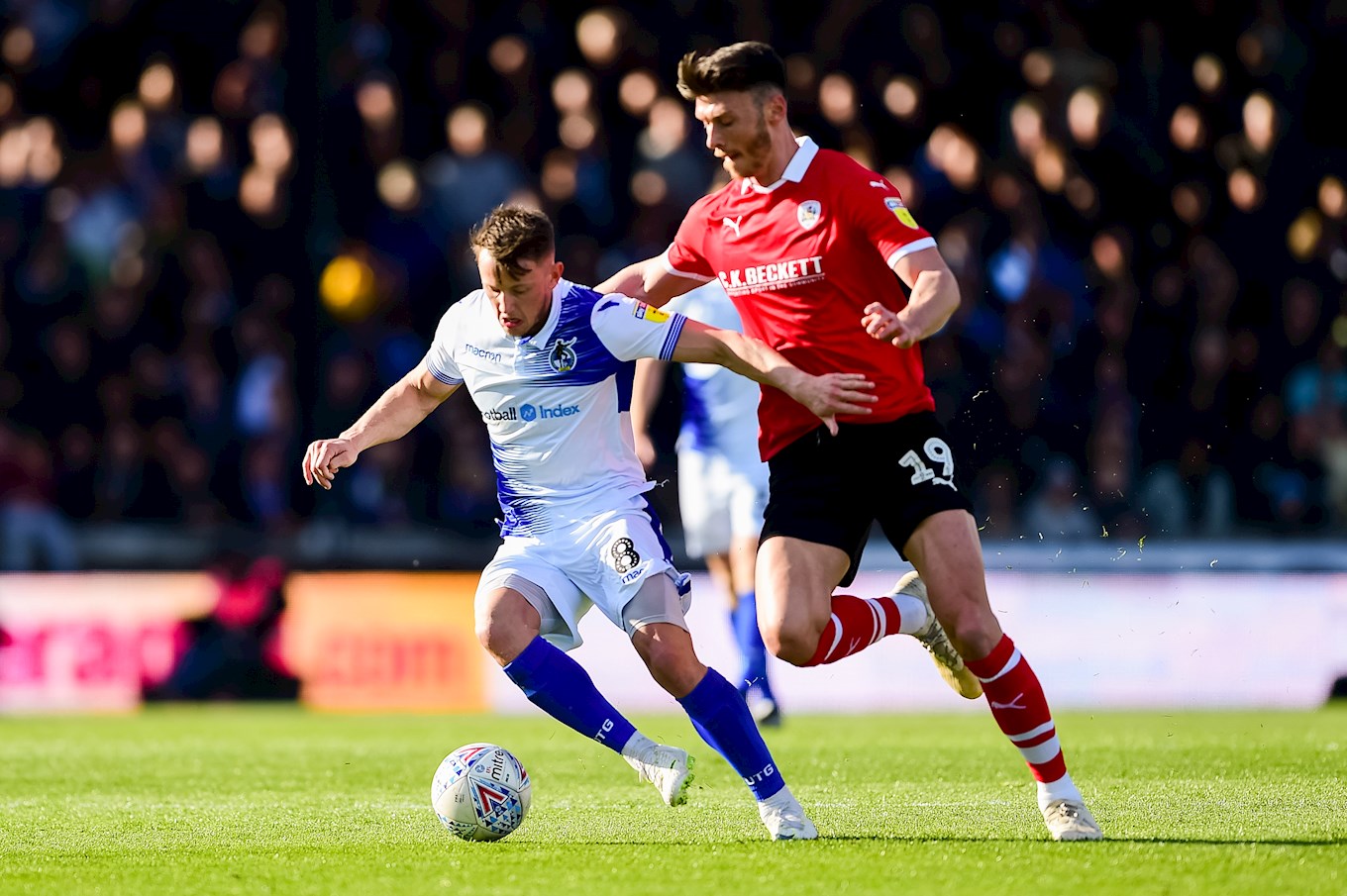 The second half resumed rather tepidly, however a short back pass from Ethan Pinnock almost saw Ogogo profit who had been chasing him down, but keeper Adam Davies was alert to clear.

On 57 minutes, Coughlan made an attacking switch as he brought Gavin Reilly on to replace Ogogo.

It nearly paid dividends a few moments later, when the Scotsman raced through one-on-one thanks to a cute pass from Jakubiak, but saw his effort smothered by Davies. The rebound dropped to Jakubiak who tried to smash it home the SkyBet League One keeper of the Year did superbly to recover and block the shot.

Another good chance went begging just past the hour mark, as James Clarke clipped in a deep cross that Jakubiak flicked on to the back post, Sercombe was there but he couldn't get over his header.

Rovers' pressure and perseverance finally paid off, when Rodman got free to the right inside the penalty area before checking onto his left foot and firing at goal. His effort was saved but recycled by Jakubiak who laid Rodman off whose low effort clipped off Davies onto the underside of the bar and over the line. 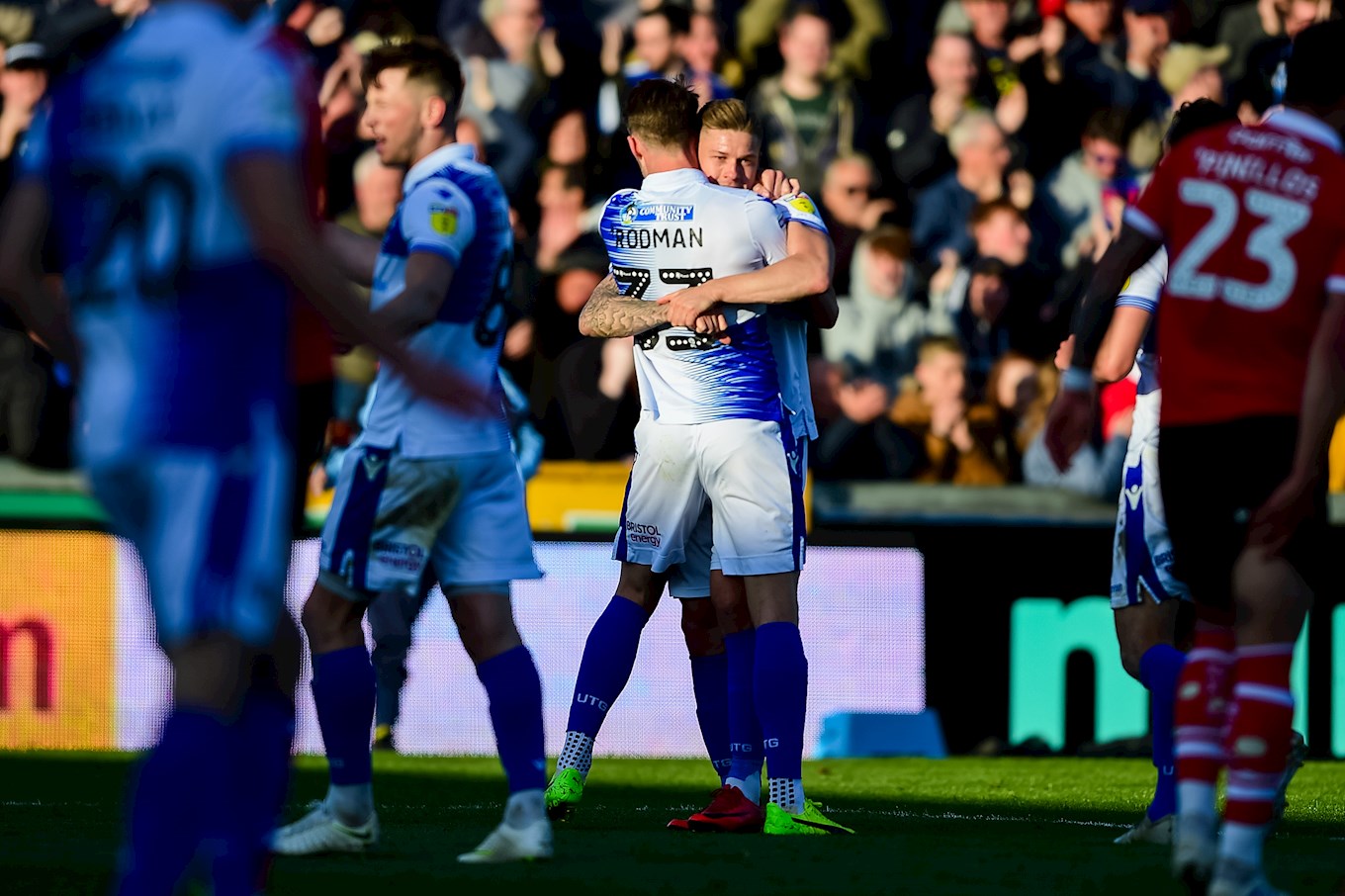 On the 83rd minute, Chris Lines entered the fray in place of Upson to make his 500th senior appearance - a great achievement that was met with rapturous applause from the home support.

The game seemed to be heading for a draw, but there was to be one final twist, when Sercombe fired a deep cross to the back post, that Rodman fired underneath the keeper to bag his brace and all three points for Rovers - a fitting end to the campaign.