Jonson Clarke-Harris continued his rich vein of form in front of goal with a sensational strike to help Rovers to a 1-0 win at the Priestfield Stadium.

Jonson's strike on the hour mark is sure to be a contender for goal season, as the striker found the top corner of the net with a superb strike from all of 30 yards.

The goal topped off what was a professional performance on the road from Rovers, who secured a third win on the bounce, paired with a third successive clean sheet - with the victory helping Coughlan's side navigate closer to midtable in Sky Bet League One. 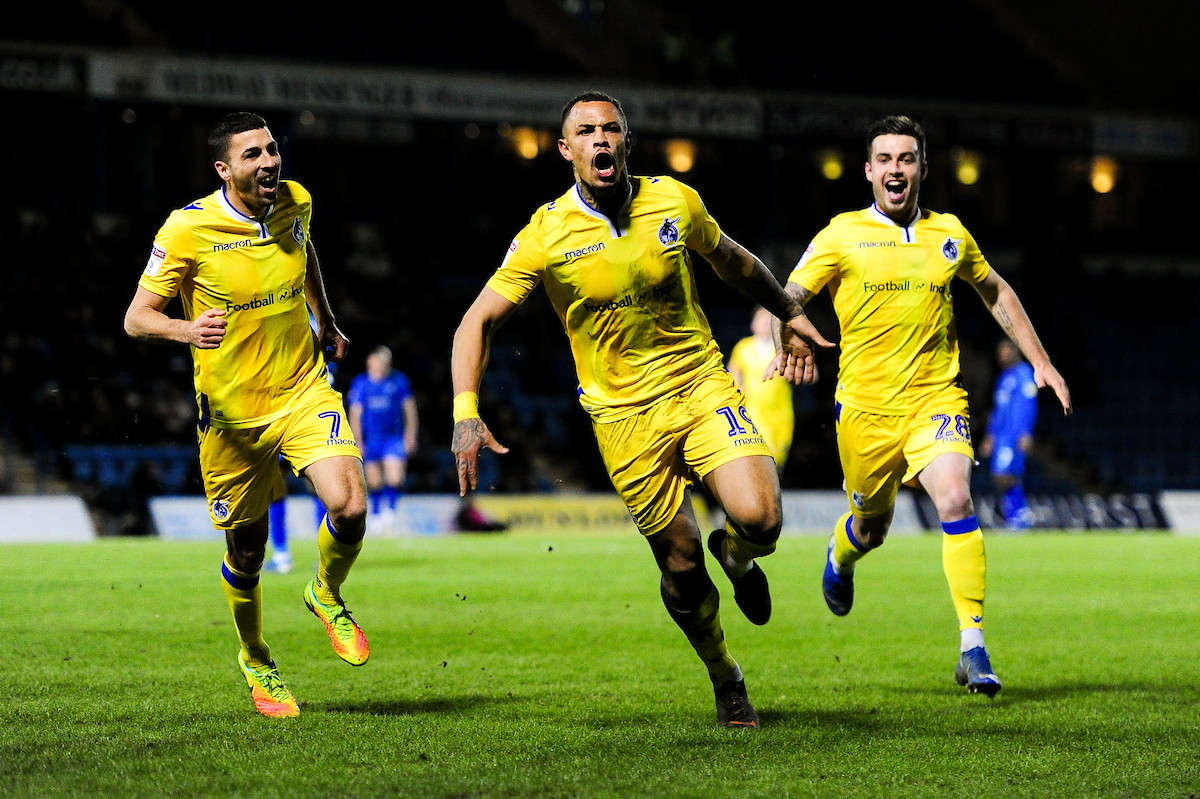 The early stages of the game played out with little opportunity at either end. An early corner for the hosts caused a moment of panic inside the Rovers box, as Jonson Clarke-Harris was able to cushion the delivery into the grateful arms of Jack Bonham to elevate the danger.

Rovers' first look at goal came courtesy of an Ollie Clarke shot from range that flew just wide of goal.

There wasn't much between the sides as the first half progressed. Patient and concise build-up play between Clarke-Harris, Nichols and Sercombe almost carved an opportunity for the later to strike at goal, but the home side were quick to put a block on the shooting angle for the playmaker.

At the other end, Hanlan jinxed down the right before picking out the unmarked Callum Reilly, who flashed a first-time attempt wide of the near post.

On the half hour mark, Rovers enjoyed their best spell of the first-half - as Clarke-Harris rose high in the air to meet a deep cross from James Clarke, with the striker directing his bullet header narrowly wide of the goal frame from a good fifteen yards out.

James Clarke was involved again moments later, drifting a low cross that flew through the six-yard box, narrowly missing the run of Tom Nichols. The chance was quickly proceeded by another threatening cross, this time from Michael Kelly down the left, that almost reached Clarke-Harris at the far-post and had to be turned behind for a corner.

With ten minutes to go until the break, Rovers were forced into an early change, as Abu Ogogo evening was cut short due to injury, with Stuart Sinclair drafted in from the bench as a like for like change in the heart of the Rovers midfield.

As the first-half drew to a close, the hosts assembled a narrow chance - as Ehmer wriggled free from a corner and managed to find space to prod a volley towards goal, but the effort was watched into the side netting by Jack Bonham, who was never troubled by the attempt and the deadlock remained in place into the interval.

In the first offerings of the second half, Bonham had a right-footed effort from Hanlan to contend with, as the forward drove free down the left, but the eventual effort lacked conviction and the Rovers 'keeper was able to make a routine stop.

Rovers in response had a teasing set-piece from Ed Upson flash across the face of goal, with Liam Sercombe trying his luck from range, but Holy was equal to the low effort from twenty-five yards.

The deadlock was broken in some style on the hour mark, with perhaps little surprise to the scorer of the opening goal. Springing to a loose ball inside the Gillingham half, Clarke-Harris was able to jinx past a defender before producing the sweetest of strikes from thirty yards that flew into the top corner to put the Gas ahead, in what was the striker's sixth goal in his last five league outings.

Inside the final twenty minutes, Rovers had to withstand spells of pressure from the hosts. Regan Charles-Cooke looked to have darted in behind the Rovers backline, but alert goalkeeping from Jack Bonham saw the 'keeper dart off his line to knock the ball away from the onrushing forward.

Rovers were almost gifted an opportunity to add to their lead as Gills 'keeper Holy spilt a corner, but recovered in just enough time to pounce on the loose ball ahead of the lurking Alex Jakubiak.

As stoppage time approached, Alfie Kilgour was an introduction for Alfie Kilgour, as the young defender made his EFL debut to cement the lead, which Rovers managed to do as the clock ticked down.