Rovers and Charlton Athleti played out a 0-0 draw in unappealing conditions at the Mem, yielding a point that each side would probably reluctantly accept.

There were times, on an extremely blustery March day in North Bristol, when rather than watching football in the cold, when one may have considered staying in to watch a classic movie would be more preferable. Gone With the Wind, perhaps.

After three consecutive league victories, Graham Coughlan named an unchanged side for the third match in a row, mean Abu Ogogo was passed fit to play. He lined up alongside Ollie Clarke, making his 200th Gas league appearance.

Approaching the ten-minute mark of the game, a corner swung to the far post was met by Patrick Bauer, to the feet of danger-man Lyle Taylor, but the striker’s right-footed flick slammed against his standing leg, and Rovers swept the ball to safety.

The wind was the main feature of the opening stages. Many a ball travelled into the aptly-named Poplar Insulation stand, taken by the westerly winds that hampered both sides’ rhythm in the early exchanges.

It took a very good Tom Lockyer interception to prevent what would have been a simple finish for Igor Vetokele from a Taylor low cross, and moments Michael Kelly intervened as Ben Reeves dithered when through.

At the other end, James Clarke and Liam Sercombe got into good crossing positions, but their crosses went beyond everyone, like golfer with the wind behind flying his approach shot through the back of the green.

Charlton, playing with three centre-backs, were asking their wing-backs to press high, and it nearly paid dividends. A cross by right wing-back, the phonetically paradoxical Anfernee Dijksteel, reached his left-sided-counterpart Ben Purrington, but his low effort was blocked by another intervention by Lockyer. After Ben here, Charlton pressed on. 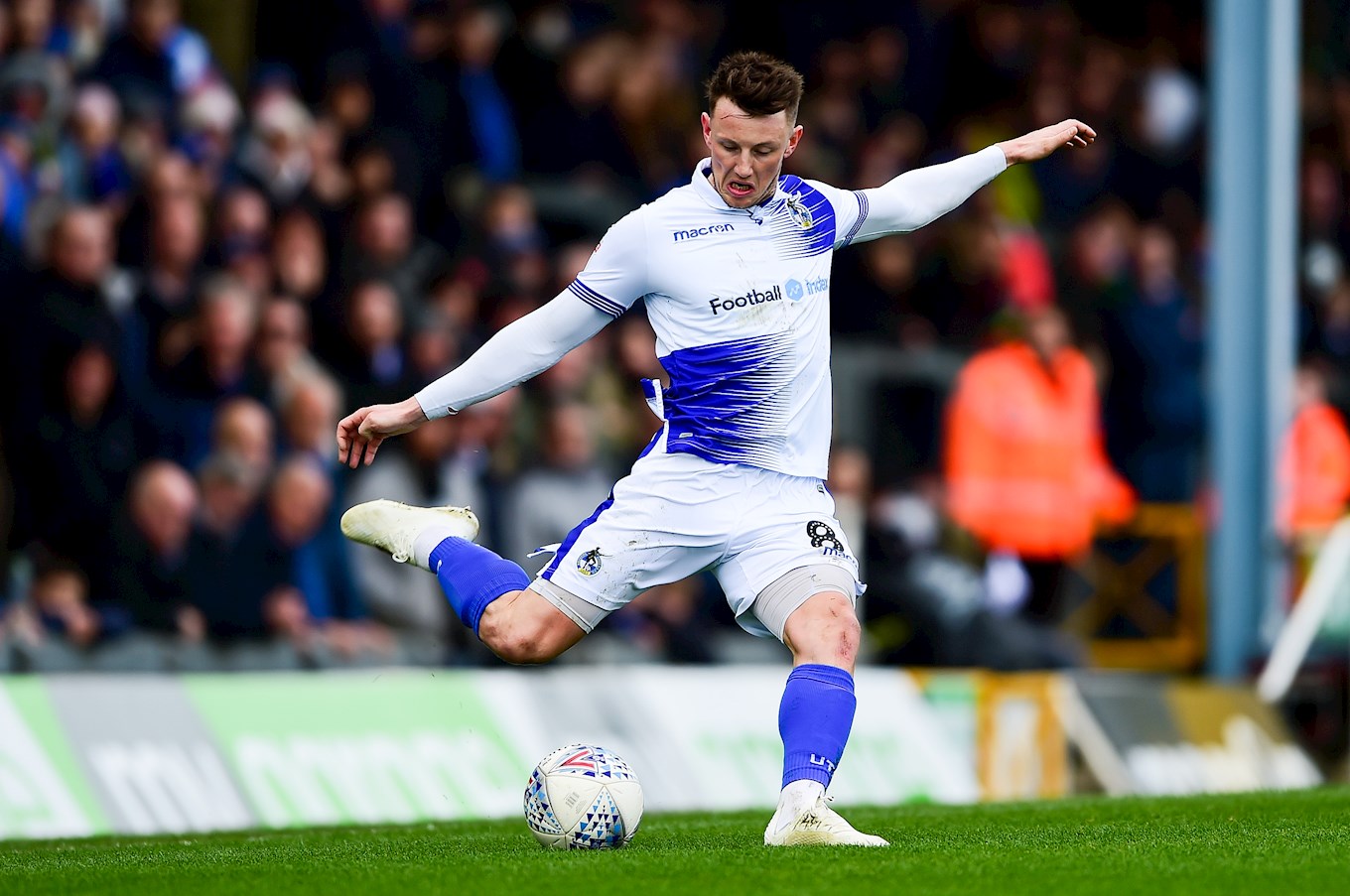 The Addicks were paying close attention to in-form Jonson Clarke-Harris, but occasionally that attention was too close. One particular run by the forward ended in him being pulled to the ground, and from the free-kick, Clarke-Harris evaded the wall and was only stopped from opening the scoring by a sensational save by Dillon Phillips.

A series of corners for Rovers caused panic in the Addicks ranks, as the swirling winds made it virtually impossible to grasp the ball. Eventually, the ball fell to Ed Upson, whose shot was blocked at close-range, and Charlton were able to smuggle the ball to safety.

Soon after, Josh Cullen’s incisive through-ball found Vetokele, whose quick touch and shot was effective, but was saved well by Jack Bonham. In the dying seconds of the half Cullen had the ball in the net, but his tap-in came from an offside position and the half ended goalless.

A Charlton free-kick resembling a hockey penalty corner opened second half proceedings, with Ollie Clarke’s glancing header proving important in keeping the scores level. At the other end, Ogogo volleyed from 25 yards but the ball did not dip in time to test Phillips.

Charlton, starting to get more on top as the second period progressed, brought on Josh Parker and Joe Aribo as alternative options. In turn, Rovers replaced Nichols with Alex Jakubiak.

Rovers’ sub seemed to have the most effect. After good build-up play by Jakubiak, a Rovers attack looked to have broken down, but Ollie Clarke brought down a high ball, then fired a shot from distance not far wide.

Jakubiak went on another run and made Phillips work from a tight angle, as the atmosphere inside the Mem ratched up a notch or two.

Taylor looked frustrated at not being able to get into the game. Lyle, missing his old partner Tate, went into the book for a less-than-refined tackle on James Clarke. Judging by his haircut, Nicky Clarke might have been a better target for him.

From a right-wing corner, Michael Kelly’s low delivery found its way to Ollie Clarke. The ball rather struck the number eight rather than the other way around, and fell into the hands of the rather grateful Phillips.

Charlton were suddenly starting to look a little edgy, and from another lapse in concentration, Clarke-Harris seized the ball, carried it well, and released Jakubiak, who finished well. However, the flag for offside had been quickly raised, and the jubilation was quickly extinguished.

Suddenly this game was alight. A low cross from the right almost fell for Taylor, but as Rovers cleared, Upson played a sensational high, diagonal ball to Sercombe, who did well to control and head for goal, but was denied by a superb recovery challenge by Dijksteel.

Rovers tried again, this time Sercombe knocking into Phillips’ hands from close range, although he would have been offside even if had been converted.

At the other end, Rovers had to scramble to clear as the ball cannoned around in the area, then Charlton squandered the corner as the final minutes ticked away.

Despite late frustration, Rovers can reflect on yet another clean sheet, and a point against a high-flying side.

After all, tomorrow is another day. 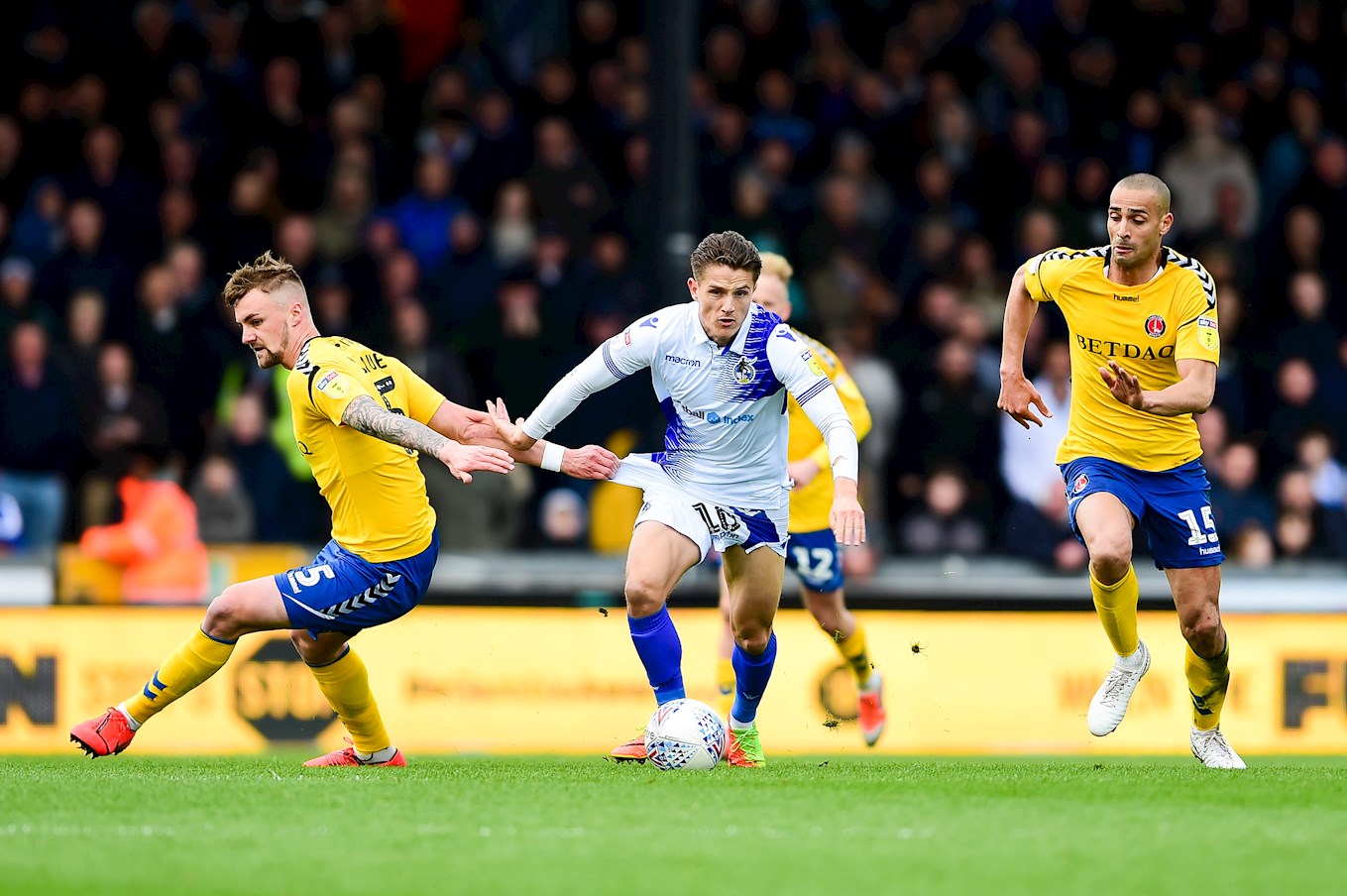