We are pleased to announce, following a positive sales period, that 2019/20 Season Tickets are once again available to buy.

Taking on board feedback from the fanbase, Season Tickets will go back on sale for another four-week window.

Over 4,000 Season Tickets have been sold for the new season, with supporters now having an extended opportunity to buy for the new campaign, as well as taking advantage of the finance option offered by Premium Credit.

If you are a first-time Season Ticket holder or have switched your Season Ticket to a different section of the ground (or changed seat row/number), you will be issued with a new Season Ticket card.

Supporters who have renewed Season Tickets in the same area of the stadium will have the new season loaded on to their existing card.

Prices have been frozen from the last sales window for Season Tickets - with the various prices listed below. 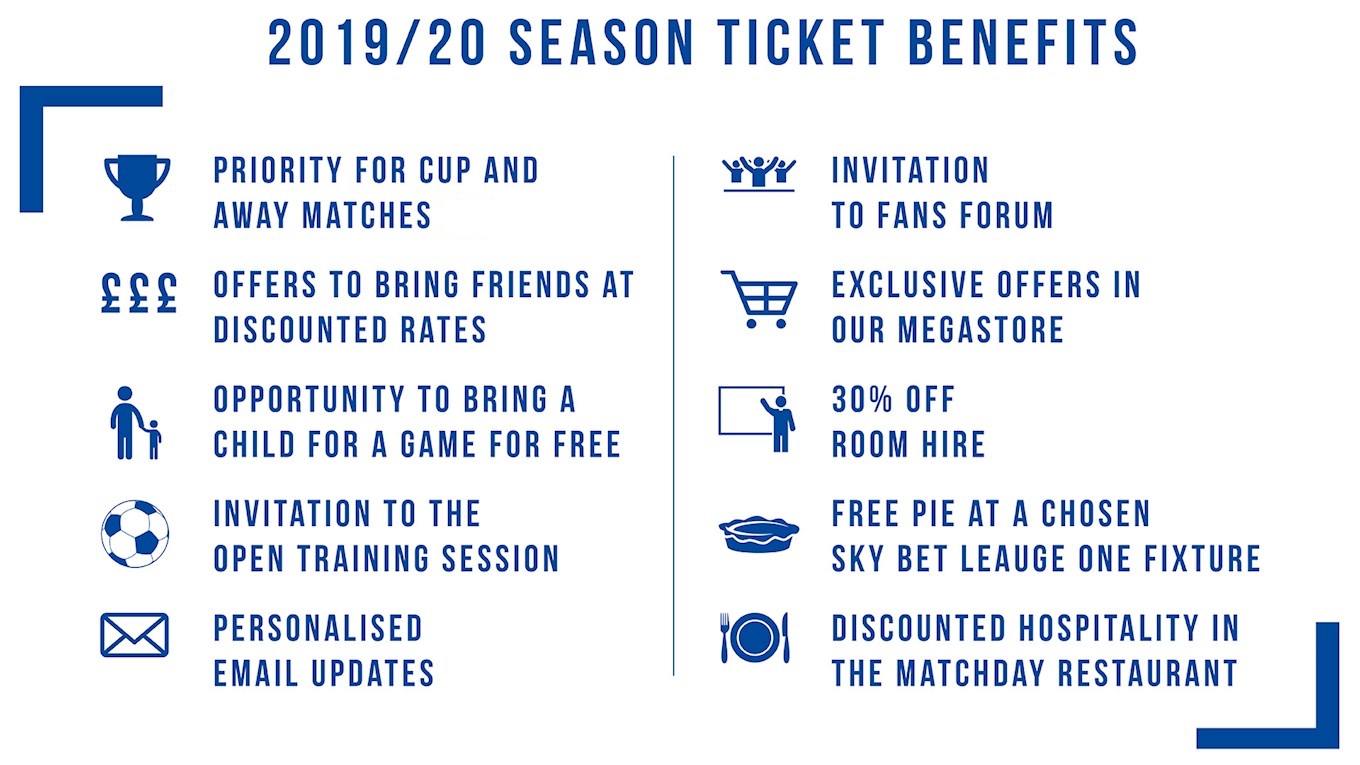