The Rovers squad gather more minutes in a stern pre-season test at Kidderminster.

The majority of the Rovers squad completed 70 minutes or more at Aggborough, as the intensity of pre-season fixtures took a solid upturn in Worcestershire.

The home side struck the post early on, as Ed Williams' free-kick hit the frame of the goal inside the opening ten minutes.

Ashley Chambers' goal put Kidderminster ahead just ten minutes before the break - latching onto a through ball and lifting a finish over Jaakkola.

Rovers had a chances to restore balance to the scoresheet before the interval, with Alife Kilgour going close with a thundering header from six-yards out.

Tom Nichols grabbed the goal to bring the scores level shortly after the break, with the striker timing a run to perfection to meet an inch-perfect cross from Luca Hoole, with the header from Nichols looping into the far corner. 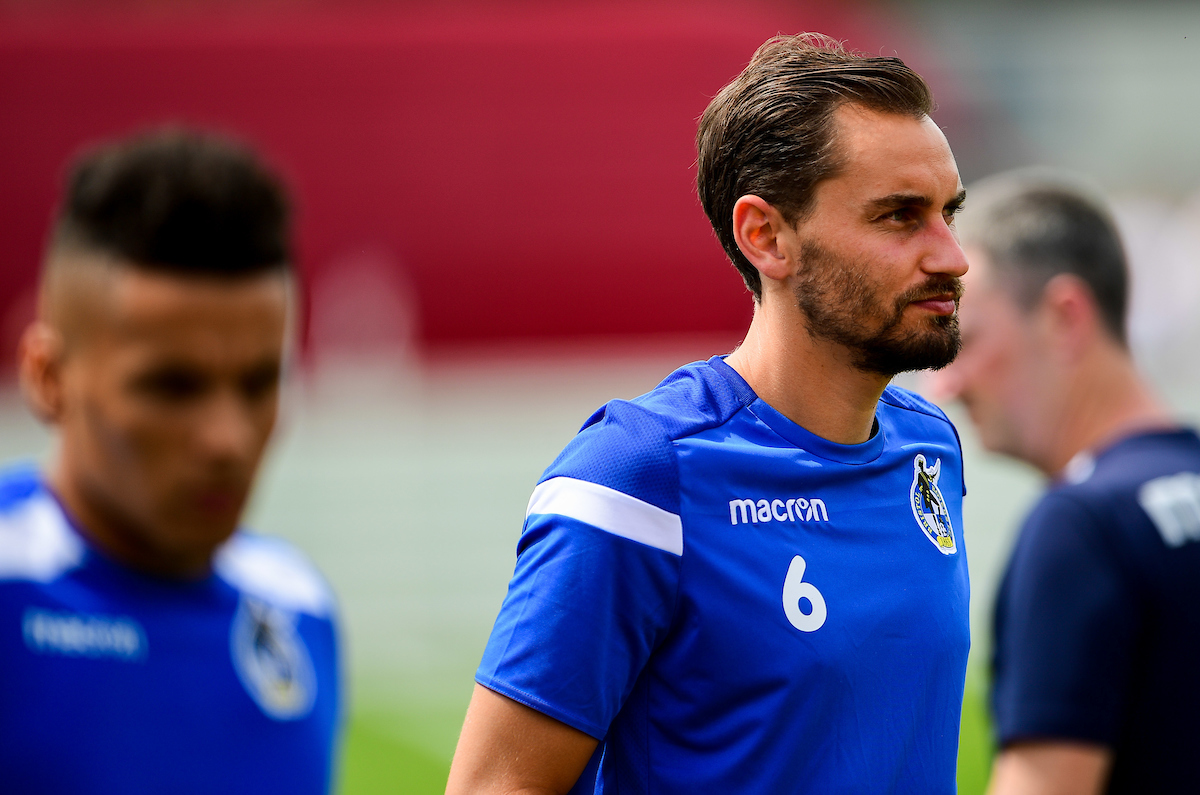 Ahead of kick-off, Rovers were boosted by the return of midfield duo Ed Upson and Abu Ogogo, as the pair featured in the starting XI for their first appearances of pre-season.

Loanne Tyler Smith was paired with Tom Nichols in attack, joining Luke Leahy in the starting XI, with Manager Graham Coughlan opting to add both of the week's new arrivals to the line-up.

In terms of early chances, there was little to separate the sides as the opening stages played out.

The first opportunity of the game was registered when a foul on Ashley Chambers earned the home side a free-kick, twenty yards out from the Rovers goal. Ed Williams stood over the set-piece and drifted a curling effort onto the frame of the goal.

Chambers was involved in the final third again moments later, as the striker peeled away from his marker to guide a low cross from Williams just wide of the target drilling a low effort back across the face of goal.

Jaakkola was called into action as the 20-minute mark approached, with Rovers 'keeper making an athletic save to pluck a well-struck effort from Ed Williams out of the air after the forward navigated his way inside the Rovers area.

A set-piece helped Rovers assemble their first chance of the contest shortly after Jaakkola's stop. Ed Upson provided a tempting cross that forced Kidderminster's trialist 'keeper to punch the ball clear inside the congested penalty area. The rebound fell to Abu Ogogo, who struck two quickfire attempts towards goal that were both blocked inside the crowded goalmouth.

The move was followed by an inswinging corner from Mark Little that evaded the host's backline, who made several attempts to head clear. The delivering found its way to the back post, Alfie Kilgour couldn't quite head the ball towards the target, with the defender off-balance.

Rovers had  Anssi Jaakkola to thank for the scores remaining level midway through the first half, as the towering 'keeper made a brave save to deny Milan Butterfield, who was played through on goal and had just the goalkeeper to beat. The Fin timed his lunge at the midfielder's feet to perfection, sweeping the ball clear before Butterfield could apply the finish.

The home side did break the deadlock in the final ten minutes of the first-half. It was the lively Chambers that recorded the opening goal, as the forward ran in behind the Rovers defence to meet a Sam Austin pass and was able to hold his composure to lift the ball over the onrushing Jaakkola.

Rovers had the opportunity to list an instant response, as Ed Upson stroked a free-kick to the far post which swung into the run of Alife Kilgour. The defender was able to attack the ball and connected well with a close-range header, but from a narrow-angle could only coax his attempt into the side netting.

At the break, Liam Sercombe and Luke Russe were deployed, as straight swaps for Ed Upson and Abu Ogogo, as the rest of the line-up remained the same for the second half.

Less than three minutes after the break, Rovers carved out an opportunity to test the host's goal. Tom Nichols was able to force his way to meet a throw-in from the left by Leahy. The striker protected the ball and was able to turn sharply before directing a forceful effort to the near post that was well stopped.

The momentum from Rovers continued and the equalising goal soon followed. It was a teasing cross from Luca Hoole that began the move, as the youngster was able to fire the ball into a dangerous location along the six-yard box, where Tom Nichols was able to adust his run to glance a header into the far corner to add to his impressive goal tally from Wednesday's friendly in Dublin.

With the encounter back level, the tempo of the game increased. Rovers were fortunate that Jaakkola was alert to make a stop with his feet to deny Chambers after the forward broke down the right to force an opening on goal.

On the hour, substitute Liam Sercombe sliced open the home side with a forceful run forward into the final third, as the midfielder shifted the ball to Tom Nichols, who saw his attempt from inside the box deflected clear by the Kidderminster goalkeeper.

Nichols' quickly turned provider for a chance for Tyler Smith, who forced the Kidderminster trialist goalkeeper to make a close-range save after the forward had opted for a lofted finish that the 'keeper was equal to.

Graham Coughlan made nine changes with twenty minutes to play and it was substitute Gavin Reilly that almost formed an instant impression, firing fractionally wide of the target from the edge of the area.

The chances kept presenting themselves for Rovers, as Deon Moore reacted quickly in the area to poke a Michael Kelly cross towards goal, but the striker saw his effort bounce back off the post.

There was time for one final chance for Rovers to pick up a late winning goal, as Michael Kelly's cross from the left picked out Alex Rodman, who directed a header that glanced the crossbar.

In the final ten minutes, a high cross from Kyle Bennett glided towards Deon Moore, with the striker flicking the ball with an outstretched leg around the goalkeeper, but the effort was rushed clear in the goalmouth by a covering defender.