Rovers booked a place in the final four of the Checkatrade Trophy with a comfortable victory at Mem over Port Vale on Tuesday night.

Ollie Clarke set the tone for the evening with a fine individual goal inside the opening 20 minutes.

Port Vale were reduced to ten men on the hour mark, as Rovers added two goals in the space of five second-half minutes from both Tom Nichols and Alex Rodman to cement the victory and progress to the semi-final stage of the competition. 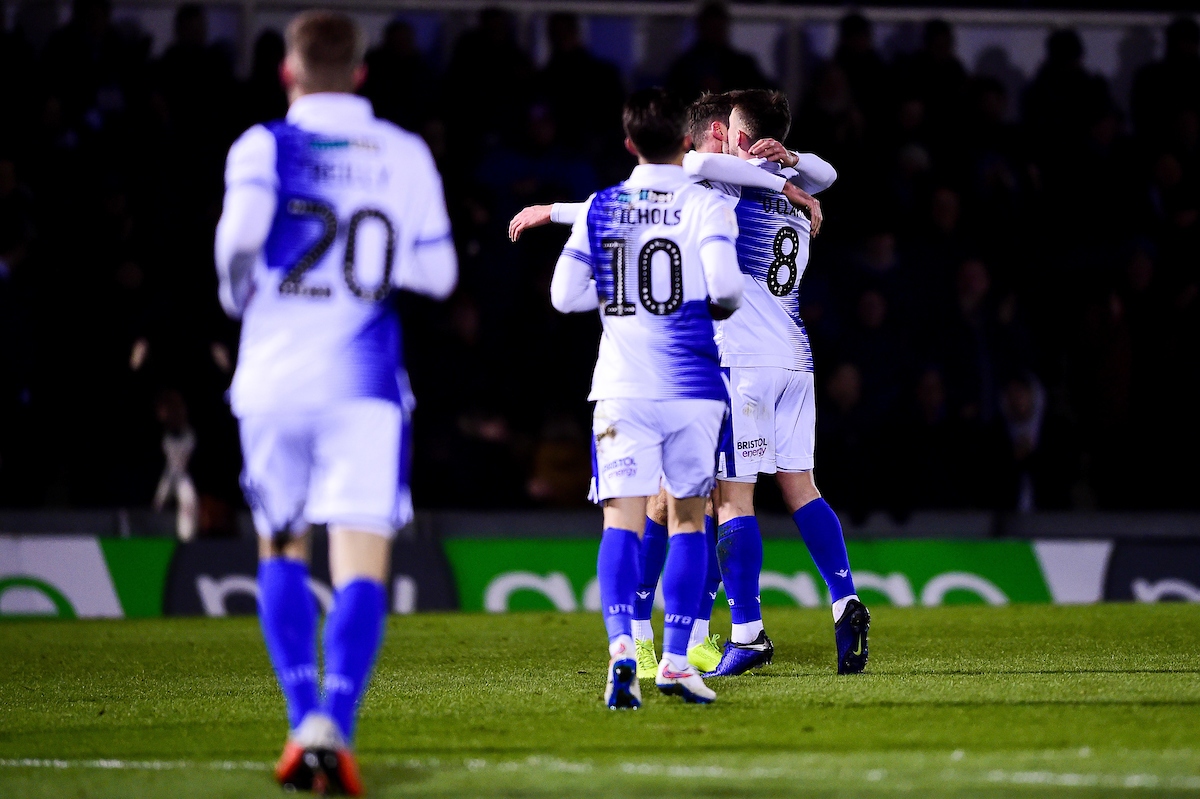 Inside the early stages, there was little to separate the sides, as chances proved to be at a premium. Rovers enjoyed the fair share of possession, but against an organised unit couldn't force a way to more dangerous areas.

It took a fine showing of individual brilliance to create the first opening and subsequently the first goal of the game. The spark came from Ollie Clarke, as the midfielder conducted a fine turn to change direction in the middle of the park before charging forward. With options either side, Clarke edged closer to goal and eventually struck a sweet strike that darted into the bottom corner to open the scoring.

With a goal on the board, Rovers had an instant chance to add another as Tom Nichols squared a pass across the face of goal for Gavin Reilly, but the striker stroked the finish just past the target, in what was a finely crafted move.

The game enjoyed a much more lively tempo as the first half progressed. Rovers had a number of chances to test Brown in the Port Vale goal. The clearest cut opportunity came as Rodman drove in from out wide a looked to set the ball for Tom Nichols to glance home, but Theo Vassell bravely interfered and touched the ball away from the striker's reach, just as Nichols was set to fire home.

As half-time approached, Rovers looked in firm control of the game. A cultured ball into the box from a berth out wide on the left from Tareiq Holmes-Dennis almost fell for Gavin Reilly to glance home with a close-range header, as Rovers demonstrated a flair that produced some free-flowing football.

Late on in the first half proceedings, Rovers had a golden chance to add the security of a second goal, as Rodman battled to win an aerial duel and was able to win possession of the bouncing ball and drive towards goal. The winger set himself and produced a powerfully struck attempt that Brown in the Port Vale goal could only parry, as Tom Nichols made good contact with the rebound, but his effort bounced back off the upright.

As the final forty-five minutes began, Rovers had to be alert to a number of deliveries forced into the penalty area, as a series of headers from Joe Partington and Tom Lockyer eased the danger for Coughlan's side. Lockyer was called upon to make a vital challenge to halt a forward run from Danny Elliot, as the substitute looked set to run in behind the Rovers back-four.

At the other end, the lively Rodman leapt to meet a Holmes-Dennis cross and directed a forceful header towards goal that crept over the crossbar.

On the stroke of the hour, the visitors were reduced to ten men, as Tom Conlon was shown a second yellow card for a rash challenge on Ollie Clarke that left the referee little choice but to show the midfielder his marching orders.

Rovers took no time at all to make full advantage of the extra man and looked to stretch the play at every opportunity. Just two minutes after the dismissal of Conlon, Rovers were awarded a penalty after Port Vale skipper Kay tripped Ollie Clarke inside the box.

Nichols was tasked with taking the penalty and from twelve yards made no mistake, with a confident finish into the bottom corner that flew out of the reach of the diving Brown. 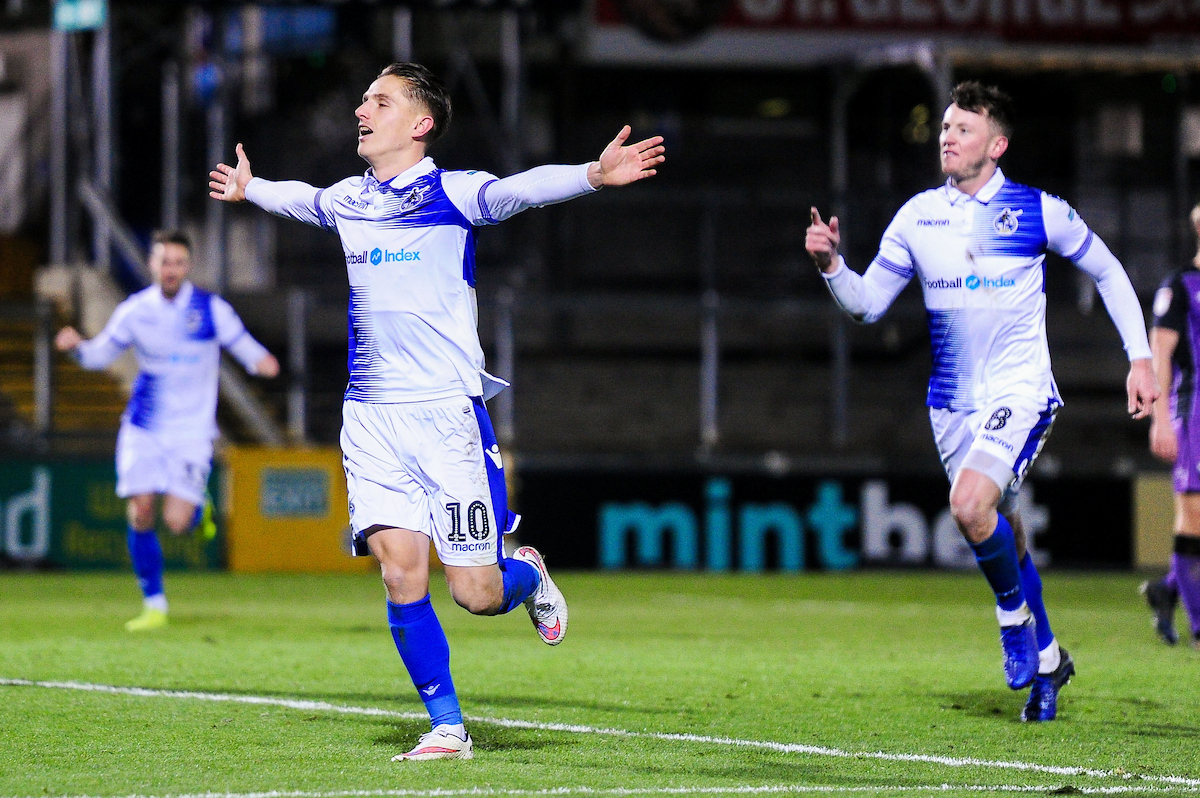 The chances kept coming from Rovers, as Ollie Clarke forced Brown into making a stop down to his left with a smartly struck strike that the 'keeper couldn't until the last minute.

Rovers were rewarded with a third goal five minutes later, as a perfectly weighted cross from Tareiq Holmes-Dennis swung towards the back post where Alex Rodman was on hand to cushion home a first-time finish, for his third goal in nine games.

Inside the closing stages, Rovers controlled the game and still played an expansive style, with the majority of the play taking shape inside the Port Vale half. Vale did create a chance for a late consolation goal, as Nathan Smith forced a header narrowly over the Rovers crossbar.

Rovers had the last chance, as Liam Sercombe drove a low effort on goal from the edge of the area that bounced back off the inside the post that would have capped off what was already a succesful night for Rovers.