Rovers clinched a useful point and went six games unbeaten as they played out a stalemate in treacherous conditions at the Wham Stadium on Saturday afternoon.

Rovers perhaps had the best of the chances and possession in the first half, with Alex Rodman going close with a header.

After the break, it swung the other way and Jack Bonham played a vital role in keeping the hosts out, who piled on the pressure throughout.

The changes saw the likes of Tony Craig, James Clarke, Ollie Clarke, Alex Jakubiak and Tareiq Holmes-Dennis all return to the starting XI. 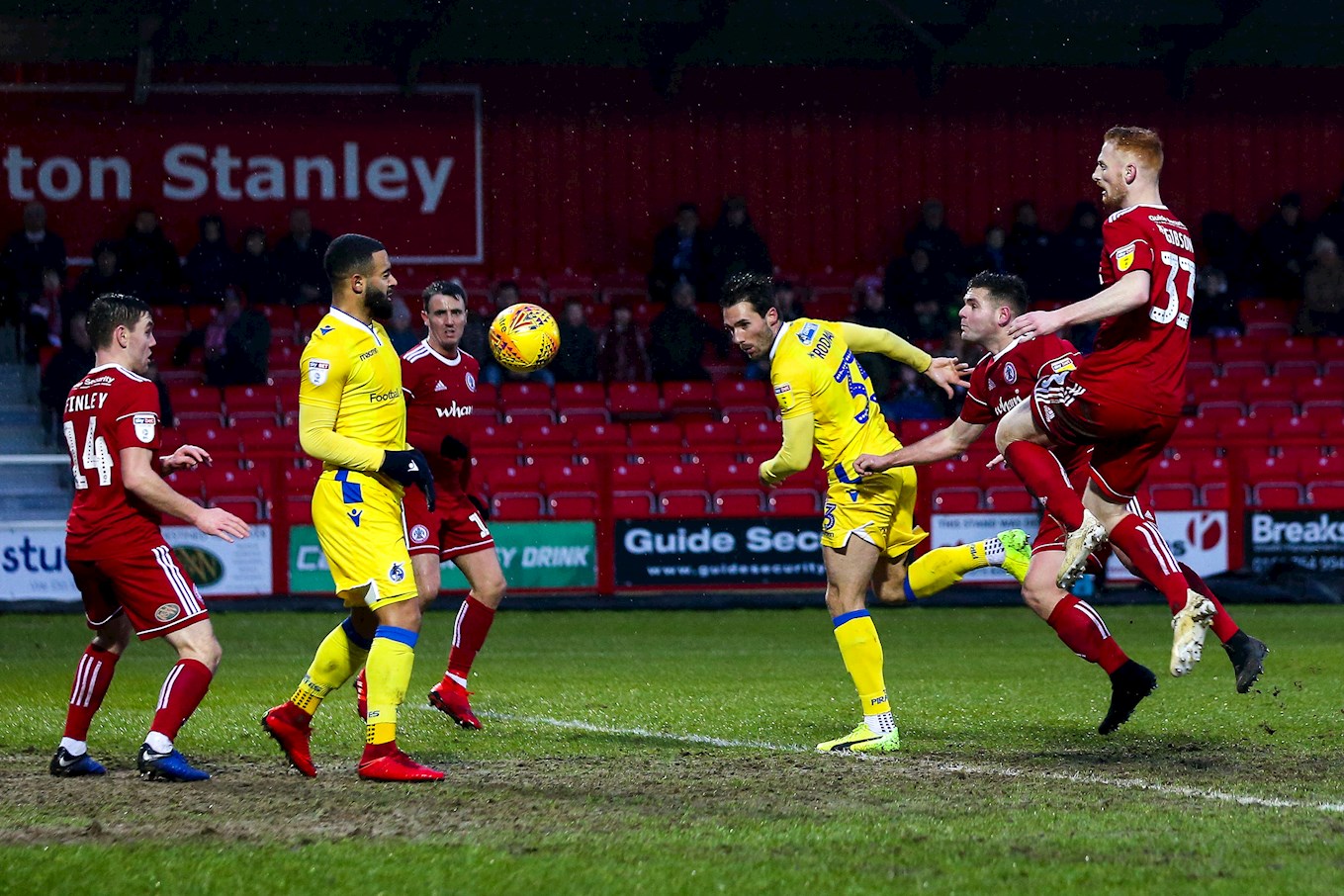 Jakubiak has enjoyed some fine form in recent weeks and gave Accrington an early warning as he surged down the right flank with speed and power, he had Liam Sercombe and Rodman as support in the box but he scuffed his cross.

A good spell of pressure from Rovers followed, notably when Sercombe broke beyond the midfield and slid in Holmes-Dennis on the left side, he struck for goal but Callum Johnson blocked well.

Holmes-Dennis has been featuring regularly on the left side of midfield since Coughlan took over and demonstrated his capability in the final third further as he showed some nice skill to ghost into the area and evade two challenges, but his pass was cleared.

Accrington's leading scorer Billy Kee got his first eye in on 17 minutes, as he drove a powerful free-kick from 30 yards and forced a fingertip save from Bonham, although it may have been precautionary as the ball looked to be heading wide anyway.

Jakubiak was continuing to cause problems for the host on the break and particularly when peeling off down the right, as he was released early by Rodman and stood up Ross Sykes and almost found Sercombe with a low cross but it was cut out well by Jonny Maxted.

He was involved again as he and Holmes-Dennis hunted for possession high up successfully, before setting O.Clarke on the edge the box, his strike was good but a deflection took it just wide.

Ed Upson delivered the corner and Rodman made a smart run across the face of goal and got his head to the ball, but his low header skipped just wide of the goal.

Whilst Rovers were asking more questions than their hosts, Stanley weren't without their threat and Bonham had to produce an outstanding reaction save at the back post to keep out a good effort from close range from Liam Armstrong.

Bonham was called into action again as Accrington looked to finish the half strongly, with the Rovers stopper doing really well to beat away a point blank strike from Jordan Clarke.

The Gas' keeper was needed once more moments later as he parried away a decent long distance hit from Liam Gibson. 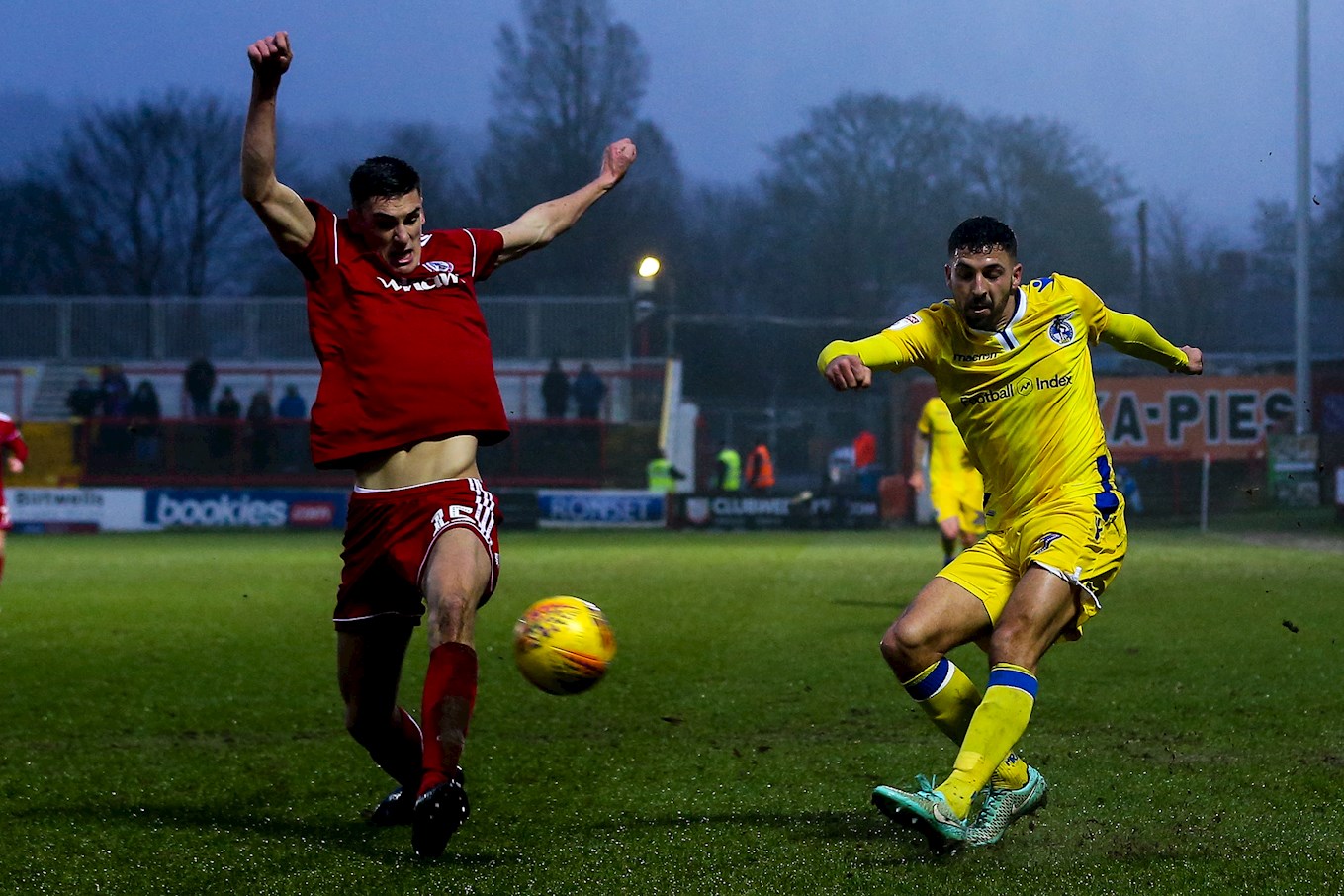 As the players came out for the second half the rain continued to pour, as did the dogged nature of the game.

Stanley begun it the better side however and were asking questions of the Rovers defence which remained resolute inside the first 10 minutes of the second half.

Bonham had been tasked with plenty of work before the break and was required twice in quick succession around the 55-minute mark, first getting down to his left to deny Armstrong had done well to get a shot away on the spin and the cutting out a low cross from the right.

Shortly after, Coughlan made his first change as he swapped Holmes-Dennis for Gavin Reilly, who joined Jakubiak up top as he had done frequently in recent games.

Accrington continued to probe and Armstrong was involved again as he looked to latch onto a chipped ball at the back post but his effort was hindered by good pressure from J.Clarke.

Sean McConville had an effort held from Bonham which Rovers sparked a counter from, Jakubiak once again reminding the hosts of the threat he posed as he galloped down the left flank but his cross was just short.

Corners were at a premium for Rovers in the second half but they got one on 82 minutes that was delivered well by Sercombe to the back post, Tom Lockyer met it but was thwarted by an Accrington defender, with strong allegations of handball from the away contingency waved away by the officials.

Despite the rugged, battling nature of the game, the referee had not issued one yellow card - that was until O.Clarke went into the book for preventing his opponent from taking a quick free kick.

As we enter the closing stages it was clear the hosts were eager to pinch all three points and almost did so in stoppage time when Armstrong rose highest from a corner and headed across goal but his effort fell just wide.

With the final minute of added time approaching expiration, Rovers had one last chance to snatch the win, which admittedly would have been a tad cruel on Stanley.

Coughlan's side broke with purpose and the ball made its way to Sercombe 25 yards out, he was chopped down and awarded a free kick in a promising position.

Sercombe stood over it and unleashed a venomous strike which looked to be heading in but Maxted lept impressively to his left and produced a great save to ensure the spoils were shared.