Rovers picked up a point on their travels against promotion-chasing Portsmouth at Fratton Park.

Jonson Clarke-Harris' first goal for Rovers put the Gas ahead in the contest just before the half-time break.

The striker opened his account for the Club with a well-struck penalty - converting from the spot-kick that he won himself, to put Graham Coughlan's side in front, in what was an opening 45 minutes of few chances.

On the stroke of the hour, the hosts pulled back level, as a Curtis' cross from the left was met by Omar Bogle, who managed to bundle home a close-range header under pressure from James Clarke.

Rovers had the opportunity to restore their lead moments after Bogle's header, as Rovers were awarded their second penalty of the evening, but on this occasion, the Clarke-Harris blasted his effort from twelve yards over the crossbar.

The point extends Rovers' unbeaten streak away from home to six games - ahead of entertaining Sunderland at the Mem this Saturday. 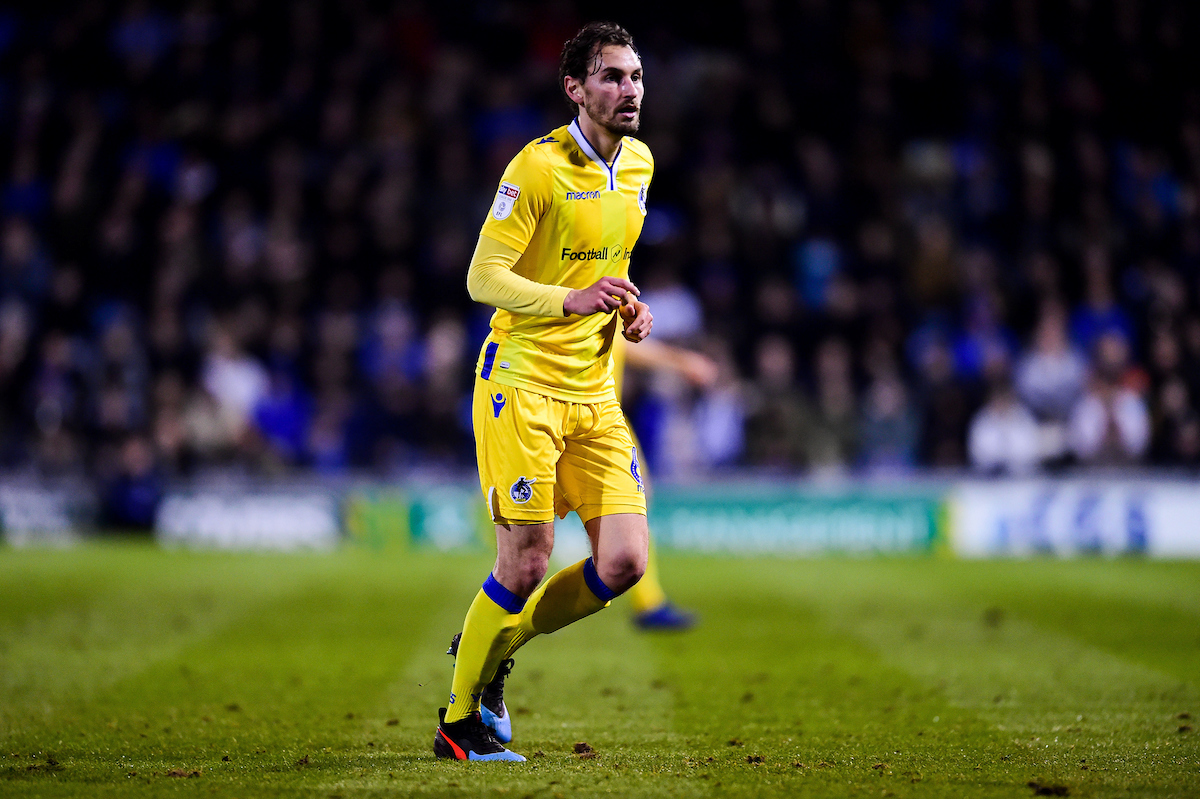 Ahead of the encounter, Graham Coughlan opted to make four changes to the side that drew against Shrewsbury ten days prior.

The headline change on the teamsheet saw Jonson Clarke-Harris make his first Rovers start - as the forward was joined in attack by Alex Jakubiak, following a positive display from the duo as second-half substitutes last weekend.

James Clarke was also included in the starting XI, as Ed Upson completed the quartet of changes. 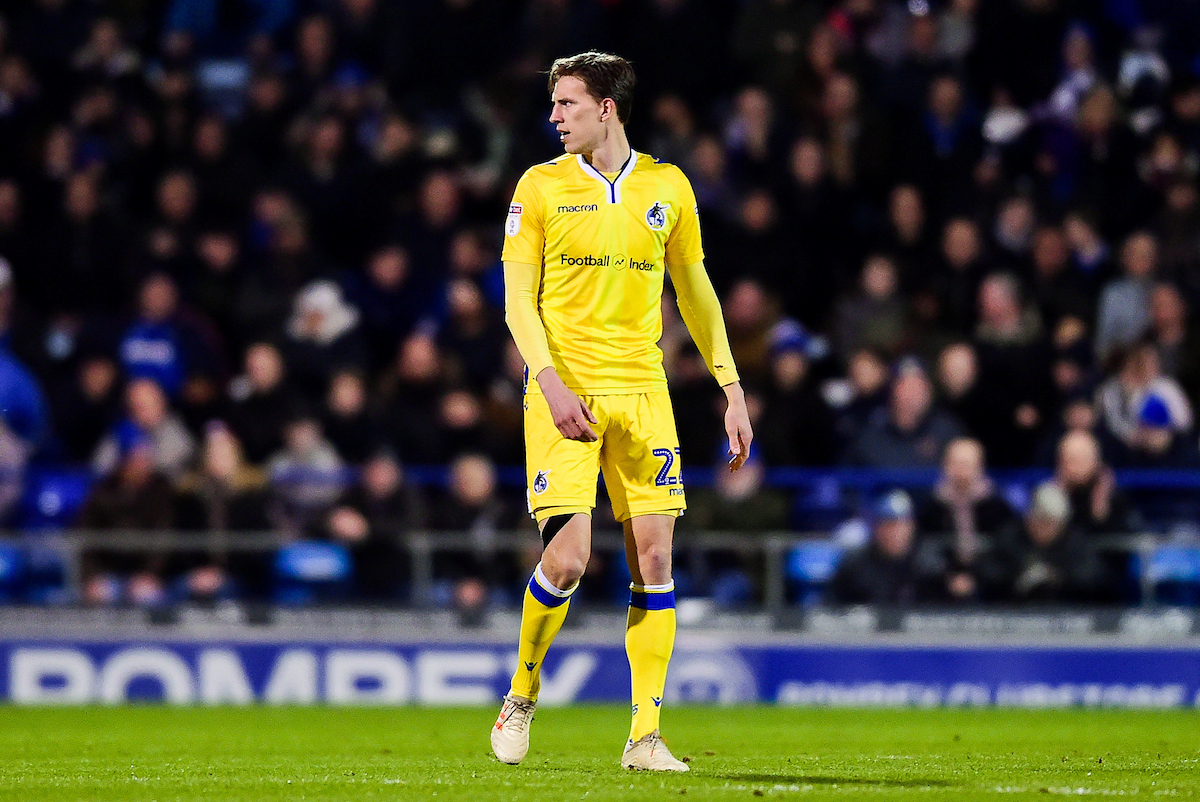 There was early concern for Rovers - as free-kick was conceded almost immediately following the kick-off. Evans stood of the set-piece and drifted a set-piece into the penalty area that Jack Bonham held with ease.

Rovers' first chance came via a powerful strike from Jakubiak that caused MacGillivray issues in the Portsmouth goal, as the 'keeper couldn't stake a claim to the shot that kept low from twenty yards out. Jonson Clark-Harris narrowly missed out on the rebound, as the loose ball was rushed away from the striker by Matt Clarke.

Jack Bonham had to be alert to meet a snapshot from Ronan Curtis that crept towards the target, as the Rovers shot-stopper made a routine stop to gather the attempt.

Perhaps the best chance of the half fell the way of the home side on the half-hour mark. Ronan Curtis drifted in behind the Rovers back line to meet a glanced header from Oli Hawkins and was able to draw Bonham off his line. The forward was able to lift a finish over the frame of Bonham that held in the air and eventually bounced back off the inside of the post - as the linesman's flag was eventually raised to signal for offside.

Rovers took the lead with just under minutes left to play in the first half - as Clarke-Harris was bundled down inside the Portsmouth box under a challenge from Tom Naylor. The striker dusted himself down to take the spot-kick, placing a confident finish out of the reach of MacGillivray to open the scoring. 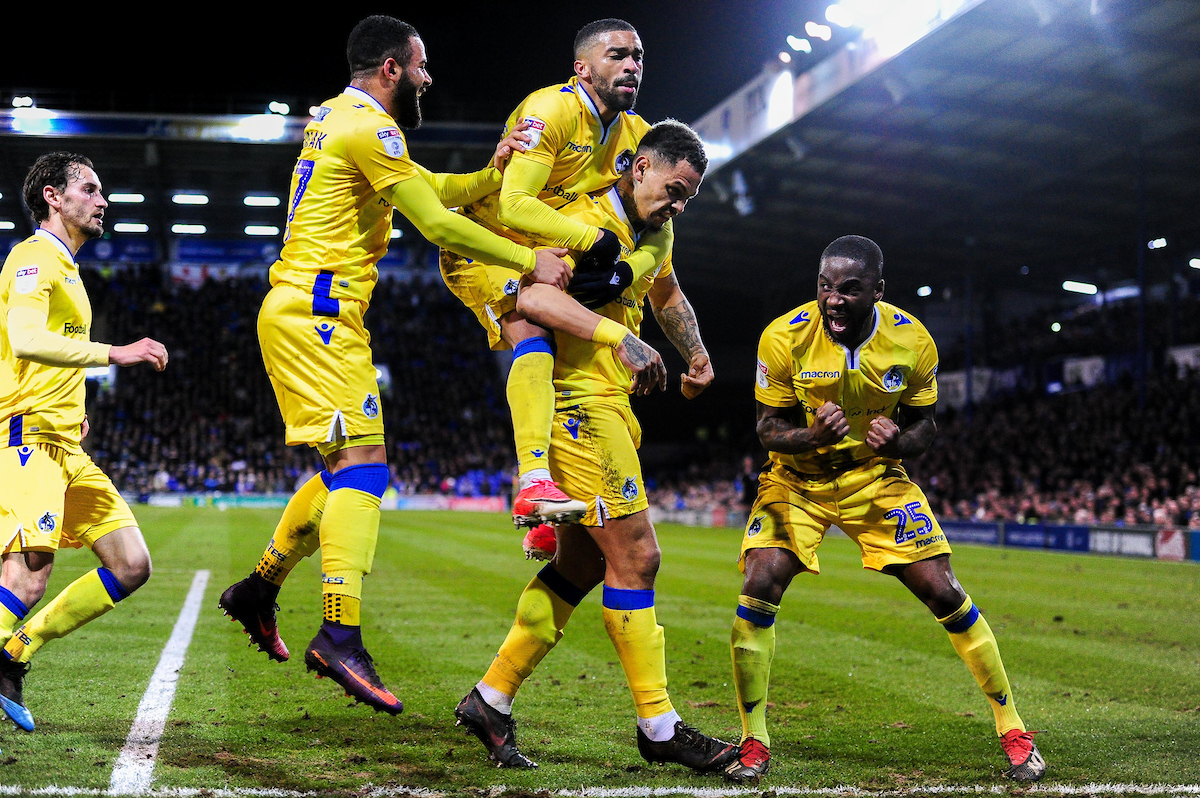 After the interval, bolstered by the goal, Rovers came out sprightly. A fine combination of passes down the left from Holmes-Dennis and Jakubiak forged an opportunity, but the last pass in the move edged just out of the reach of the latter, who would have been through on goal.

Moments later, Jakubiak looked to shape a side-footed shot towards goal, as the effort was deflected into the path of Liam Sercombe, who mistimed a first-time effort that veered wide of goal.

Clarke-Harris seemed to be enjoying giving the Portsmouth back line the runaround, as the striker managed to beat the Burgess to a ball in the air and break towards goal with the ball at his feet - as his eventual shot soared across the surface but was gathered by MacGillivray.

The hosts managed to find a way back into the encounter to draw level on the hour. The opportunity came as Curtis' clipped a ball in from the left that climbed into the path of Omar Bogle, as the forward bundled home a close-range header after battling with James Clarke in close proximity to the Rovers goalmouth.

The scorelines were level for a matter of minutes, as Rovers were awarded their second spot-kick of the evening. Tom Naylor was again the culprit, dragging down James Clarke, who darted to meet a return pass inside the Portsmouth area.

Jonson Clarke-Harris again stepped up to take the resulting penalty, but on this occasion opted for power and directed his attempt over the crossbar.

Gavin Reilly was introduced as the first roll of the dice from Graham Coughlan. The substitute was instantly involved, thrusting forward down the left and angling a useful ball into the box that almost picked out Clarke-Harris at the far-post, but MacGillivray pounced on the delivery to claim the cross.

Inside the final ten minutes, Lee Brown came close to forcing Bonham into making a save, but the former Rovers man mistimed a volley unmarked inside the penalty area. At the other end, an awkward cross from Gavin Reilly was cleared over the crossbar by Christian Burgess.

As the clocked edged closer to full time, a late set-piece from Liam Sercombe caused carnage in the Portsmouth area. The ball finally dropped for Abu Ogogo to strike a volley, which the midfiedler did, but he his effort was blocked and eventually cleared by the hosts, as the sides both settled for a point.